Kruje, a small city in Albania, has quite a lot to offer. One of the main attractions of Kruje is the Kruje Castle and the relatively new Skanderbeg National Museum hosted inside. Once there, we were received by an English fluent local tour guide who took us through the local Albanian history since the medieval times. 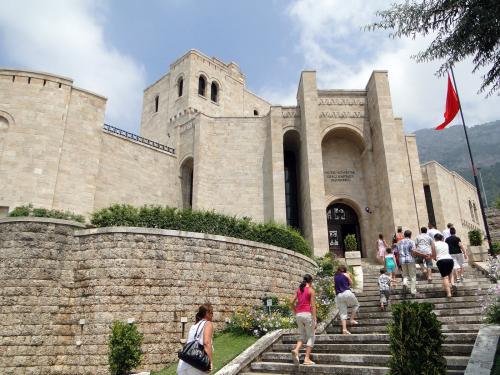 The Kruja Skanderbeg Museum has the intro.

The national museum "GJ. K. Scanderbeg" has been inaugurated on 1 November 1982, build in Kruja castle on the left side of its entrance. The architect of the museum are Pranvera Hoxha and Pirro Vaso.

The museum is build in Kruja because it was the center of the Albanian epopee in XV century in the war against the ottoman and its name becomes known in all Europe. Three sieges (1450, 1466, 1467) failed and the ottoman conquered the castle only in year 1478.

The building characterizes a memorial. In the external architectural choice are distinguished two main parts, the outstretching horizontal part with the main big rooms and the part with vertical accent, regarded as the north Albanian towers. The internal spaces are designed un a way that the ambiences interweaved by creating an uninterrupted space as is even the history presented in this museum. History, architecture and art linked as one. There are used historic architectonic elements like the heavy pillars and stone arches. Art compositions, stone and wood engravings, wrought iron as well as maps, graphics, glass paintings have value of historic auxiliary material.

Wikipedia has the general overview about the Skanderbeg Museum:

The Skanderbeg Museum is in Krujë, Albania. It honors Gjergj Kastrioti Skanderbeg (1405–1466), a national hero of Albania. The museum is located inside Krujë Castle and the restored bazaar. The citadel includes a restored house from the Ottoman era that is now the Ethnographic Museum.

Photography inside is generally forbidden (though that didn’t seem to bother the local Albanian tourists), but you can have a look of the area surrounding the museum. 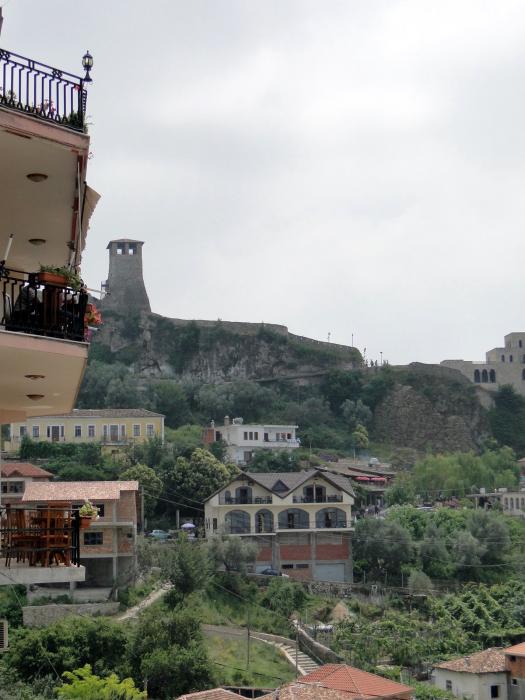 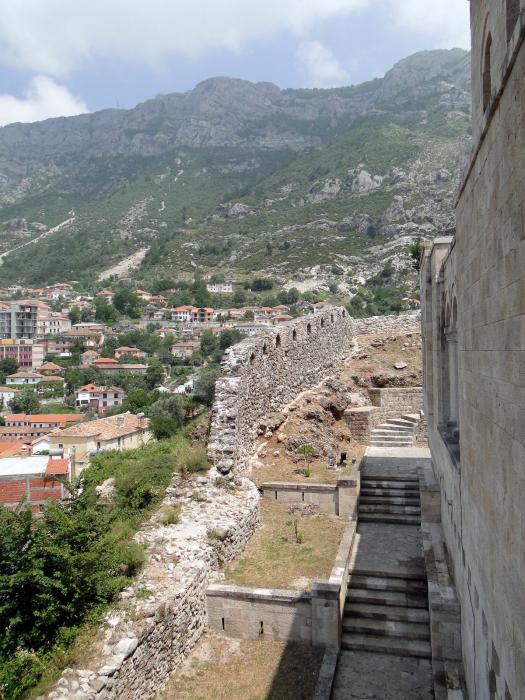 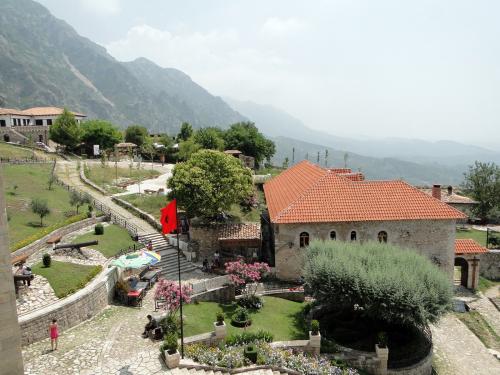 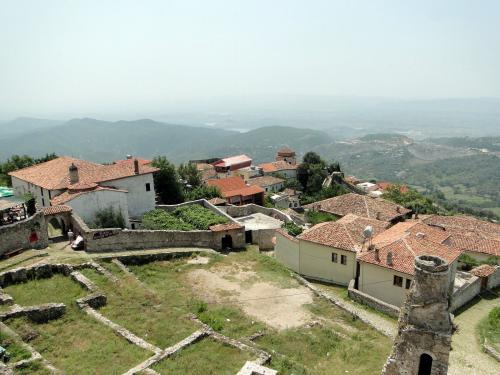 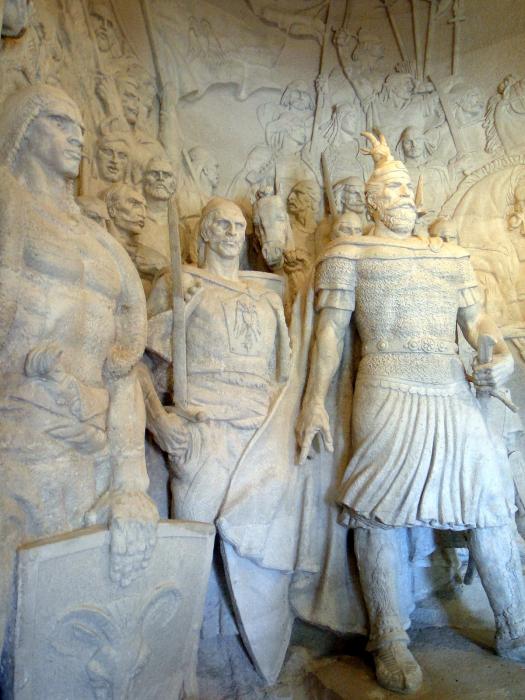 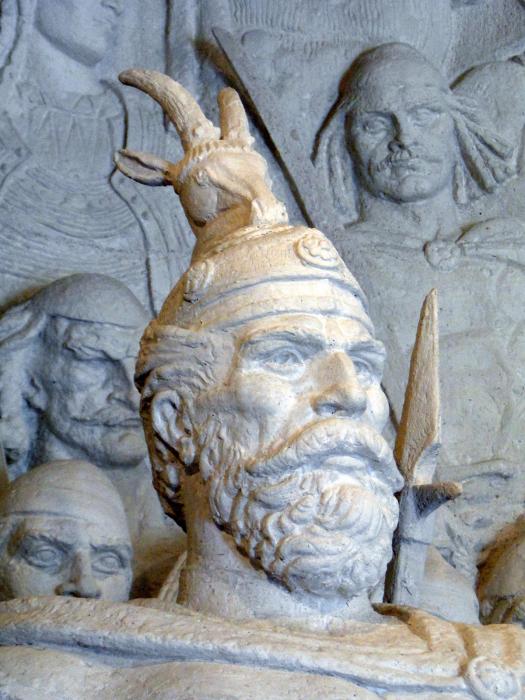 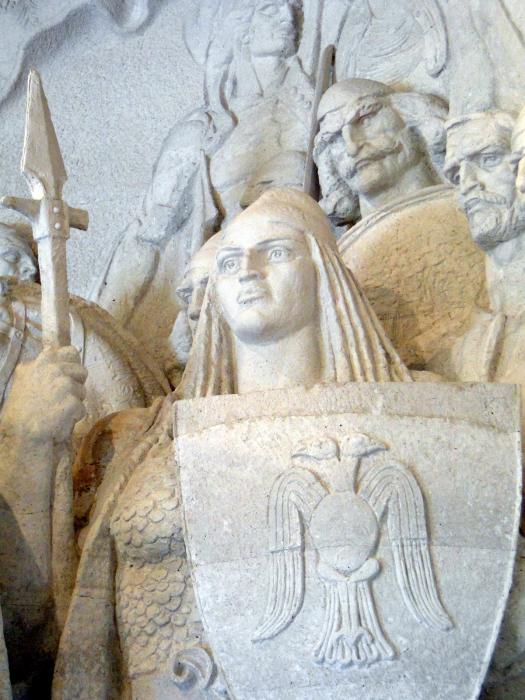 This last statue standing next to Skanderbeg, BTW, is his warrior wife. A true Albanian feminist inspiration.

A bit of the insides, from the less restricted sections… 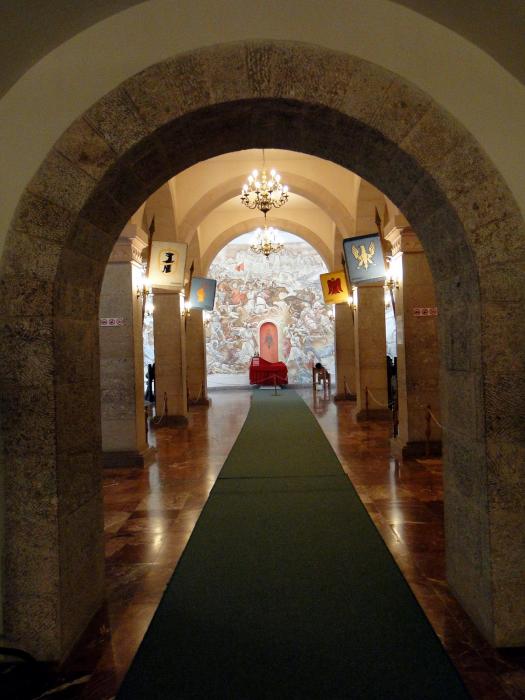 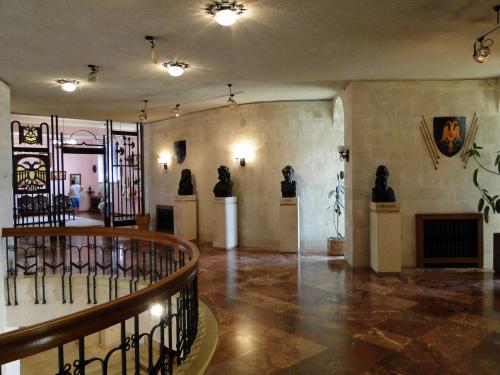 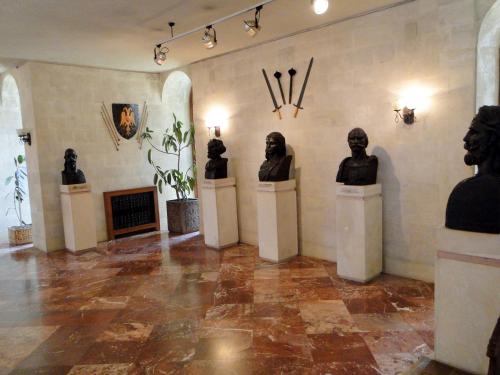 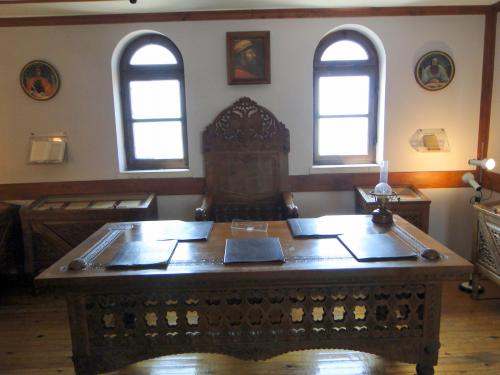 If you want a more in-depth tour of the actual museum, the official homepage gallery offers more photos.