This post is a wrap up of my visit to Albania’s little town of Kruja. So far, I’ve mentioned Kruja’s old bazaar, the  Kruje Castle and Skanderbeg National Museum and the terrific little National Ethnographic Museum. Still, there’s one little attraction not too far away from all those that’s worth mentioning – the Dollma Teqe, perhaps the closest to the theme of my tour – exploration of Balkan religions. 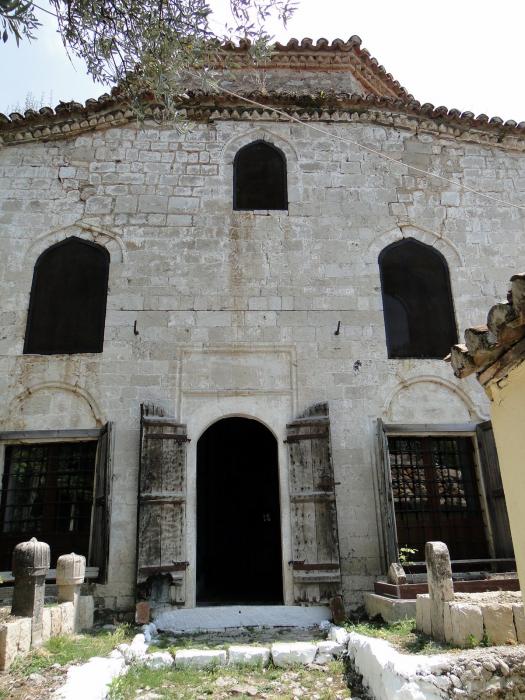 The Dollma Teqe is a small Bektashi temple.  If you’re not sure what Bektashism is, you’re not alone. Aside from vague tales of the mysterious Sufi order from my sister who did a related masters on the topic, I knew almost nothing about them. While visiting my sister in Istanbul-Turkey, I had my first encounter with that unique culture, and it was embedded in many of the religious places I’ve visited in the Balkans.

Wikipedia explains a bit about the order :

Bektashism (Albanian: Bektashizmi or Bektashizëm; Turkish: Bektaşilik) is an Islamic Sufi order (tariqat), the teachings of the Sufi order were approved and patronized by the Ottoman Sultans. It was founded in the 13th century by the Islamic saint Hajji Bektash Wali. The Bektashi order was greatly influenced during its formative period by both the Hurufi missionary Ali al-‘Ala (15th century) as well as the Qalandariyah Sufi movement, which took on many forms in 13th century Anatolia. The order was reorganized by Balim Sultan in the 16th century.

The Sufi order of the Bektashi, was founded by Hajji Bektash Wali, he settled in the Ottoman capitol of Edrine and entered the service of Sultan Murad II. He was given the task of converting the Christian youth recruited into the Janissary and the Devşirme to Islam.

Hajji Bektash Wali combined the inclusive teachings of Islam and Christianity; furthermore he adhered to the traditions of Sunni, Shi’a and the Twelvers. Among the first tenets of the Sufi Order was the recognition of the Islamic Trinity, that combined Allah, Muhammad and Ali. The Sufi Order was adhered overwhelmingly by the Janissary and the Devşirme. It spread widely throughout the Balkans where Sufi houses of worship are known as Tekke.

Bektashism is considered to have blended a number of Sunni, Shi’a and Sufi concepts, although the order contains rituals and doctrines that are distinct unto itself. Bektashis have always had wide appeal and influence among both the Ottoman intellectual elite as well as the peasantry.

From the little I was able to understand about the order, they’re much more about mysticism and reaching spirituality, with teachings full of symbolism and stories combining and extending different elements from Islam and at times Christianity and Judaism.

A Virtual Tourist member tells the story of the Dollma Teqe in Kruje :

The Dollma teqe, a Bektashi temple built in 1789. The Bektashi were a Muslim branch founded in Anatolia in the 13th century by Haxhi Bektash Veli. Their wiew of religion was somewhat different than other branches of Islam. First of all they did not choose as cult places mosques but simpler houses – they also did not ask women to be veiled and did not require men to abstain from alcohol.

After Bektashism was banned in Turkey in 1925, its members transferred to Albania, only to be banned again under the Ditator Hoxha. Their practise is now legal again in Albania. You can find this small cult building outside the castle walls. Above the mausoleum there’s a tiny road that seems to head down to the village. Take it and go around the bend to find this little construction.

In Your Pocket adds:

Though usually skipped by most visitors, the small streets immediately below the Ethnographic Museum are Kruja’s best; narrow and winding past high courtyard walls like they did 500 years ago. Wander around and you’ll come across the old citadel hamam (baths, now converted to a church) and the lovely Dollma teqe, a Bektashi temple building with impressive decorations.

So, down the road from the museums… 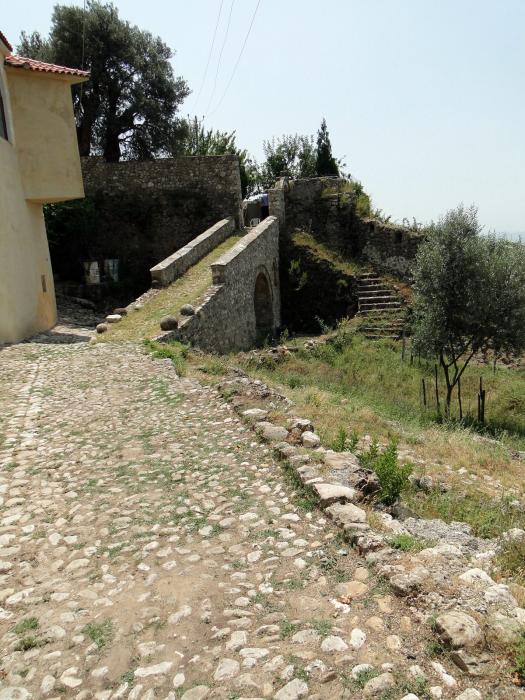 You’ll enter the temple (first photo above), where you’ll come across … 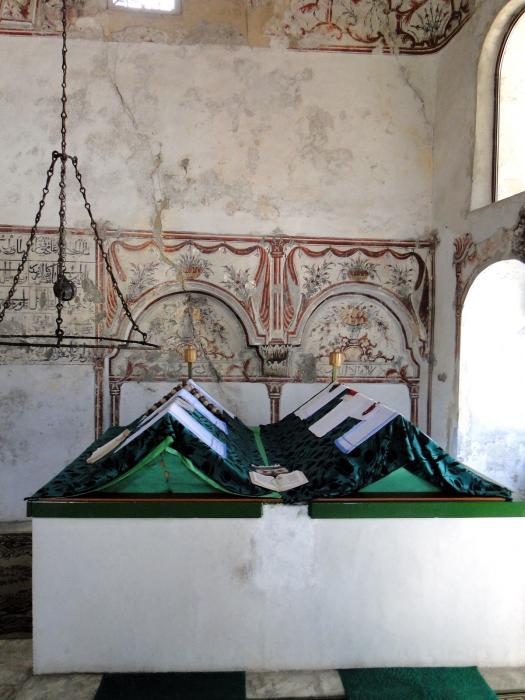 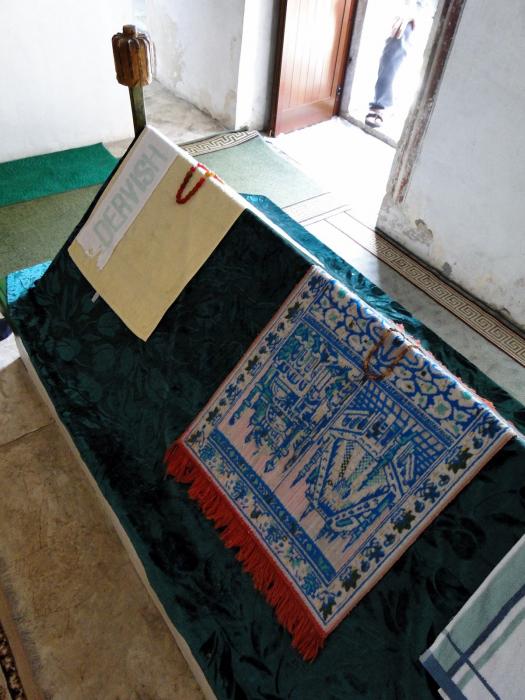 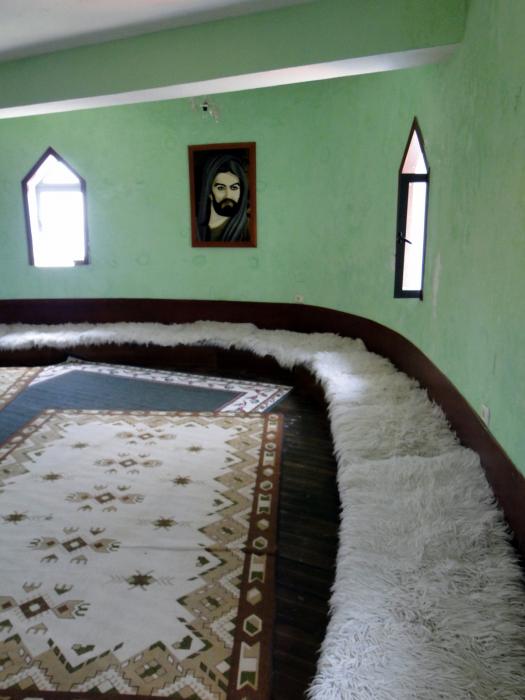 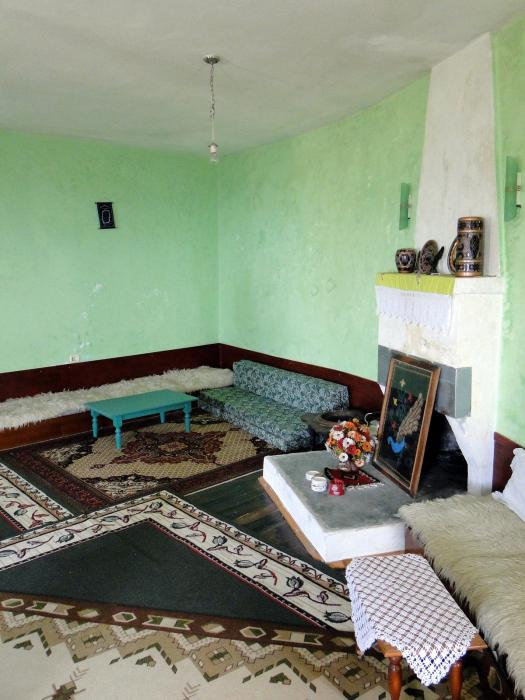 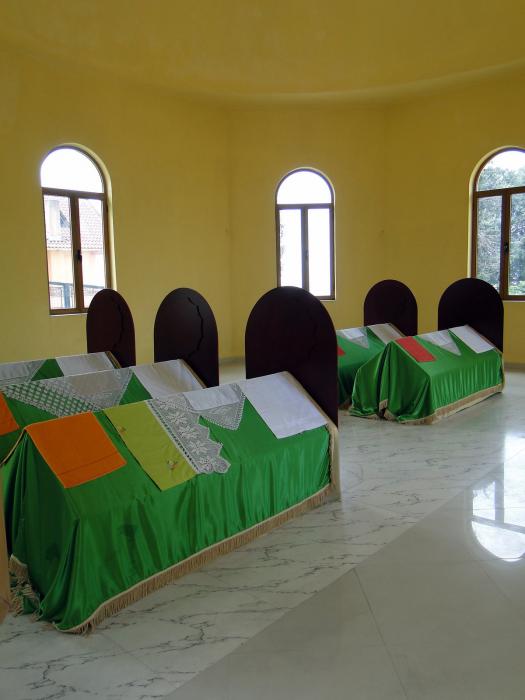 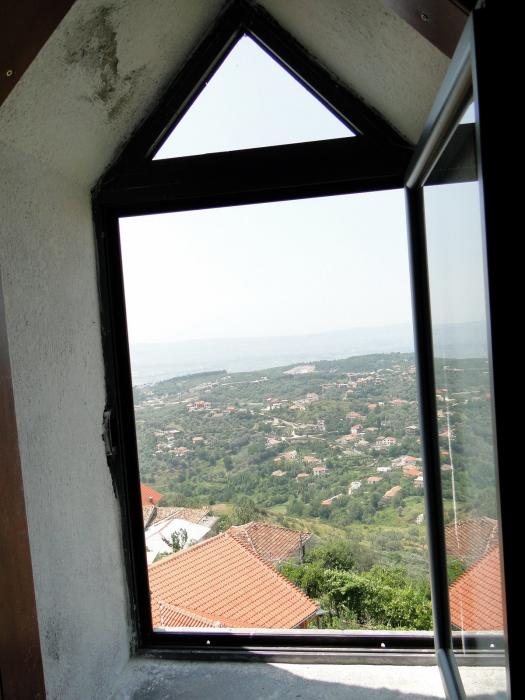 More on the order or the place :