While shortly visiting my hometown a month back I went on a terrific tour of Jerusalem’s old city called “Jerusalem’s Old City Root Top Tour” showing Jerusalem through walking up to the old city’s well known roof tops that give a slightly different perspective to the city.

And so… welcome to Jerusalem’s old city!

… where Muslims, Catholic Christians, Protestant Christians, Orthodox Greek, Armenians and Jews live together in tensed harmony, creating a scenery not likely to be found in any other parts of the world. 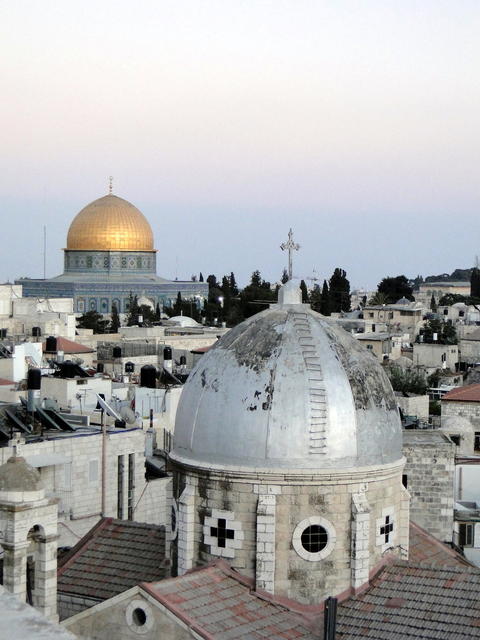 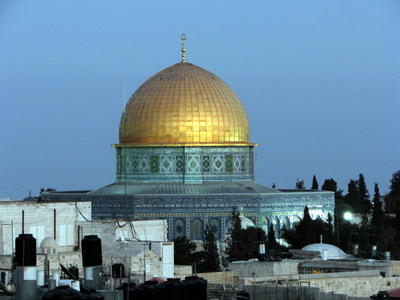 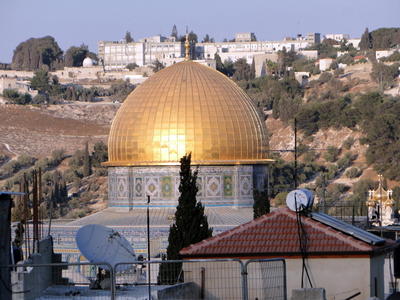 Looking down from Beit Shmoel’s rooftop (which was hosting the tour) at the old city walls, you can see the wesetrn Jaffa gate entrance leading down to a local market. Many of the backpackers visiting Jerusalem like to sleep on the renowned Petra Hostel rooftop. 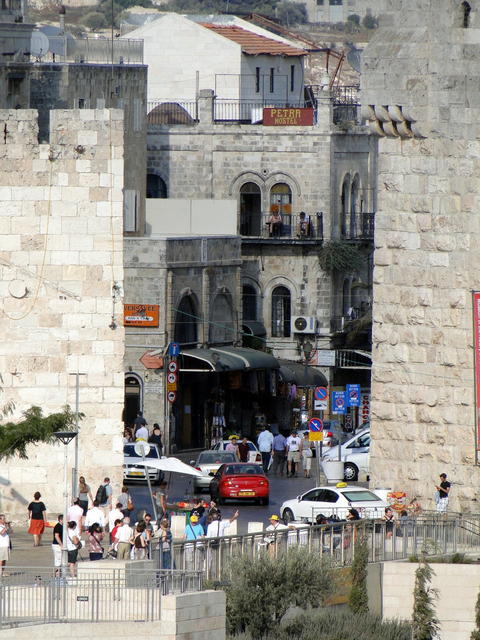 That is where the journey begins. Leading up to the southern side with Dormission and the rooftop on top of the place where King David is said to be buried and Jesus had his “Last Dinner”… 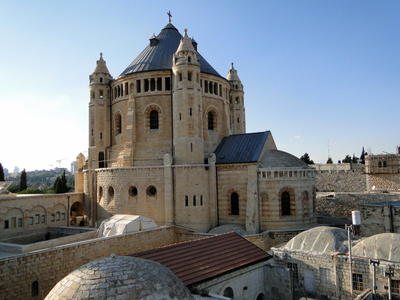 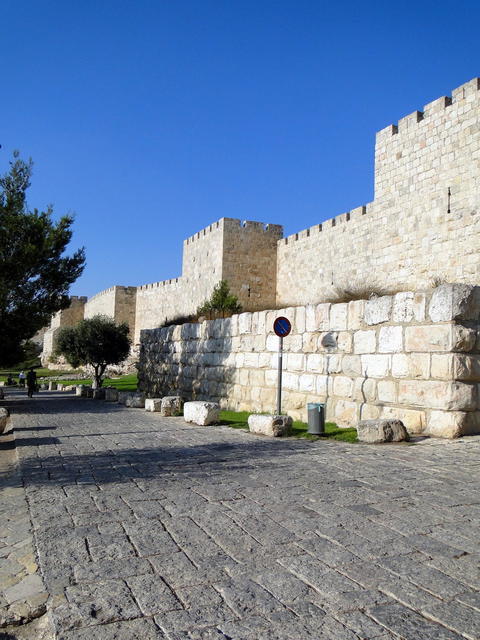 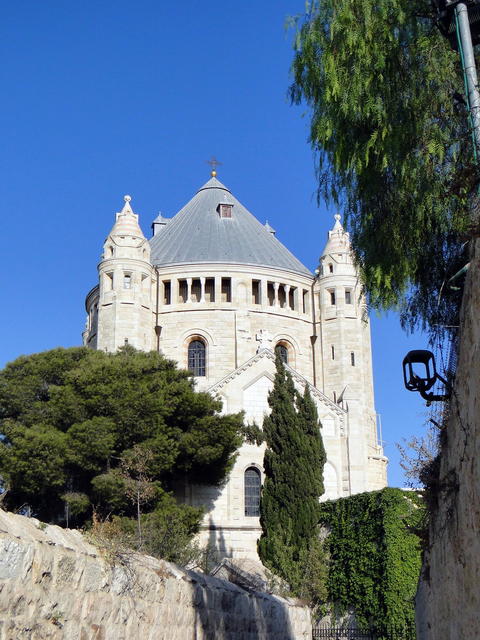 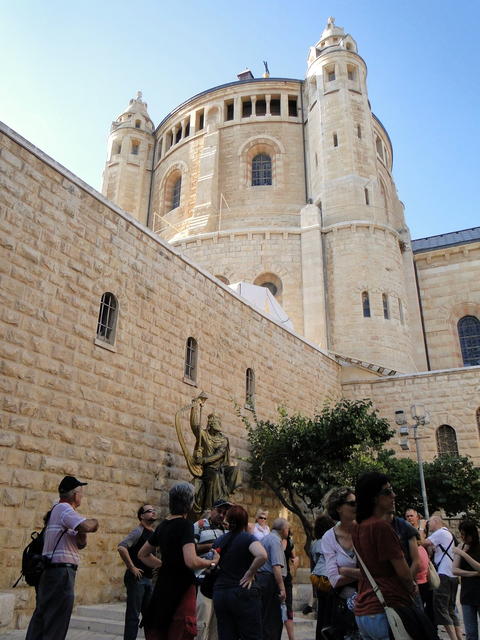 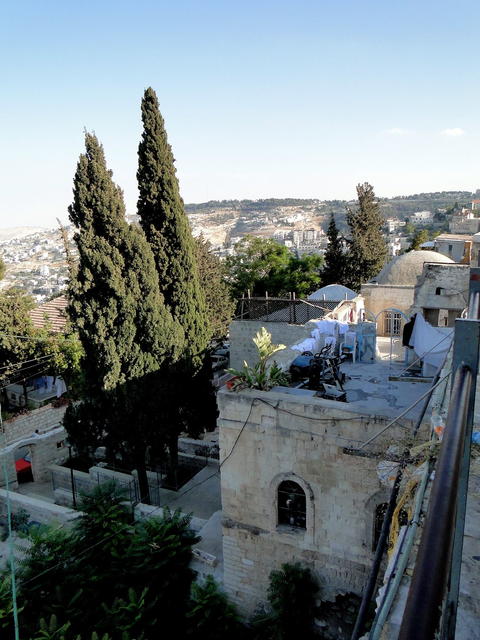 Going inside the walls, we walk across the Cardo, the main street of the Roman city built ontop of Jerusalem’s second temple era ruins. 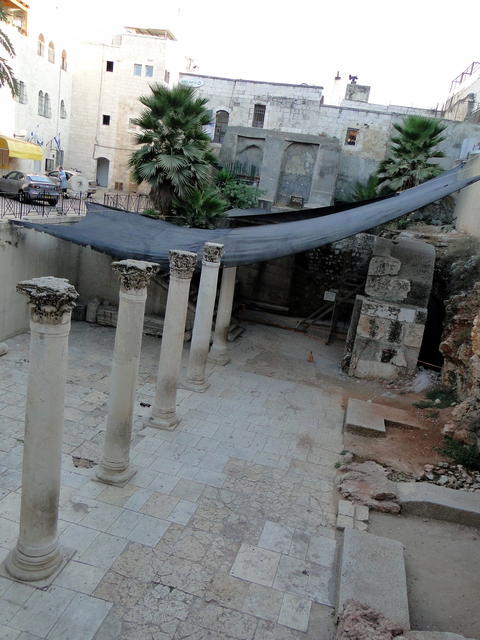 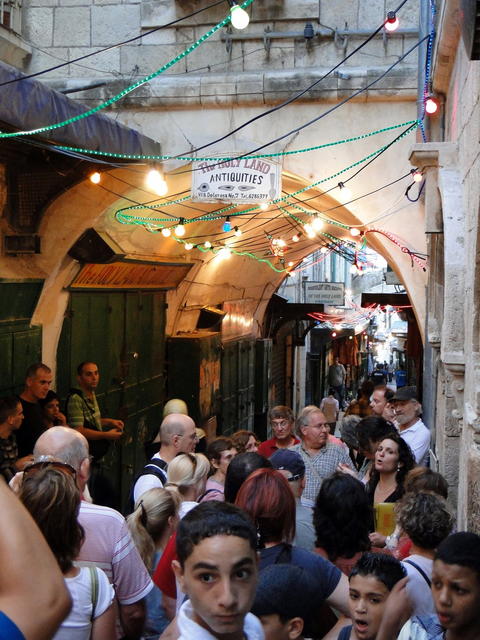 If you’ve wondered how rich Jewish families live, the tour took us inside one of those restricted access private yards. 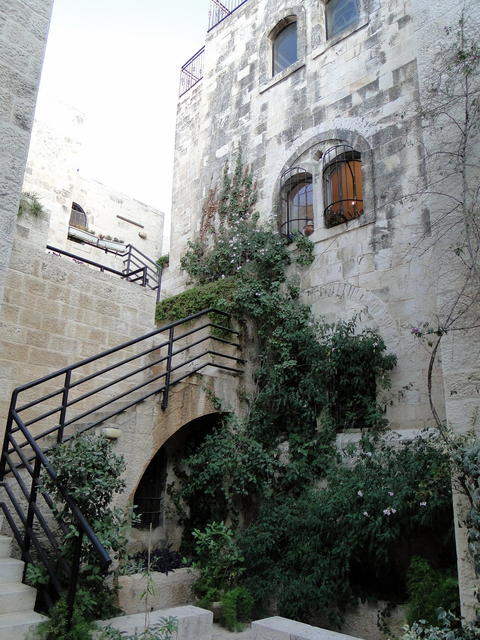 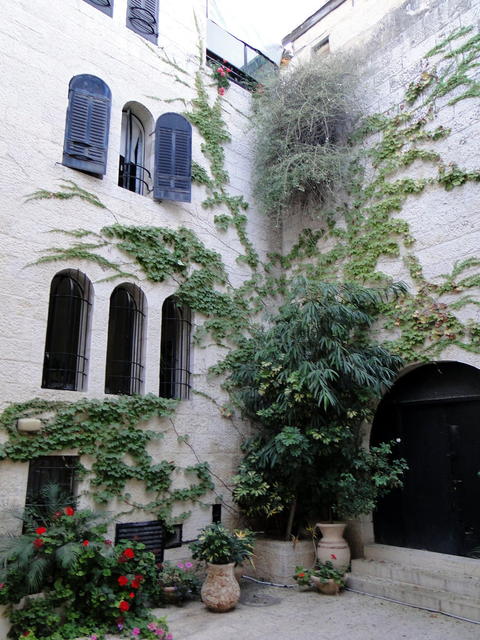 and if you’re curious about the more modern structures just outside the old city, here’s an up-down panorama of one of the monstrosities at the David Village, usually built by extremely wealthy overseas French or American Jews who come to  enjoy the holy spirit of Jerusalem once or twice a year, leaving the village deserted for most of the year. 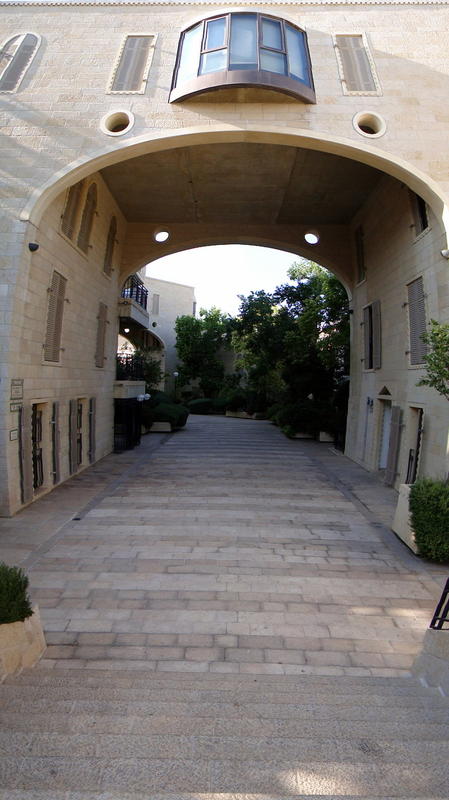 There are lots of hidden gems in the old city. The more famous one is the Austrian Hospice, which has a rooftop with one of the best views of the old city. If you’re visiting, make sure you go up there. 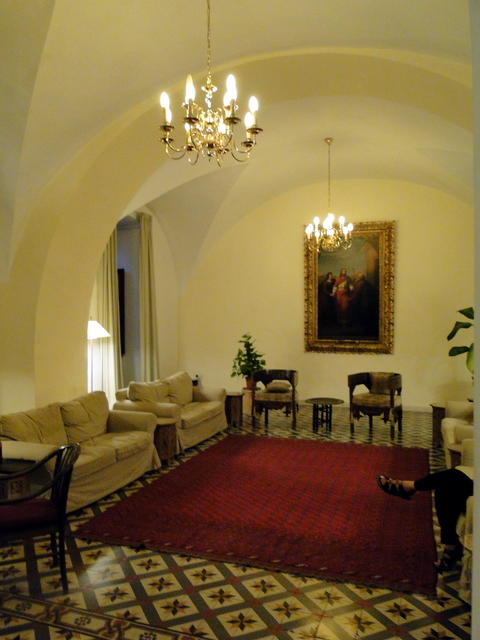 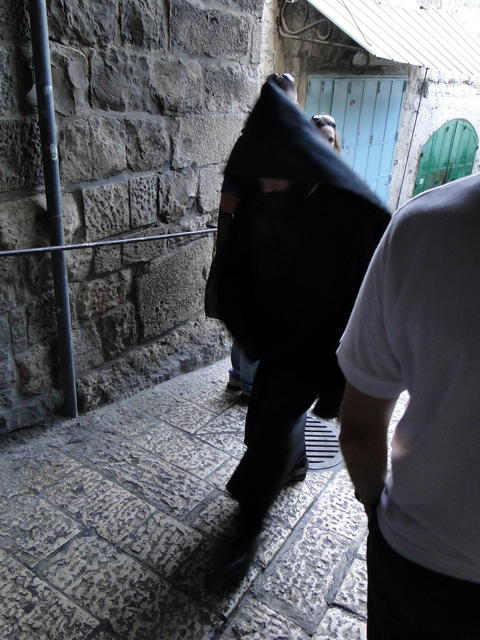 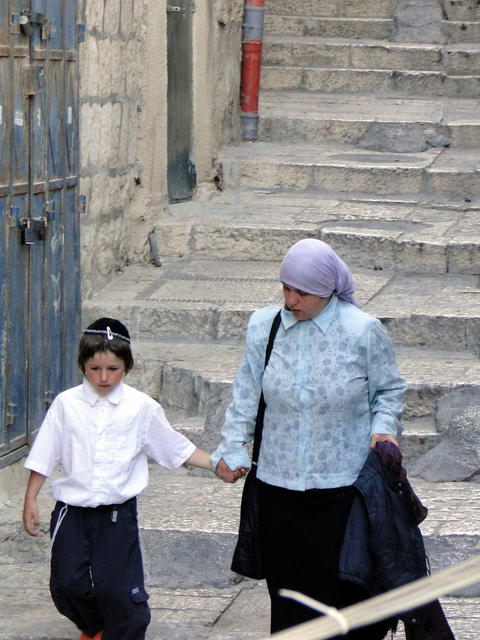 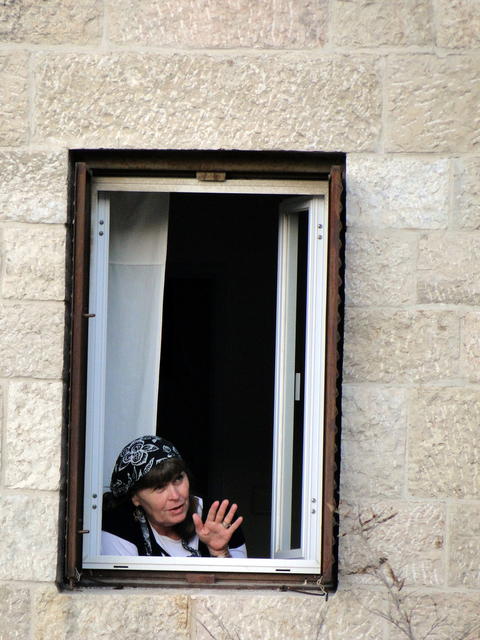 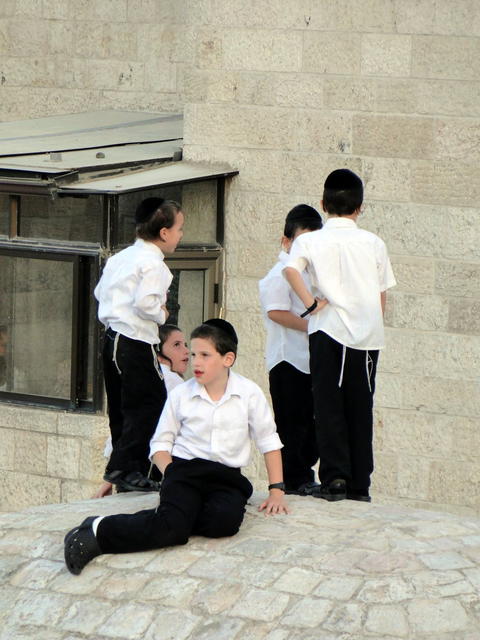 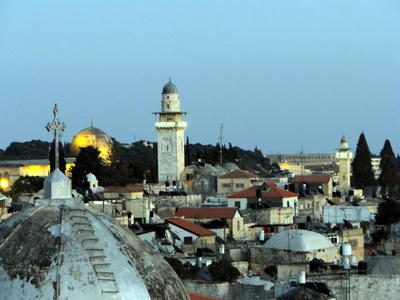 We wrapped up the tour with a quick visit to the Crying Wall, which is the most well known holy spot for Jews. As it was a Saturday, the hold day, I was unkindly asked to leave the place after some angry orthodox complained about me taking photos. Still, I managed to pull off a few shots :$ 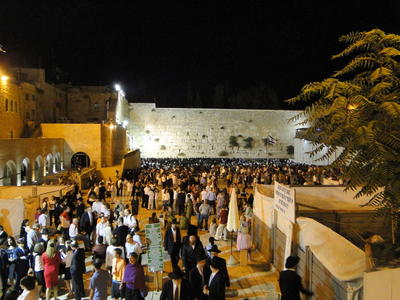 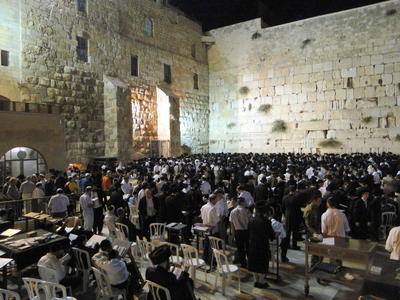 If you’re ever considering to visit, be sure to let me know.

We studied together for a short while at the HebrewU.
I don’t mean to sound offensive, but it seems like you chose to take a look at Israel from the tourists’ perspective, why so?

Hope to cross your road again in the future,

Beaufiful photos of the old city.
Continue to post interesting ideas in your blog.

Idit – Yeah. That would make sense.

What a great tour. Thanks for sharing.

ULACA – oh, wow, you’re coming to Jerusalem? that’s great. Let me know if you need any tips and enjoy your trip.

Sounds like an interesting walk to take on my visit to Jerusalem and Kinnaret next month.