There are quite a few insane things happening around Jerusalem. I always try to picture myself as a tourist and imagine how I would respond to seeing those oddities all around me. 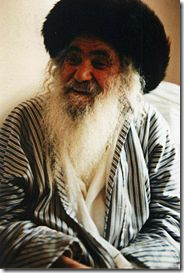 The Na Nach Nachma Nachman Meuman movement is one of those things that are hard to explain. It’s a bit like a Tainan local trying to explain to me the half naked fireworks jumping semi-Gods Taiwanese dancing around in Tainan during temple celebrations. Where do you start?

What I would say about this religious group is that they’re strangely happy folks, trancing all over Israel with trance remixes of well-known tunes to praise the name of their Rabbi – Nachman from the city of Uman. They usually have this big van they stop in the middle of the street, they set up huge speakers and start dancing on the van and around it. Drugs or not, they seem to be on a huge high.

What does it look like? Here’s a relatively small and relaxed version of things in down town Jerusalem :