Golden Gate Park in San Francisco is a wonderful retreat right at the center of San Francisco. The park includes lots of attractions to enjoy, like the conservatory of flowers I mentioned before, and it even offers something for those like myself with an Asian heart – a little piece of Japanese heaven, the Japanese Tea Garden. 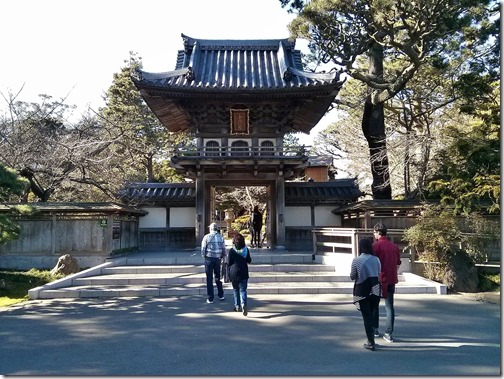 Here’s a bit about the gardens from their official website:

The Japanese Tea Garden provides visitors from around the world with an opportunity to experience the natural beauty, tranquility and harmony of a Japanese-style garden in the heart of San Francisco’s Golden Gate Park.

Originally created as a “Japanese Village” exhibit for the 1894 California Midwinter International Exposition, the site originally spanned about one acre and showcased a Japanese style garden.  When the fair closed, Japanese landscape architect Makoto Hagiwara and superintendent John McLaren reached a gentleman’s agreement, allowing Mr. Hagiwara to create and maintain a permanent Japanese style garden as a gift for posterity.  He became caretaker of the property, pouring all of his personal wealth, passion, and creative talents into creating a garden of utmost perfection.  Mr. Hagiwara expanded the garden to its current size of approximately 5 acres where he and his family lived for many years until 1942 when they, along with approximately 120,000 Japanese Americans, were forced to evacuate their homes and move into internment camps.  When the war was over, the Hagiwara family was not allowed to return to their home at the tea garden and in subsequent years, many Hagiwara family treasures were removed and new additions were made.

Today, the Japanese Tea Garden endures as one of the most popular attractions in San Francisco, featuring classic elements such as an arched drum bridge, pagodas, stone lanterns, stepping stone paths, native Japanese plants, serene koi ponds and a zen garden.  Cherry blossom trees bloom throughout the garden in March and April.

Though I missed the cherry blossoms by a bit, it was still quite magical to explore… 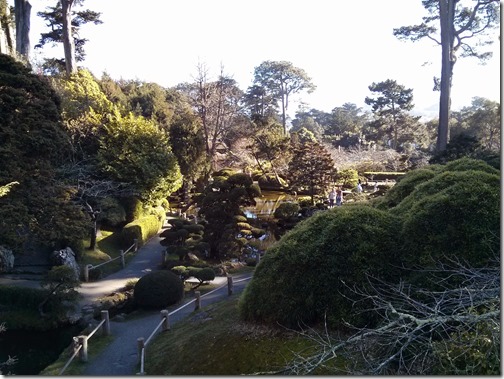 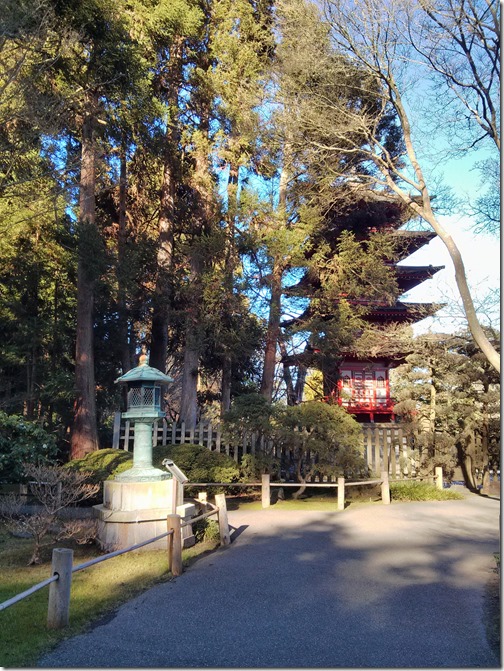 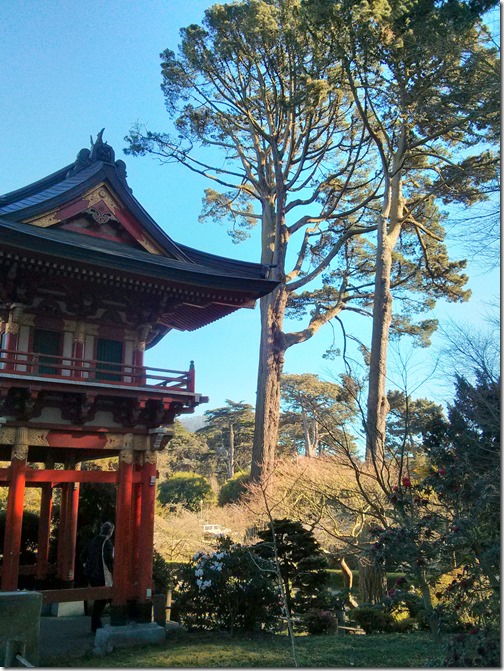 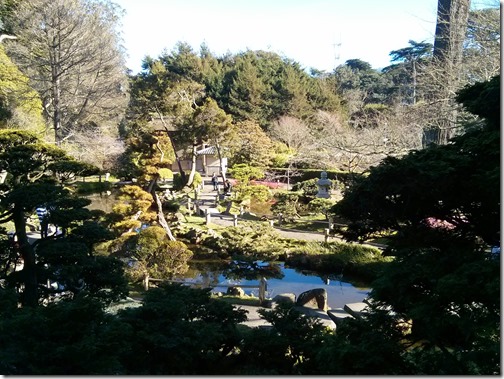 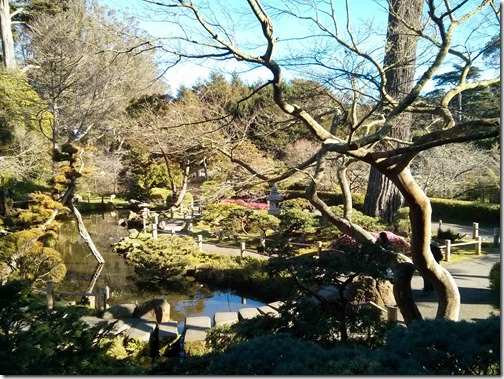 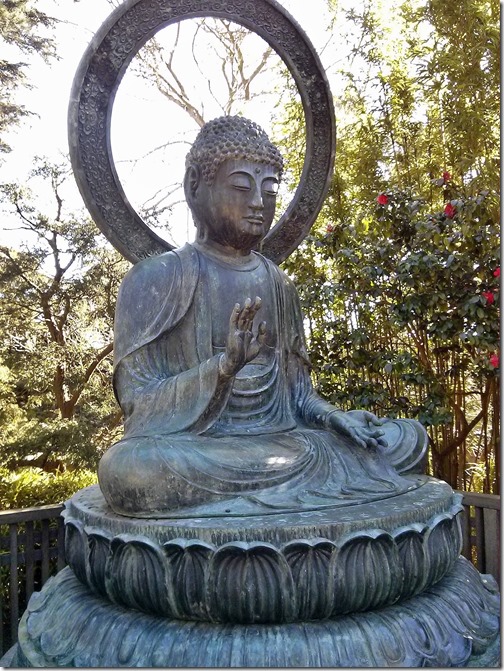 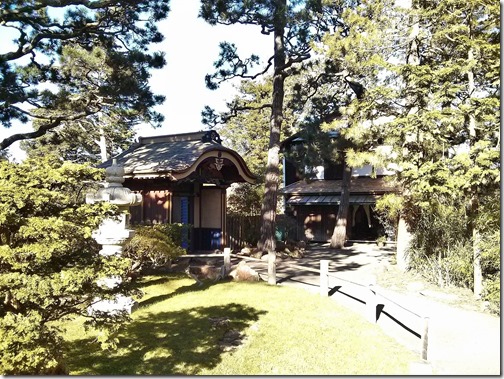 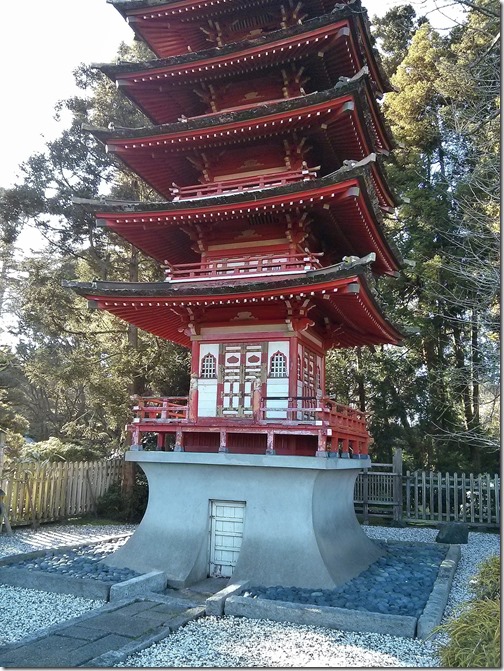 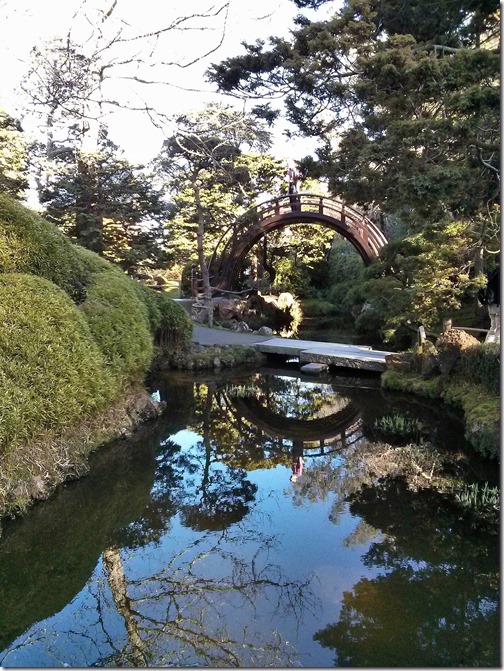