The Blue Mosque and Hagia Sophia, located at Istanbul’s old city and within walking distance from one another, are gorgeous landmarks of Turkish history and architecture. 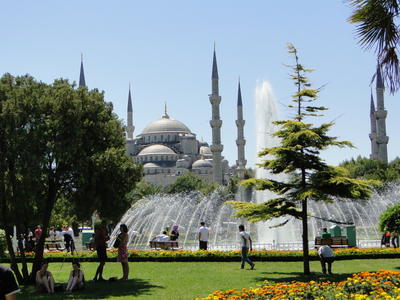 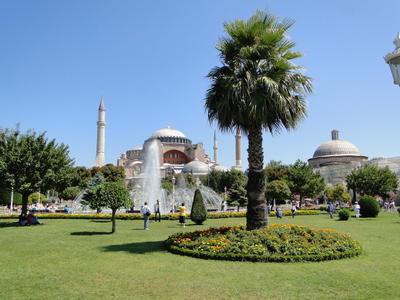 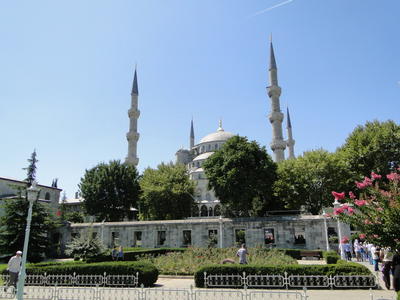 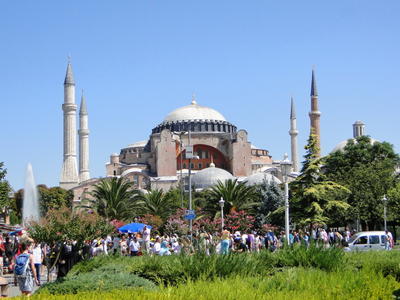 The Sultan Ahmed Mosque (Turkish: Sultanahmet Camii) is the national mosque of Turkey, and is a historical mosque in Istanbul, the largest city in Turkey and the capital of the Ottoman Empire (from 1453 to 1923). The mosque is one of several mosques known as the Blue Mosque for the blue tiles adorning the walls of its interior.

It was built between 1609 and 1616, during the rule of Ahmed I. Like many other mosques, it also comprises a tomb of the founder, a madrasah and a hospice. The Sultan Ahmed Mosque has become one of the most popular tourist attractions in Istanbul. 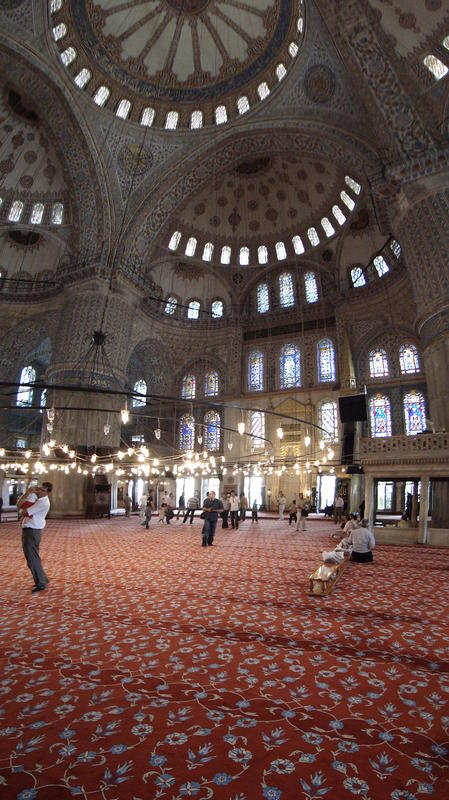 Wikipedia also has a bit about Hagia Sophia (Ayasofya) :

Hagia Sophia ; (Turkish: Ayasofya, from the Greek, "Holy Wisdom"; Latin: Sancta Sophia or Sancta Sapientia) is a former patriarchal basilica, later a mosque, now a museum in Istanbul, Turkey. Famous in particular for its massive dome, it is considered the epitome of Byzantine architecture and to have "changed the history of architecture."[1] It was the largest cathedral in the world for nearly a thousand years, until the completion of the Seville Cathedral in 1520. The current building was originally constructed as a church between 532 and 537 A.D. on the orders of the Byzantine Emperor Justinian, and was in fact the third Church of the Holy Wisdom to occupy the site (the previous two had both been destroyed by riots). 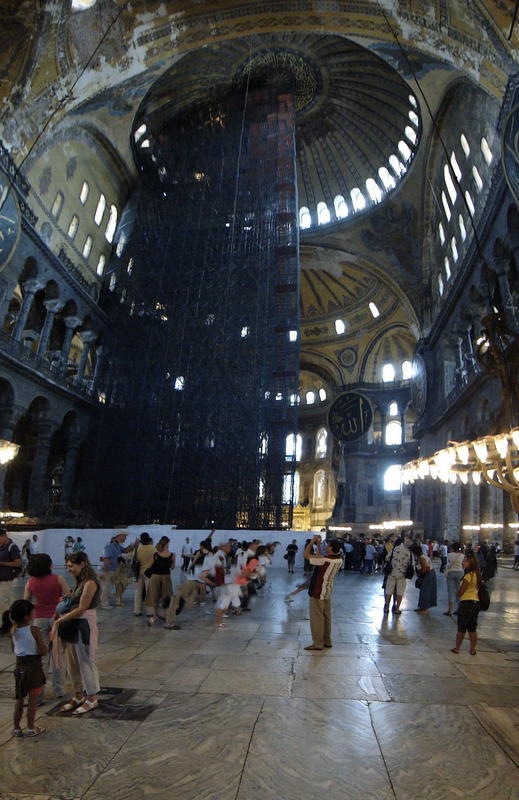 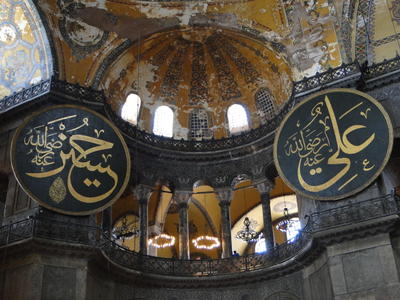 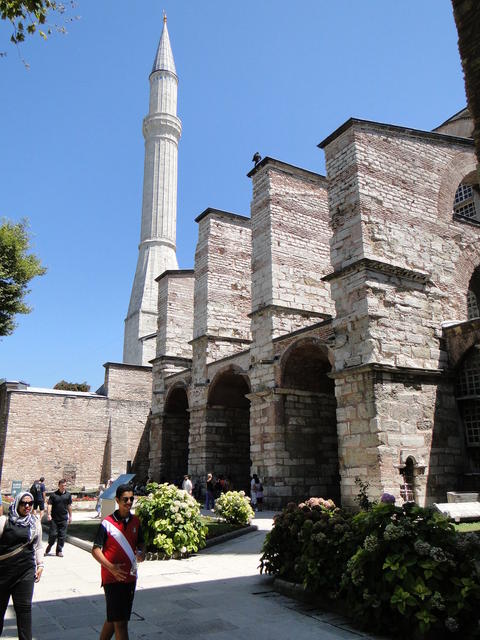 The architectural combats between Christianity and Islam are all over Turkey (as well as Israel, ofcourse), and it’s fascinating to hear the historical background of those buildings.

Thanks Carrie, that’s nice to hear.