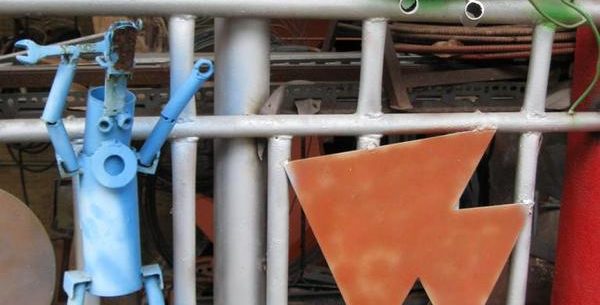 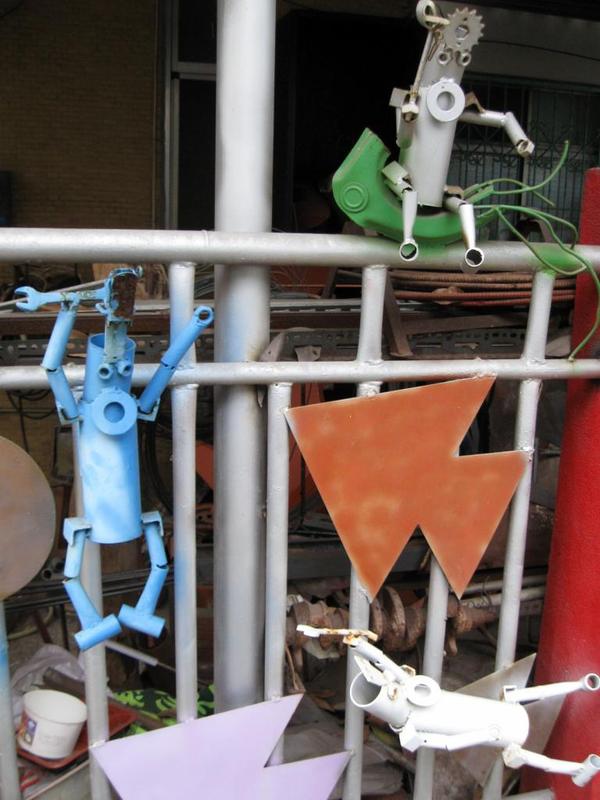 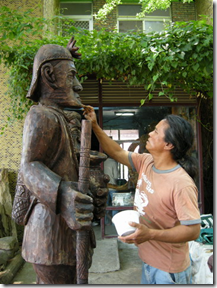 Located just a few minutes’ walk from Pingtung’s Fangliao train station, the F3 Art Venue is living proof that idle land can be put to good use. Converted from old dormitories that once belonged to the Taiwan Railway Administration, the art village has been part of the Art Network of Railway Warehouses run by the Council for Cultural Affairs since 2002. The ‘F’ in the title stands for Fangliao, and ‘3’ means it was the third art village developed in the project.

The idea of transforming the space into an art venue did not originate with officials but came rather from a few local enthusiasts. Fangliao train station functioned as the terminus of the West Link Line and an important hub for transportation until 1991, when the South Link Line was finished. This left Fangliao Station with a total of 3,210 square meters of idle land including dormitories, warehouses and offices. For a while much of the area was occupied by homeless people and drug users, a situation which raised local citizens’ concerns for safety. […]

Artists in residence
The meaning of an art village varies from place to place, but the core value in a “village” always has something to do with its “residents”. The connection between the village and the locality is a key to its livelihood. In Fangliao Art Village, there are artists in residence who have made longer commitments to the village than is usual. Fang Fu-ming(方福明), or Boleng (伯冷), for one, is a sculptor from the Paiwan tribe who has resided in the village since 2002. His large scale wooden sculpture exhibited in the village’s open space has become an iconic piece of public art.

There are some very interesting things to see and people to meet. 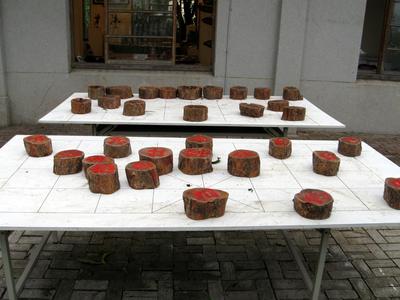 This artist, an expert in glass mosaics, was extremely friendly and passionately shared his art skills with me. Turns out he was in charge of some world class exhibits, including some big ones with the new Kaohsiung MRT. 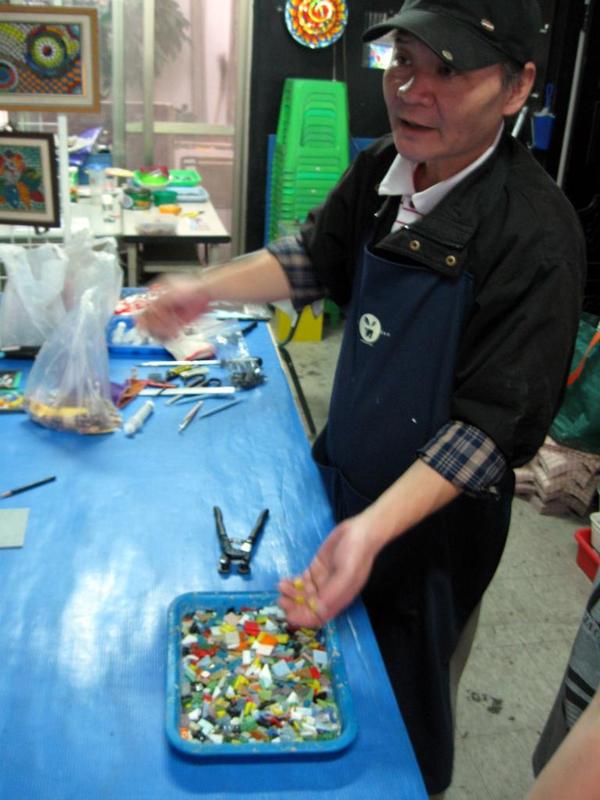 The houses in the art village are nice to walk around… 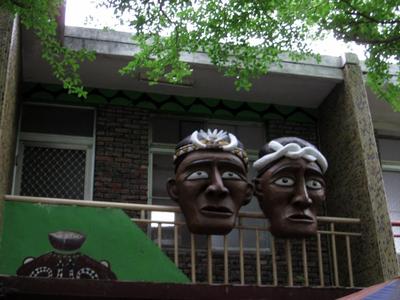 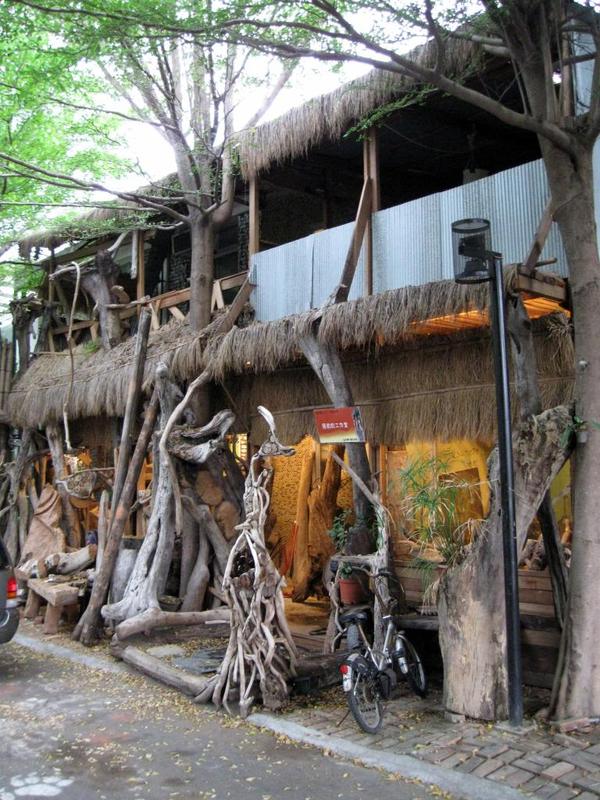 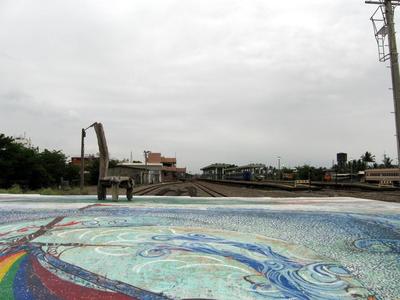 Some of the local artists live a very interesting life. One of them, an aboriginal Taiwanese, invited me inside to have a look. I was surprised to see a live fire indoors which he explained as an Aboriginal fire burned twice a day morning and evening to signal others he’s home and safe. 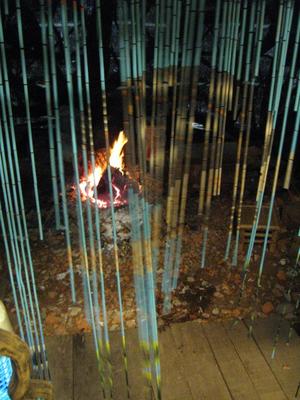 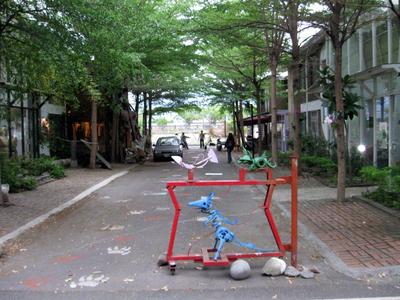 To wrap things up, here’s a bit more from the Taipei Times :

In recent years, however, there has been a healthy development in Taiwan bringing arts to people by way of artists colonies. The government has been funding imaginative reclamation projects where abandoned sugar factories in their park-like environs are transformed into open-air theaters, art galleries, warehouse-sized show-cases, conference sites and individual artists’ housing complexes.

In Taiwan’s southernmost Pingdong County is the little fishing village of Fangliao. Its waterways are crammed with fishing boats and nets, and its restaurants resplendent with fish and seafood freshly caught. Fangliao is celebrated for bell-shaped "Black Pearl" bell-fruit of glowing dark crimson skin, and tiny whitebait called Burahi.

Now we can say that Fangliao is celebrated also for its admirable Fangliao Artists’ Village (枋寮藝術村), still in process of being elegantly transformed.

If you’re down south, this might be a great place to stop by. 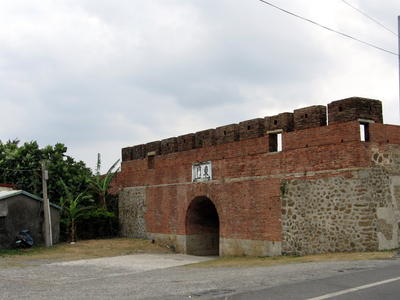 Hengchun (恆春鎮, meaning Town of Eternal Spring) received fame last year through Cape no. 7, Taiwan’s highly successful movie set in southern Taiwan. What I was mainly impressed with, is how well the old town of Hengchun is preserved. Built 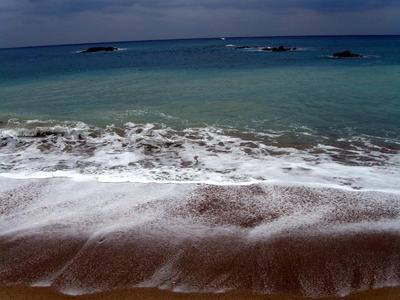 Although I’ve heard Penghu and Green island are terrific, the Kending beaches are the best I’ve seen in Taiwan. Not quite the Thailand islands yet, but in some spots it’s as inviting as the Goa beaches. There are some really

[…] colonial era but this line was only completed in 1991! Next to the station is an area known as Fangliao Railway Artist Village 枋寮鐵道藝術村 or Fangliao F3 Cultural District 枋寮F3藝文特區, probably the biggest attraction in the area, […]