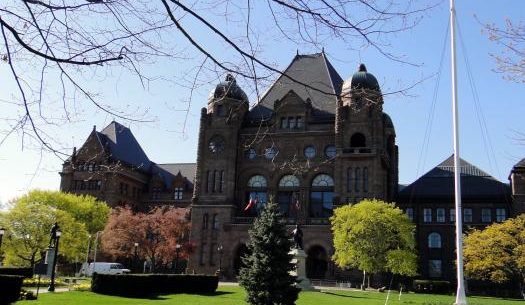 Toronto, to me, was always thought of in light of my childhood memories from the sixth grade when my family spent some time in the states and went to visit my charming extended family living in Toronto. Based on those memories, I could only vaguely recall large houses, wide empty streets, and strangely enough – restaurants and stores with Hebrew signage that made me feel confused. It’s not that we didn’t wonder around in Toronto back then, but we were based in what is considered the Jewish area and I think that during that visit I was perhaps clinging to what seemed familiar from “back home”.

I do remember, however, being impressed. Unlike New York City that overwhelmed and scared me, Toronto was remembered as – how should we put it? comfy. And I did have extended family in New York as well. As for my Toronto family, well, I could only remember that they were all especially friendly and welcoming after long months of intense kid expatriate adventures of nowhere Topeka-Kansas surrounded by strangeness, battling a new language and unknown lifestyle in a foreign land.

It’s not often in life that we get the opportunity to explore our memories from 20 years back, and I was recently fortunate to visit the US on an academic trip that brought me close enough to Toronto to allow me to revisit, and that’s one opportunity I did not want to miss. 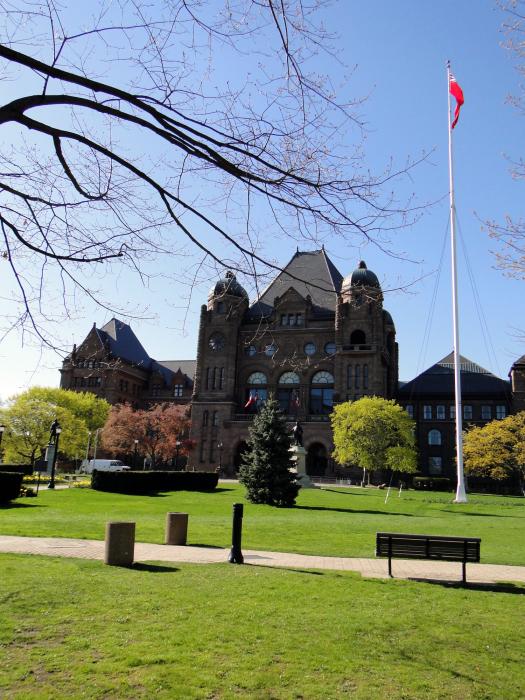 Toronto, as a city, could be summarized as… charming. It was impressively charming. Weather was perfect, things generally very laid back, streets clean and wide, lots of green everywhere and with very friendly people. There’s a good mix of different cultures in different neighborhoods – China town, India town, Greek town, Jewish town, and others that seemed to strike a good balance between being a melting pot to preserving some of the cultural feel. There are also the main downtown, the funkier neighborhoods, beaches close by, a terrific atmosphere of a local university with lots of college students, and a generally appealing architectural style. Who wouldn’t want to live in a place like that?

Though my visit was short, I did get to wonder around a bit. My first visit to downtown was with my father’s cousin, who took us for a drive around the main sites just to get an impression, with brief stops at the beaches and Kensington, mainly pointing out the local attractions and major landmarks. Later on, I had a chance to explore more of those a bit more by myself while doing a downtown walk.

If the upcoming Toronto posts I’ll share a bit of what I visited, but as a preview, here are some quick snapshots of what the Toronto central area feels like… 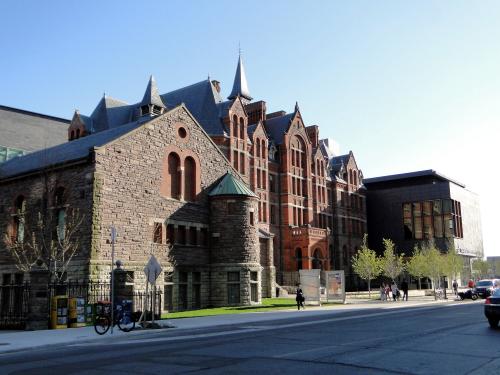 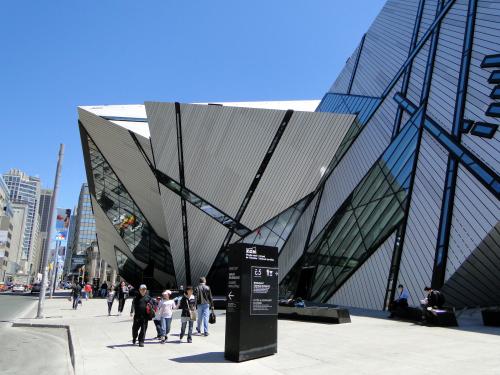 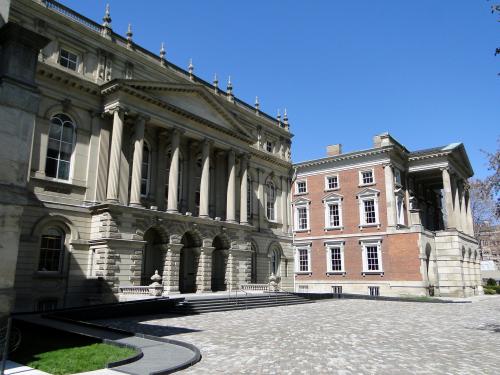 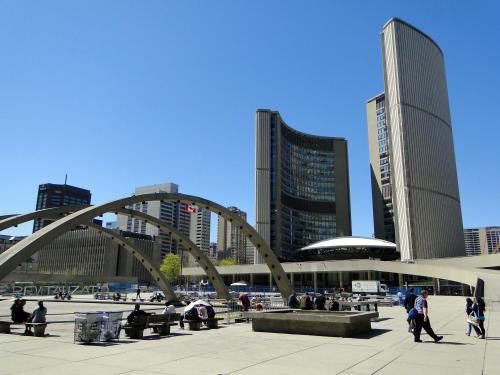 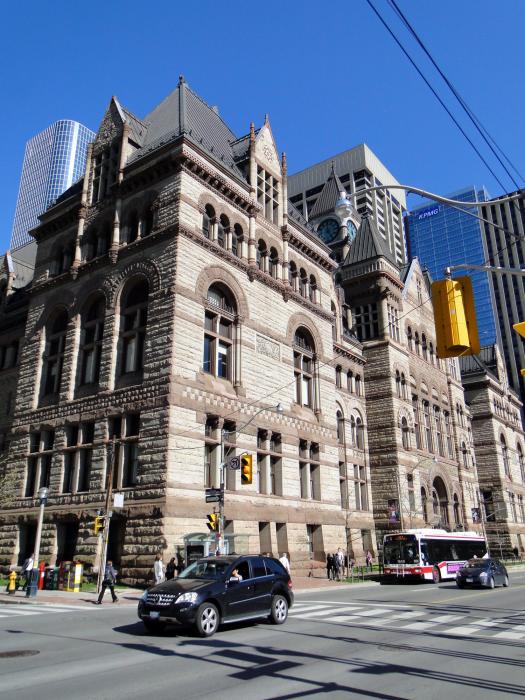 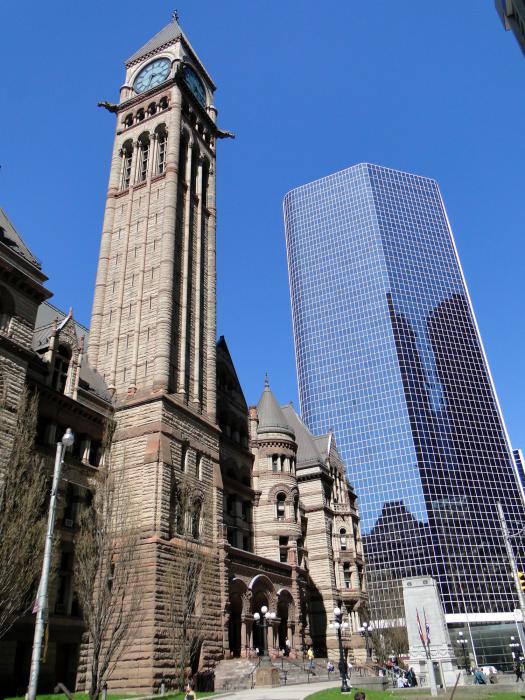 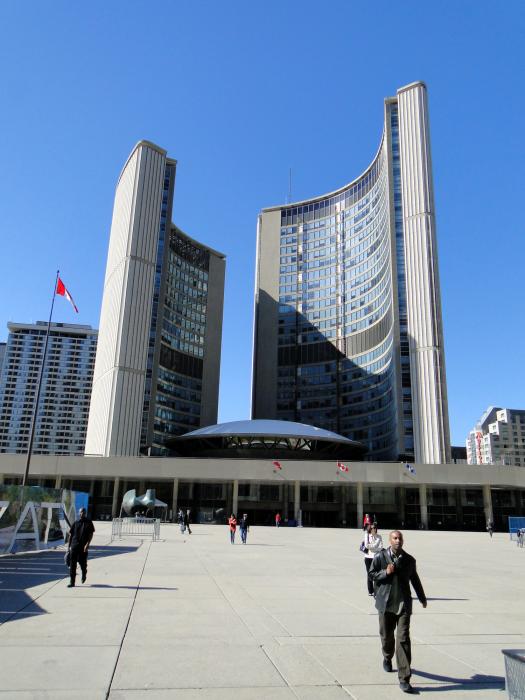 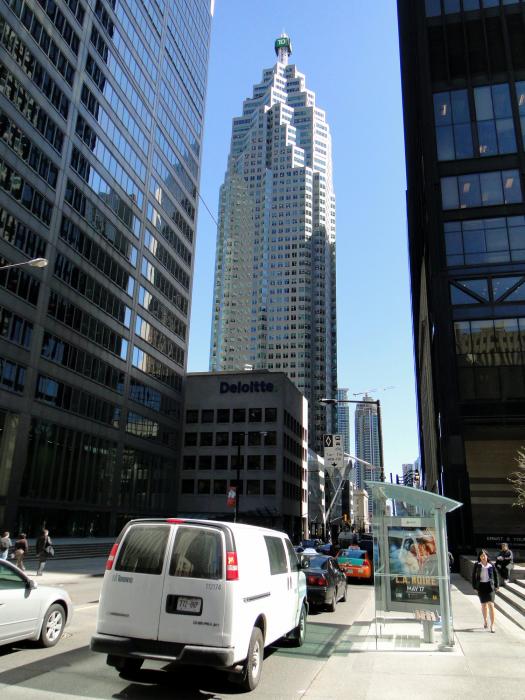 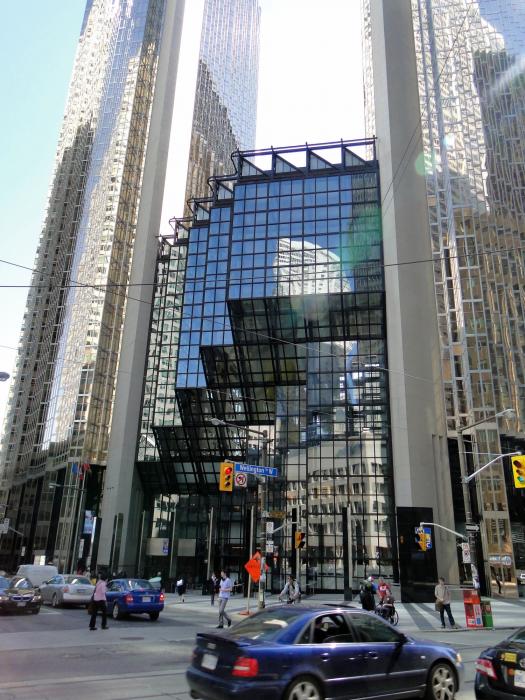 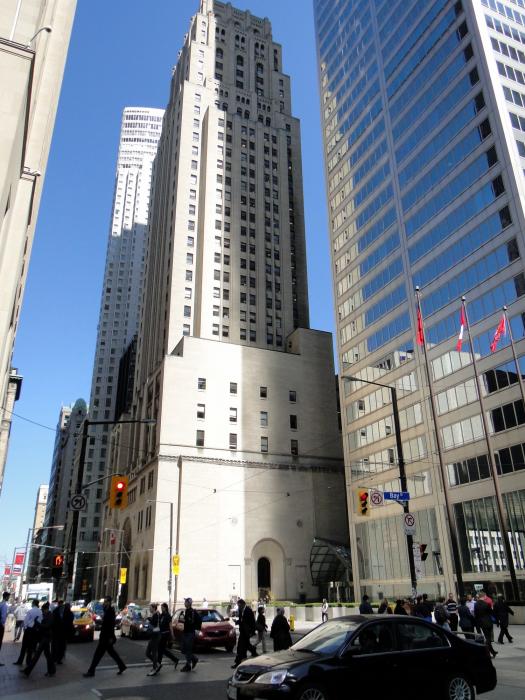 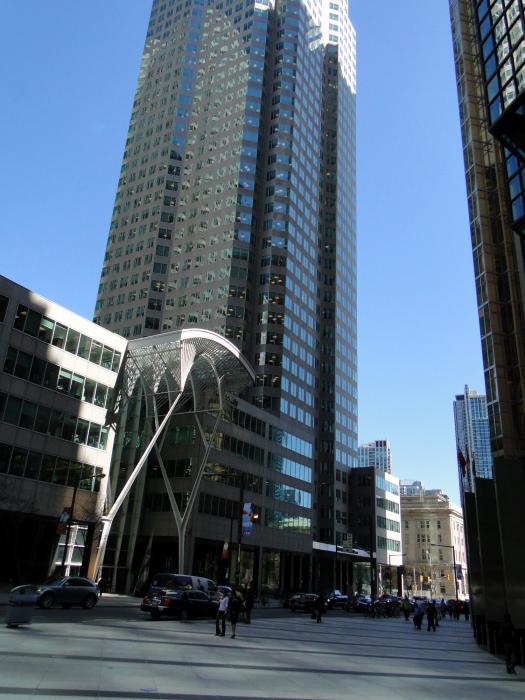 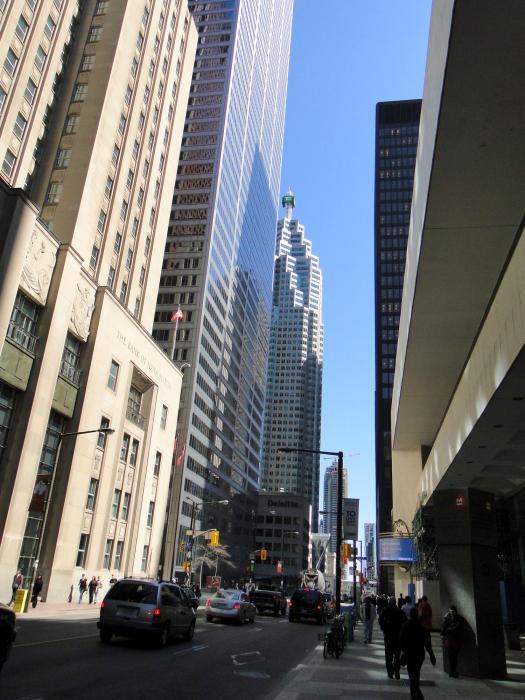 Can you get somesort of “vibe”? Not yet? alright, maybe in the next posts.

I’ll just point out two trends that have made their way to Toronto which I really appreciate.

The food trucks… moving restaurants selling everything from cheap street food to some pretty advanced cuisine. 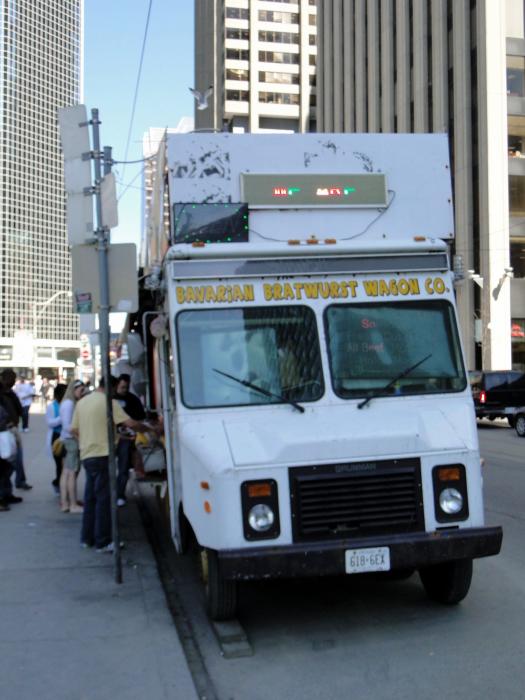 And, something we should all have, rentable bicycles all across town. 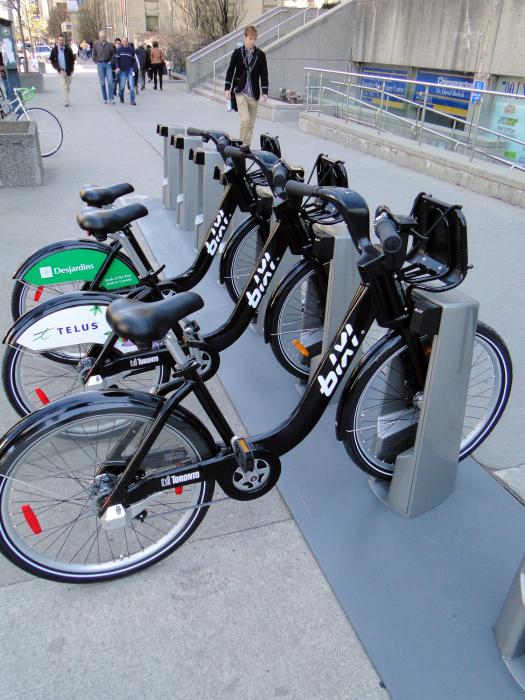 When looking for an observation point to see the city from above, my family kindly recommended a drink in one of the restaurants up on a tall downtown tower (the name I somehow can not recall). 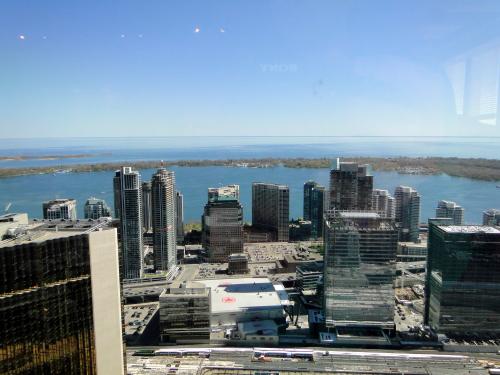 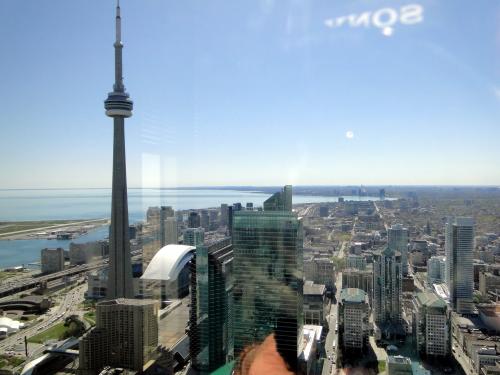 (Looking at the last photo, I’ll give you one guess what my camera brand was… :P)

I’ll also briefly mention that my family were terrific in every way and perhaps one of the best highlights of this whole trip. I was also very lucky to revisit another memory from a travel mate I met one strange night in Hanoi almost 6 years ago and to meet an online friend I’ve known for years and have hoped to meet in person. So many wonderful things in such a short visit. 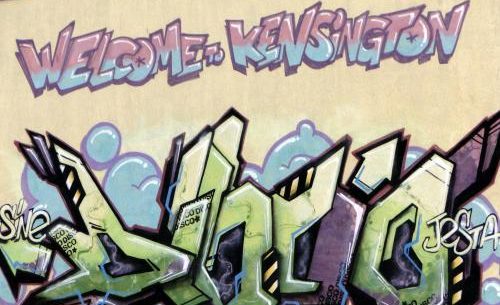 As long as we’re writing about interesting neighborhoods, Toronto’s Kensington area near China Town also has a special atmosphere. My two visits to the area was somewhat brief, but it nonetheless left a mark as a vibrant, energetic, and colorful 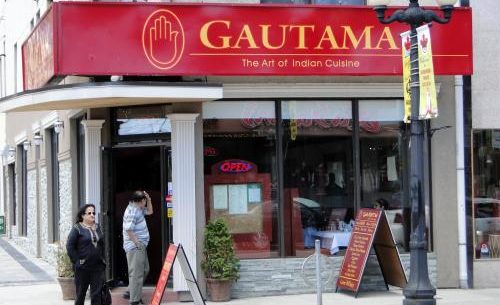 One of the great things I liked about Toronto was the diversity of cultures. Toronto has several neighborhoods with distinct cultural aromas, with a China Town, a Greek area, a prominently Jewish, etc. I was taken to explore and dine 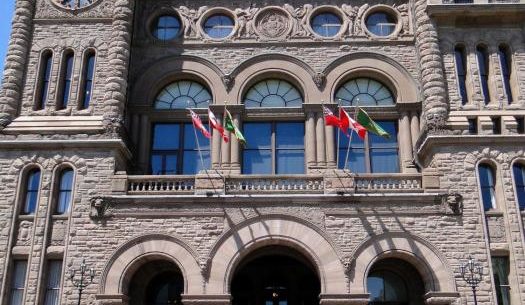 Toronto hosts the legislative assembly for the Canadian province of Ontario, or the Ontario Provicial Parliament. To catch the show in action, I made my way to the Ontario Legislative Building in Queen’s Park. Inside, lucky me, a tourist tour