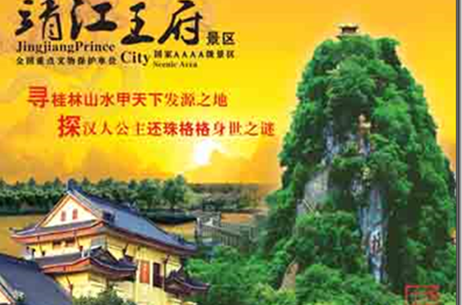 On a rainy spring day I headed out to Guilin for a quick weekend getaway, one of the main attractions for that visit being Prince City and Solitary Beauty Peak overlooking Guilin. Weather forecast was wrong and it turned out absolutely terrible with nonstop showers and visibility close to zero – what the local crowds kept referring to as “magical mist” – not exactly what you hope for when you go to a legendary place like Guilin, but I tried to make the best of it. 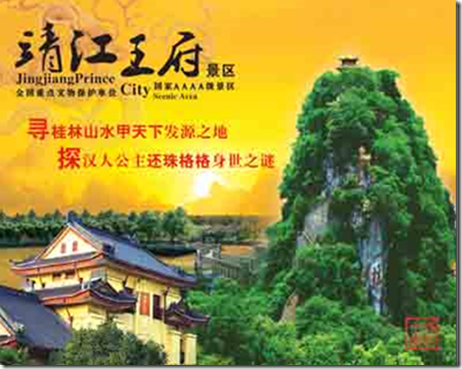 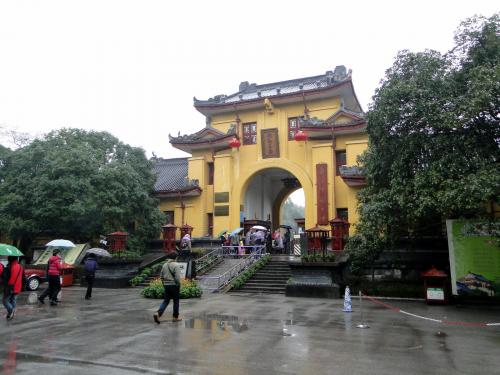 (photo of the Chengyun Gate entrance to Prince City)

Rising dramatically above the center of Guilin, Solitary Beauty Peak (Duxiu Feng独秀峰) offers spectacular views of the city and surrounding countryside. As with so many peaks and rocky upthrusts in and around Guilin, centuries of visits have led to the creation of a carved stairway leading to the summit. The pathway starts at Wang Cheng, the Ming Dynasty palace located in the center of town, now home to the campus of Guangxi Normal University and also the site of nightly performances by local ethnic minorities. Only the city walls and some of the foundation of the original buildings are left, the buildings themselves are all recent.

Jingjiang PrinceCity is located beside the Li River. It is a tourist attraction highlighted by the gorgeous Solitary Beauty Peak and covers the whole JingJang Prince City. Perfectly combing the natural landscape and historical sites, it is praised as a “city in a city ” since the ancient time.

The Solitary Beauty Peak is often compared to be a king as it erects from the ground like a unique column propping up the blue sky. Its summit offers the best panoramic view of Guilin City. The well-known description that characterizes Guilin landscape “the scenery in guilin excels all under the heaven ”is among the numerous stone inscription on the cliffs of the Peak.

Inside the Peace Cave at the foot of the Peak,there are 60 Chinses zodiacal signs carved on the wall that are considered to be one of the world culture wonder. In the Qing Dynasty ,JingJiang Prince City was converted to be the Examination House.JingJiang Prince City is listed as “the key cultural relics of nationl level” in 1996. In Guilin, Jingjiang PrinceCity  is something irreplaceable. In touring the mountains and waters you can’t miss this royal treasure hill— Solitary Beauty Peak.

I bet you’re wondering about the history of this place. Wikipedia comes to the rescue –

Construction began from the fifth year of Hong Wu (1372 AD), who founded the Ming Dynasty. Zhao Gou, who later became Emperor Gaozong of the Southern Song Dynasty, and Emperor Shun of the Yuan Dynasty all had lived here before they were enthroned.

Since the grand-nephew of Hongwu, Zhu Shouqian, was first enthroned as Prince of Jingjiang there have been 14 Jingjiang Princes of 12 generations who have lived in the city. In the Qing Dynasty, the city compound was changed into the Guangxi Provincial Examination House, from where a galaxy of talents immerged. 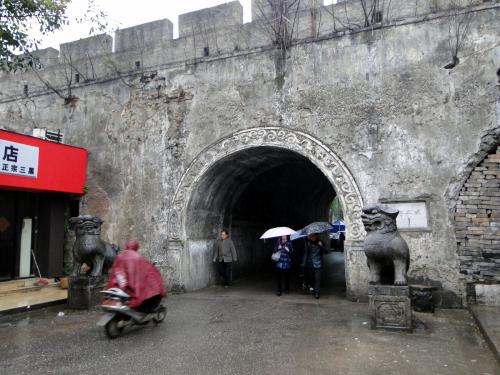 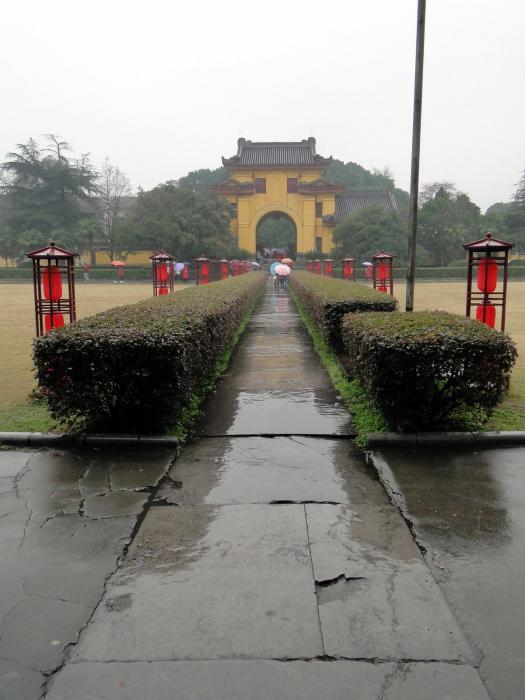 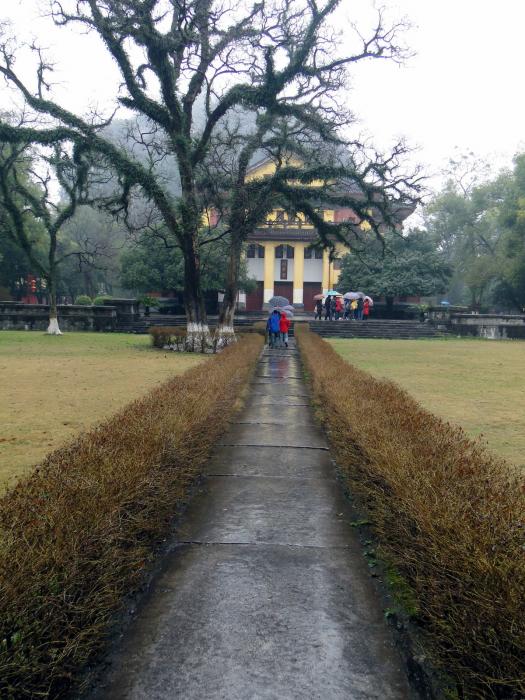 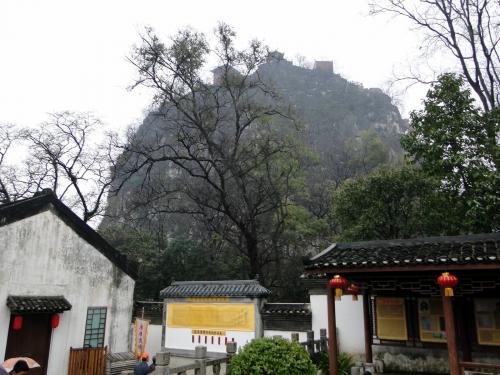 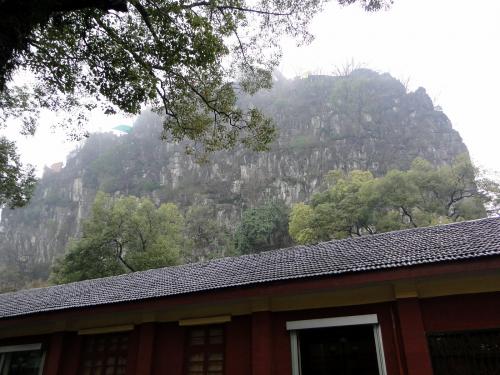 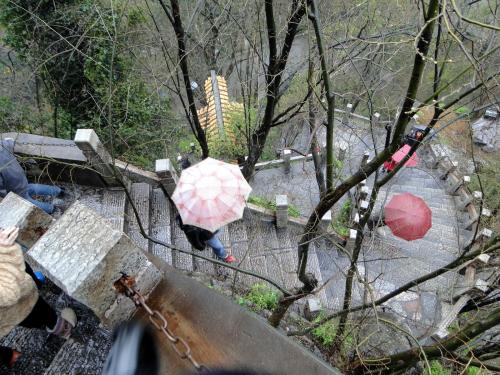 And from above, this is what little I saw on that rainy cloudy day… 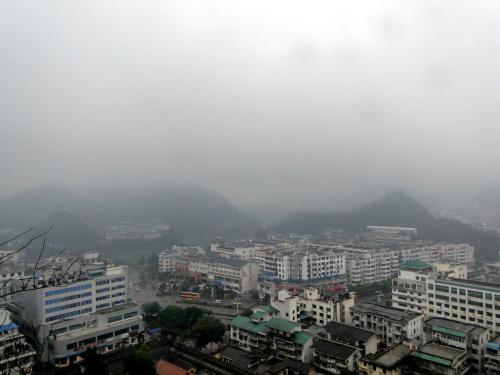 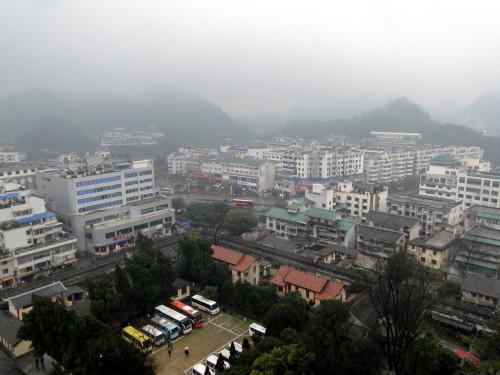 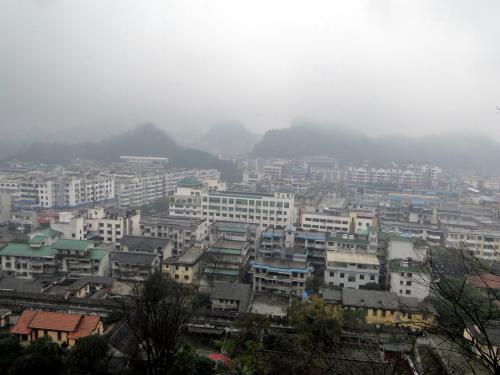 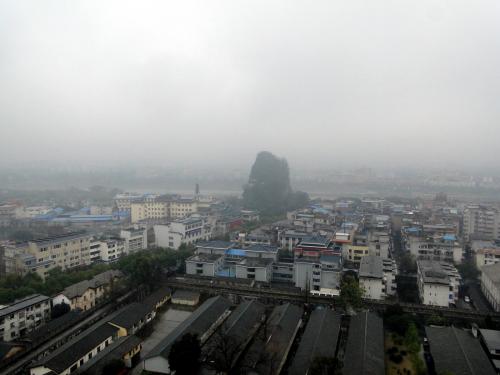 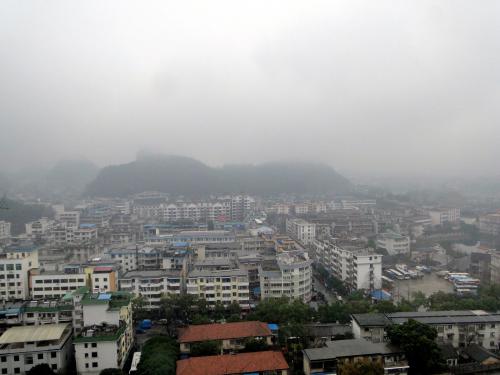 But, honestly, even if you compare this to some of the other photos you might see online, pollution and the surrounding ugly building blocks make this difficult to enjoy.

There’s also a Confucius Temple and examination room for officials… 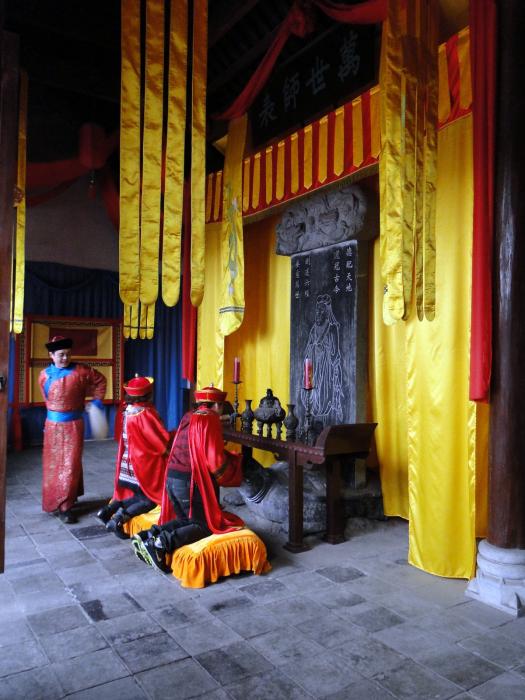 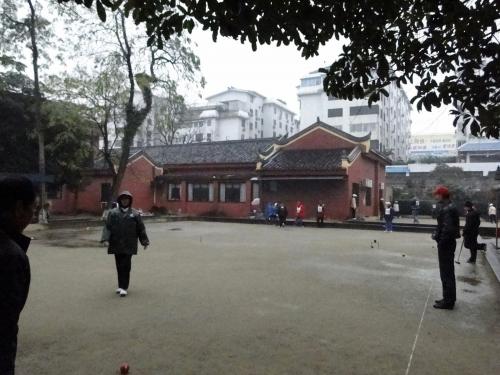 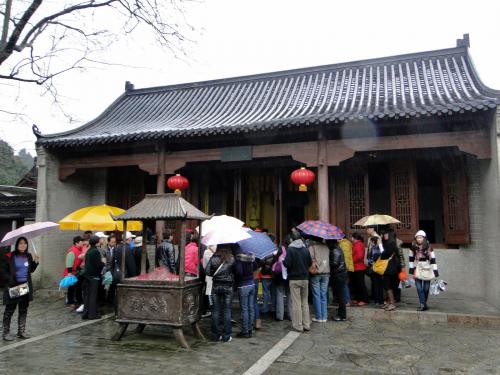 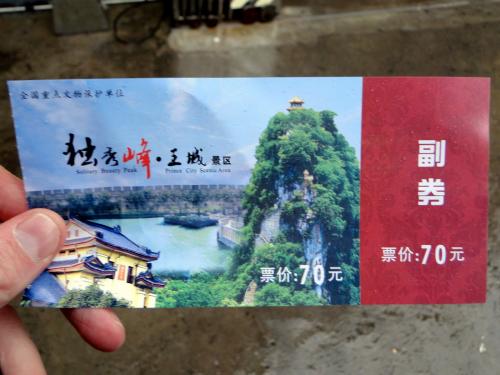 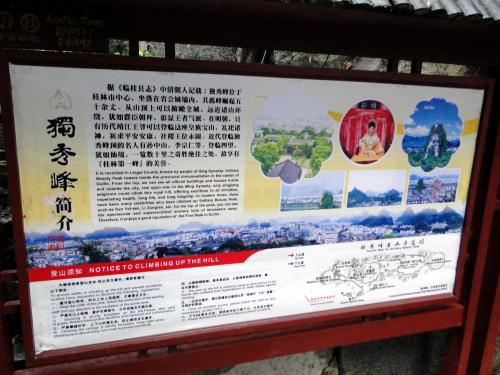 If you’re in need of a map to get there – 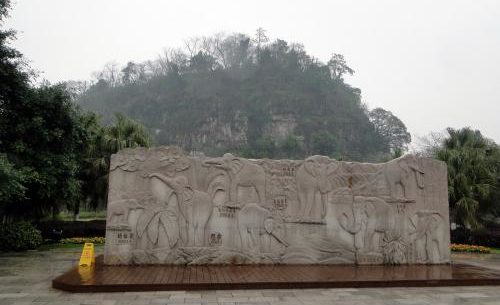 In the most unfortunate weather possible I concluded my disappointing visit to Guilin in the “scenic park” of Elephant Trunk Hill. Can’t win them all, can you? But I’m used to it by now as it seems like most times 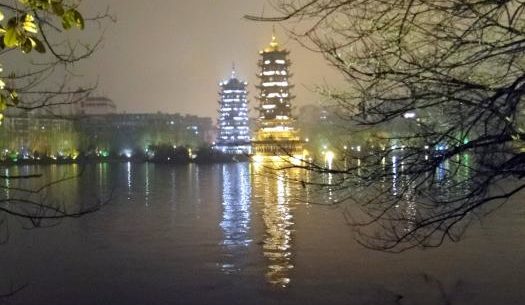 I went to Guilin at the worst possible weather, but still managed to see a thing or two. One of those things was the main symbol of Guilin – twin pagodas called “Sun & Moon Pagodas” in a lake near

Not too bad. My trip there actually involved a failed attempt of drifting due to bad weather. The transportation took us a whole morning for nothing but the “magical mist” on the way I suppose.
Your visit there was during the rain reason (March and April). Despite the weather forecast that seldom helps, try seeking for personal advice on the weather before setting out.