The renovated Songshan Cultural District in Taipei is bustling with cultural events and visiting exhibitions. In my last visit to Taipei I was fortunate to catch a few of those, the first being the wonderful Nathan Sawaya’s Lego Art and just next to it a 4D "The Wonder of Holography".

I know what you’re thinking, 4D, eh? yeah, the number of dimensions is a tricky thing. There are movie cinemas in Hong Kong claiming 4D with 3D glasses and a 4th dimension involving some sort of sensation (moving chairs, water splash, etc.) but here it’s  abit different. It’s 2D images constructed as holographs that appear as if the image is popping up and moving from the wall. There’s depth, hence the 3rd dimension, and there’s movement, hence, the forth dimension. So, 4D image. 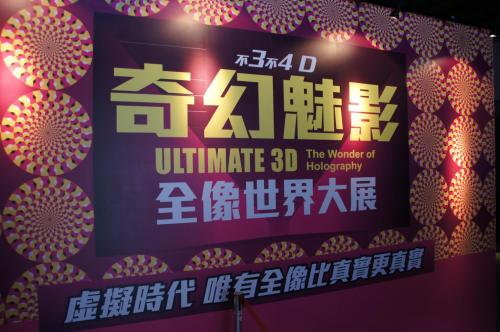 It’s not really a new technology, but it did get someone a noble prize. Hungrian-British Dennis Gabor won the physics Nobel prize in 1971 for this invention, no less. Which means that it started a few decades before that during the 1940s. People once thought that this would change the world as we know it, and it does have some interesting scientific applications but it never made it to popular folk demand. With that said, there is a small group of holography fanatics that do and collect these things, and the Taipei group is what’s behind this exhibition. 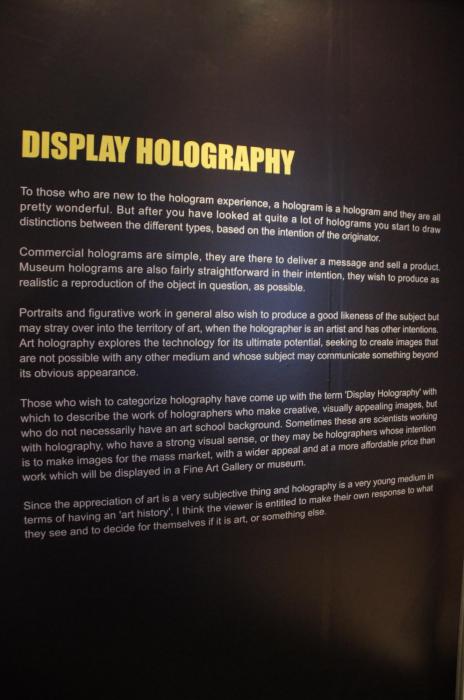 What do those things look like? it’s impossible to capture in a still photo but atleast the movement and change can be captured in video, even though it’s lacking the depth that gives it the wonderful 3D sensation.

Here, have a look at these …

Interesting, isn’t it? I learned a thing or two, and managed to have some fun in the process. So, Lego, robots and now holography. Isn’t Taipei great? What more can a person ask for? 😛