Riding around Kinmen Island on a motorcycle one gloomy afternoon I followed a recommendation to visit a nearby Lake Tai Amusement/Recreation Area. Surrounded by military bases with lots of handsome and pretty soldiers running on the side of the road is Tai Lake, an artificial lake created by the army during the cold war with China to provide freshwater to those serving on the island. Nowadays, the lake is mostly for scenery and the migrating birds. The lake is the center of a larger area also offering a wonderful little park, and the August 23 Artillery War Museum, one of many war museums throughout the island. 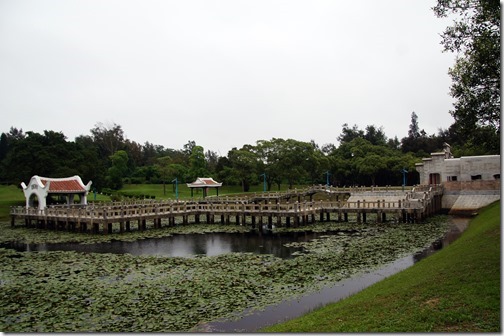 If you’re looking to visit the museum, the Taiwan tourism website has this to try and excite you:

Located in Zhongzheng Park, this museum was built in 1988 as a memorial to the long weeks of the artillery war. Its displays are designed to give a sense of the valorous events of that period.

On either side of the main entrance to the museum are carved the names of the 587 soldiers who lost their lives in the bombardment. On the left side are displayed the man air fighter used by the Nationalist forces at that time- the F-86 Saber and the main artillery piece, the 155mm cannon. On the right side is one of the amphibious landing craft – an LTV-that played such a vital role in transporting troops and materials during the battle. These displays help observers imagine what the joint operations of the three service branches must have been like.

Inside the museum are historical artifacts in 12 display areas for charts, photographs, documents, relics, and models. Together, these comprise a complete history of the artillery war. A visit to the museum gives observers a strong feeling of how the military and the civilians of Kinmen drew together to resist the aggressor when artillery shells were falling on the island in a dense downpour.

Memorial tablets commemorating the victory in the August 23 Artillery War have been erected at Magpie Mountain and on Little Kinmen to remind visitors of the sheer determination and resolute will which allow life to go on, even in the most trying circumstances.

It’s a very humble little museum and there’s not that much to see, but you do have a virtual war room that offers 3 minutes of war like experiences. 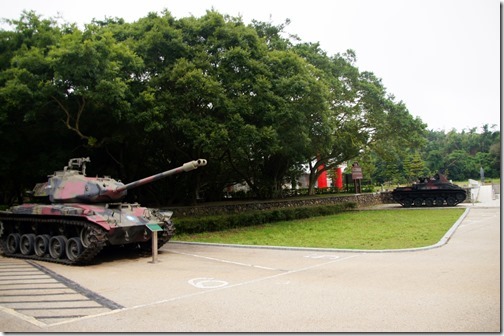 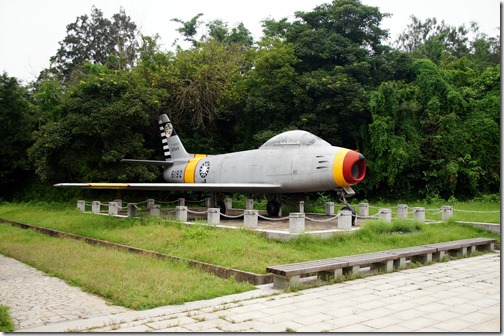 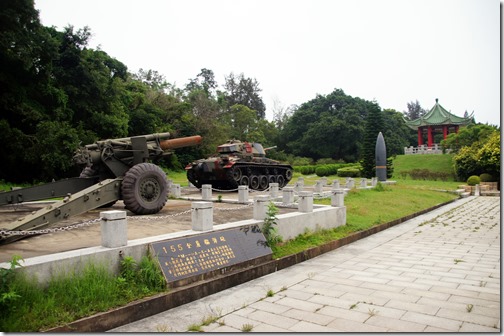 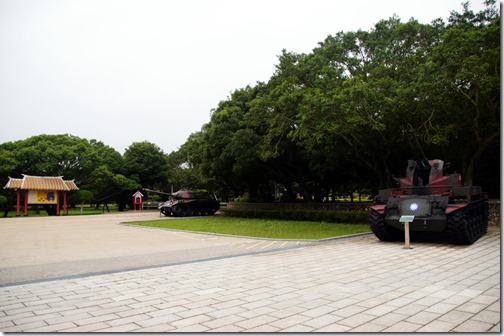 The nearby park is small but charming with some very old trees, little ponds and a renovated Fujianese style architecture house. 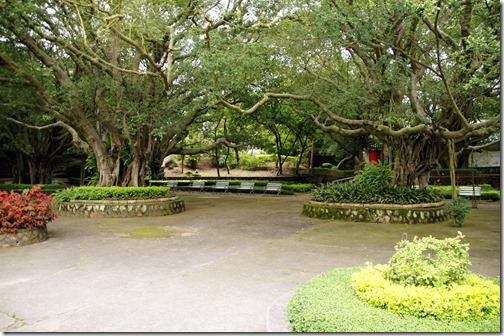 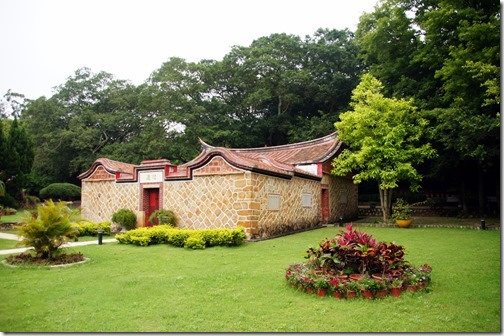 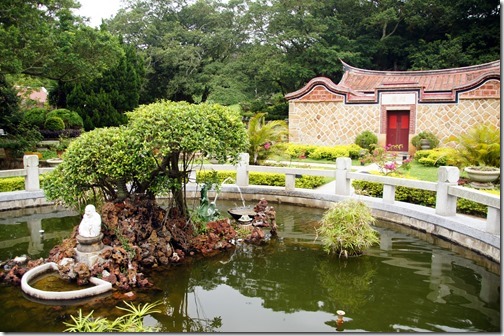 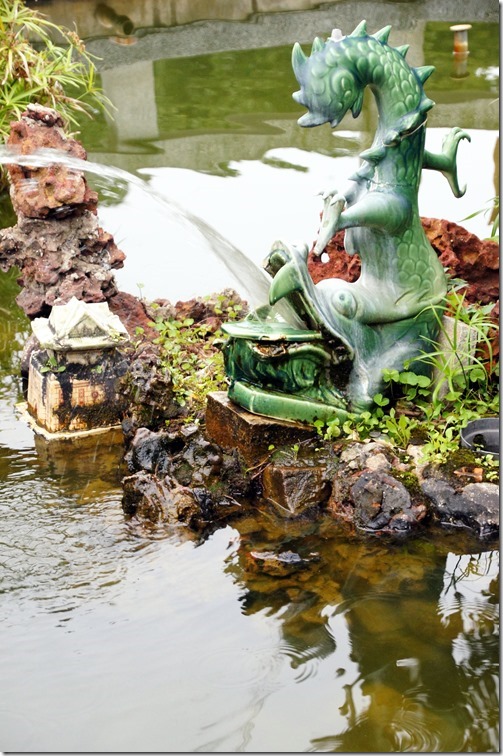 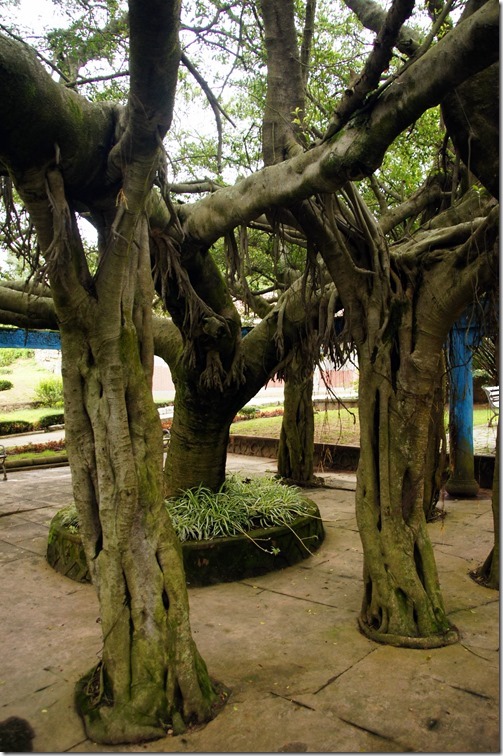 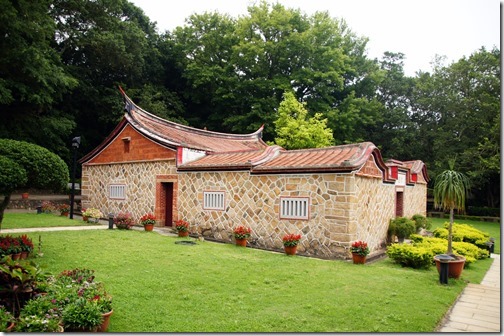 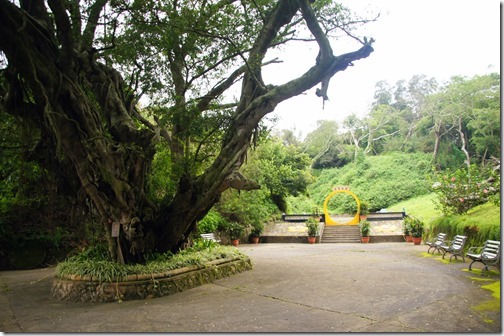 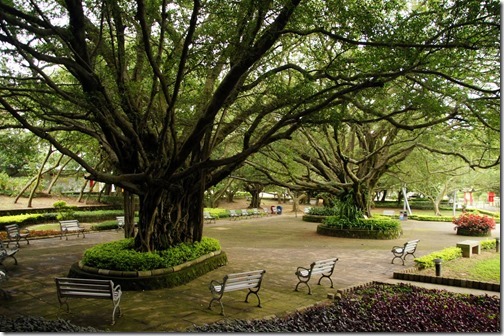 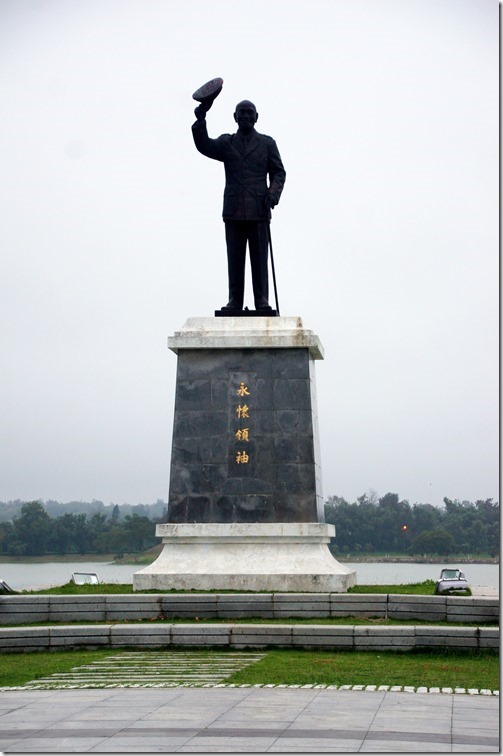 And if you’re wondering what the lake looks like on a gloomy day, this is pretty much it… 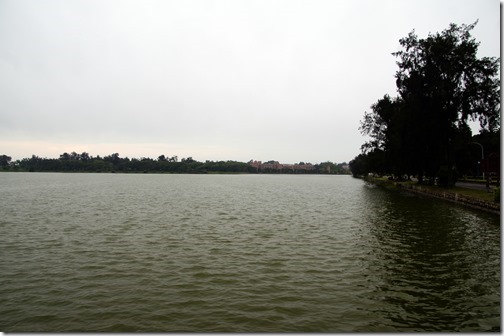 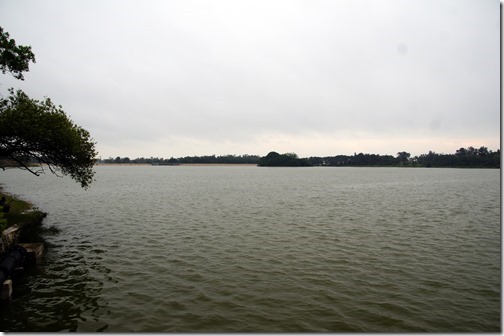 In the middle of the lake is a small hill with a pagoda, approachable by walk from the eastern side, which allows you to isolate yourself from the surroundings and get an interesting view of the lake area.

BTW – doing a much better job than I am at capturing the beauty of this place, check out Craig Ferguson’s "Overlooked and Isolated – Memorials on Kinmen". I also owe gratitude to my Tainanese blogger friend Hanjie, who inspired this whole Kinmen trip back in 2011 with his detailed photography and maps.