I’ve been to Chi Nan Temple a couple of times before and on both occasions had my fortune told by a local fortune teller (2007 ; 2011). Not sure why, but on both occasions I went up there with a bus, rather than with the gondola, since it was on a Monday or closed for maintenance (which didn’t seem to help much in 2007 since soon after it collapsed due to a typhoon). But that allowed me to venture up the famous 1000 stairs and get a glimpse of the local vendors selling temple merchandize to the visiting pilgrims. 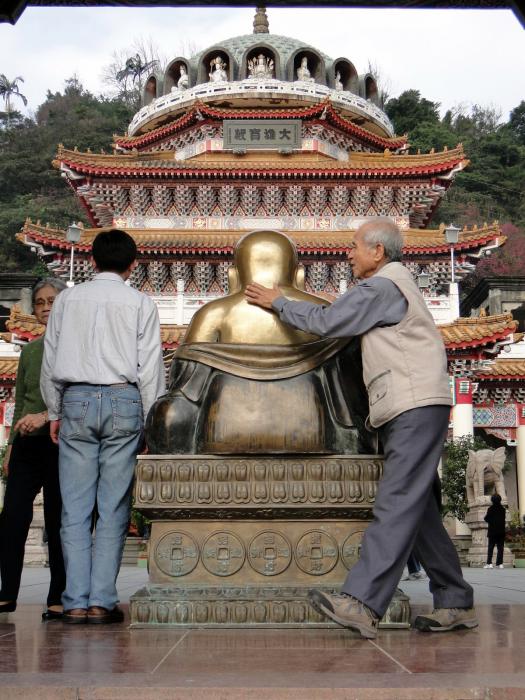 The Chin-Nan Temple, also known as Xiangong (Immortal Grandfather) Temple, is situated in a centre of culture located in the Zhinan mountain just east of Muzha in Wenshan District. Chin-Nan Temple compound covers about 80 hectares in total, spreading out over the vast mountainside. The temple honours Taoism, Buddhism and Confucianism. The four principal halls, along with five secondary halls, hallways, sidewalks and corridors, and pavilions among flowers and trees as well as small decorative fountains, little stone mountains form the beautiful landscape.

In the 8th year of Emperor Guangxu, Qing Dynasty, when the County Magistrate of Danshui Wang Bin-lin was coming to Taiwan to take up his appointment, he invited the establishment of Patriarch Lu’s holy spirit to be worshipped in Taiwan. Initially, He was worshipped at Yu Qing Shrine in Wanhua District (formerly known as Bangka). When many people living in Jingmei Street died of infectious diseases, local noblemen relocated the statue of Patriarch Lu to this community and the infections were eliminated.

As a form of thanksgiving to the blessings of Patriarch Lu, the local noblemen, therefore, successfully convinced a landlord Liu, who miraculously recovered from the infectious disease, to donate his private land for the building of a temple to worship Patriarch Lu. It was renamed the “Chin-Nan Temple”, referring to Patriarch Lu who resides at the Southern Palace in Heaven where a compass is needed to guide the people and save the world. In 16th year of Emperor Guangxu, Qing Dynasty, a thatched temple was initially constructed on a small piece of land. As the miracles of Patriarch Lu touched more people, as well as the conscientious effort of successive temple managers, the temple compound expanded with donations from the devotees.

So, aside from his mischief Lu also seems to hold special powers of healing which is mostly what attracts Taoists to come visit.

The temple itself is a huge compound consisting of a few smaller temple structures. It may take you a while to venture around the whole campus, but it’s definitely worth exploring. 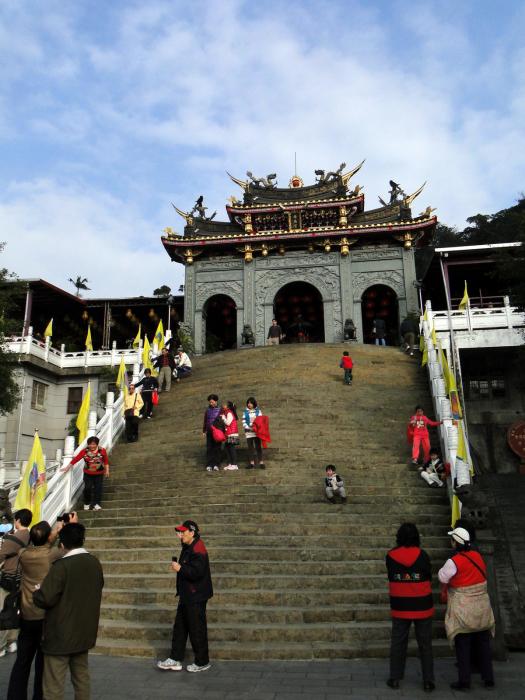 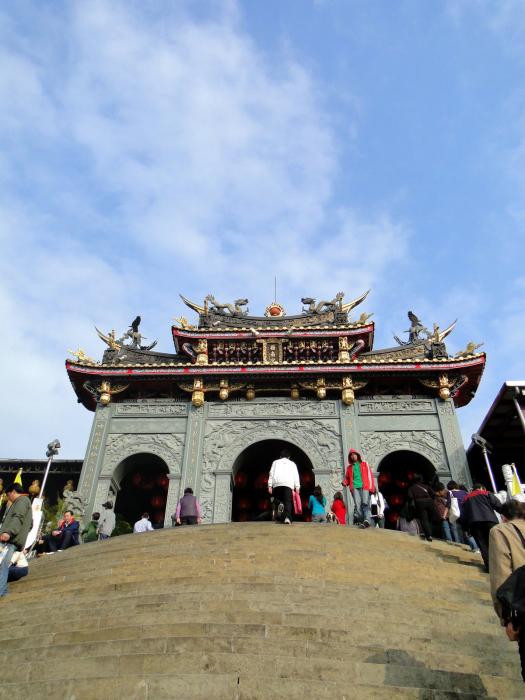 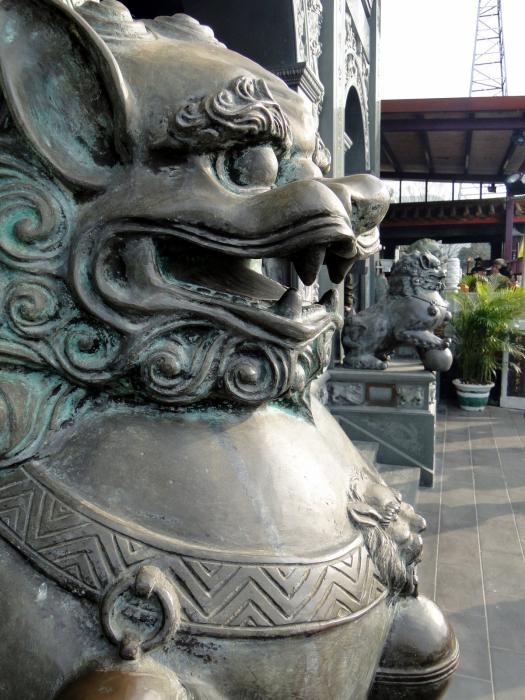 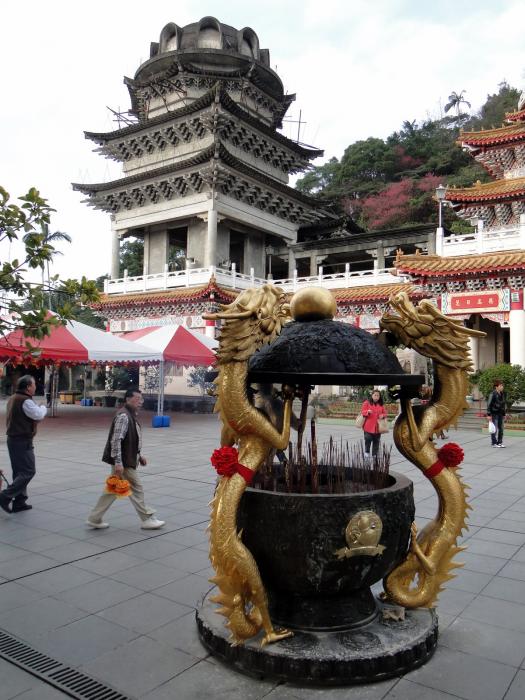 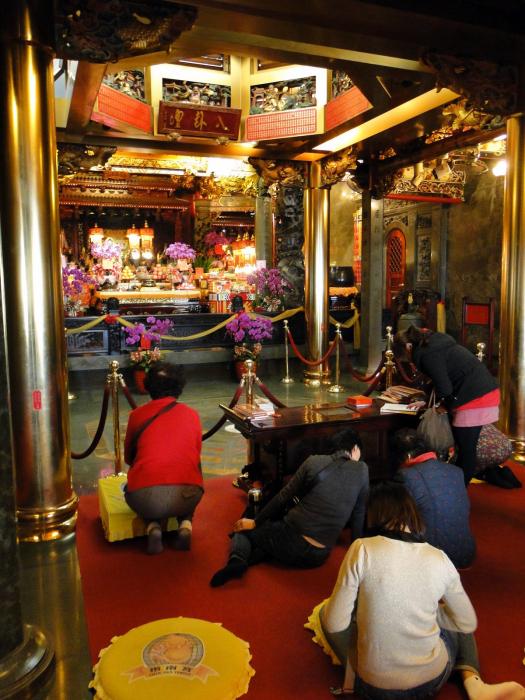 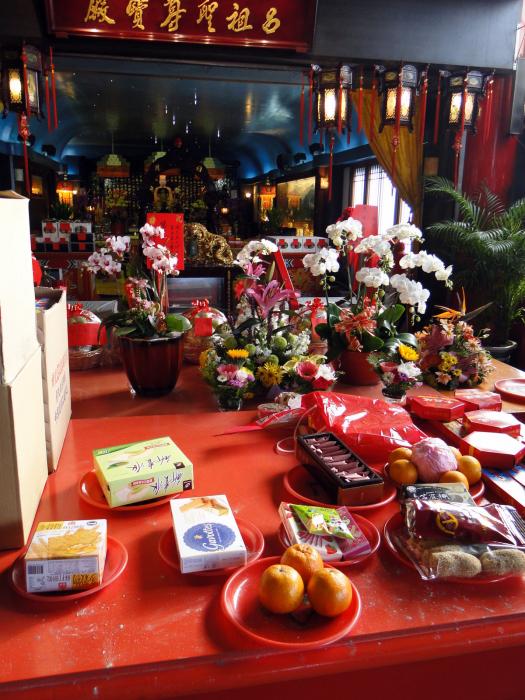 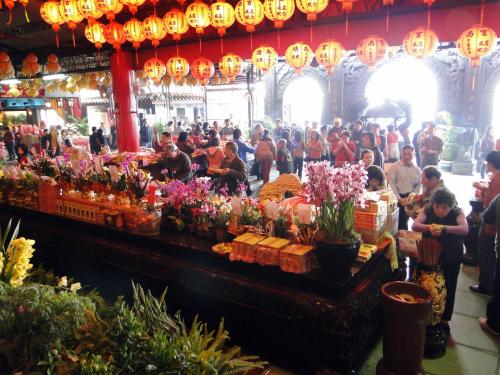 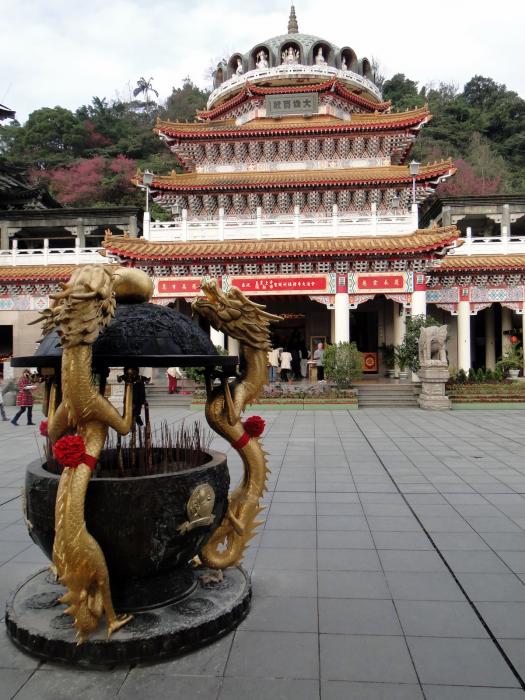 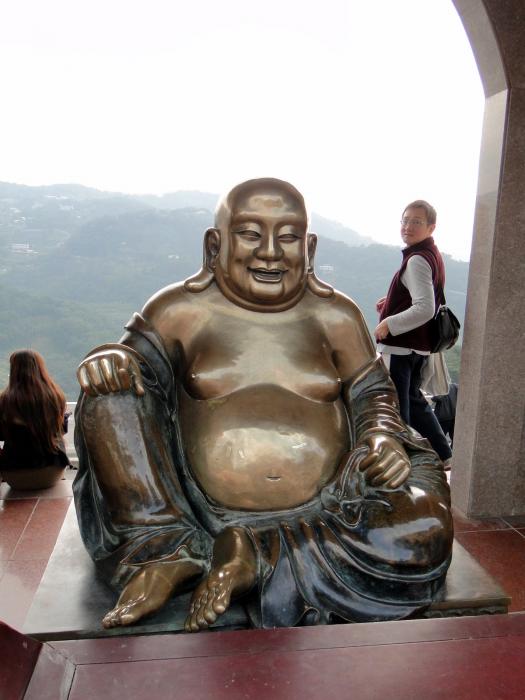 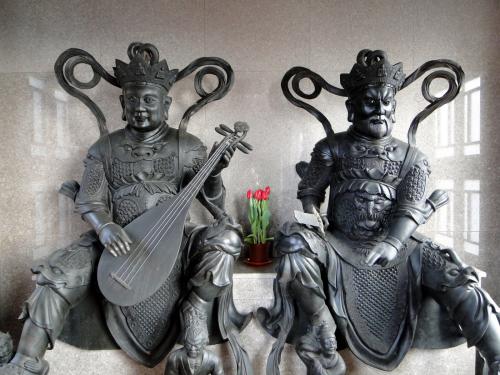 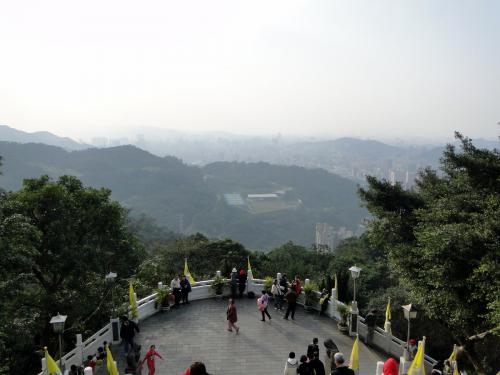 One of Taipei’s finest spots. I miss Taipei.

More on the temple here :