When people think about the Netherlands, usually the images of picturesque windmills next to farm fields and lakes comes to mind, with wooden shoes and cheese a close second. Well, Zaanse Schans is all that and more. Windmills, check, farm fields, you got it, lakes? water all over the place. Yep, it even has cheese and cheesy beautiful blond girls with two pony tails and a white hat wearing wooden shoes to explain about it to you. What more can you possibly ask for ? 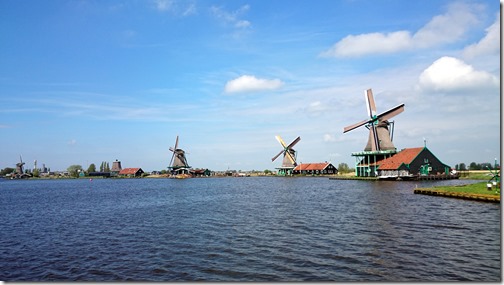 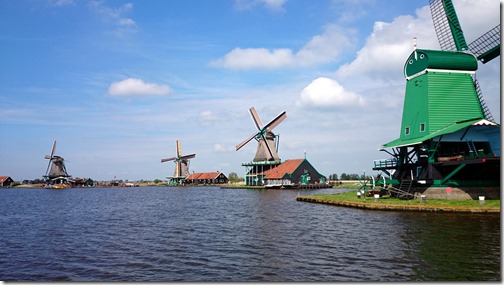 So, yeah, it’s gorgeous, as long the weather plays nice. Coming over on a bus ride, you soon realize that Zaanse Schans isn’t the modern Netherlands. Though there are windmills in far-away fields, and you can find gorgeous European architecture in the old parts of the old cities (Amsterdam, Leiden), most of the way to Zaanse is just… plain. Which makes Zaanse Schans even more special. 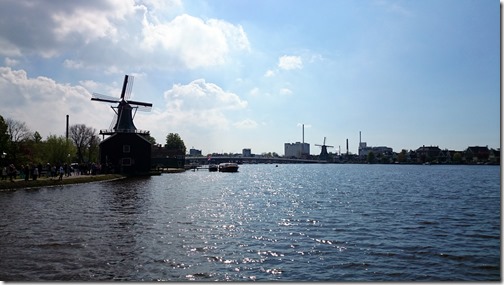 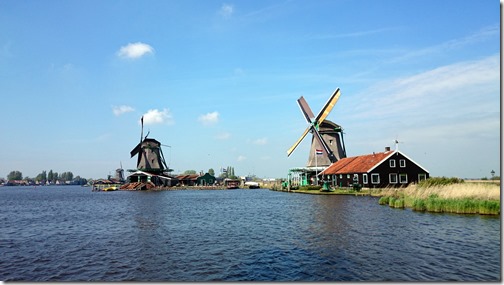 Amsterdam Info has this to say about Zaanse :

Zaanse Schans is a small village on the banks of the Zaan river, complete with tidy green houses, real working windmills, and small topical museums such as the Clock Museum and the first Albert Heijn store.

In the 17th and 18th century there were thousands of windmills along the dykes; sawmills, dye mills, oil mills etc that powered the Dutch economy. The Zaanse Schans village gives you a picture of what it must have been like. Not all the windmills and buildings started out in Zaanse Schans, many of them were moved here from the region as they came under threat from urban development across North Holland.

The windmills are all working mills, and the perform various functions, including a saw mill, a paint mill (grinding pigments), and oil mill (grinding linseed or peanuts to draw off the oil). The oil mill was working so that’s the one we looked through.

On the ground floor of the oil mill for example, you can see huge grindstones crushing peanuts which were then roasted and pressed so that the oil could be extracted. Both the grindstones and the press are driven by the windmill.

Climbing a narrow ladder to the first floor gives a view of the huge wooden cogs that transform the wind energy down to the grindstone. From this floor small doors lead onto the outside platform where you can watch the sails of the windmill go past. They fly past – really quickly! One full rotation took 16 seconds, this dropped to about 10 seconds as the wind picked up.

Zaanse Schans must be the best day trip out of Amsterdam, yes it’s touristic, but the windmills are in working order and are fascinating, and there are several other mini-museums in the village, you can see clogs being made, the antique clocks, or buy sweets from the oldest Albert Heijn shop (or rather a replica of the oldest shop). Just to complete the Dutch day out, there’s a pancake restaurant.

A few Dutch houses on the way to the windmills …. 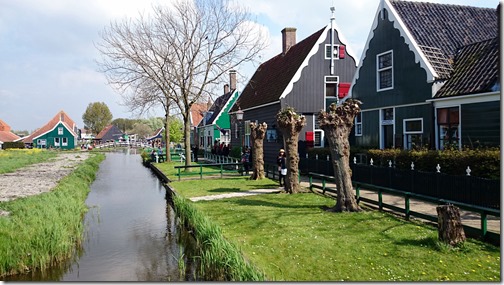 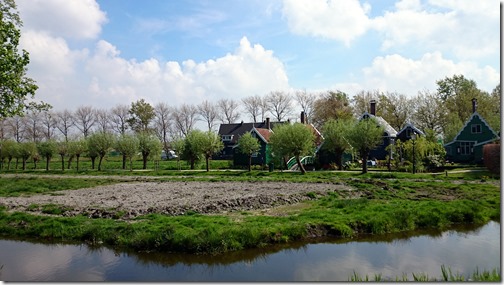 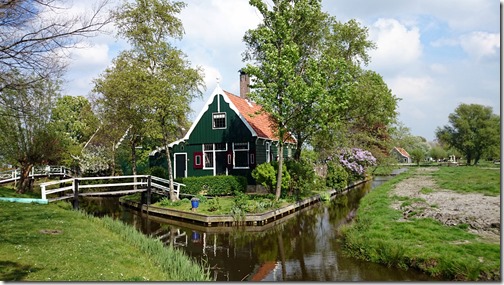 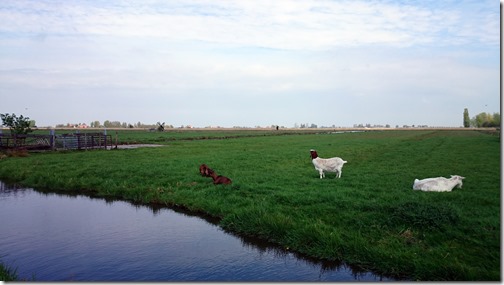 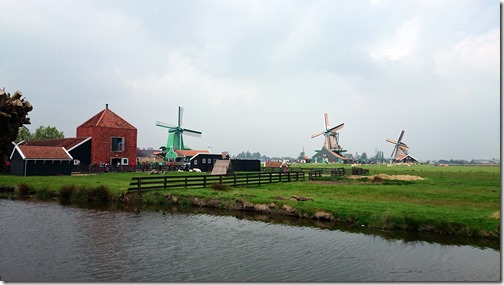 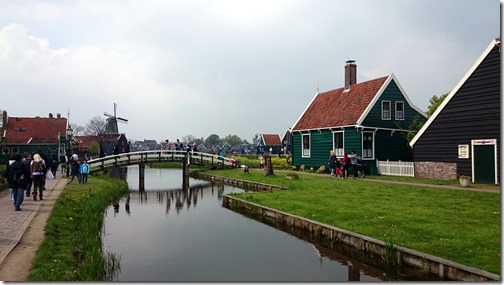 Each one of those houses has somesort of offerings for you, either arts and crafts or something touristic and cheesy, like this ‘cheese museum’… 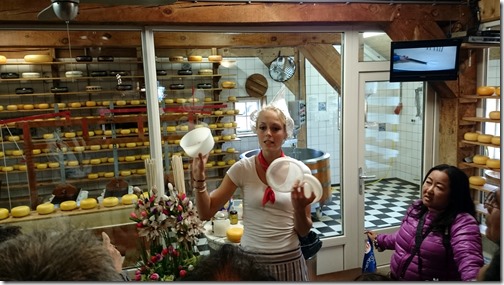 where you can learn about the secrets of Cheese.

A wonderful daytrip from Amsterdam.