Located in Shanghai’s old Chinese town near the City God Temple are the Yu Yuan (Yu Gardens) titled by some as the “most lavish and finest Chinese gardens in the region”. Despite the crowds and the very small area, the gardens are pleasure to wonder around in, with Chinese architecture, gardens, pavilions and ponds. 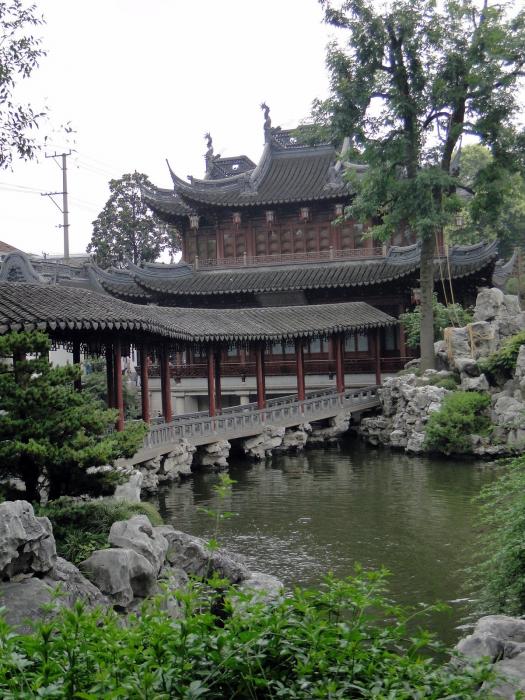 Yuyuan Garden occupies an area of 20,000 square meters (about five acres). However, the small size is not a representative of the attractions of the garden. The pavilions, halls, rockeries, ponds and cloisters all have unique characteristics. There are six main scenic areas in the garden: Sansui Hall, Wanhua Chamber, Dianchun Hall, Huijing Hall, Yuhua Hall and the Inner Garden. Each area features several scenic spots within its borders. […] Wandering in the area of Yule Pavilion and Wanhua Chamber, you will find pavilions, corridors, streams, courtyards as well as many other natural features.

Wikipedia has the background:

The garden was first established in 1559 as a private garden created by Pan Yunduan, who spent almost 20 years building a garden to please his father Pan En, a high-ranking official in the Ming Dynasty, during his father’s old age. Over the years, the gardens fell into disrepair until about 1760 when bought by merchants, before suffering extensive damage in the 19th century. In 1842, during the Opium Wars, the British army occupied the Town God Temple for five days. During the Taiping Rebellion the gardens were occupied by imperial troops, and damaged again by the Japanese in 1942. They were repaired by the Shanghai government from 1956–1961, opened to the public in 1961, and declared a national monument in 1982. 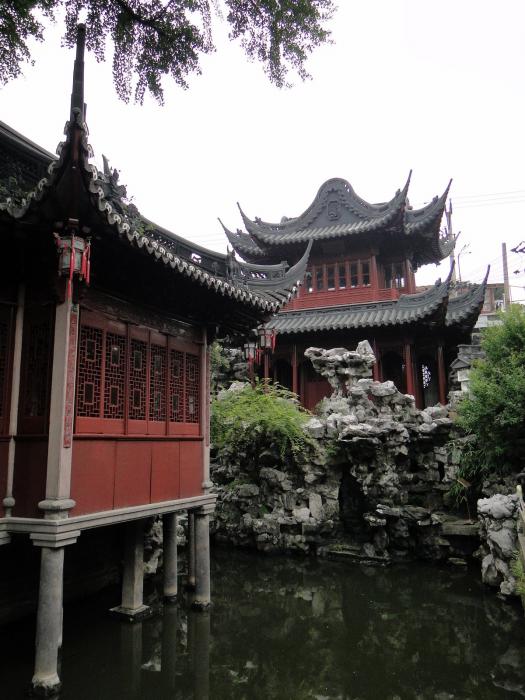 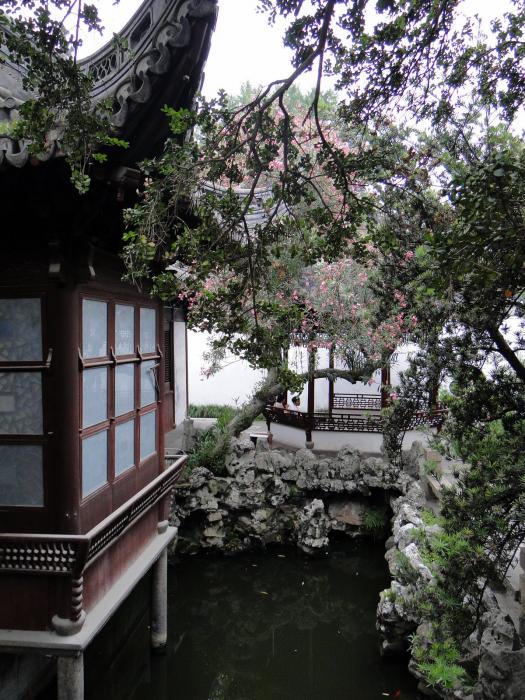 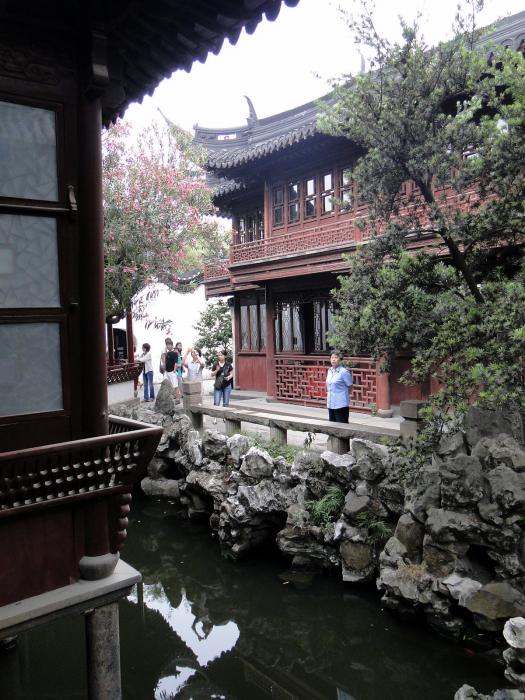 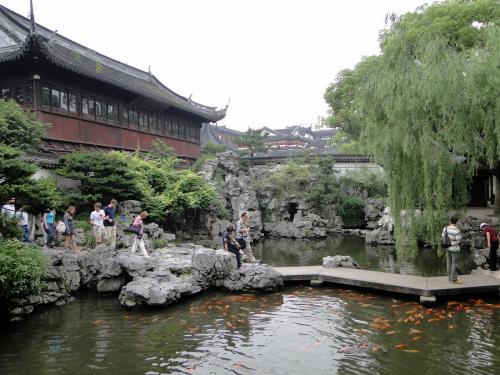 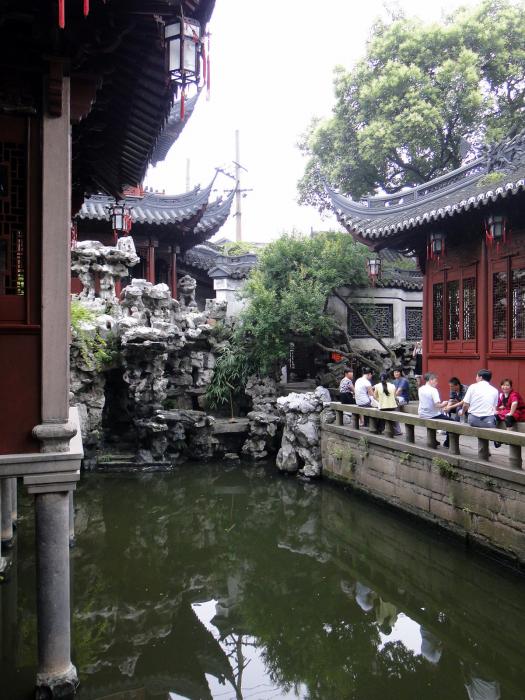 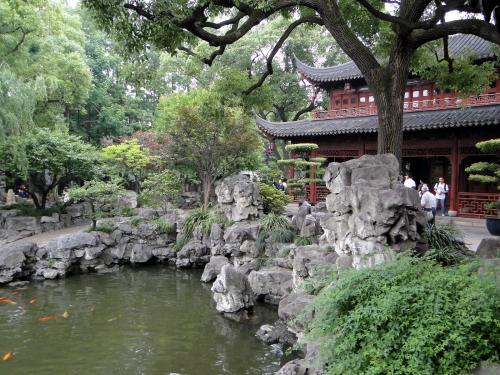 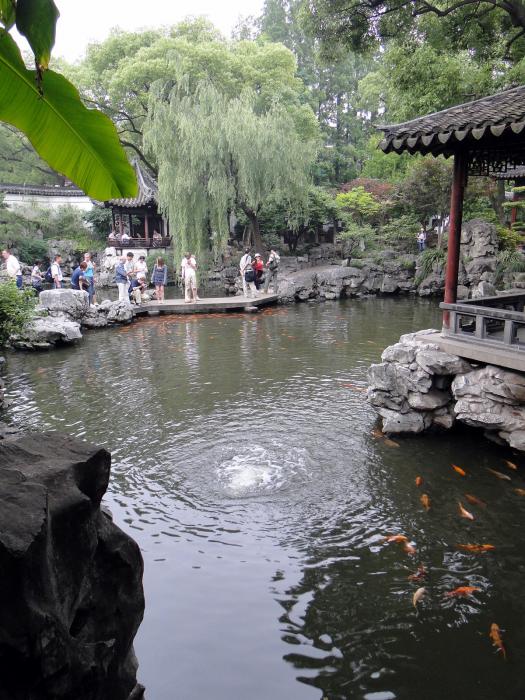 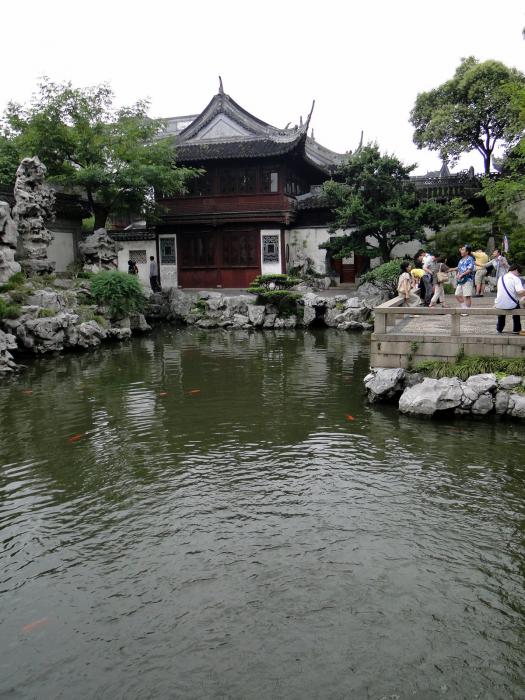 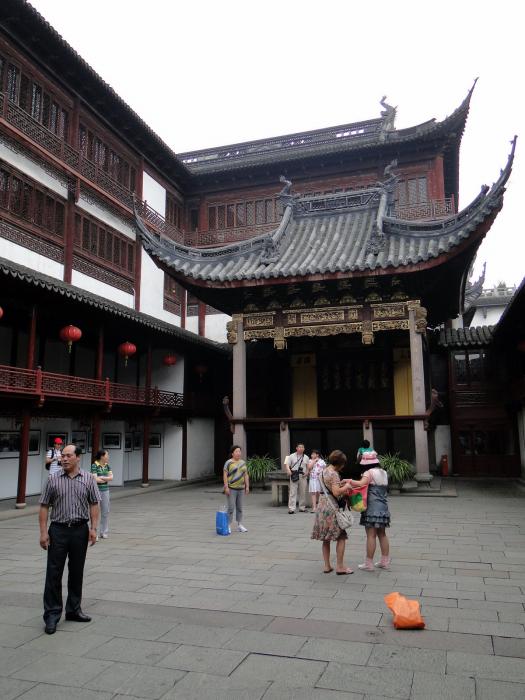 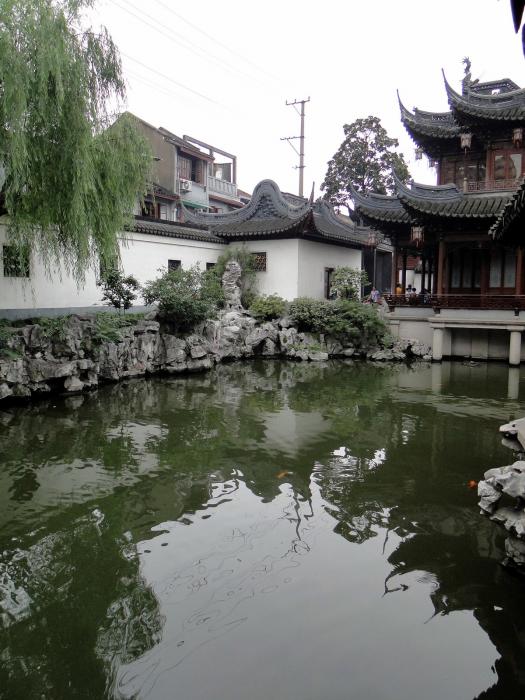 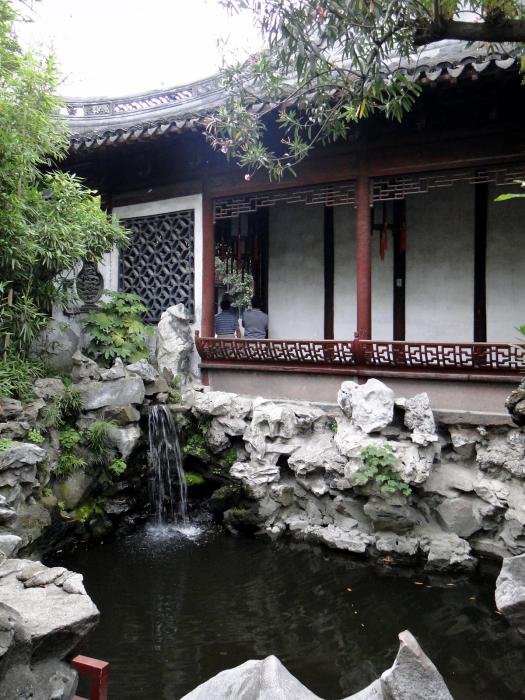 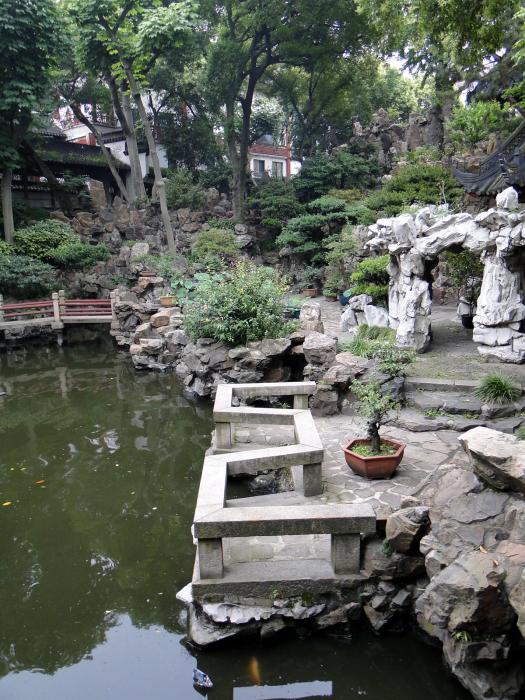 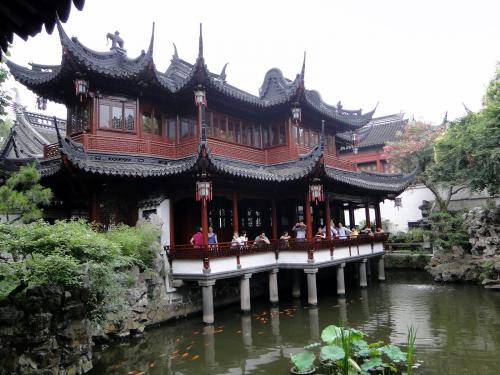 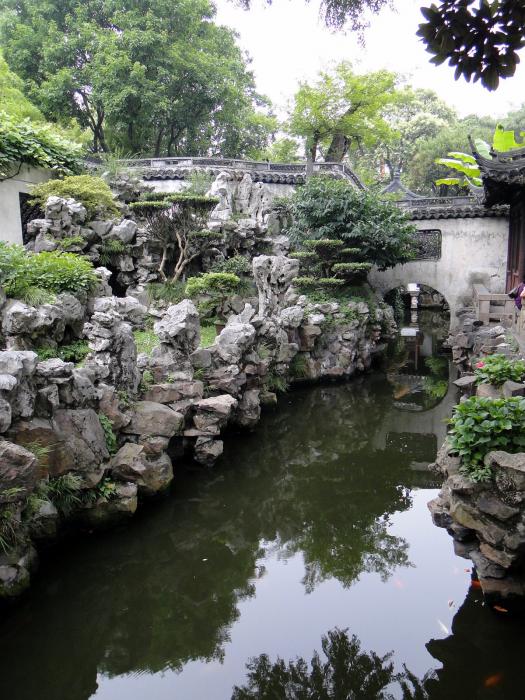 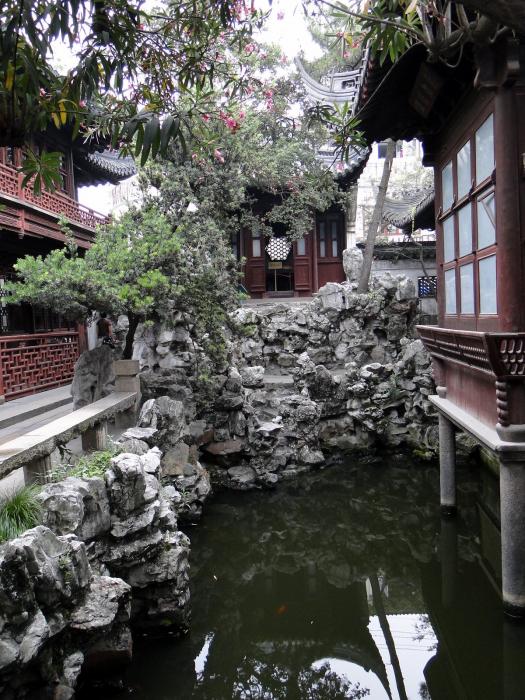 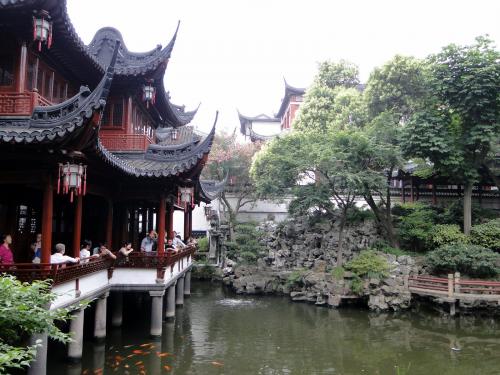 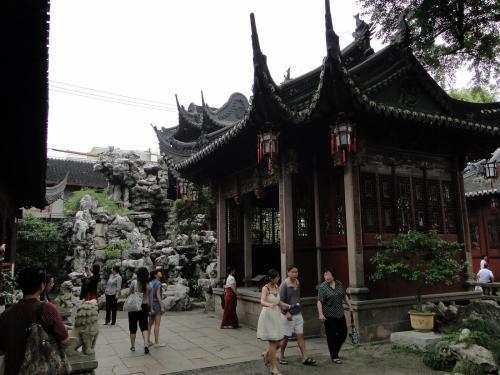 If you’re in need of a map of the gardens : 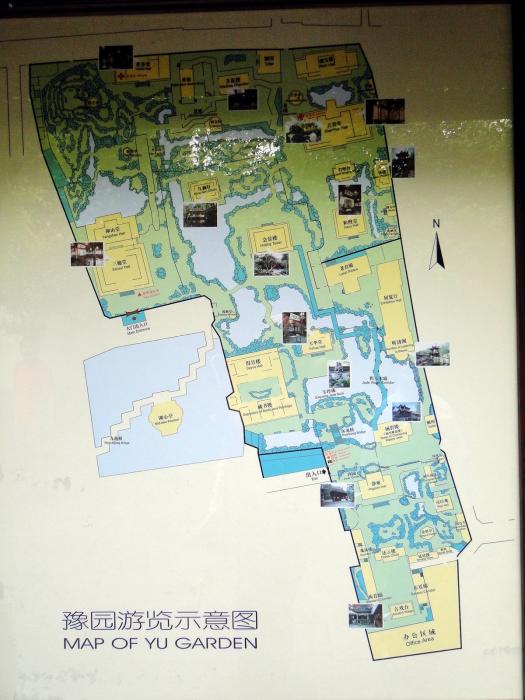 By Subway: Take Subway Line 10 and get off at Yuyuan Station. Leave from Exit 1.