Lots of religious worship sites around Beijing. I previously visited a Confucian temple and a large Buddhist temple next to it – Yonghegong. While Cloud Temple is a good example of a Daoist temple in Beijing. Dating back to the 8th century Tang dynasty. Daoism was promoted as the Tangs extended influence in an attempt to unite China and expand while promoting arts and scholarship. 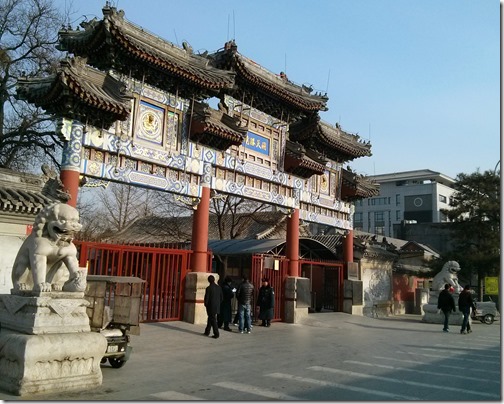 Baiyun Guan 白云观 (Báiyún Guān) was built in 739 during the Tang Dynasty (618 – 907). The Tang Dynasty was a period of expansion and unification for China. Various kingdoms were brought under central control and the borders were expanded. Without the constant fighting and defense expenditures made necessary by warring kingdoms, the Tang Dynasty was able to focus on cultural development and peaceful trade. The economy quickly grew and allowed a leisure class to develop that was devoted to literature, music, philosophy, and scholarship. Included in this exploration was the development of religious philosophy.

During the Tang Dynasty both Buddhism and Daoism flourished. One or the other would gain support depending on the Emperor’s preference, but for the most part, both were supported.

During the reign of Empress Wu, from 690 to 705, she supported Buddhism as a political strategy to discredit her Daoist enemies and rivals. However, under Emperor Xuan Zong (玄宗 Xuán Zōng), who ruled from 712 to 756, Daoism was again the religion of the court. It was during the reign of Xuan Zong that Baiyun Guan was built.

Beijing was on the outskirts of the country at that time. The capital was in Chang’an, 长安 (Cháng’ān), in the center of what is China today. Beijing was called Ji, and its ancient center was quite near the White Cloud Temple. Ji was a logical place to establish a major monastery to cement the ties to the kingdom. It was near the northern borders and would serve as a cultural bulwark again the "barbarian" influences from north of the Great Wall. Both Daoism and Buddhism were already practiced throughout the area, having spread in ancient times to the north and strongly encouraged during the Northern Wei Dynasty (386-584) and succeeding dynasties. But having a temple and monks with ties to the Tang court helped strengthen the identity of the area as Tang, rather than as Xianbei, Xiongnu, Touba, Khitan, or Mongol; different peoples of the north who had ruled the area or had a presence in the area.

What’s to see? a very old temple complex, and alot of people worshipping to all sorts of Daoism Gods… 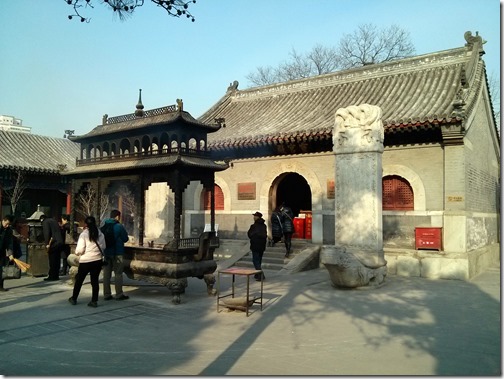 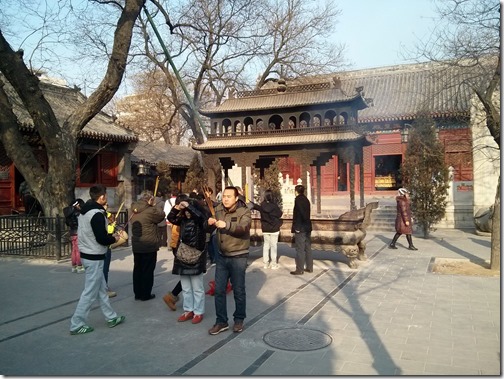 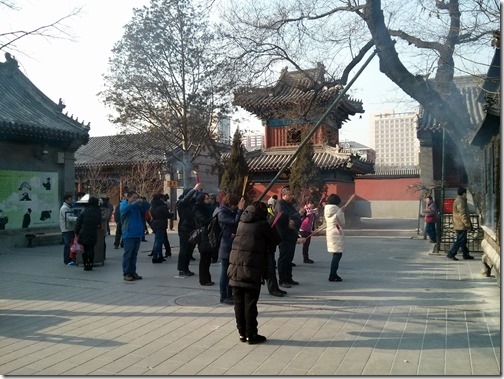 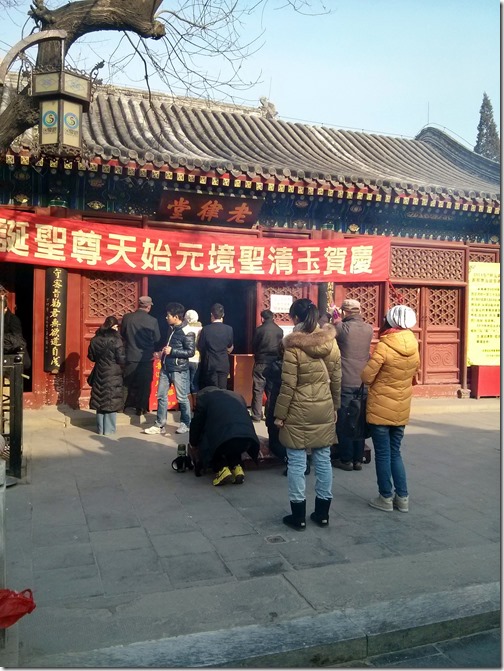 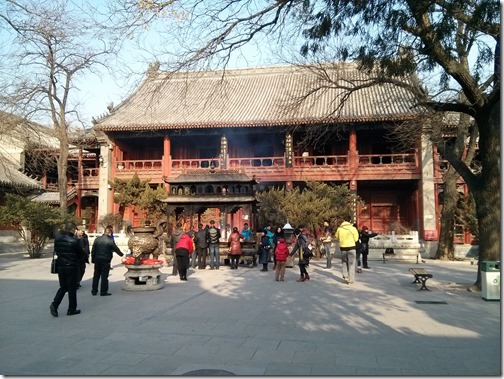 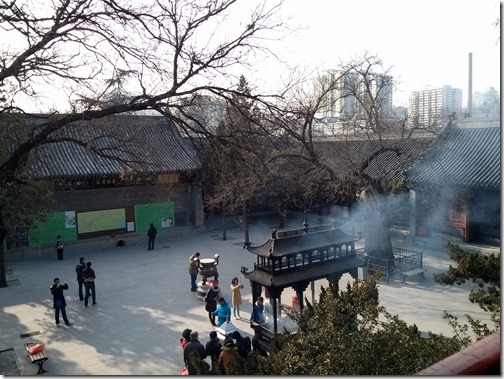 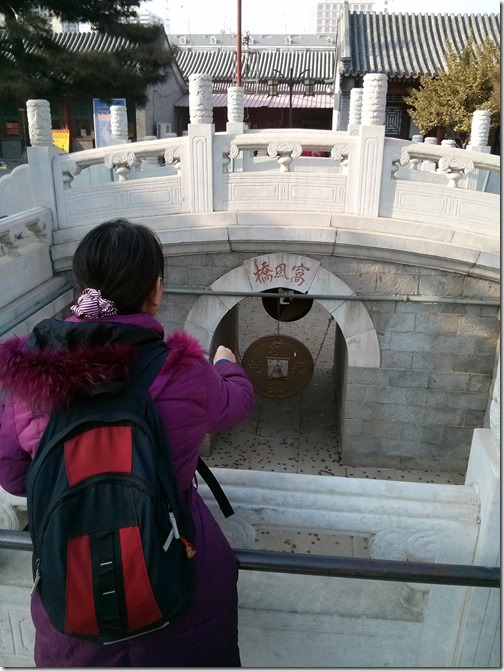 In the area, BTW, are lots of hidden run down dark alleys… 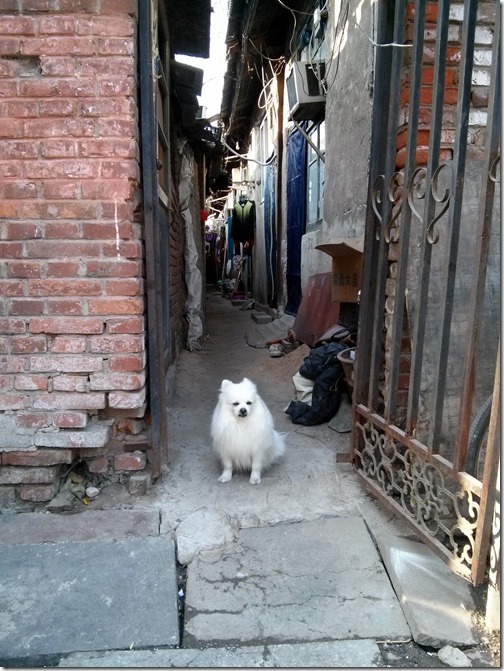 Though off the beaten track and not nearly a tourist must, if you’re interested in Daoist temples in Beijing, this one should definitely be on your list.