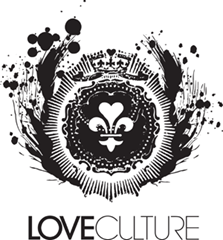 Within same culture, two people shares a lot of thoughts and belief together, whether they are good or bad.  However, in cross culture relationship, two persons from different culture can actually understand each other’s difference and find the best way to solve things.  It actually broden one’s view.

The main difference is differences in expectations of the other person.

my current cross-cultural partner gives me more respect and caring, yet he’s not controling or pushy. I feel being treated fairly and with great respect in my current relationship, whereas in my previous ones i was constantly being watched by my ex. i feel more autonomous and comfortable with my current partner.

We just need more patience for the difference. However, I am not in the mainstream in Taiwan, so I spent a lot of time dealing with the conflicts caused by me myself. The most distinguished difference is that to tell my family and friends. My parents and brothers are very open-minded but not everyone is like them. In the past, people would say that theydon’t think I am dating with a good boy. Now, people say that I am dating with a guy from the WRONG background. He is a very outstanding person but some of my family members and my friends just cannot accept him because of political issue or their stereotype.

My current partner is feminist and he respect me, such a strong ballsy girl. When I was in relationship with some other Taiwanese guys, they don’t respect my opinions and usually complain about my stubborn personality. I don’t like to be treated uneually like this. Besides, my current partner really cherish our time and our relationship, even though we’re both busy doctoral students. My Exs and a lot of possible guys usually concern more about their own life plan and business, for me this is a little bit too selfish.

In a CCR, my individuality is respected, and my values as well as point of views are very well taken and listened.  Since you sort of expect your partner to be different from you so you tend to be more accepting.  However, based on my previous experience with SCR, I found that I was often asked to fit in certain female stereotype.

from my previous experience, my current boyfriend is much straitforward, and he’s giving me more private space and respect my thoughts more.  But I have to say it’s somewhat not comparable because I always take it as a case-by-case issue. I mean, there’s no such evidence of "foreigners are all like this".

Different worldviews vs. Same worldviews. In cross-cultural relationships, the two people are working with two different cultural frameworks. This is the case in every difference that exists between individuals. Ei. Gender- a male’s framework vs. a female’s framework. It is simply about being open and honest about your perspective and being open to another’s.

The main difference for me is the use of language, e.g. talking Mandarin in English.

……my answer seems to be only one thing–language..XD

With linguistic barriers and different cultural experiences, it’s a lot harder to be subtle, especially in humor. I miss that.

the skills of commnication, or you can say the tactic of communication  People here are not that straightforward (comparing to Taiwanese), I have to try to not hurting people’s feeling more carefully. (It seems that I hurt my husband’s feeling many times~:p)  The other thing is, wemon’s social status here are not as good as in Taiwan, my husband repects me doesn’t mean others will do so.

I think that the way you flirt, make jokes, and even the things you say during sex change in a cross cultural relationship. Courtship behavior is different in every culture, as are ideas about what is considered sexy. In a cross cultural relationship you have to find some middle ground that works for both of you. The way that couples fight also changes, I think. You have to be much more careful about how you react in an argument.

when you are with somebody in-culture, you don’t have to spend a lot of time explaining all the customs, festivals, rites, practices and then translating from your language to your partner’s language and then hoping they understand. this is especially so because im very proud of my heritage. i ended up spending a lot of our holidays visiting places around the world visiting disporic communities of my culture just so he can get a feel of things. it became almost tiring for both him and me.   and when he doesn’t explain his culture to me, i get infinitely frustrated and lost.  same-culture, you would almost have little issues between in-laws and marriage/wedding ceremonies, etc. you would already be familiar with your own culture’s wedding customs and rites but in cross-culture it becomes problematic.

more learning on both parties is required in a cross-culture world.  but i believe there are more rewards also.    my wife’s first husband was a perfect example of a classic only son household.  was and still is spoiled, pampered, childish.  does not have to work, is given almost everything and at 40, is still chasing every skirt he can.  is a bit hard to hold on to a relationship.  but my wife has always worked (editor and writer), has never been "given" without work.  her grandparents and aunties have always been strong people.  my ex and my family are almost the same as my wife’s.  ex is lazy, even after 12 years, still tries to borrow money.  my family is strong willed and work hard for what they have (no mafia jokes please).

Language would be the main difference. After that it would be the way to see life and expectations from other people. My partner still expect people behave in certain ways, and do not expect that.

more sensitives in every issues with the cross-culture relationship, as they might confused what we actually meant of a certain thing or when we making a joke.

In cross-cultural relationships, there are more hurdles and difficulties due to language and culture.  Often, family members are in another country and you feel homesick.  I wasn’t able to go home when my mother and uncle died because of distance and lack of finance.

In-culture one: The moment of surprise is missing, there is less mutual enrichment as for education, less discovering, but also less complete asccordance on some issues, less compromising.

Backgrounds; an african woman raised in Ghana and an American man raised in Japan meeting in Turkey. It has happened and they have differences in terms of their backgrounds, religion and social habits. But, their basic values were similar; respect, tight-knit family units, religion and love. Differences will be their exterior colour, accents, language and maybe, thinking. Their arguments could be about the culture. Similarities will be as mentioned earlier. For me, I could not marry someone from back home because it would feel more foreign to me. Their life experiences, culture, priorities and their status in their society. Marrying someone from here worked better for me as i grew up seeing the same thing as them, had a mixture of friends and were educated enough to work and be financially stable, even if we were single. Sometimes, we will argue about the same things as a same-race couple, such as wanting a holiday or duties.