The northern part that remains a shopping area today was constructed a bit later in 1906. It’s a good tourist stop in Sheung Wan to get a sense of the “former Hong Kong” might have felt like with the architecture pretty much the same and many of the shops still maintaining that special spirit. 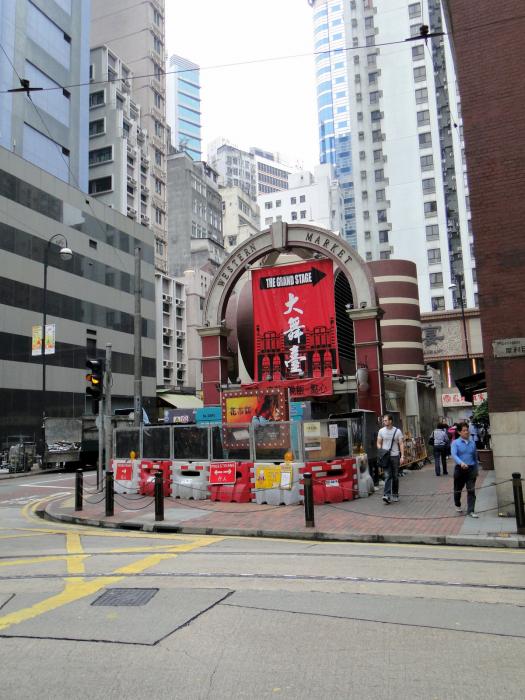 Best way to get there, is on the tram. Get off just before it makes the turn off Des Voeux Road. 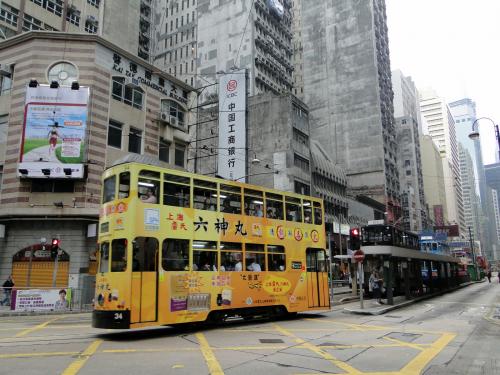 This is the grand entrance, under renovations during my visit. 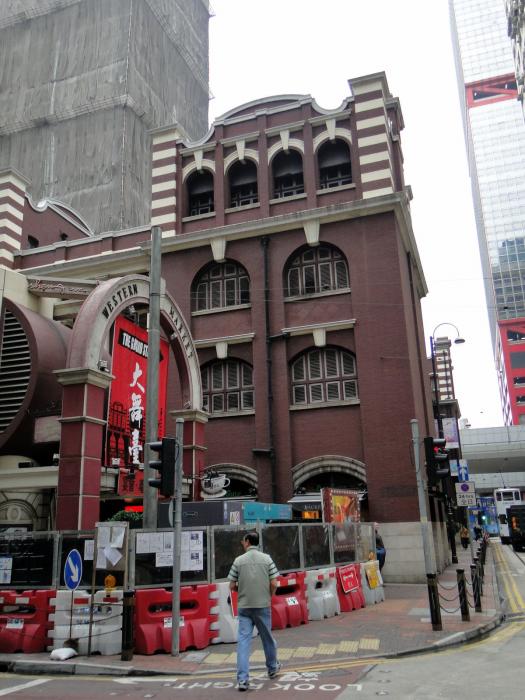 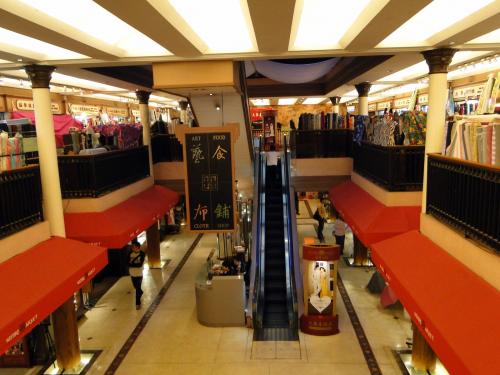 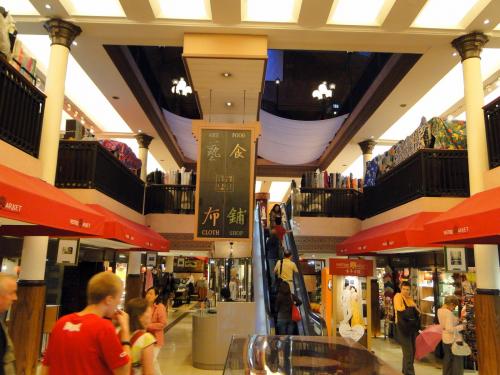 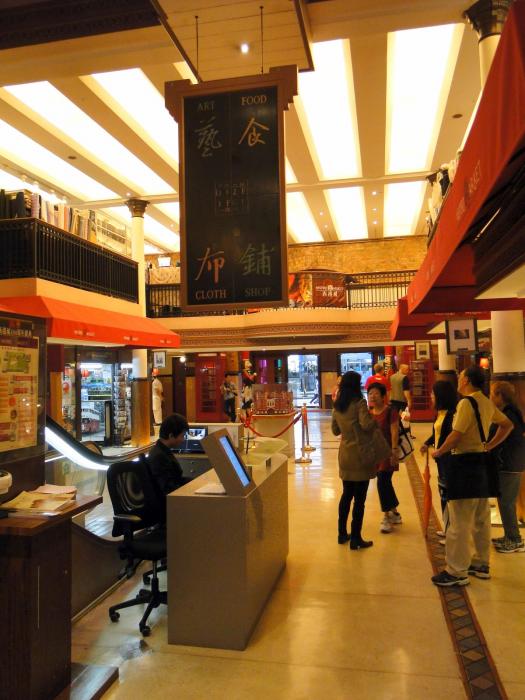 As you can see, not that big, but looking somewhat posh.

Plenty of tailor shops on the second floor… 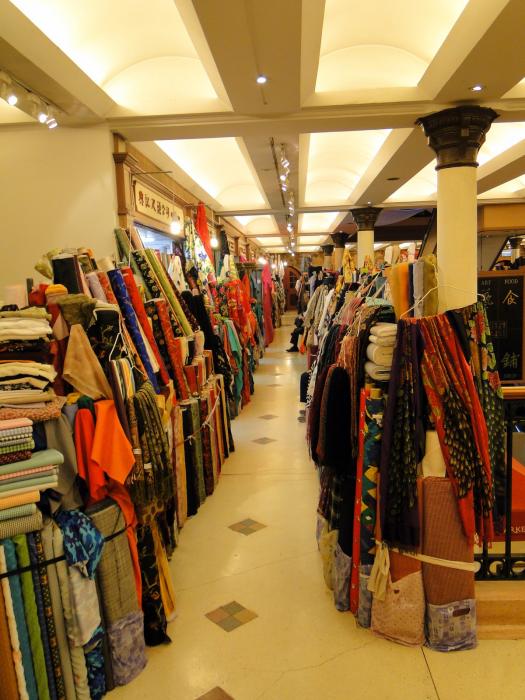 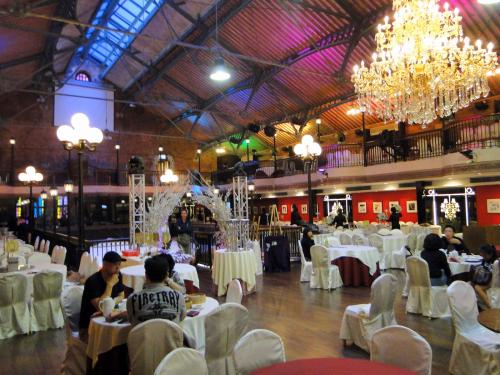