Till recently those signs were rare being just in the tourist spots in Tainan like next to the Chikan Towers, but it seems that in the past few weeks Tainan city tourism bureau has been putting them all over town, even the less touristic east side. I was surprised to see a few next to the university pointing out to attractions in the university area. 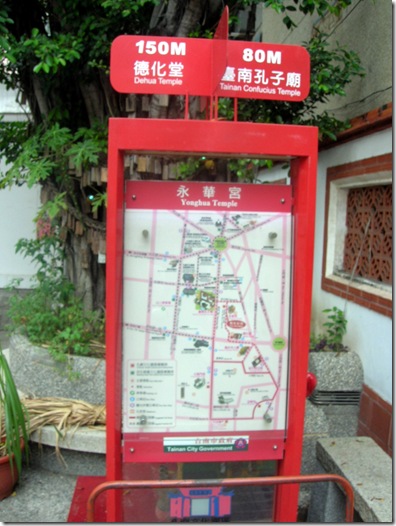 Don’t you think it’s impressive? In both Chinese and English the boards include a very detailed map, with current location and interesting things in the close by area. Up on top there’s the highlight of what’s north-west-south-east of you and just how far… 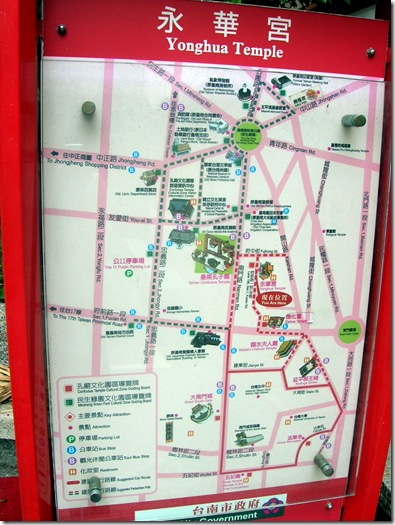 The map itself includes suggested car-motorbike routes as well as pedestrian path to conveniently see all the the nearby attractions. You can find the nearby parking lots, toilets and see where the Tainan tour bus – which I’ve seen alot more lately – stops. 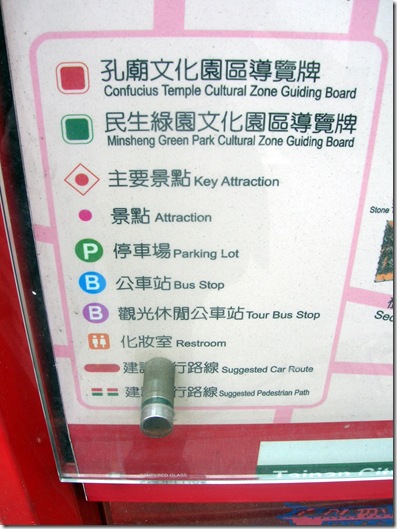 At the back, there’s some general introduction to the point of interest next to where the sign is located. 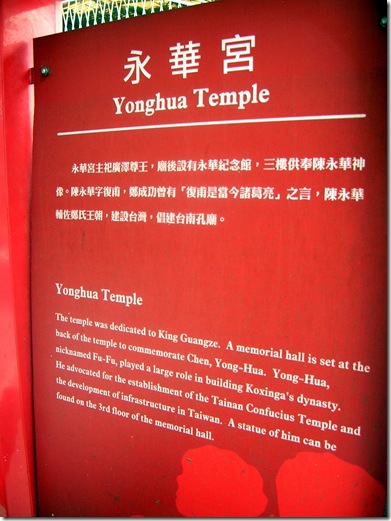 Say what you want about international tourism in Taiwan, this is great. I think having something like that all over Jerusalem could help the confused tourists and pilgrims figure out what’s going on and where they God or prophet did what.

Michael and I spotted a few historic monuments in the eastern part of Tainan that we had no idea were there. Nothing world class, but still interesting for the international students who are bored of the same old Tainan spots.

Each time I have visited Tainan I have been very impressed by the signs and efforts to promote tourism. It really is a great city.