A short while after coming back to Taiwan, I went to see Taichung for the first time. I’ve heard so much about Taichung being “the most livable city in Taiwan” that I was really curious what it would be like. As for tourist attractions – on the way there I asked a friend in the area what I can go visit in Taichung I got the unexpected reply that “It’s a good place to live, but as far as tourist goes – it’s a fu#&ing desert”. Good start for the trip, but the tourist center in the Taichung Train Station had a few ideas for me to try out.

First stop, the Taichung Fine Arts Museum, the nicest one in Taiwan, I believe. Really classy, great architecture, the way museums should be build in Taiwan. No photos allowed in the art galleries, but here’s a small taste of what it was like : 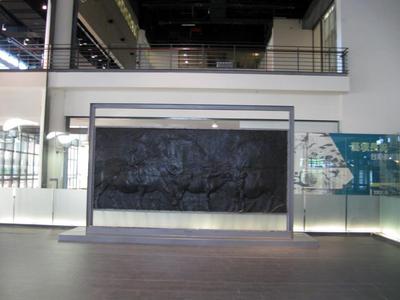 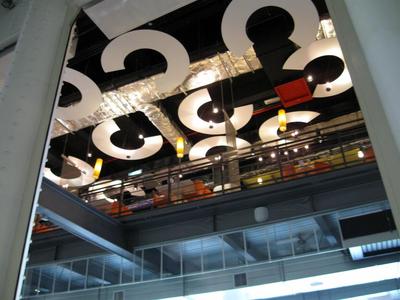 Outside, there is a really lovely park with various Chinese style ponds and modern sculptures… 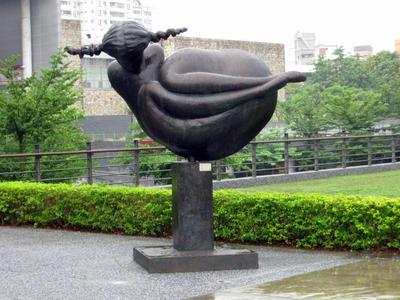 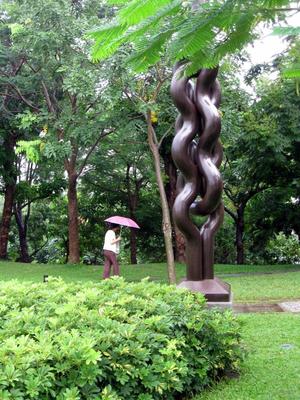 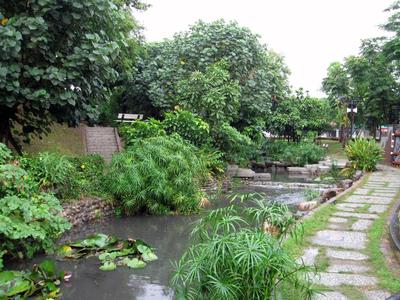 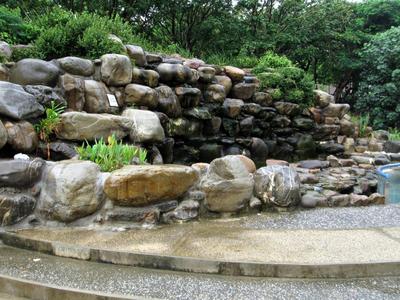 From the park, going south, is a wide street I fondly refer to as “Europe st.” with a park in the middle surrounded by restaurants with cuisine from all over the world – Greece, Germany, Italy, France. 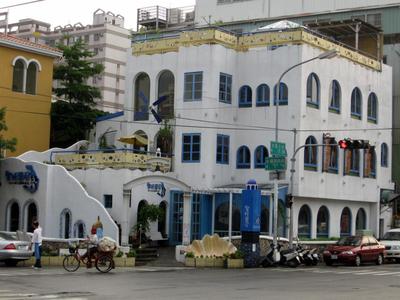 Here’s what the Italian “Pumpkin” – I think it was – looked like : 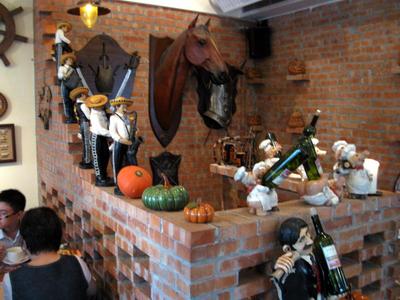 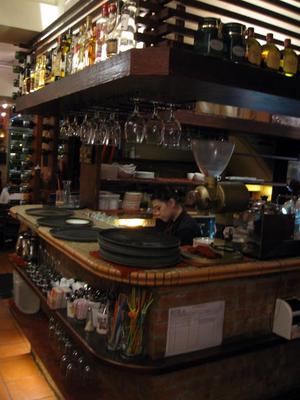 I wish they would have a street like that in Tainan. It’s all that Hai An rd. in western Tainan and Lin Sen rd. or Dong Feng rd. in Eastern Tainan could have been like, but probably never would. There is a special aroma to Taichung, in some parts.

I live in Taichung but I’ve never heard of that Museum. Do you know where it’s? We call that ‘european street’, “Little Europe”. A lot of foreigners hang out around there, Western Food!

Chris – Some folks refer to it as the “Taiwan Museum of Art” （臺灣勝利美術館）。 It’s on 2 Wuquan W Rd. going Tue-Sun from 9am-5pm. The park next to it I think is called by some “People’s Park”.
Glad to have find your blog/site. Looks terrific.

hello chris, i think what you mean ‘little europe’ is not where fili went , that little eaurope district is in 精銘街, which has many resterants and bars .. i remeber. i love the place Frog (outdoor grilled and beer..hehehe)

fili ~ that pupkin house is quite famous, i hoped you ate there instead of the greece one. haha. The Indian restrant next to Greece is also a good reccomendation, they have bollywood poster on the wall.

Yea you’re right Chloris. That last picture kinda reminded me of the ‘mexican’ bar on the corner where they serve tacos & burritos. So I’d thought that’s where they went O.o