Down in the back alleys of Tai Hang area near Tin Hau MTR station are a few temples, dedicated to some of the most popular Gods in Hong Kong. Tin Hau needs no introduction, definitely – by far – the most well known Goddess in this region. This temple dates back very early to the beginning of the 18th century, before there was really anything that you can call "Hong Kong". Not too far away, is the tiny yet impressive temple of Lin Fa Kung Temple dedicated to Kwun Yum (or Guan Yin), the Goddess of Mercy. Both are well worth your time if you’re in the area exploring the bloom of the local Chinese alternative to SOHO. 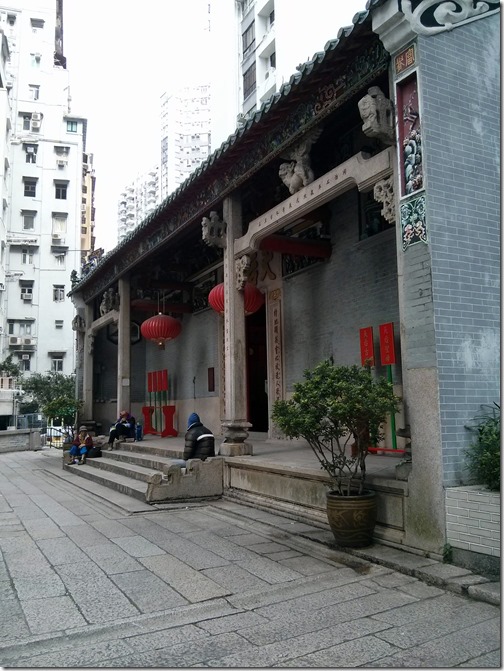 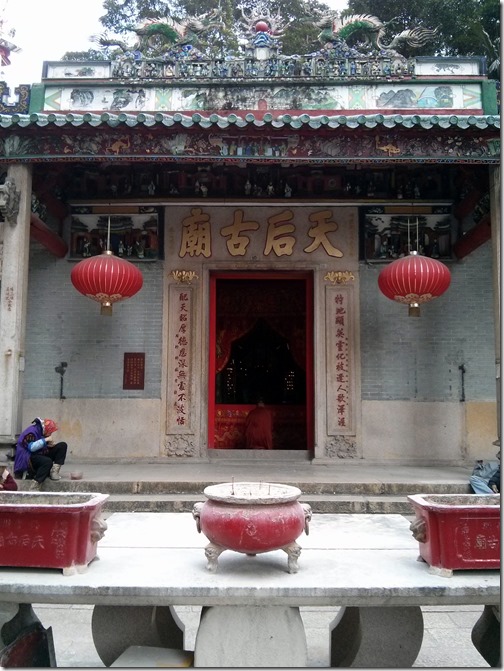 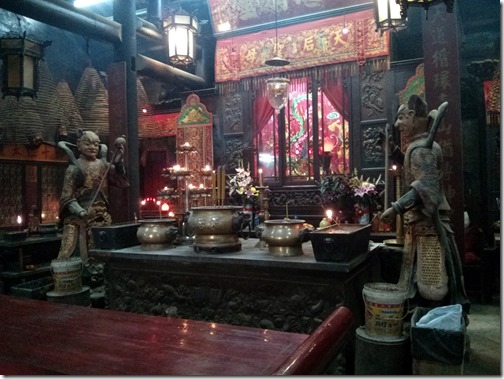 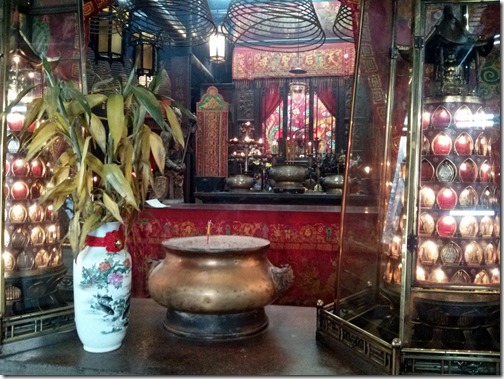 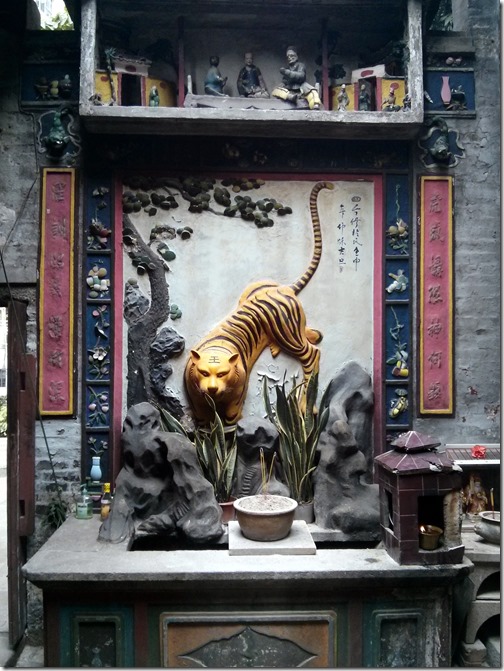 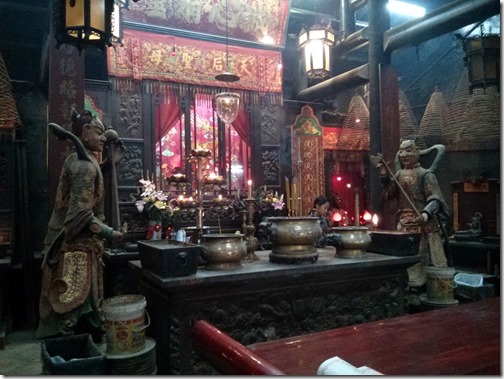 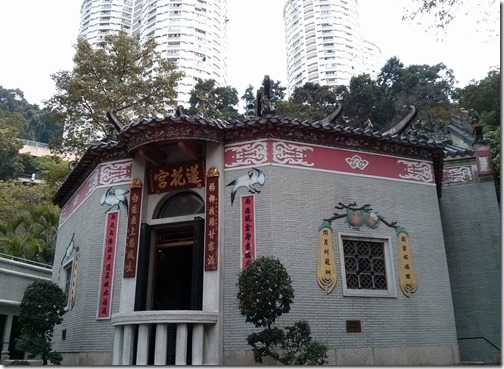 The Chinese Temples Committee has a bit :

This temple was built in 1863. It was said that Kwun Yum had been seen appearing near the huge rock (Lotus Rock) where the temple locates. The followers therefore built a temple near the rock to worship Kwun Yum.

Kwun Yum or Kwun Sai Yum is known for centuries as a deity of sympathy, compassion and mercy, hearing the pleas of those who are suffering. Kwun Yum in the earlier times was a male divinity, but evolved to be a female deity in Tang Dynasty(唐朝).

Arising from a saying that Kwun Yum studied Taoist teachings on lotus blossoms, some Kwun Yum Temples are also called Lin Fa Kung (Palace of Lotus Flower). Temples dedicated to Kwun Yum are often alternatively known as Shui Yuet Kung (Palace of Water and Moon), which stands for all that is quiet and peaceful and detached from the material world.

A few of my indoor captures … 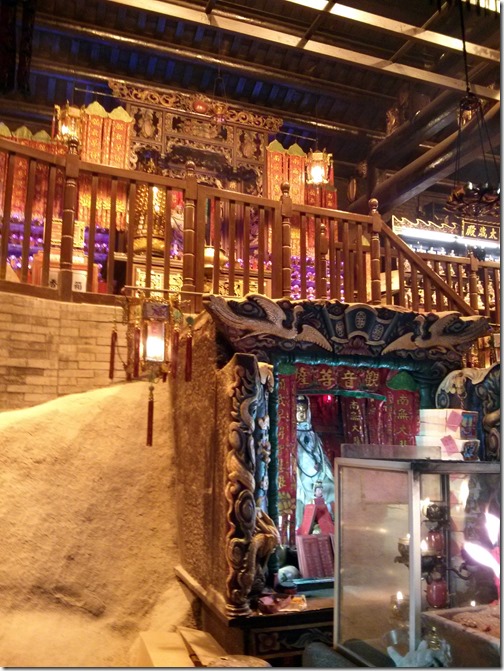 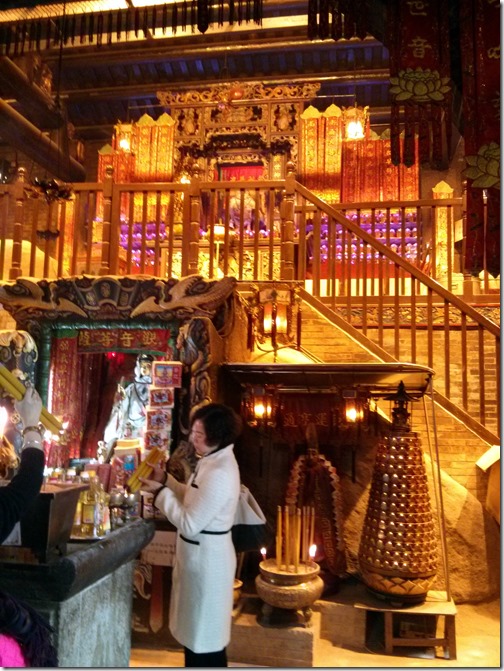 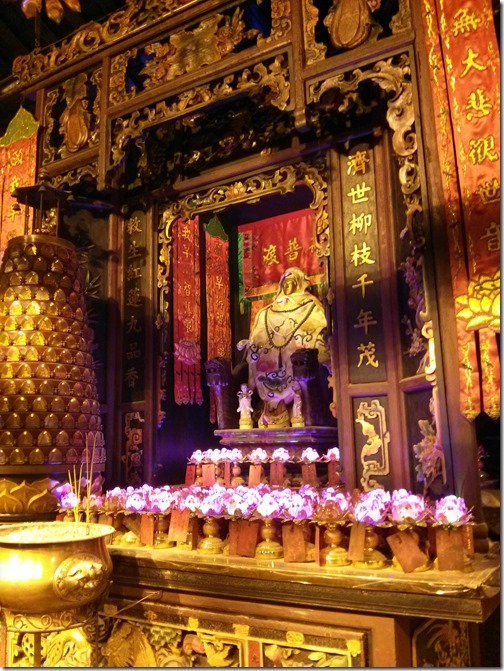 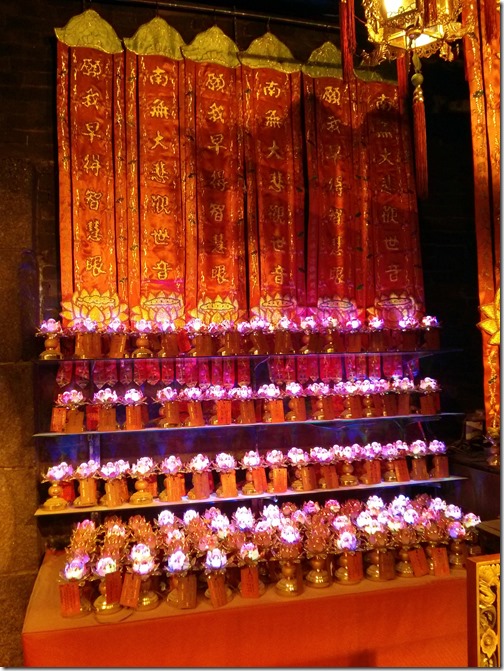 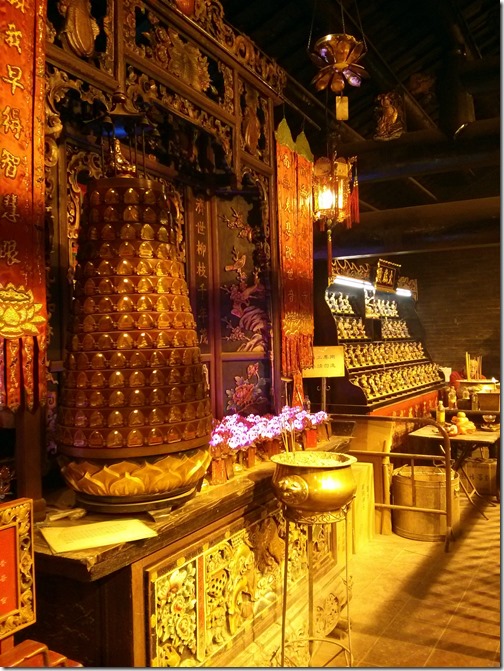 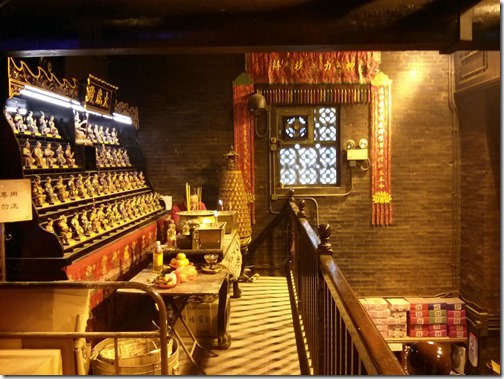 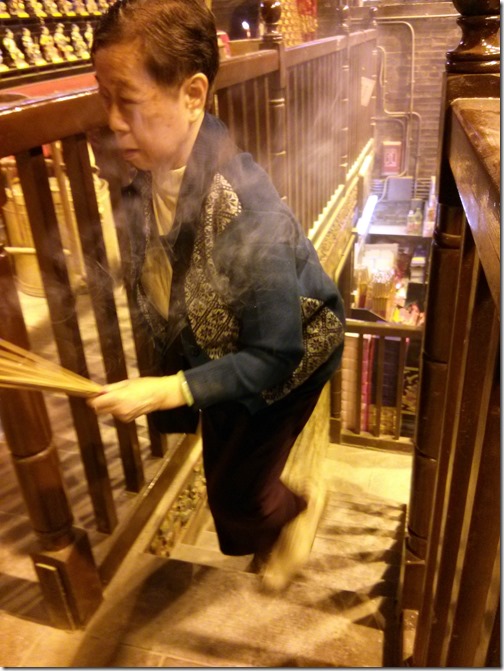 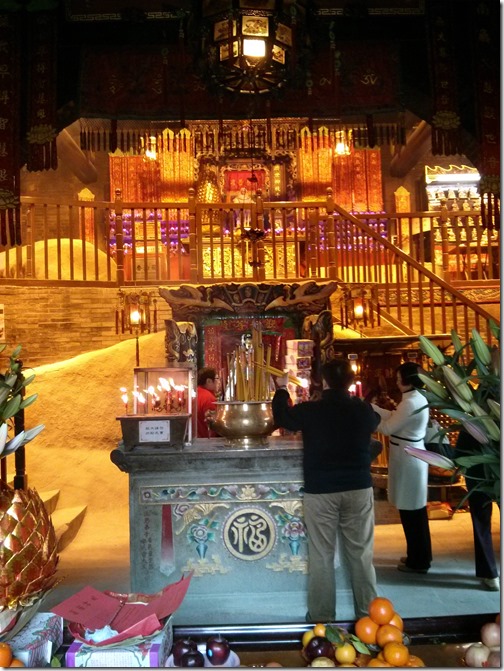 You’ll notice it’s quite a special structure, built on the mountain slope.