The strangest attraction I’ve been to in Singapore is probably Haw Par Mansion, a trip into kitsch and bad taste once intended as an amusement park introducing the wonders to Chinese mythology and Confucianism. It’s way past its glory days, and I visited it was completely deserted. The few Singaporeans I talked to and mentioned going there never heard of this place, though they were naturally familiar with the nearby underground train station, so I guess this is maybe as far as you can take your Singaporean local explorations. 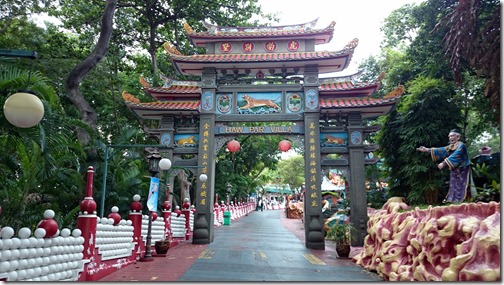 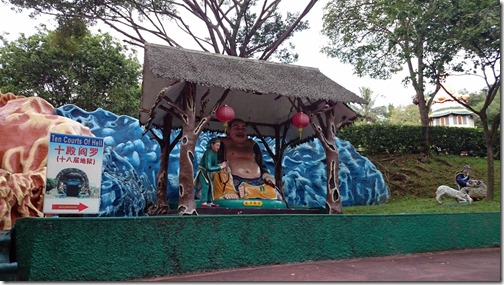 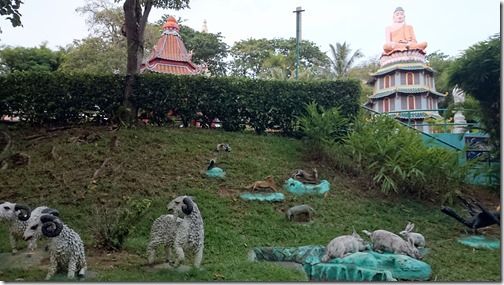 The place has some really weird history. Wikipedia has the tale :

The park, originally called Tiger Balm Gardens, was built in 1937 by the Burmese-Chinese brothers Aw Boon Haw and Aw Boon Par, the developers of Tiger Balm, as a venue for teaching traditional Chinese values. They moved their business from Burma to Singapore in 1926 and purchased the site in 1935.

In 1988, the Singapore Tourism Board took charge of the Tiger Balm Gardens and renamed it "Haw Par Villa Dragon World". The Haw Par in the park’s name is based on the Aw brothers’ personal names—Haw and Par, which mean "tiger" and "leopard" respectively. The dioramas and statues were restored, while plays, acrobatic displays and puppet shows were organised and held there. The management imposed entrance fees but the high fees discouraged visitors, so the management incurred a loss of S$31.5 million over 10 years. The park management made a profit during its first year of operations after renovations in 1994, broke even in 1995, but started incurring losses over the next three years and was forced to provide free entry in 1998. In March 2001, the Singapore Tourism Board renamed it "Tiger Balm Gardens". The park is now open every day from 9am to 7pm and admission is free.

The best known attraction in Haw Par Villa is the Ten Courts of Hell, which features gruesome depictions of Hell in Chinese mythology and Buddhism. This attraction used to be set inside a 60-metre long trail of a Chinese dragon but the dragon has been demolished, so the attraction is now covered by grey stone walls. 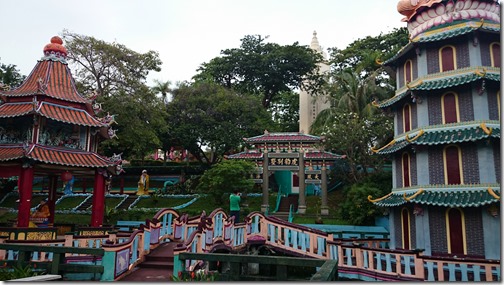 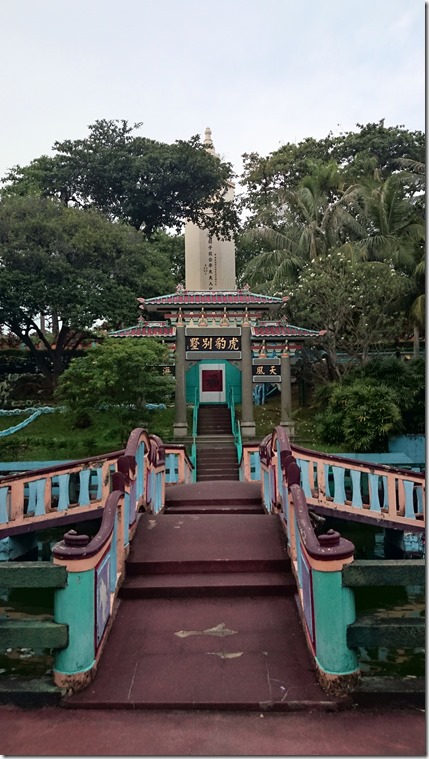 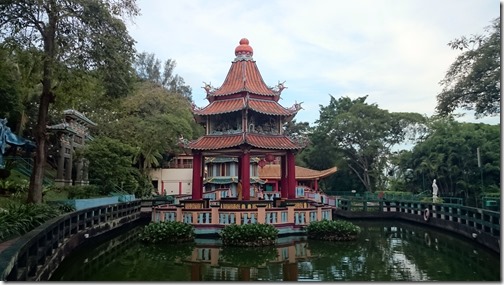 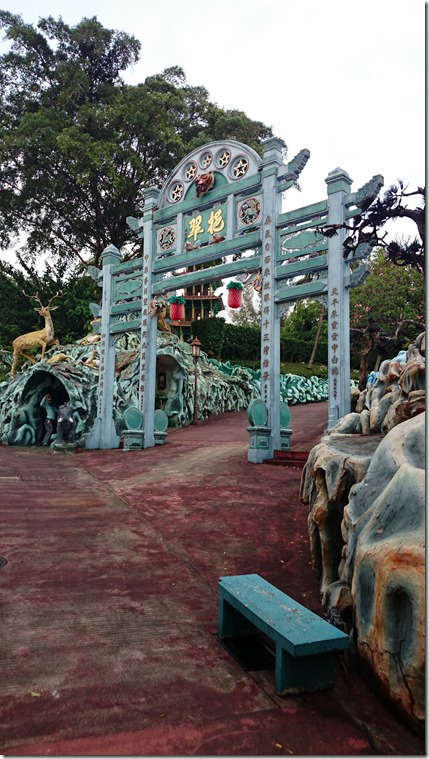 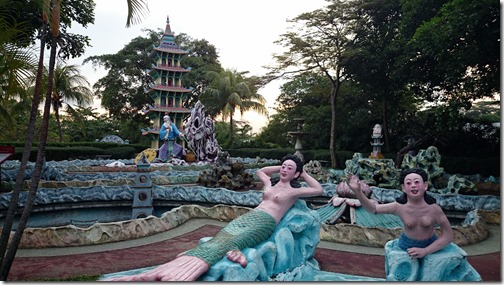 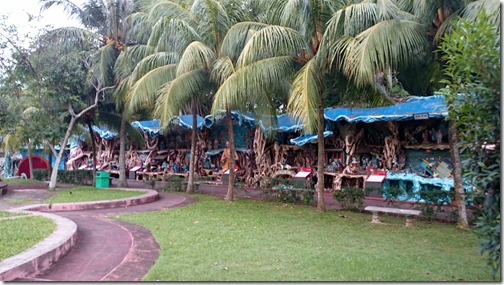 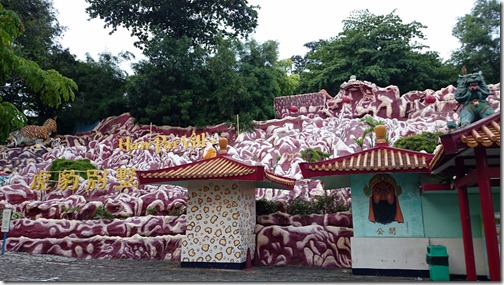 Reminded me of my days in Taiwan with all sorts of bizarre temple explorations (example).

I should thank my lovely host who took up my challenge to show me something ‘off the beaten track’ in Singapore. Well done!

If you’re passing by in the area, stop in for a 10 minutes walk just up from the underground train station and immerse yourself in this peculiarity.