Looking for a bargain on Chinese antiques? I suggest you start from the Thieves’ Market (Cat Street, or Cat Alley) up on Lascar Row from Sheung Wan. There’s a lot of touristic and antique fake junk there to complement the nearby Hollywood street which tends to sell the upmarket authentic stuff. If you’re lucky and know your stuff, you might also be able to find some very low priced authentic goods. 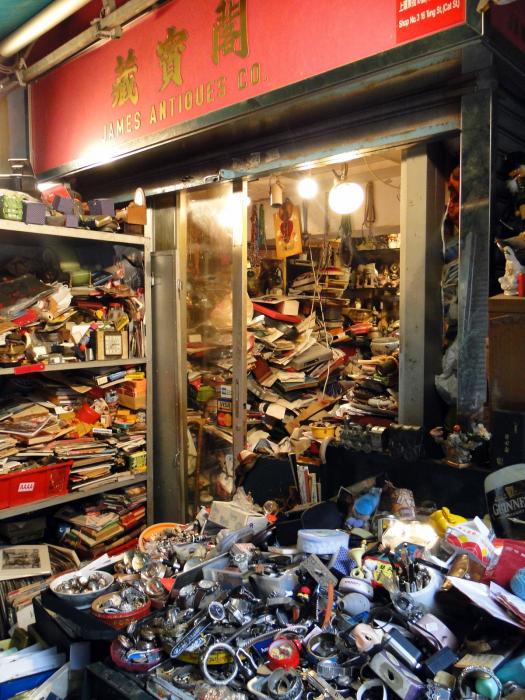 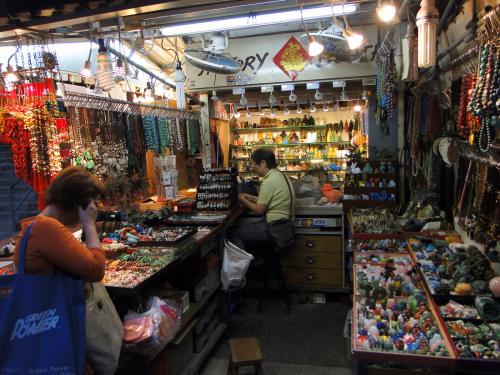 Lots of bargains there, and it’s a good place for tourists or expats such as myself to buy something for the Chinese culture enthusiastics back home. Be sure to bargain hard! (as my Indian friend used to explain it – they start with 100, you say 15, they go down to 80, you offer 20, and if it doesn’t work walk away saying ‘thank you’).

Wikipedia explains the origin of the “Thieves’ Market” exotic name :

Upper Lascar Row, better known as Cat Street (traditional Chinese: 摩羅上街; simplified Chinese: 摩罗上街; pinyin: Mōluó Shàng Jiē; Cantonese Yale: Mo1 lo4 seung6 gaai1), is a narrow alley in Mid Levels, Hong Kong that runs parallel to Hollywood Road on the north side. It is a straight alley measuring over 509 feet. "Lascars" were seamen from South Asia, and particularly from the Indian subcontinent, who frequented the area, giving it a reputation for lawlessness and criminal behaviour. There was an Indian police dormitory in this street.

In the past it was a common joke that, if you had something stolen, you were almost certain to find it for sale back in Cat Street. In Cantonese slang thieves are called rats, and the dealers who purchase goods from the rats are cats. Thus this street is also known as "Cat Street" in Cantonese.

Now Cat Street is mostly occupied by antique shops, and is a popular destination for tourists. 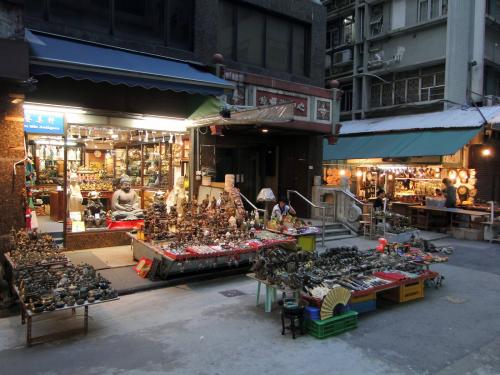 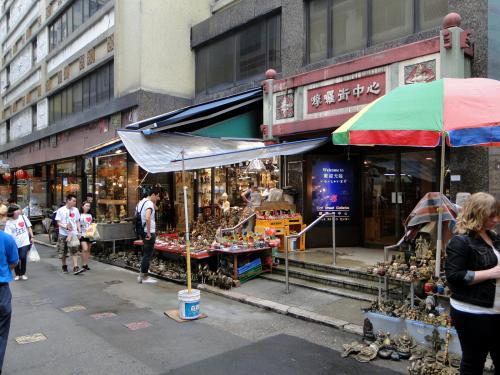 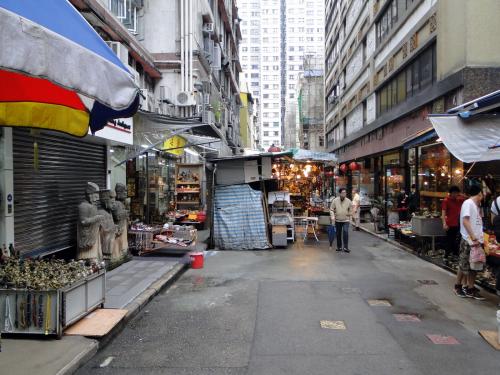 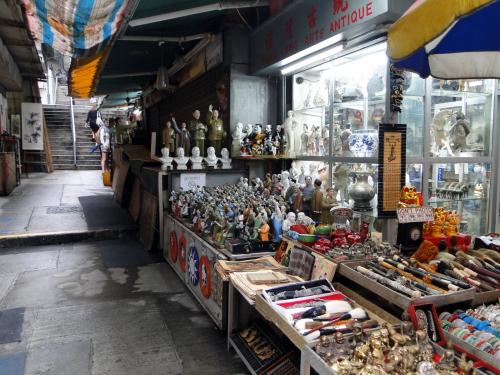 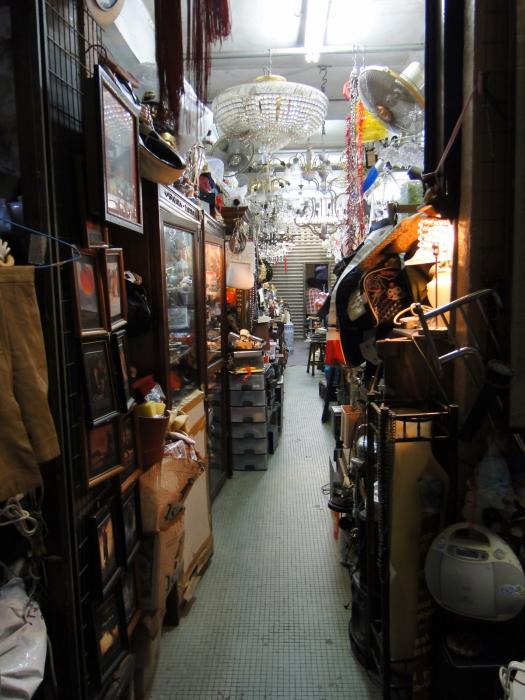 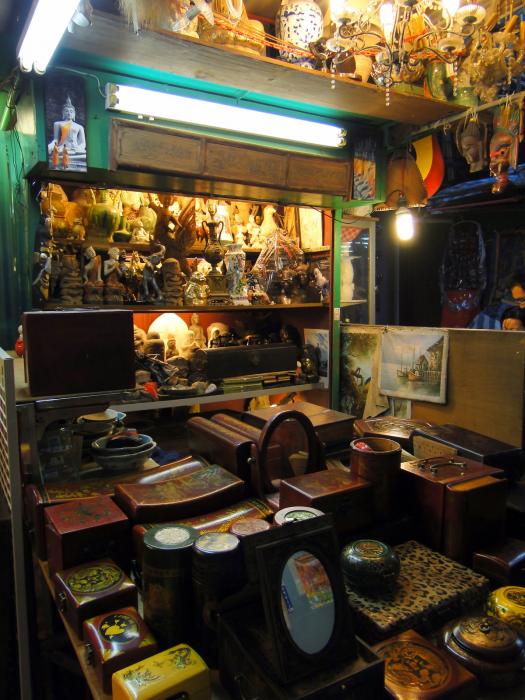 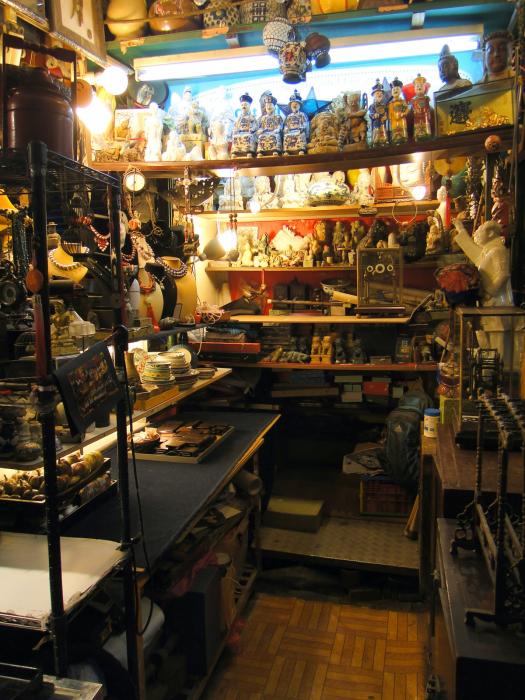 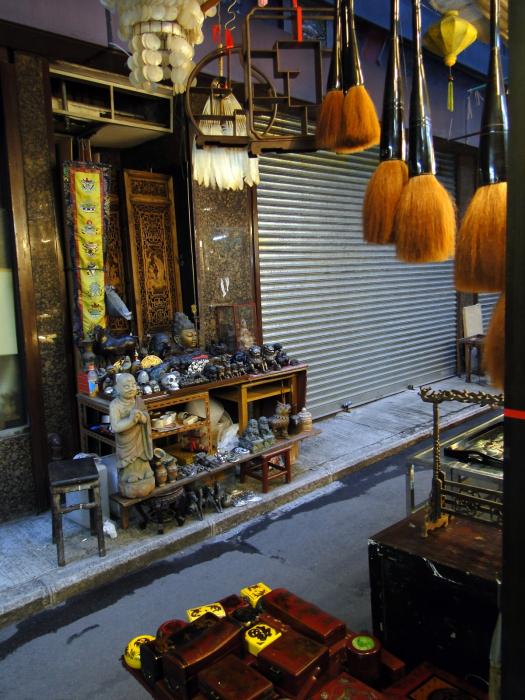 I ended up buying a few Chinese scrolls and decorative Chinese style souvenirs.

If you want to head down there, 12HK has the directions :

Not too far away, BTW, is a lovely teashop that goes by the name Lok Cha Tea Shop where I ended up buying some high-quality Pu’er (black) tea in cake form (dried up as circles). They have the whole tea sipping ceremony with the tiny little Barbie size tea cups, which I spent over an hour over. If you need a good gift to bring back abroad, this is a great souvenir.