Northern Israel is filled with history and throughout the country-side there are UNESCO heritage sites that date back thousands of years. On the opposite site of the Gallillee from the fabulous Tel Megiddo close to the Golan Heights is the Tel Hazor National Park, another gem surrounded by lush green nature. Dating back four millenia, Tel Hazor was the largest fortified city in the region at the time guarding ancient trade routes connecting the Egyptians with the Babylonians and Syrians. 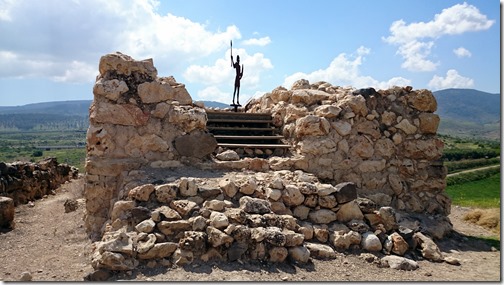 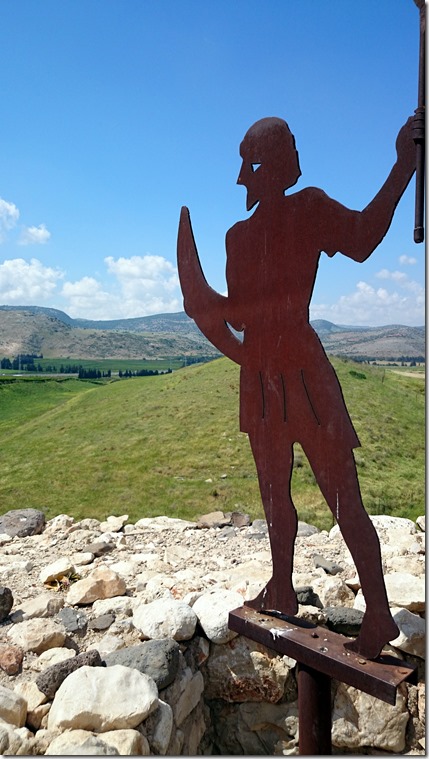 Hazor flourished in the Middle Bronze Age (around 1750 BCE), and the Israelite period (ninth century BCE). It was the largest fortified city in the country at that time, and one of the most important in the Fertile Crescent. It maintained commercial ties with cities in Babylon and Syria, and imported large quantities of tin for the bronze industry. The Bible describes Hazor as “the head of all those kingdoms” (Josh. 11:10).

Tel Hazor National Park is located opposite Kibbutz Ayelet HaShahar, between Rosh Pina and Metula. This archaeological mound is divided into two parts: the acropolis, covering 120 dunams (30 acres), and the lower city, covering about 700 dunams. It features fortifications from the Middle Bronze Age, the large, Late Bronze Age ‘palace,’ a casemate wall attributed to King Solomon, a cultic site from the period of the settlement of the Israelite tribes and a storehouse attributed to the time of King Ahab.

Hazor’s impressive water system, apparently built during King Ahab’s reign, provided the inhabitants with a steady water supply within the city walls in case of siege by means of a 45-m-deep shaft to the water table.

We’ll start from the surrounding green nature during beautiful weather… 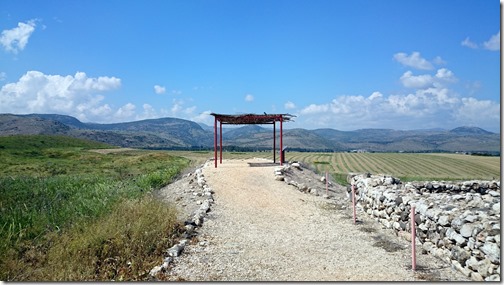 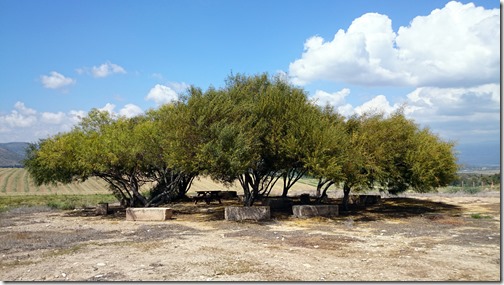 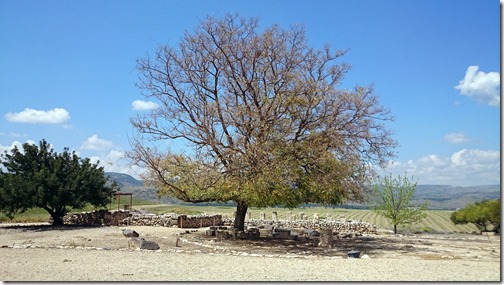 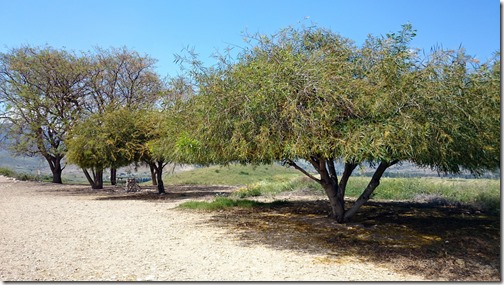 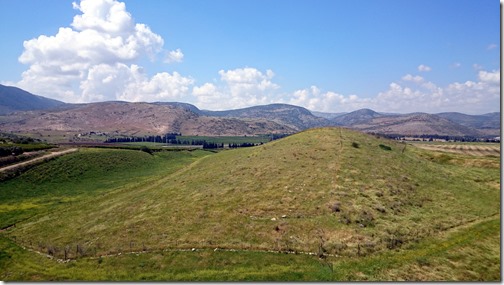 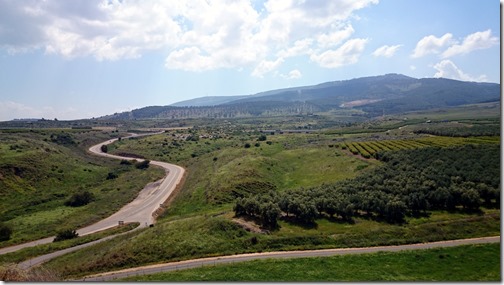 To proceed to the ruins of the ancient city… 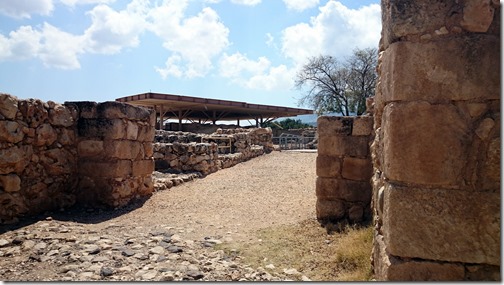 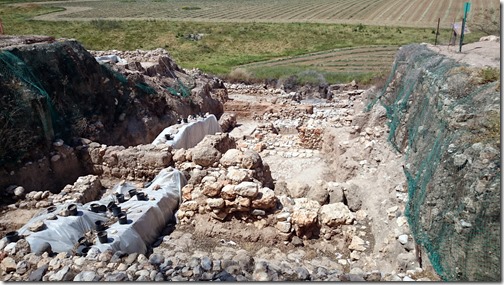 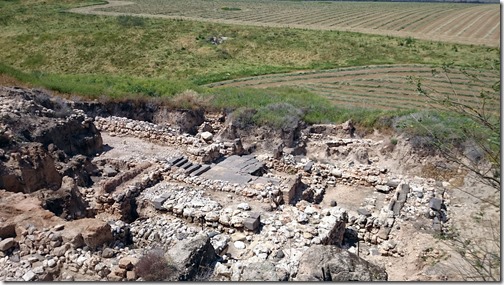 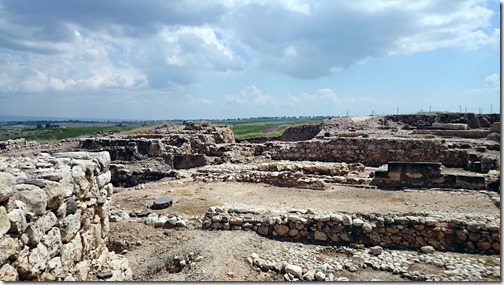 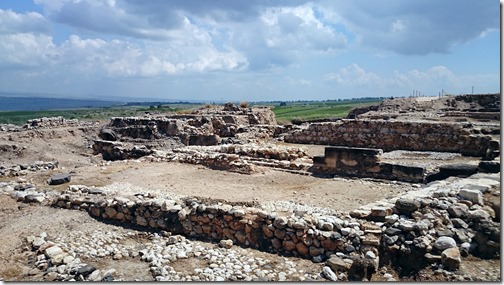 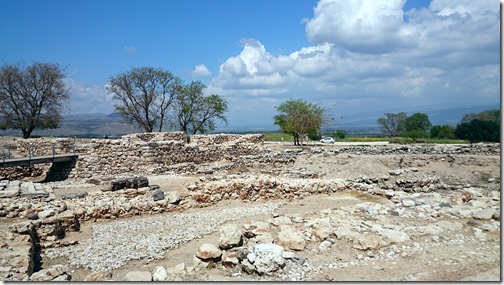 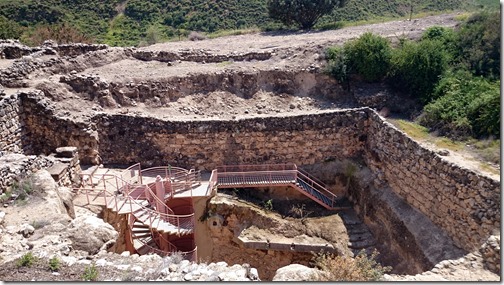 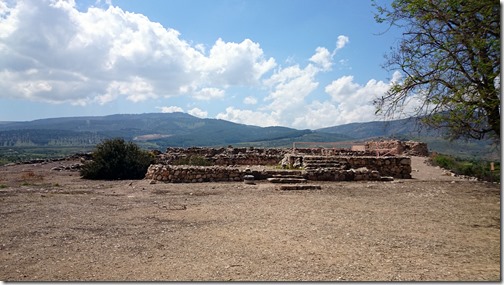 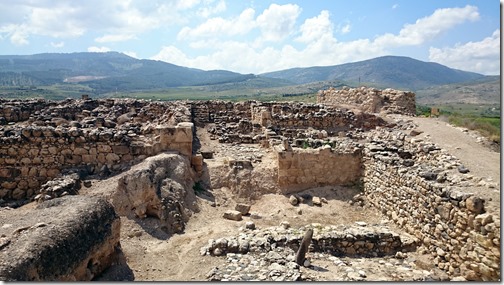 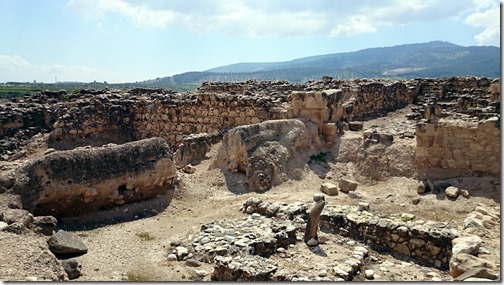 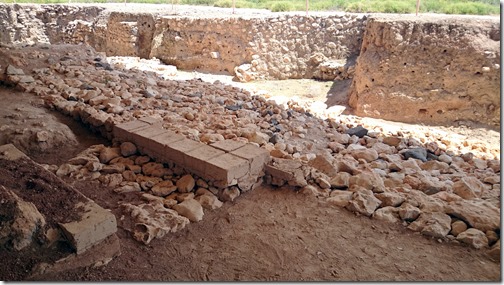 If you’re traveling in the area and enjoy archeology and history, make sure to stop and have a look.