One of the most horrific cultural experiences of staying in Tallahassee Florida was an event I went with an Israeli family on my last week in Tallahassee. I’ve heard about this cultural phenomenon and saw bits and pieces of it in some of the Hollywood movies, but it really takes the actual experience to make you realize just how odd this show is. Monster Truck Jam that was visiting the Tallahassee Civic Center is a show that focuses around trucks with huge engines and gigantic tires simply crushing other cars. Once you realize that this isn’t a joke, and that the crowds can cheer up for these trucks for almost two hours, you really begin to wonder about the human psyche. The noise, mind you, is insane. The family I was with brought their little kids and there was just no way for them to stay in that hall for long as the noise was just intolerable. The smell of the burning fuel, the hotdogs and beer, mixed with generally unpleasant seating and boring entertainment, it’s a show to remember. 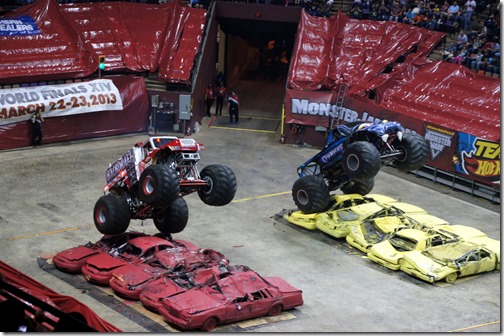 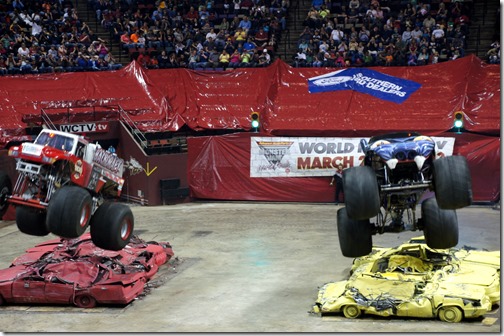 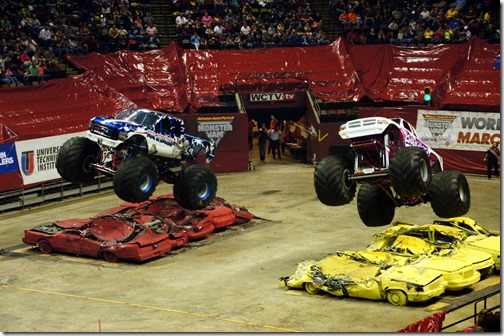 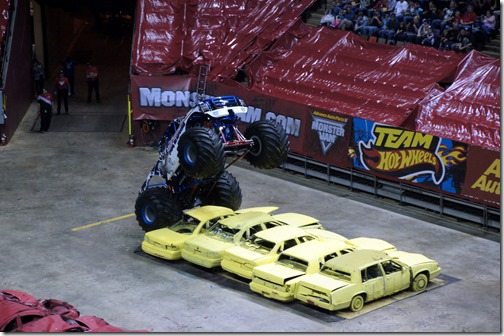 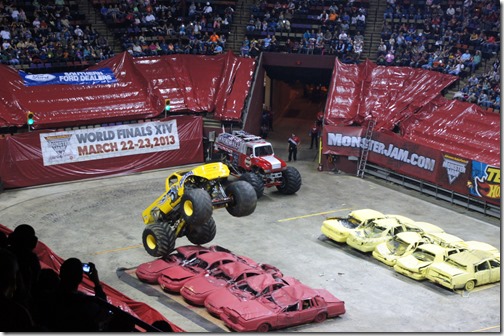 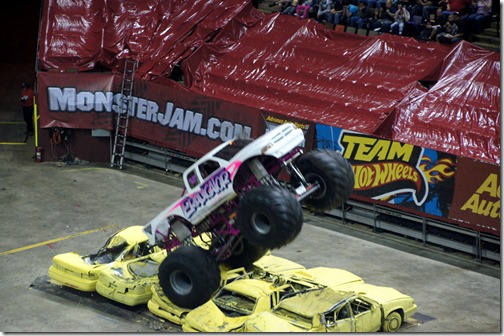 Watch the madness in the following videos:

It’s really hard to explain it to someone who wasn’t there. 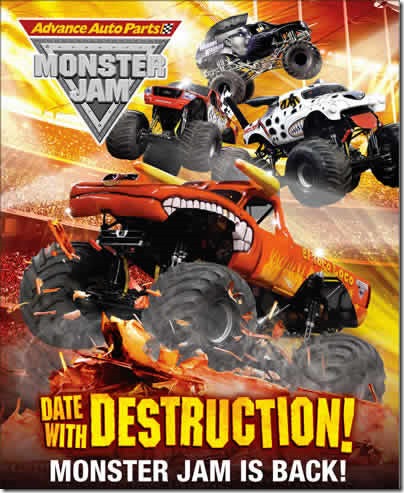 But I’ll let Wikipedia give it a try :

At Advance Auto Parts Monster Jam shows, monster trucks face off in two different forms of competition – Racing and Freestyle. In the smaller shows they have a wheelie competition and / or a donut contest or sometimes even both. The goal in the wheelie competition is to hit a ramp and get big air while remaining perpendicular to the ground. In the donut competition a driver tries to spin his truck until he/she gets dizzy, the truck can’t go any more, or they think they have a good enough score to win. Side-by-side racing is traditional heads-up tournament racing, where the first truck to cross the finish line moves onto the next round until it is eliminated or wins the racing trophy by winning the Championship race. The freestyle competition allows drivers 90 seconds plus a 30 second bonus period on an open floor to show off their skills as they drive the huge trucks over cars, and doing stunts and tricks that make these massive high-horsepower vehicles appear to dance gracefully across the track. The freestyle winner is determined by 3 judges each giving a score out of 10. There are two winners from both events, however if the same person that won racing that night also won freestyle that night then they get the biggest trophy, next to the world finals trophy, the Double Down trophy, named after the Double Down activities in Las Vegas at the Monster Jam World Finals.

But Monster Trucks aren’t the only thing in the show… 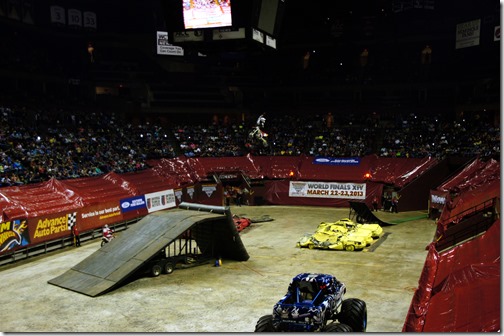 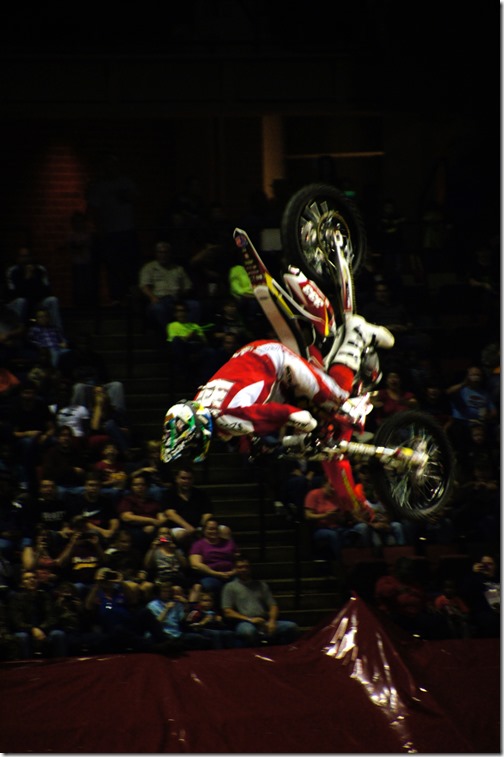 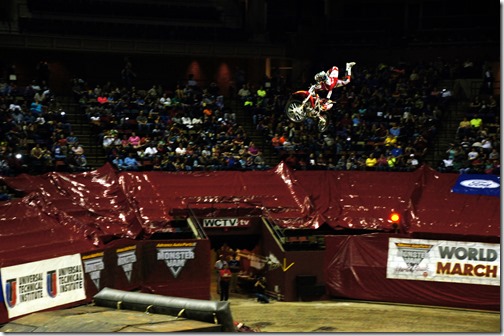 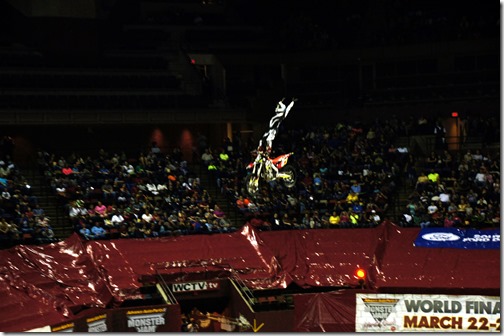 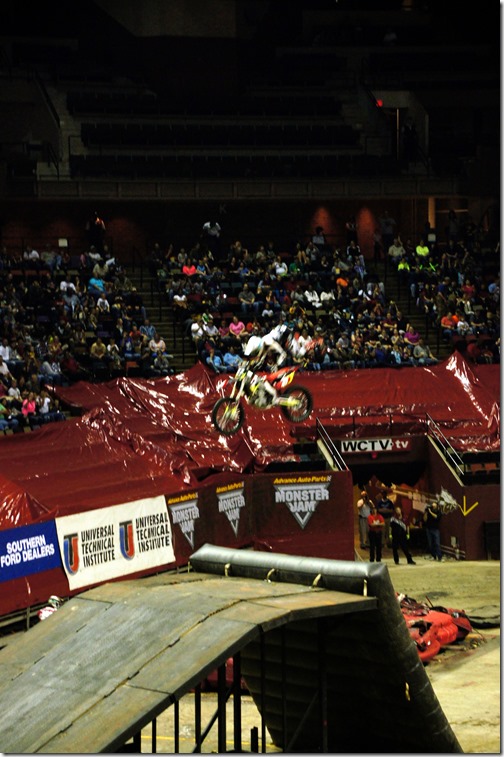 Yep, some bike acrobatics. Watch it on the next video: 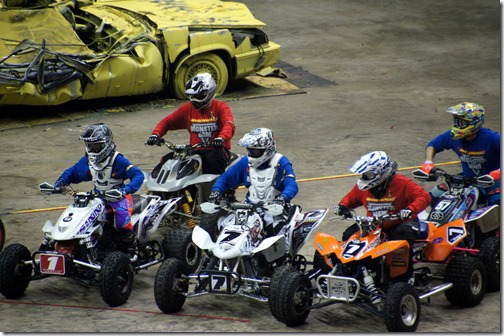 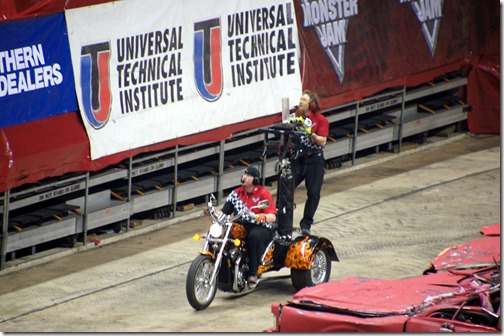 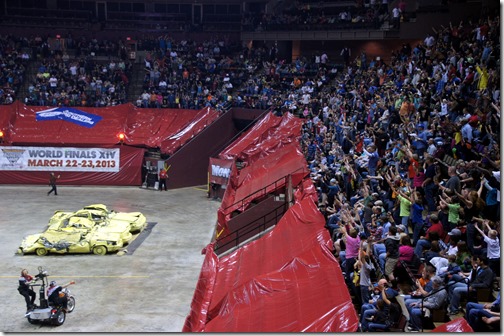 My first and last time in this kind of event. I honestly don’t get it at all, especially not for 22US$ for a ticket. But, I also don’t get soccer, baseball and especially cricket, so what do I know?