Ta Prohn (Old Brahma) Temple, embarrassingly – best known to tourists as Tomb Raider Temple or Angelina Jolie Temple, is one of the more magical temples in the the Angkor area next to Siem Reap in Cambodia.

The special thing about the place is how temple ruins were overwhelmed by the power of jungle trees where nature forces itself back onto ancient architecture. It gives the place a somewhat mysterious mystical atmosphere, and so it’s no wonder that the Hollywood producers used this as a general movie settings where an overly-sexy female archeologist fights overly incompetent bad guys. 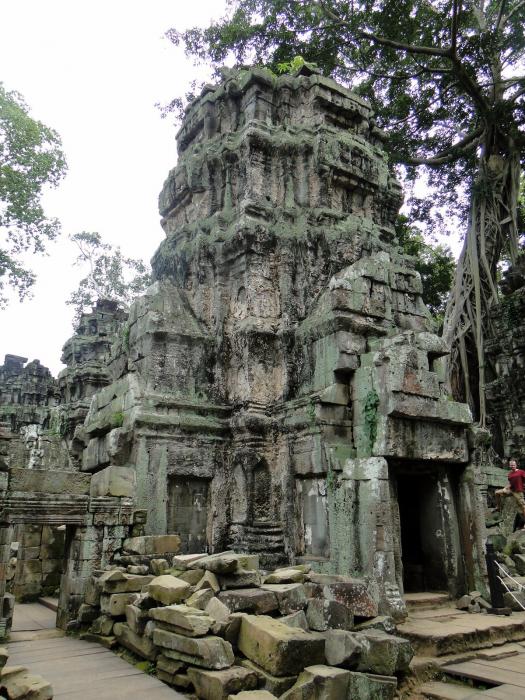 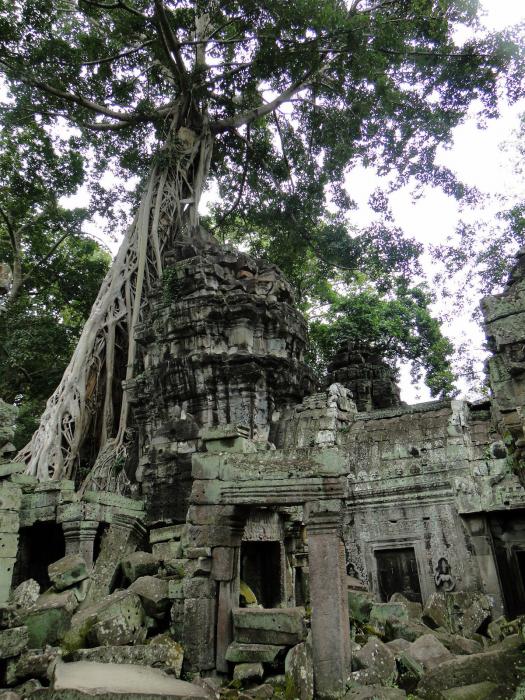 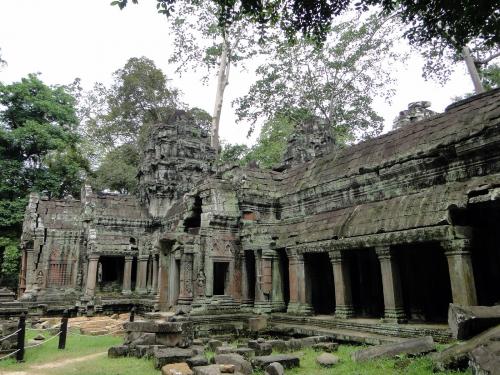 Ta Prohm (Khmer: ប្រាសាទតាព្រហ្ម) is the modern name of a temple at Angkor, Siem Reap Province, Cambodia, built in the Bayon style largely in the late 12th and early 13th centuries and originally called Rajavihara (in Khmer: រាជវិហារ). Located approximately one kilometre east of Angkor Thom and on the southern edge of the East Baray, it was founded by the Khmer King Jayavarman VII as a Mahayana Buddhist monastery and university. Unlike most Angkorian temples, Ta Prohm has been left in much the same condition in which it was found: the photogenic and atmospheric combination of trees growing out of the ruins and the jungle surroundings have made it one of Angkor’s most popular temples with visitors. […]

The temple of Ta Prohm was used as a location in the film Tomb Raider. Although the film took visual liberties with other Angkorian temples, its scenes of Ta Prohm were quite faithful to the temple’s actual appearance, and made use of its eerie qualities.

It does look nicer when there’s a hot chick wondering around. 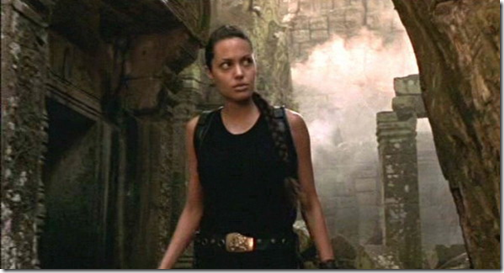 Still, even without her, despite the problematic weather, it looks terrific. 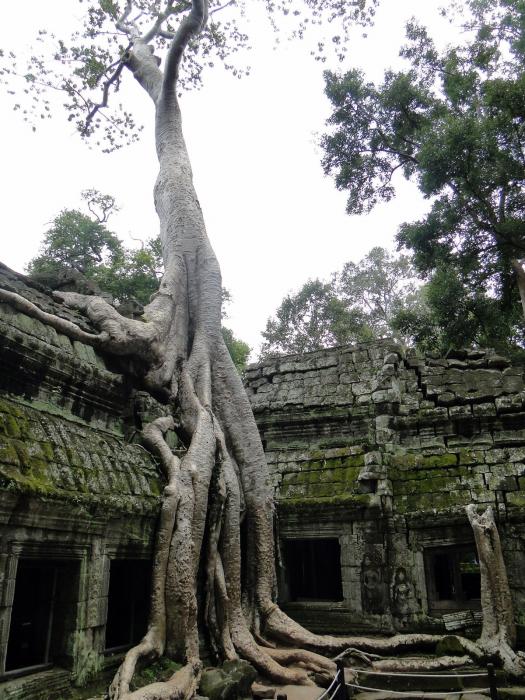 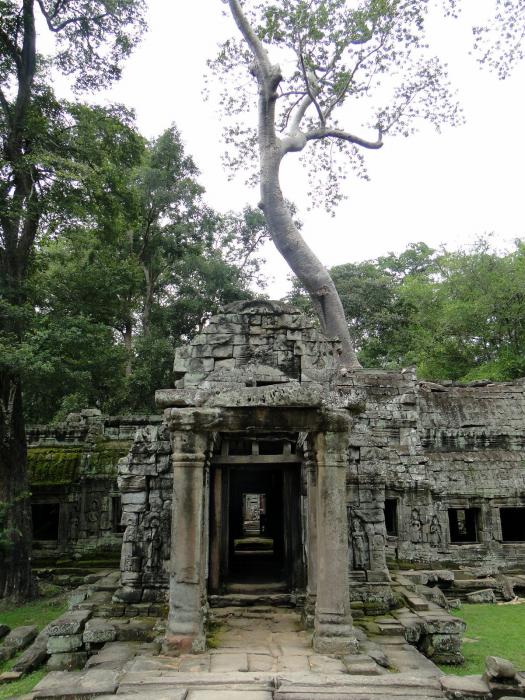 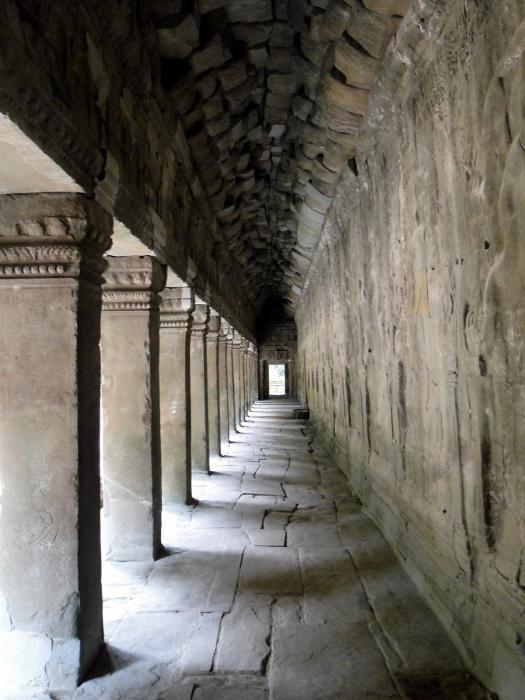 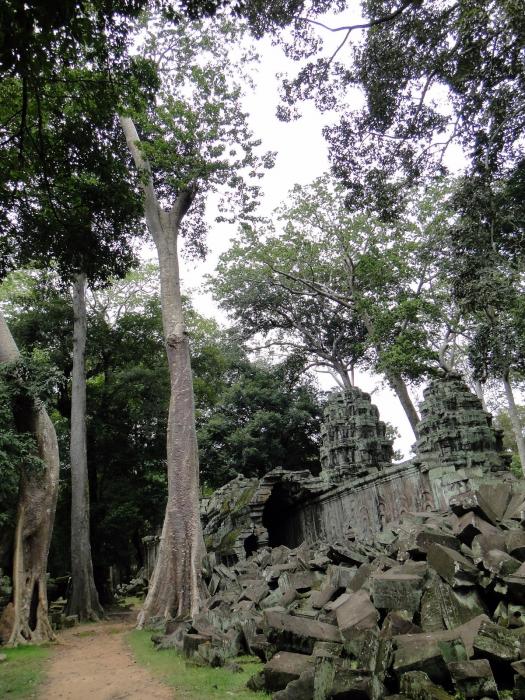 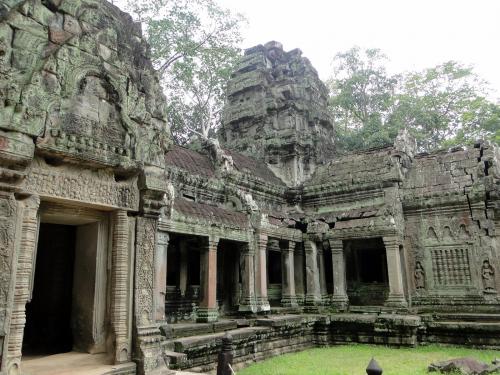 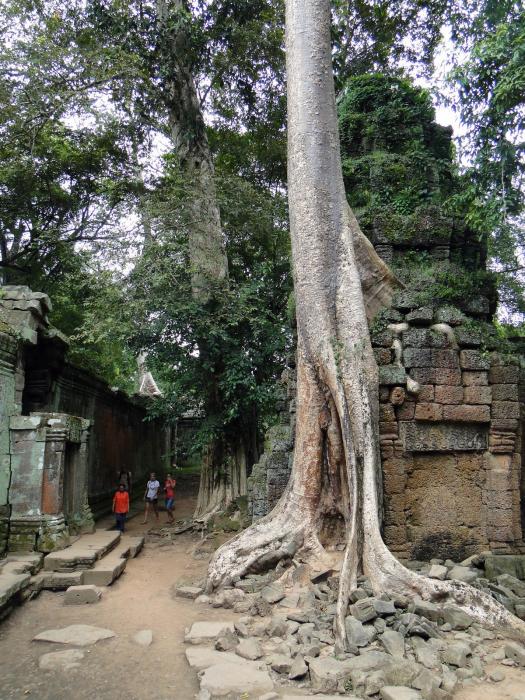 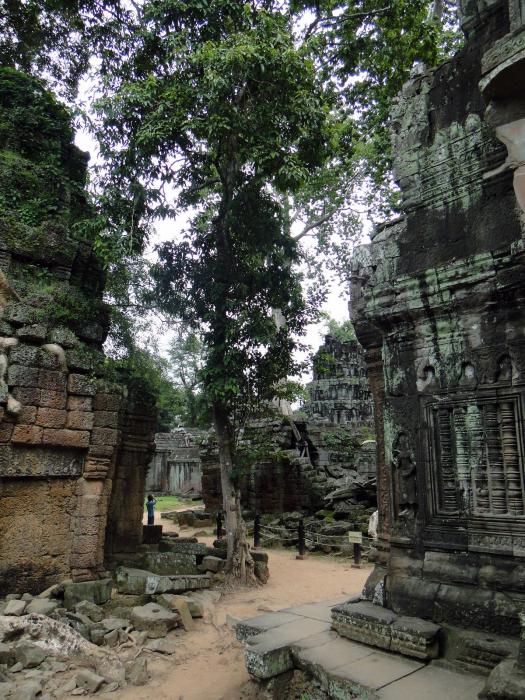 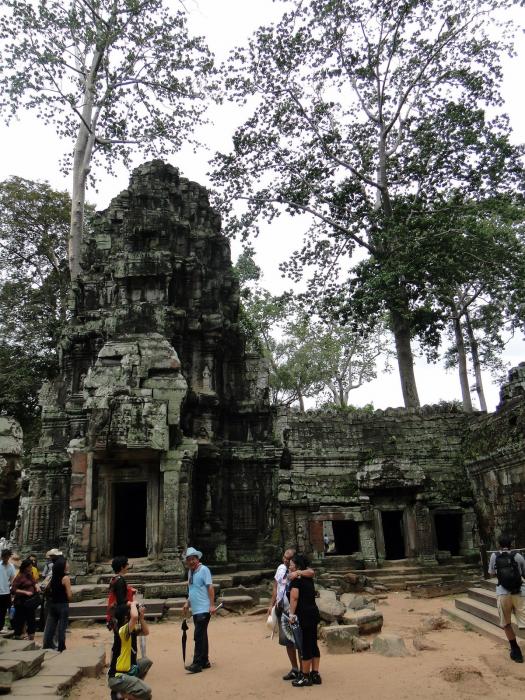 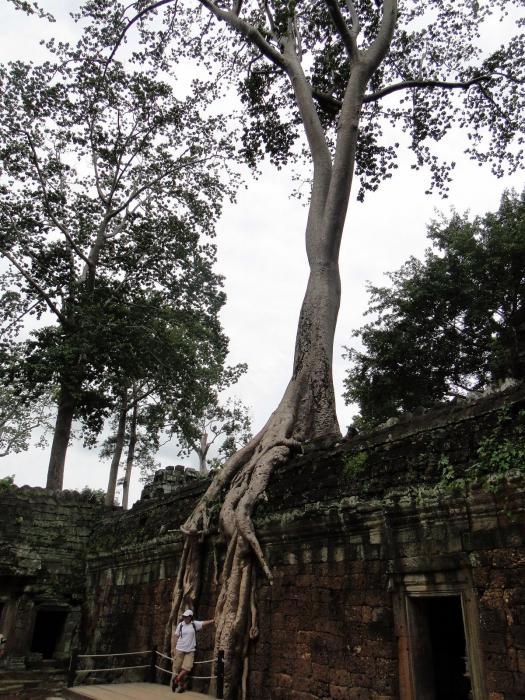 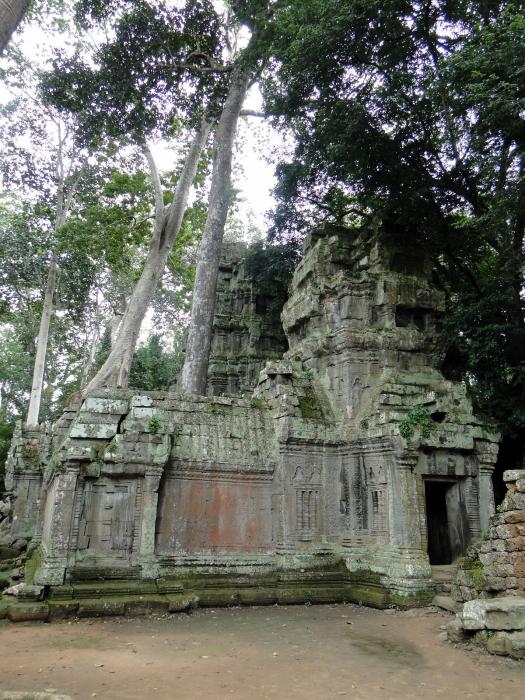 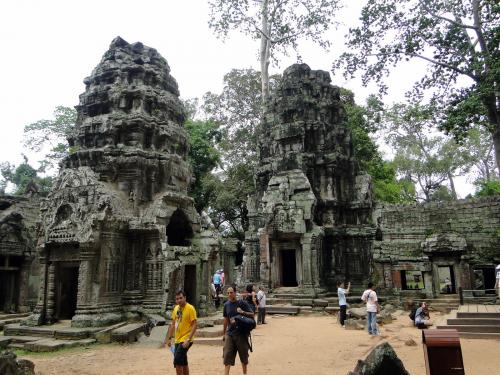 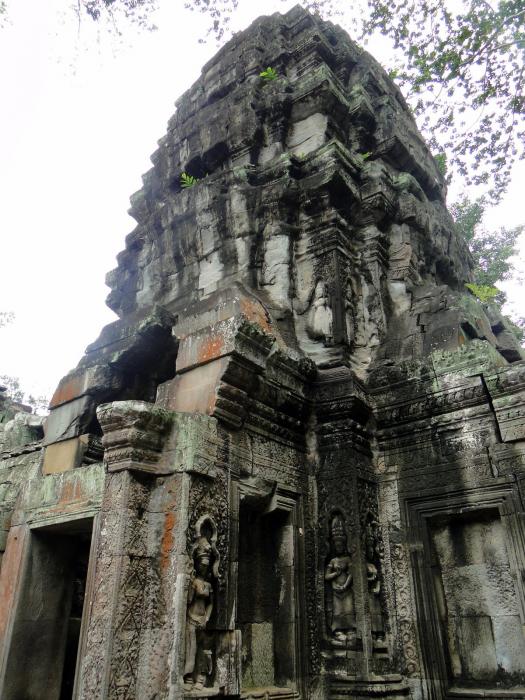 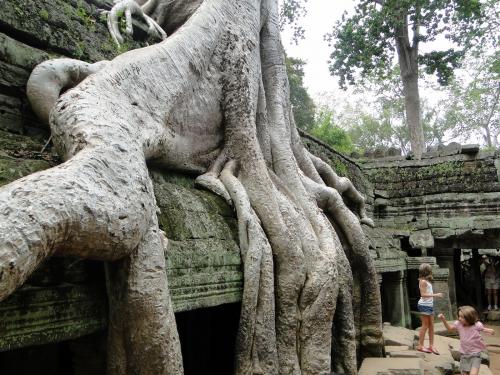 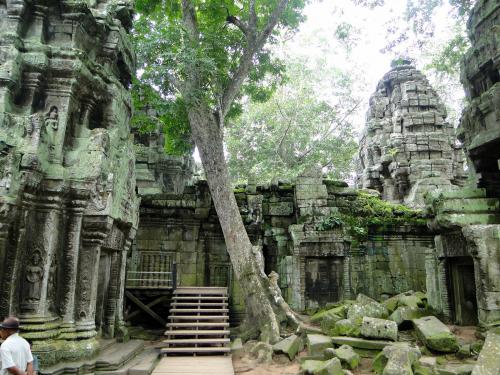 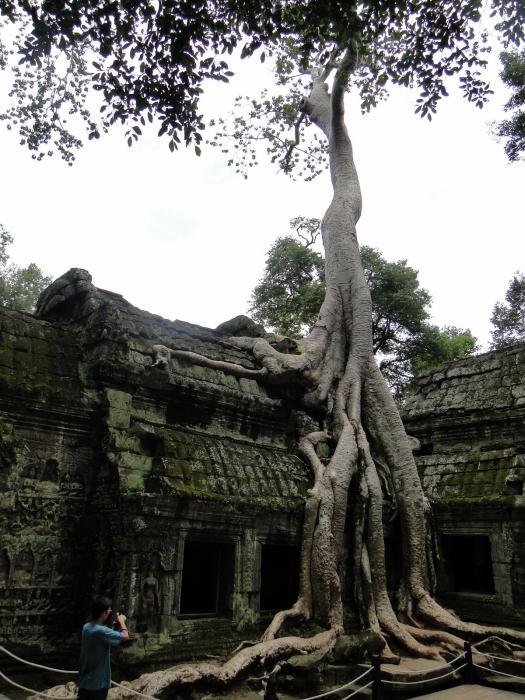 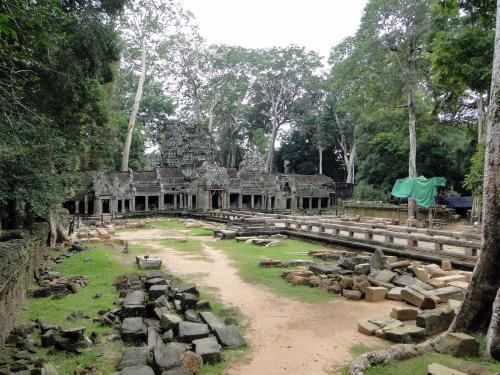 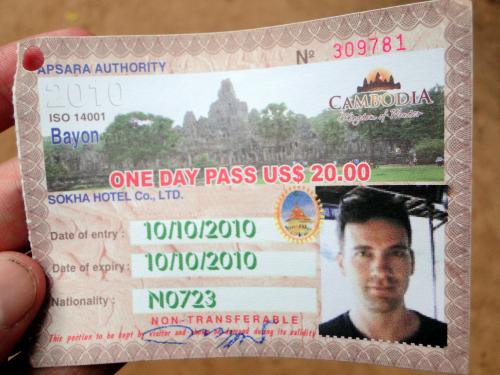 You finally made it to Angkor! It seems like you’re all over the globe these days. Did you check out Kompong Khleang on Tonle Sap while you were there?

Carrie – yeah, but I don’t travel nearly as much as I’d like to. I keep thinking the same thing about you, though 🙂
This specific trip was a few months ago (10/10/10), and I’m still trying to catch up on all the posts that need to be written. It was only a weekend getaway, so Tonle Sap and Kompong Khleang would have to wait for my next visit ^_^

Voted for you on that Taiwan Fun thing. Nice of Tealit to hold something like that.