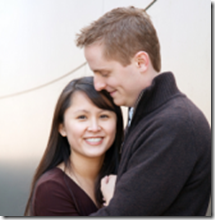 communication commitment honesty trust  nothing new there, is there?

understanding, respect, and open-minded, but this should exist in all relationship as well

Apart from all the usual things that makes a relationship work, a bit more openness, acceptance and patience is required.

understanding and acceptance of each other’s differences and a lot of compromising.

Understanding, communication and a willingness to be open minded and learn from each other.  And, patience.

Communication Empathy Having common interests, goals and aspirations Having family and social network

To understand, to realize and to compromise. We cannot expect someone else to share the same value with ourselves even if they are from the exactly same environment. In croo-cultural relationship, there are more things that are needed to be understanded and realized. And more, conflicts happen due to the differences. My boyfriend and me don’t really fight or argue due to the cultural differences. (Most arguements and fights are somewhat like academic activities or simply he eats too little vagetables…) We are both stubborn and we are both learn how to compromise in this relationship. No one needs to "accept" what they disagree, but to take others’ opinion and diminish the inpleasant due to conflicts is very important. I think the keys I said are the universal keys for every couple, just for people in cross-cultural relationship, we need to think of them more often than others.

Willingness of respect, communication and commitment.

Trust, love, respect, independence, and laguage ability. Seriously, I don’t think there is any difference between cross-cultural and "normal" relationship. The only difference is probably the ability to speak another language. This is because I really don’t think people can get married and live with another person without speaking the same language very well.

for me, the most important thing – trust. others like courage, thoughtfulness, understading and acceptance are important factors too. and really need to get rid of bias, by the way.

we have several similar traits, are both well educated and share many of the same interests.  of course, we love each other, but since this is the second marriage for both of us, we have learned more about ourselves and about what to expect in a relationship.

Curiousity, honesty and manners!!!!!!  When your partner does something different, ask why!  Find out about it! Let them know if they do something that annoys you, and if they explain why and it’s something hard for them to change, then you change and accept it.  And always be polite to the parents: whether they speak your language or not, they’re still the parents and should be respected as such.

Strength, integrity and knowing what you are doing is right. It is important that you are able to survive the new environment; the new land, new people, accepting different mind-set and ideas. Love is the most important factor as this is what bought them together in the first place. Once the couple are settled and everybody returns to their own, lust alone cannot keep them together but with their energy focussed in toher ways will mean that they can focus on nurturing that love. If they grow healthy together, their children will feel that they are safe in this unusual environment and see it as natural. Our parents views will differ; whether they accept this new found change or not can influence our relationship. Who will support us when times are hard, will they be there for their grandchildren or not? But i believe it is how the atmosphere in the house is managed. If it is calm and we, as a family are active in a lot of the decision making, it will mean that oure children will be able to guide their own future with the support of their parents. They will feel less confused and will be able to discuss matters openly and trust will embed within them. This reduces confusion and they will feel important as their opinions matter very much to us.

1) Awareness that there are and will be misunderstandings caused by things you can’t help. 2) Willingness to adapt yourself to his/her culture as he/she should do to yours. Neither can live fully in his/her culture. 3) A baseline understanding for solving arguments or differences — I believe the best and truly only effective bottom line in a cc relationship is religion, or more specifically Christianity which crosses all cultural boundaries. Having a God who’s above either of our understanding is invaluable to the success of our relationship.

respect and love the person for who they are. those culture created them as someone you like then love… and communication, lots of it.

Understanding backgrounds/cultures.  Being ok with the differences

patience communication love and understanding.  willingness to accept things you’d think are unacceptable from someone from your own culture.

Being open-minded, patient and unselfish.  Wanting to learn about the other person, their language and their culture.  Lack of ethnocentrism.  Lack of egocentrism.  Willingness to give rather than take.   But frankly, most of these are key success factors to any relationship, IMO, not just CCR.

Being open to difference and learning about the other persons culture. Not judging to quickly rather asking Willingness to look at things as your way not the ‘right’ way

not being prejudiced, to know the differences will occur

Nothing too different from that of a relationship within one culture – compromise, patience, a willingness to make allowances, and a relative acceptance for things that may contradict your own beliefs.

Openness and tolerance.  Also patience and kindness towards each others’ differences and misunderstandings.  However, there needs to be a strong sense of identity within each person of the relationship. Each individual needs to first and foremost be in tune and secure with their cultural background, understand where their values and beliefs are grounded. With this strong sense of identity, they can then learn to adapt and incorporate their partner’s culture without losing sight of who they are.

You must speak a common language.  The sign language and basic ABCs are cute and exotic in the beginning but a relationship with only sexual attraction as a basic foundation and no common language or expression of feelings is very hard to sustain.

Being open-minded; accepting the other for who they are; communicating; actively trying to learn about the other culture.

language, understand and believe each other

Communication. Saying what you mean, and not just expecting the other person to understand or "get it". No games in the relationship. You have to make a serious effort to learn the other person’s language in order to really understand their culture. You have to be willing to recognize that some parts of your own culture aren’t perfect, and be able to accept the parts of the other culture that you aren’t fond of. You can’t be embarrassed by cultural misunderstandings, especially if they involve other friends and family. You have to be able to just take things in stride. I think the most important thing is to just talk about the things that seem a bit off, not quite right. Otherwise small misunderstandings will build up and become a real problem.

Probably, like any other relationship (but even more so) talking openly, and understanding what the partner really wants/thinks. Then taking compromises to suit both.

Communication, openly discussing differences, mutual respect, always questioning before an argument if cultural differences are the cause of the problem

Tolerance, try to understand why he/she does this or that, learn the language as fast as possible, as well as possible.

always put your feet in his shoes, and vice versa

See each other as individuals, mutual respect, shared responsibility.

independence-when I live with him in the US,I need to accommodate myself to the different and new world to me.Also,we are in long distance,so when other girls have their boyfriend to carry heavy things,I just can do it by myself.When other girls are sick,their boyfriend can take of them,but I just just can take care of myself or prevent it.

MONEY-a lot of CCRs are long distance relationshop in the same time,spend lots of money to meet each other,spend on phone…