Located in eastern Macedonia, close to the border with Bulgaria, is the quiet little town of Strumica. It was mainly intended as a night stop-over (staying at Sirius Hotel), but it turned out the area does have something to offer and the morning tour arranged with a local tour company was rather enjoyable.

We started off at the Kolesino waterfalls off mount Belasica, about 20 minutes by car. We hiked up for about half an hour and took photos with the down-stream. 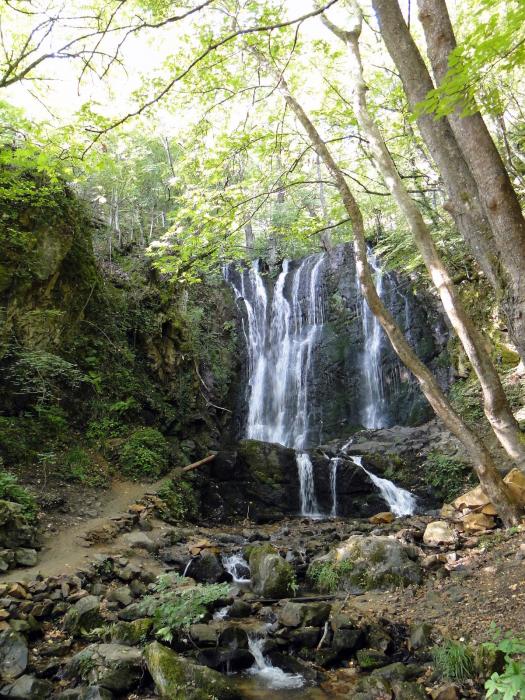 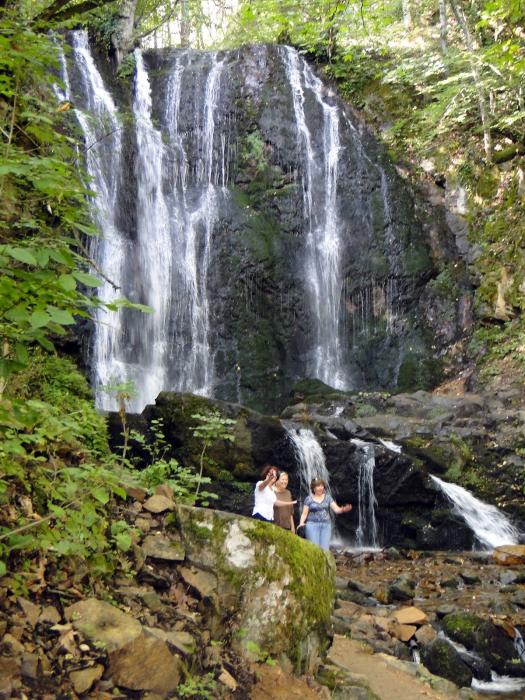 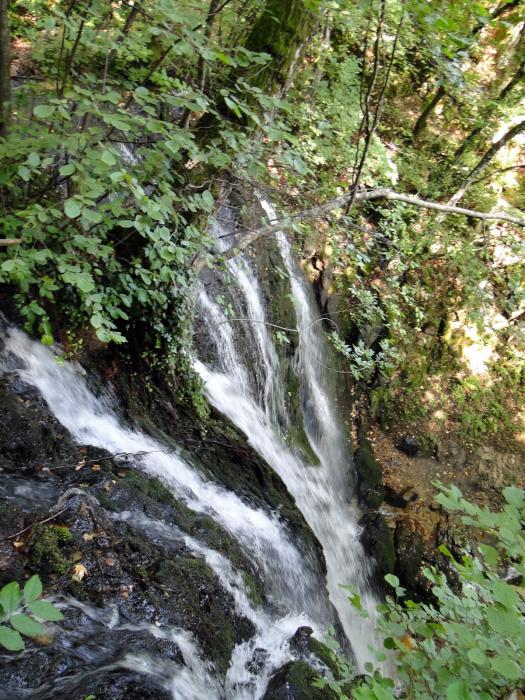 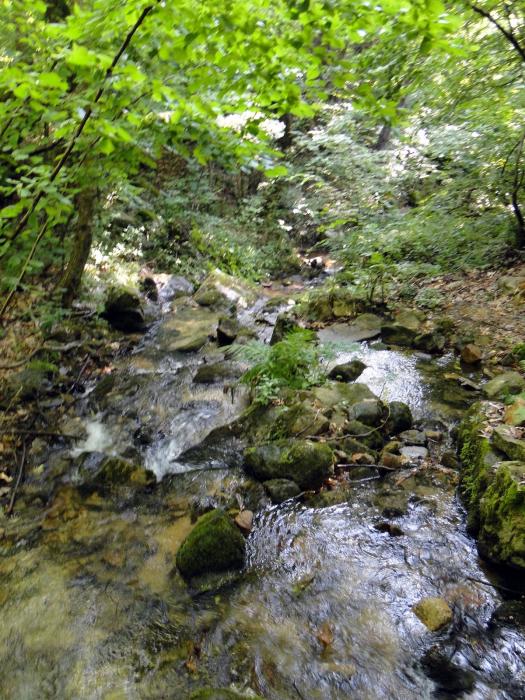 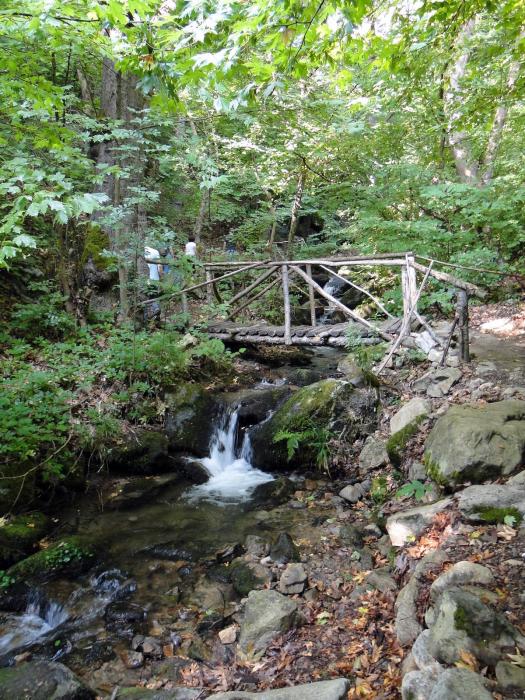 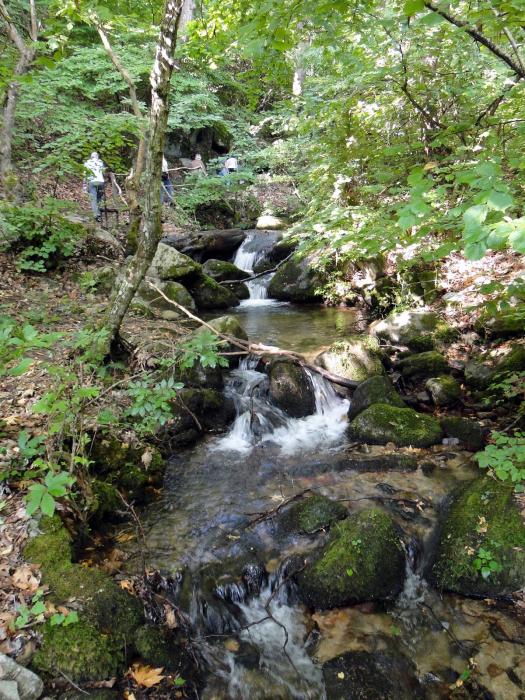 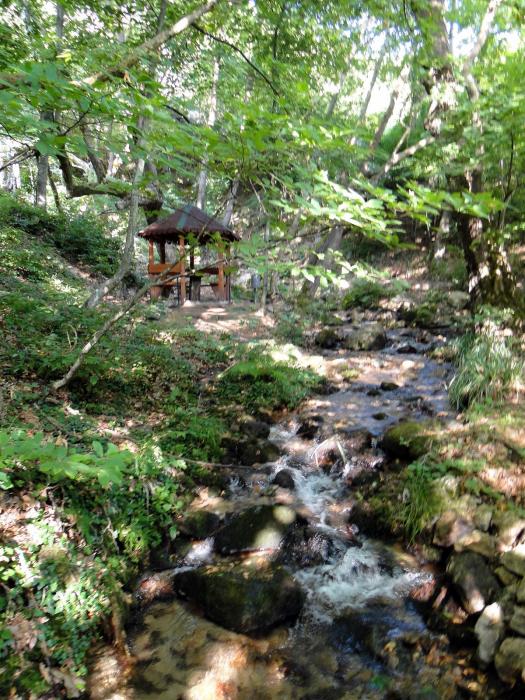 On the way back we also stopped at the Roman Bath in Bansko (quoted from Wikipedia):

The archeological site known as Roman Bath represents a late Roman thermo-mineral spa (Balneum) built in the 3rd and 4th Century AD. It is located about 12 kilometers east of Strumica, at the foot of the Belasica mountain. The spa was discovered in 1978 while doing excavation work for the foundation of the Czar Samuil Hotel. The bath used the healing properties of the water from the spring Parilo, located about fifty meters south-west of the object, with a capacity of 42 liters per second and temperature of 72°C. Eleven rooms with a total area of 623 square meters have so far been discovered in the bath. Walls are preserved from a height of 2 meters to up to 6.70 meters. The best preserved rooms are the ones that were used as sauna and the cold water pool called frigidarium. Preserved also are the floors of all rooms that are made of ceramic tiles and mortar, as well as the base sections of the domed construction. The complete system of floor and wall heating remains intact including the water piping system and the drainage. The most recent excavations uncovered new buildings with multi colored floor mosaics dating from the 4th century AD. 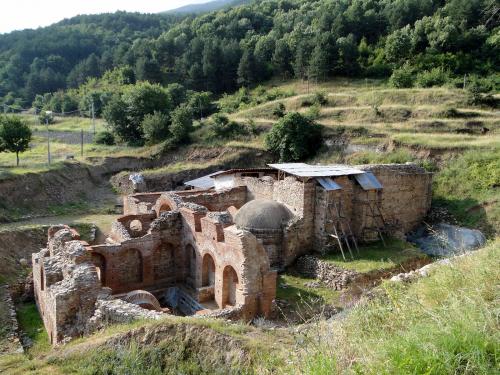 If you’re interested in more details, here’s our local tourguide (who usually works full time as an English teacher) and the company car. 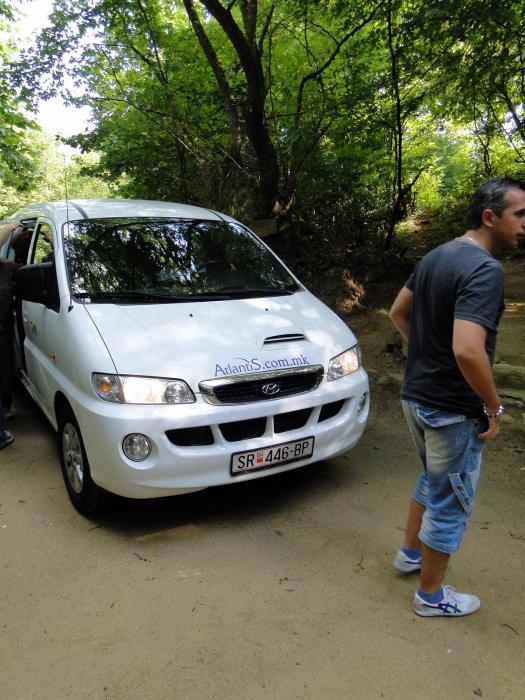 Not too bad for a morning getaway in an unknown tourist spot.