Want grand views of New York City and the statue of liberty? Sure, the tour going to Statue of Liberty National Monument and Ellis Island are great options, but those need to be booked far ahead and usually cost alot of money. If, like me, you’re in for an unscheduled low-budget trip, then the ferry going to Staten Island is just the thing. New Yorkers joke about this as the best cheap date in New York, and they’re probably right. Even if you’re not that interested in Staten Island, the round trip is a great way to see New York City and being on a ferry with the open air, the New York City skyline, and the Statue of Liberty, things just can’t get much better than that.

What can you expect to see?

To get on the ferry, head down to the Staten Island Ferry Whitehall Terminal… 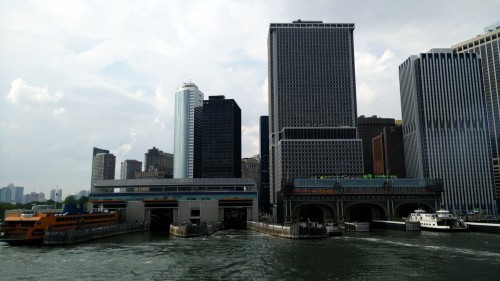 Be sure to fit this in your New York City tour schedule, perhaps combined with a walking tour of China Town, Wall Street, and Brooklyn Bridge.