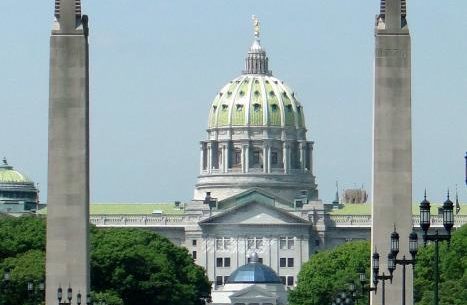 Early morning we made a quick stop at Harrisburg, just before heading on to Gettysburg. All the way down from Corning, crossing the state border between New York state and Pennsylvania with an overnight stay on the way, we drove into Harrisburg to visit the State Capitol Building. 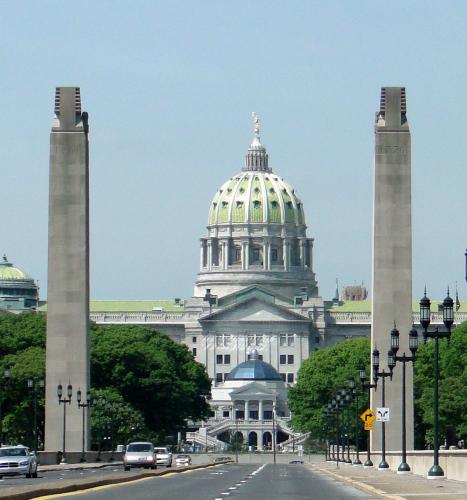 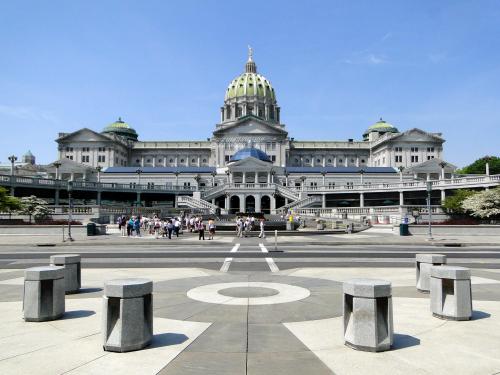 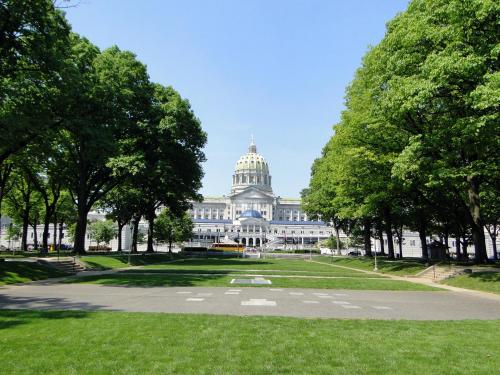 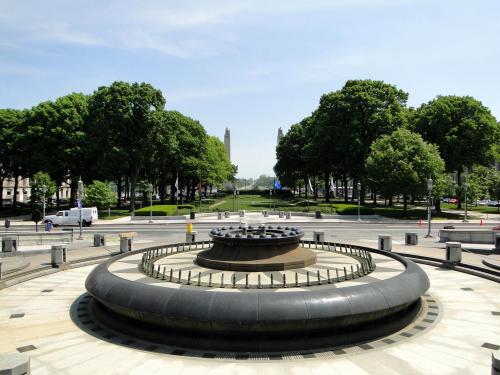 So what’s so special about this state capitol building? the design and arts…

The state capitol of Pennsylvania is a beautiful architectural masterpiece that encompasses many artistic designs and marvels. The capitol building is an Italian Renaissance-style statehouse. It includes collections of art, sculptures and large murals. On the floor of the main hallway are tiles that show Pennsylvania’s history, symbols, insects and animals. The capitol dome rises 272 feet, and was modeled after St. Peter’s Basilica in Rome, and it’s magnificent staircase looks like one from the Paris Opera. Over 100,000 people per year enjoy a free tour of Harrisburg’s Capitol building.

The capitol is often referred to as a "palace of art" because of its many sculptures, murals and stained-glass windows, most of which use Pennsylvania themes or were made by Pennsylvanians. The building was listed on the National Register of Historic Places in 1977 and was designated a National Historic Landmark in 2006. Starting in 1982, the restoration of the capitol has been ongoing.

Let’s take a look inside… 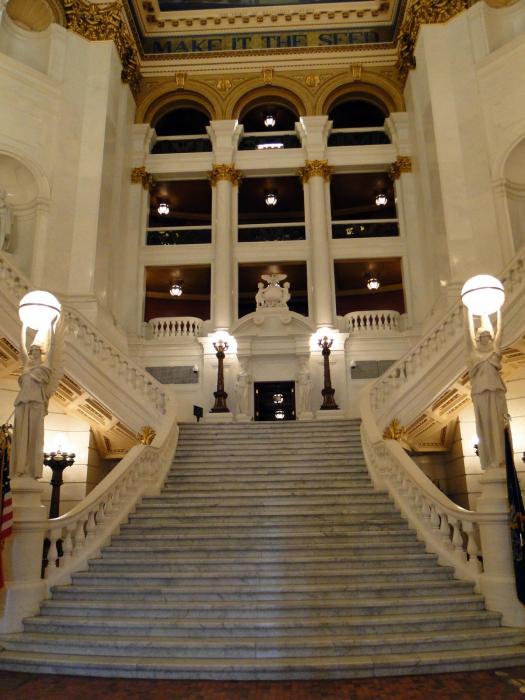 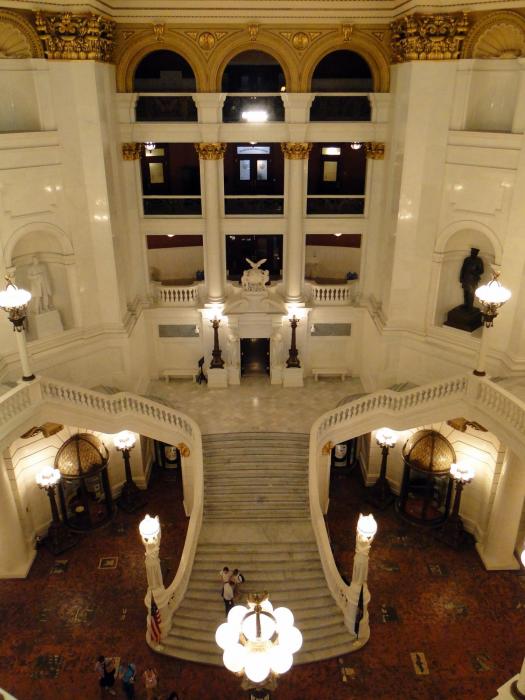 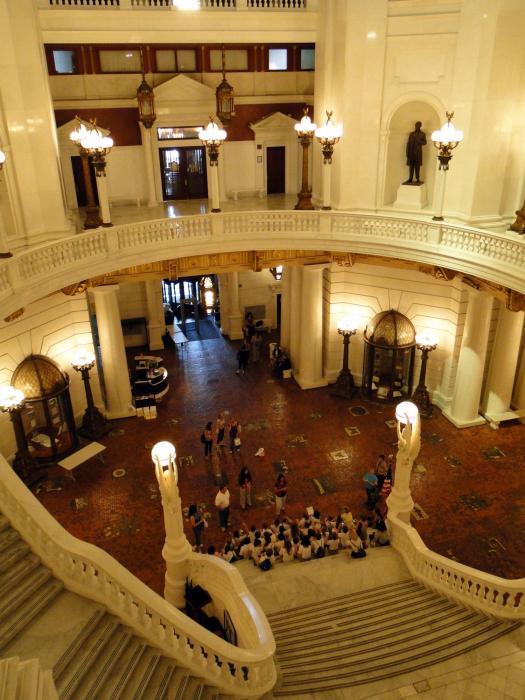 Don’t you think this kind of grandeur calls for a special kind of panorama… ?

Most importantly, let’s not forget, the room where all the action takes place… 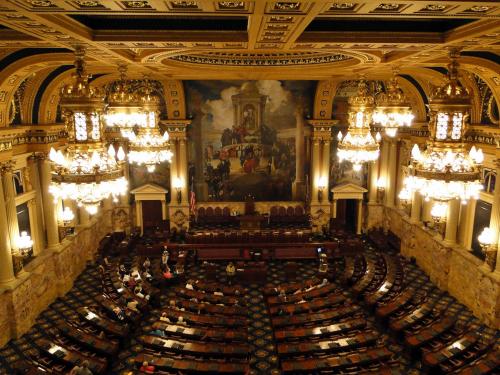 Despite my dislike of any sort of politics, I definitely wouldn’t mind working in a place like that.

The closest thing we get to something like that back where I’m from is our very odd Parliament House and I have to say that in comparison it looks like it was being scrapped out of the nearby garbage bin. You got to hand it to the Americans, they do know how to build their national buildings.

Earlier this year I revisited Philadelphia Pennsylvania to spend time with family in the area. After some time exploring Philly we went on a short road trip in the region, and did a few of the Amish community attractions in 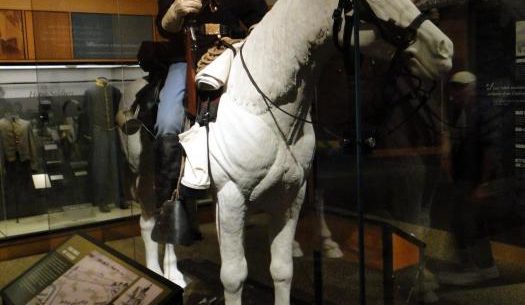 Gettysburg carries with it a special meaning for the Americans, as it is considered one of the most important battles in American history that determined the fate of the American Civil War. This was the battle where Lee of the 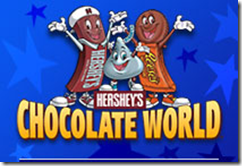 Driving down through Pennsylvania state towards the American capital travel agents were unanimous in their recommendations of this tourist mecca built around one of America’s most recognizable brands. Hershey’s Chocolate World symbolizes everything that American capitalism and branding stands for,