Chaotic, smelly, crowded, messy, and absolutely fantastic. I’ve been to Shilin Night Market so many times it’s a mystery why I never wrote about it. It’s one of my favorite places in Taipei and one of those first encounters I had in the second day of my first visit that made me fall in love with Taipei. 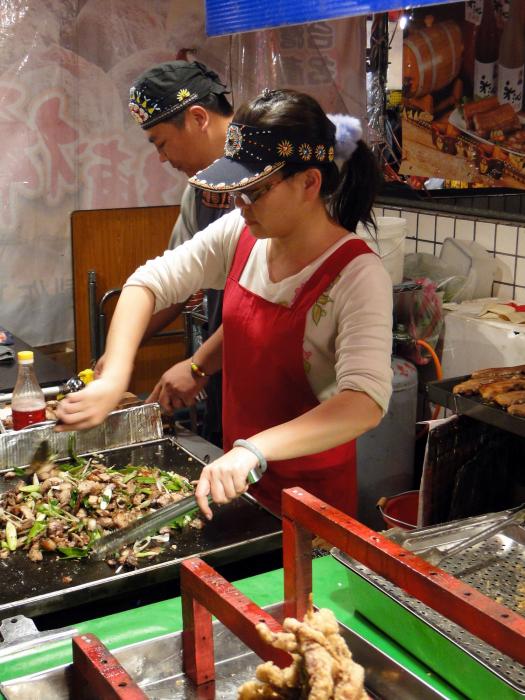 The Taiwan Heart of Asia introduces the different parts of the Shilin night market :

Shilin Night Market is the one of the largest night markets in Taipei. The market is centered on Yangming Theater and Cicheng Temple. The night market is formed by many prosperous shops on Wenlin Road, Dadong Road and Danan Road, etc. Among them, Shilin Market was built as early as in 1899 and the market is famous for various snacks and eatery. Many visitors have come to Shilin Night Market to enjoy the delicious foods, such as large pancake enfolding small pancake, hot pot on stone or Shilin sausage. Shilin Night Market has become a renowned place for great foods.

Because the night market is close to many schools, students are the main customer group. Goods are sold at less expensive prices as compared to regular stores. There are special areas for furniture, clothing, photo shops or pet shops. The finery shops and cold dessert shops in "lover’s lane" attract most student customers.

Shilin Night Market covers a large area. When one walks in the turning lanes and alleys, he (she) would often find something unexpected. The night market is packed with many people during holidays. We can often see families carrying many things from shopping and enjoying good meals. Their satisfaction is fully shown from their happy expressions.

You’ve got such a big selection of food types, it’s overwhelming. Let me show you around a few of those options… 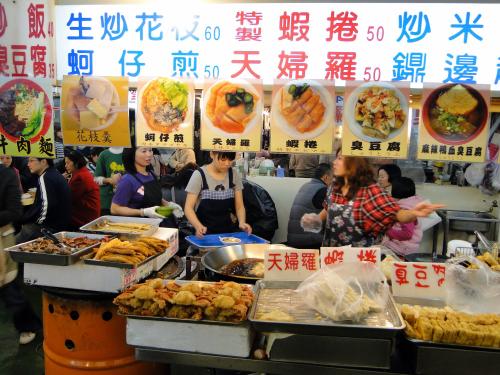 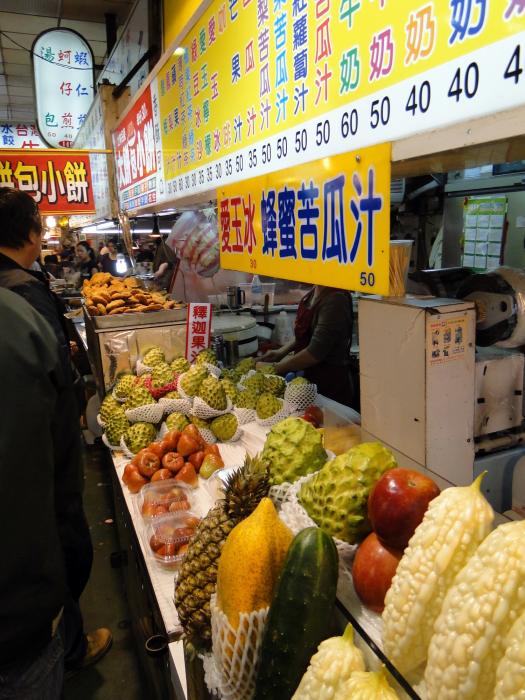 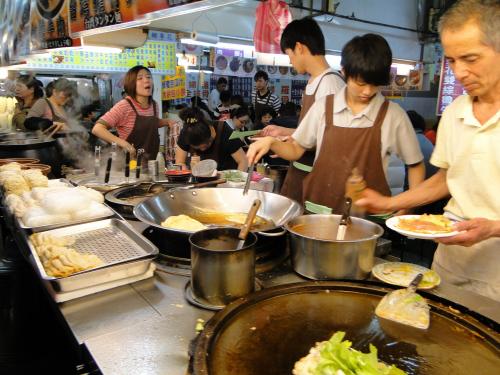 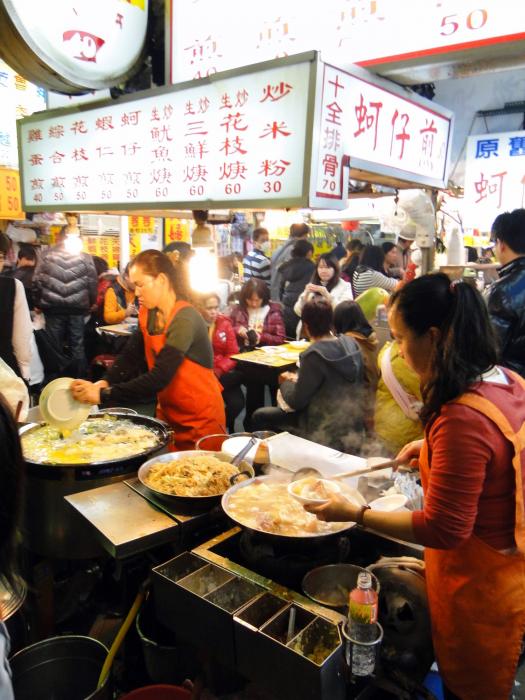 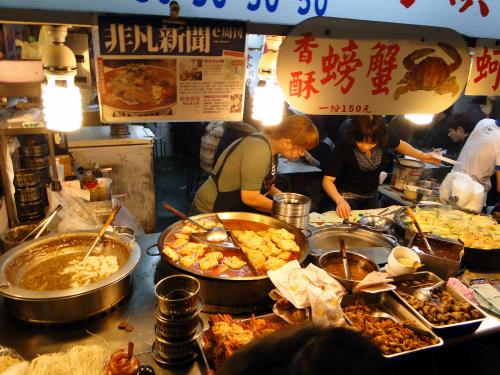 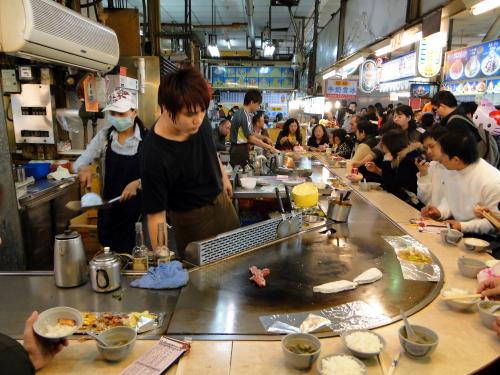 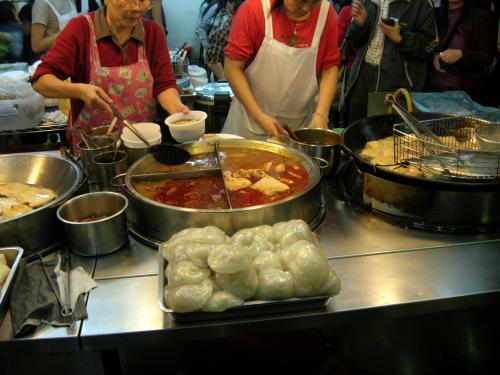 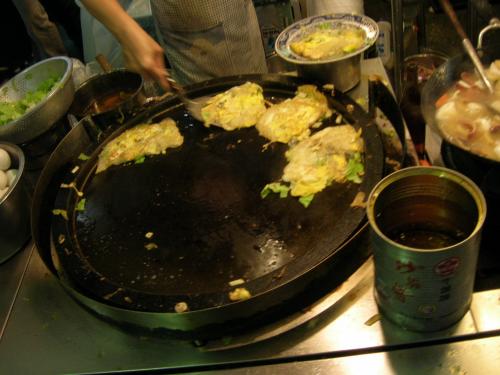 (this here is one of the things I ordered for dessert) 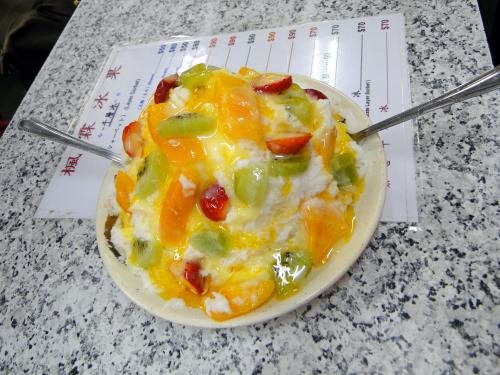 And the Taiwanese crowds love it… there are those who make a point to try all the different foods in this food court and blog about it enthusiastically. 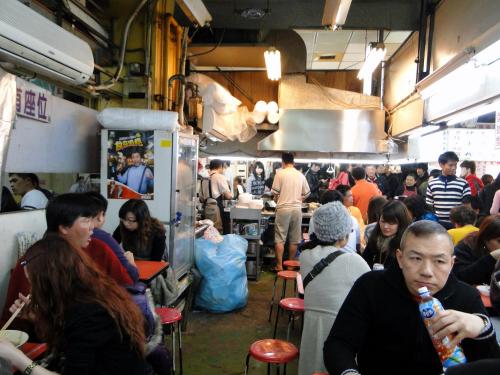 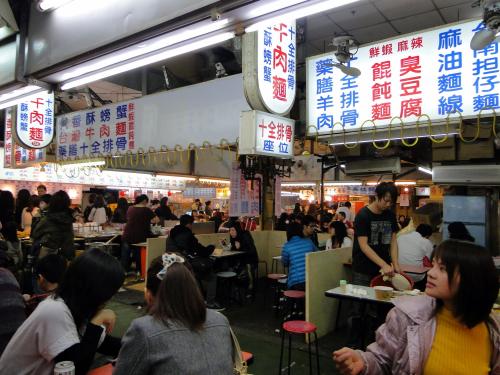 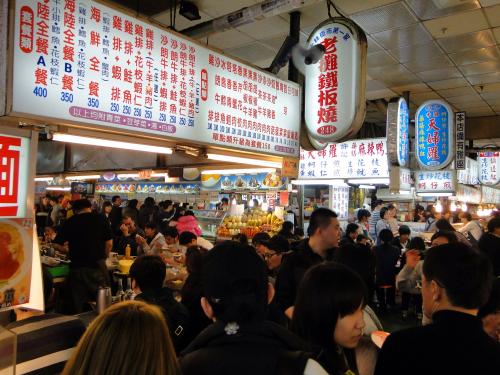 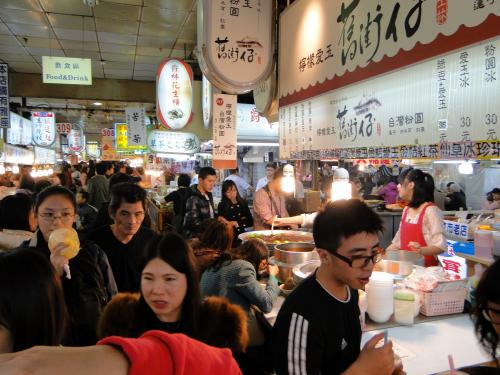 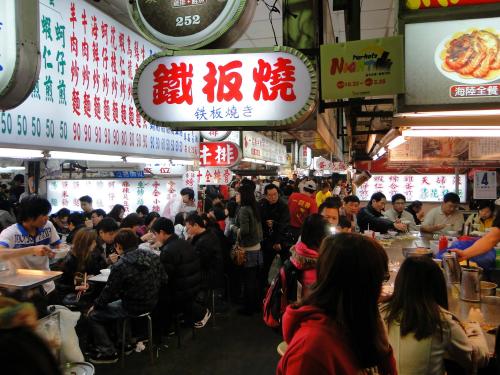 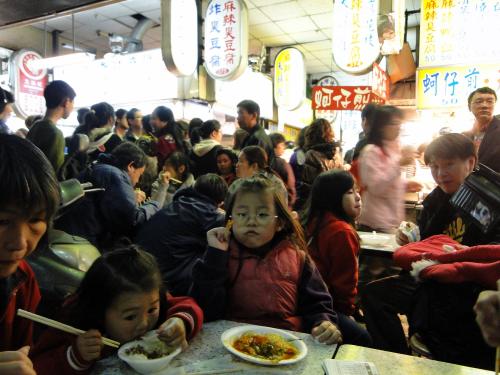 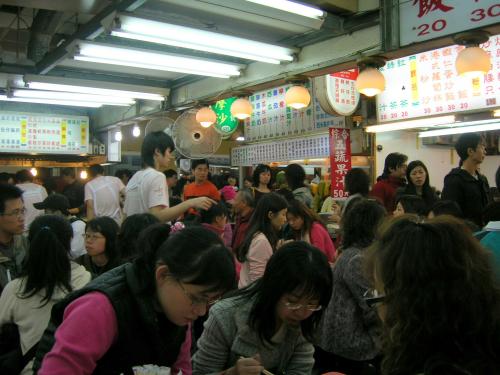 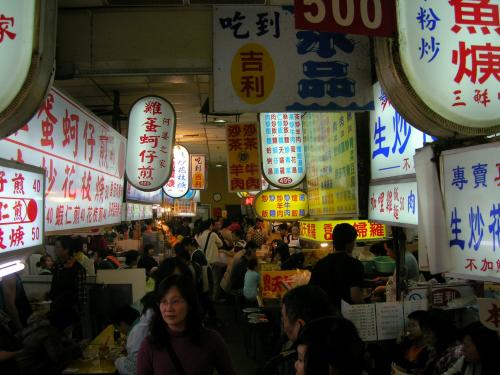 Not too far away, there’s also some minor entertainment… 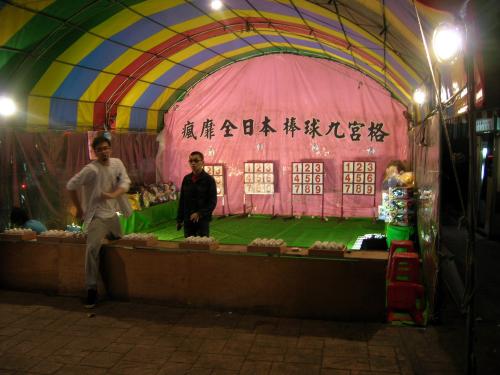 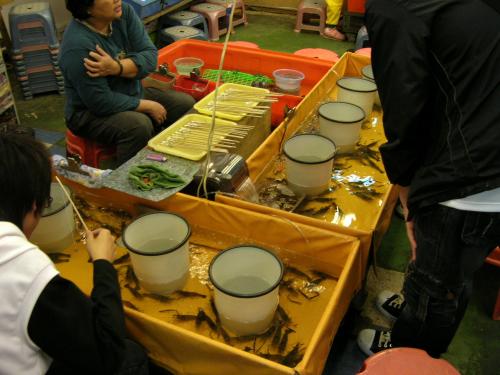 And if you think the outside is less crowded, you’re dead wrong… 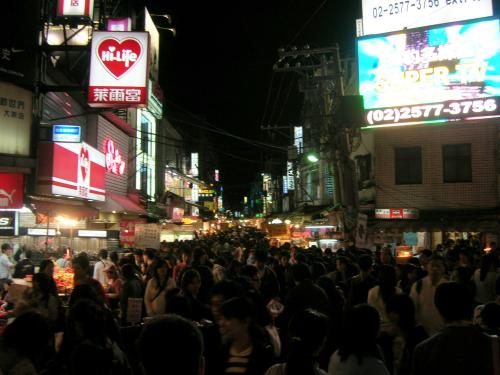 I remember my mom was in a bit of a shock when I took her there, and I believe any “westerner” couldn’t help but feel claustrophobic the first time visiting the place. Love it.

More on the Shilin Night Market :

I really miss the old Shilin market. It was had a carnival atmosphere that is lacking with the new gentrified version.

Andrew – wish I could see that. I think they’re planning an even bigger change soon. I read some news about the traditional vendors strongly opposing this.

I don’t like this night market much… there are so many better ones like Ningxia for example, where you can sit down in peace and eat tasty and not overpriced food and the vendors are friendly, really appreciate you eat at their shop. Never had this feeling at the Shilin Night Market. If any, I like the part outside that box with bad air.

MKF – it doesn’t surprise me you don’t like it. i think part of what i love about this place is that it was so hard to digest yet had sort of a contrast appeal. if you want to sit down in peace and have friendly vendors, this is definitely not for you and I doubt whether a night market in general would be the right place for you. people go to that food court for the bad air, the stinky tofu smell, the crowded alleys and the hygienically challenged street food.

I know you through CouchSurfing, your blog is really great~ Besides, your photos have reminded me the warm memory in Taiwan in late May~ haha

Thanks Gillian, that’s very sweet of you.

[…] do after a day of trying to make sense of Chinese to practice our bad tones on the local vendors.  Shilin night market is possibly the biggest and most famous, and there were a few smaller ones like Ningxia Night […]