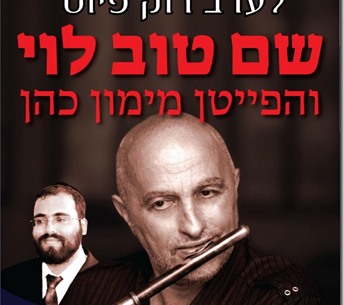 My sister insists of taking me to all sorts of musical adventures that are somewhat unique, combining her musical tendencies towards Mediterranean Mesopotamian influences. Since I lean towards the mainstream Israeli alternative music (an oxymoron of a sort, I know), she manages to find a sort of a middle-way. Once it was Shlomo Gronich (who I always considered somewhat of an overacting musician), but with the wonderful Gad Elbaz that managed to bring the best of Shlomo (see more here). Or Eti Ankri, that’s now doing her latest gig with 11th century Yehuda Halevi texts. This time she suggested Shem Tov Levi who was performing with “poet” Maimon Cohen, a orthodox religious vocalist with a great voice who mainly does eastern music interpretations for old religious texts of long centuries ago. 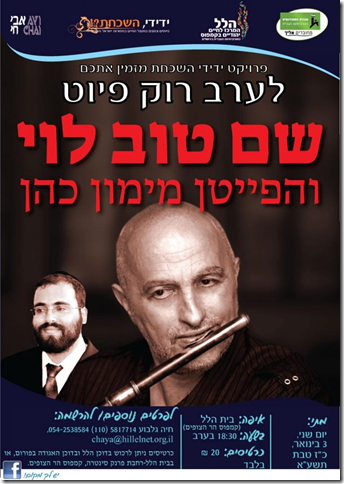 My first reaction was “Shem Tov Levi?! he’s still around”? It’s a name I recalled from the 80s, and I had no idea he was still running gigs today, but he managed to reinvent himself into a more of a jazz music orientation doing ensembles and cooperating with different artists in different musical genres.

Here’s an example from an Israeli version he did in his latest album for a Greek song.

-The City- (translated from Greek)

You said: "I will go to another land, I will go to another sea.
Another city will turn up, a better one than this.
My efforts-each is judged and damned beforehand,
and my heart is buried, like a dead man.
And my mind, how long will it remain in this morass.
Anywhere I turn my eye, anywhere I look,
the black ruins of my life are what I see here,

Always you will end up in this city.
For you there is no boat-abandon hope of that-no road to other things.
The way you’ve botched your life here, in this small corner,
makes for your ruin everywhere on earth.

Now, just to give you a sense of the differences, this is how I remember Shem Tov Levi from when I was a small kid… (with my quick & horrible translation)

What’s out there, kid,

no place to rest,

wounded bird, come back to me,

Listen to the voices,

the thunder upon roof tops,

beware of the sound of storm,

Midnight moon up above,

to a short melody…

The performance was at the Hebrew University. To give you a sense of what it was like, here’s a very bad quality capture with my mobile phone…

Honestly speaking, the humble and sweet Maimon Cohen was the true highlight of the evening with a surprisingly rich voice and vocal abilities adding a lot of character to both old lyrics and the more modern songs.

Here’s another video of their joint performance somewhere else :

Want to know what Maimon Cohen sounds like without Shem Tov Levi? glad you asked… now you get a chance to tap into my sister’s musical preferences.

A somewhat eastern-Mediterranean sound. Like it? Thanks to my sister, I now do. This last video was Andalucían music style (of southern Spain bordering Portugal and Morocco).