Kinmen Island is a hidden jewel. Though I’ve lived in Taiwan and have visited since leaving numerous times there have always been parts of Taiwan that I’ve wanted to go and haven’t been to yet. Kinmen, Matsu and Penghu islands were on that list. Finally, after many years of yearning I was finally able to make it to Kinmen. A very cheap 1US$ flight with Spring Airlines from Hong Kong to Xiamen, a 160yuan ferry from the Xiamen International Cruize Ferry dock, some passport checks and I’m at Kinmen. The time spent wondering around Kinmen on a motorcycle was bliss. I was also lucky to catch the crazy annual City God festival which I’ll come back to, but in the meanwhile I’ll start off with what I think makes Kinmen a must visit.

All over the islands are small villages and towns that still have Fujian style Chinese architecture buildings. If I was UNESCO, I would declare this island a world treasure and restore all those houses before those decaying buildings disappear. Luckily for us there are two forces at play that help preserve what’s left of those traditional style houses – the Taiwanese government and good old capitalism. Recognizing the touristic value of those homes, the Kinmen authorities declared some of those areas as "culture villages", offering incentives to renovate and use those buildings for B&Bs and cultural offerings.

One such area is the Kinmen Folk Culture Village in the north-eastern part of Kinmen Island. They did a wonderful job with that one. 18 wonderfully restored Fujianese houses are open for you to explore, with small shops, restaurants, a coffee shop (talk to Jay!) and a guest house. 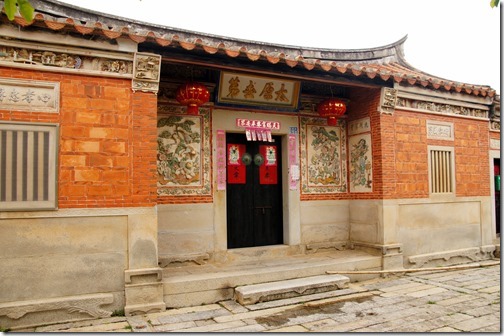 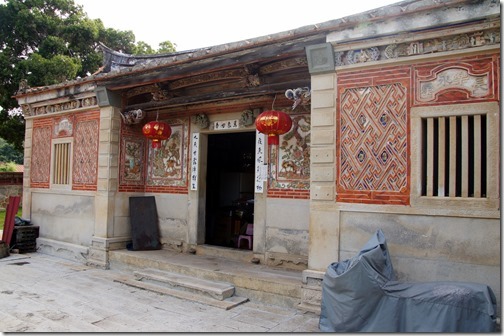 The "Shanhou Village" consists of the Upper Fort, Middle Fort and Lower Fort. The famous "Kinmen Folk Culture Village" refers to the Middle Fort built in 1900 during the Qing Dynasty. This was the first village in Kinmen to be turned into a tourist destination. The sixteen symmetrical two-courtyard historic houses, an ancestral shrine and a school academy are known collectively as the "Eighteen Houses of Middle Fort at Shanhou". All of these were built by Wang Kuo-Chen and Wang Ching-Hsiang after they became rich by trading with Japan. The overall layout was developed by famous Jiangxi architects and the great attention to detail can be seen in each house’s location, purpose, interior spaces, courtyards and lofts. Even the carved beams and themed clay sculptures were not left to chance. The entire project took 25 years to complete.

All eighteen historic houses were built on the hillside facing the sea in three orderly rows. Together, they represented a highly detailed and intact example of Southern Fujian architecture. Visiting tourists particularly enjoy standing in the alleys to take photos of the saddleback roofs, gabled walls, swallowtails and blue sky. This work of art by six master craftsmen brought from Tangshan is a must-see destination for all visitors to Kinmen.

It’s a photo perfect place. You can’t go wrong with this one… 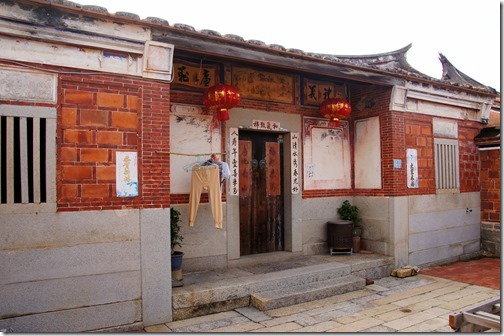 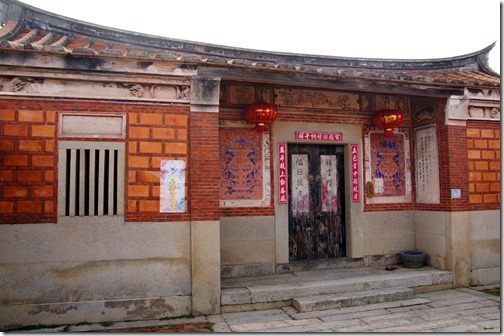 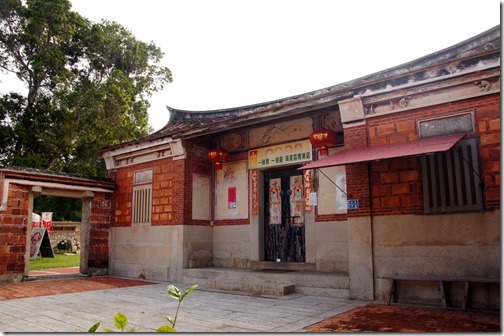 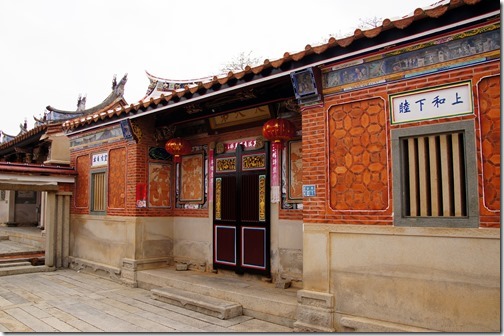 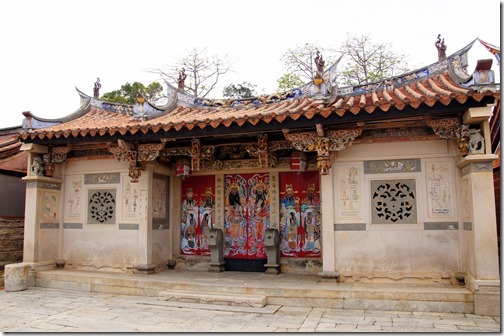 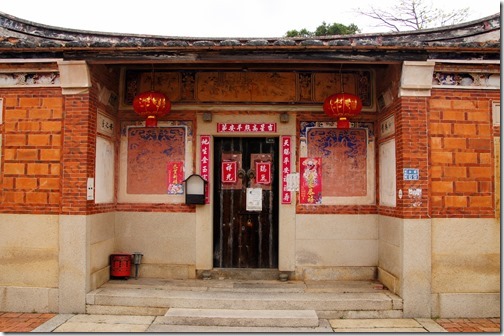 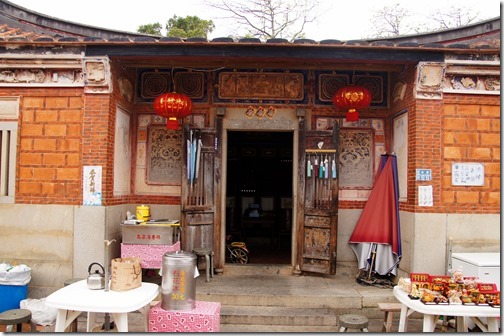 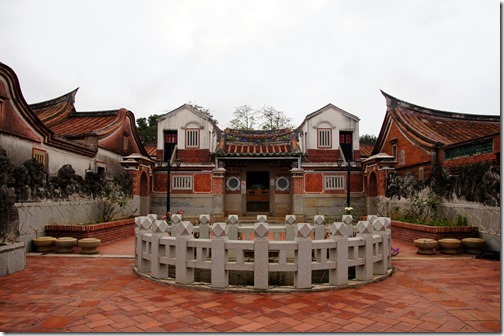 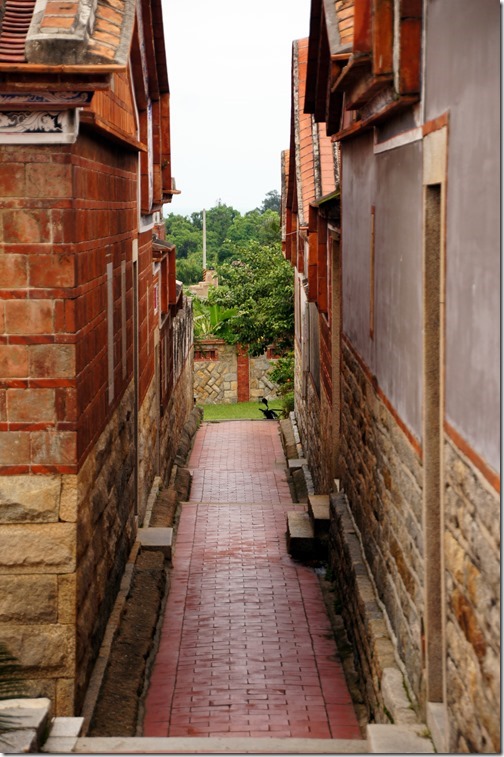 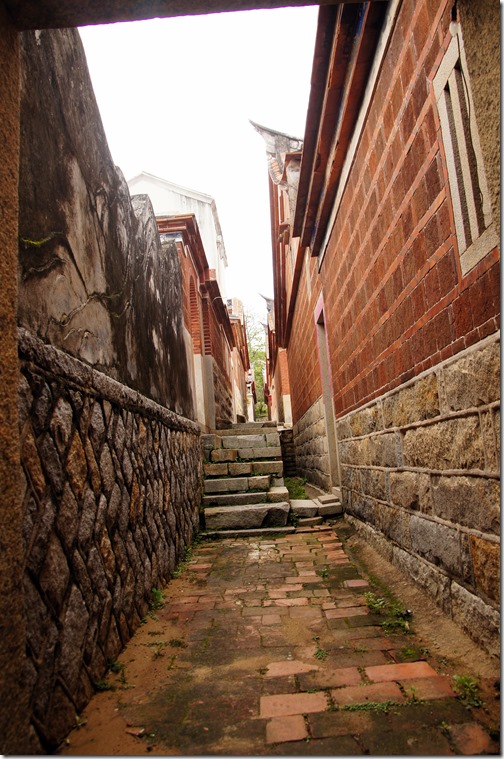 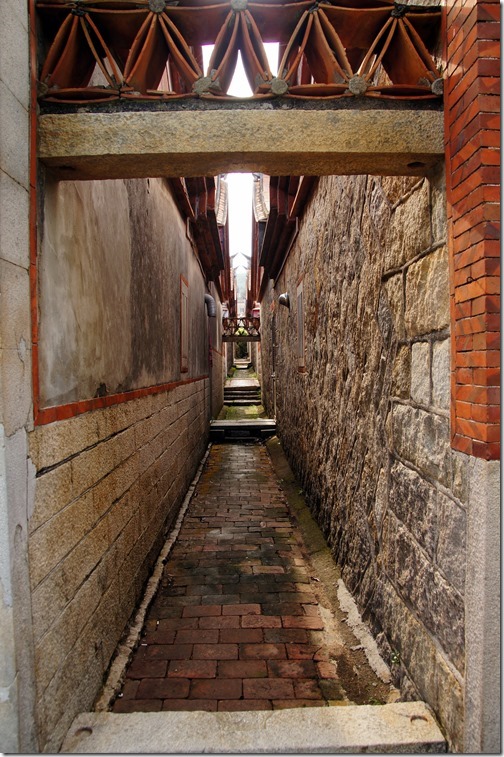 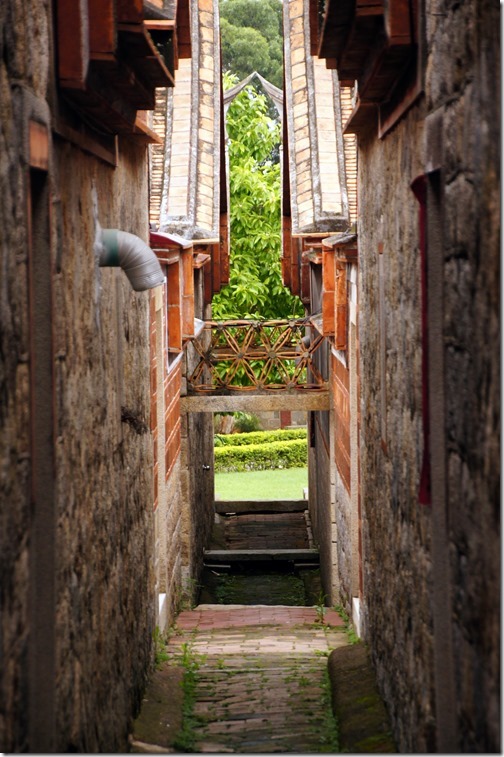 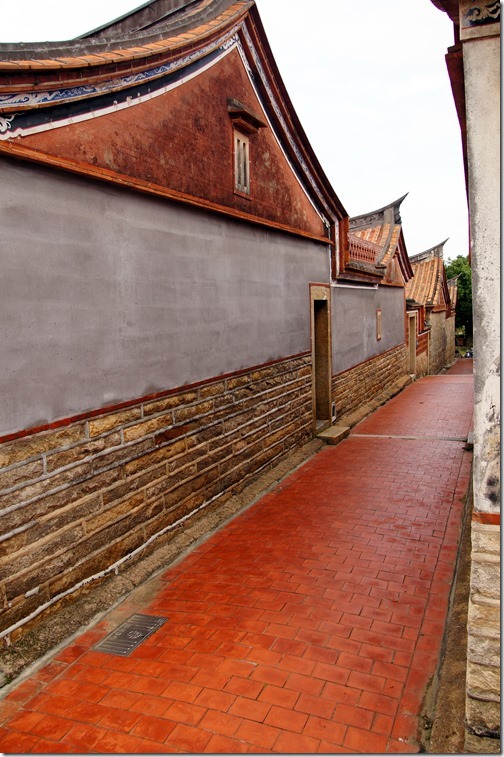 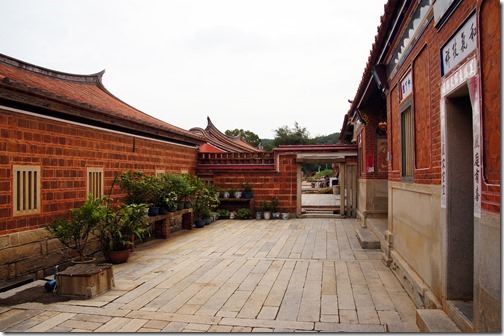 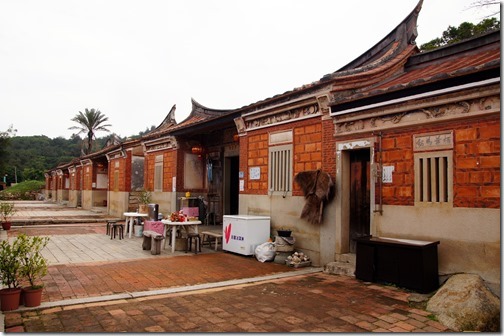 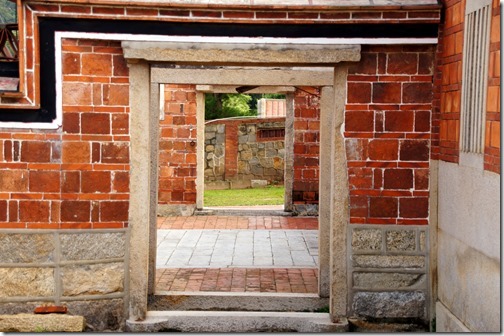 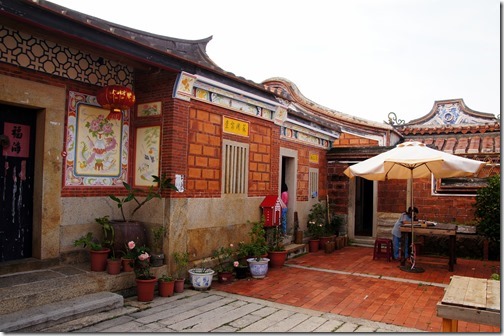 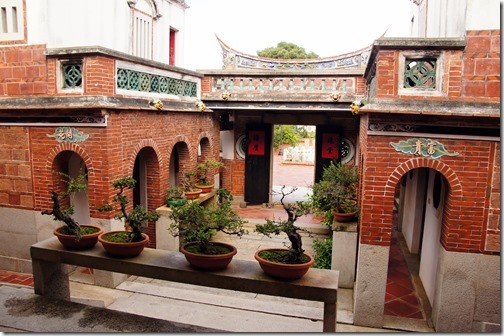 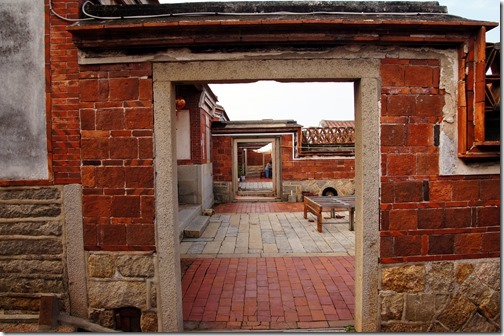 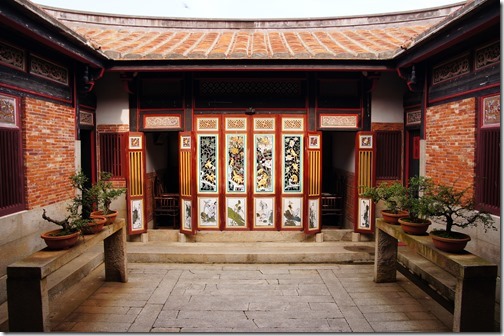 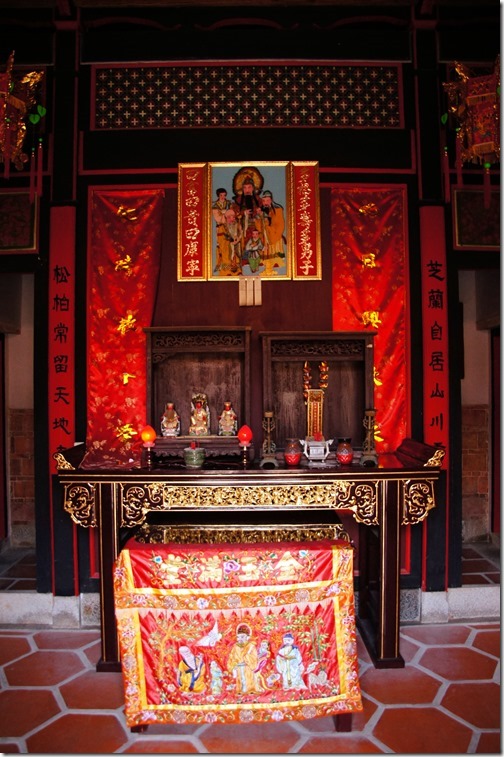 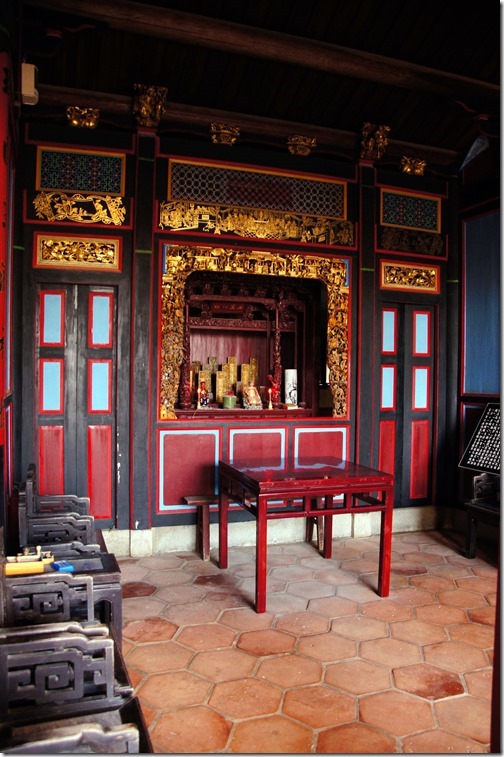 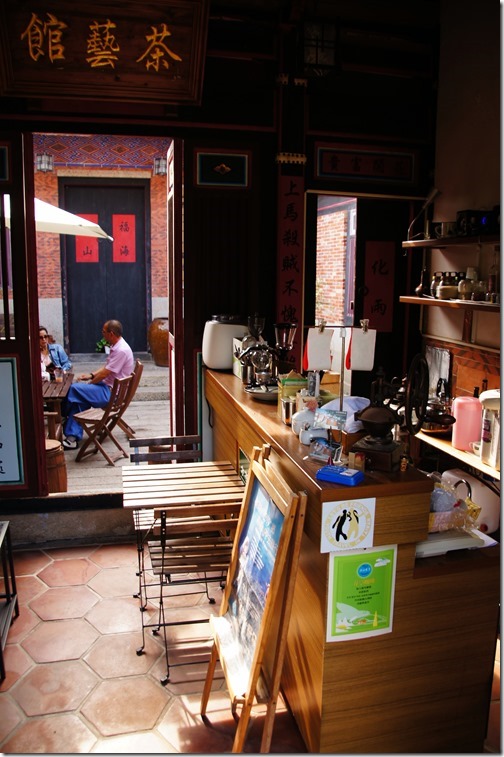 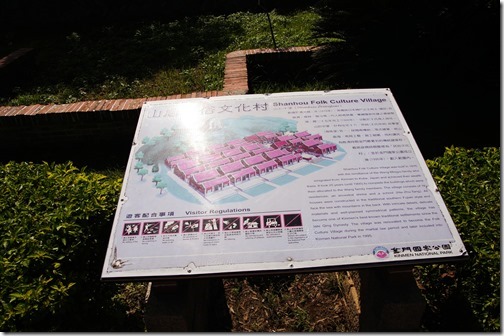 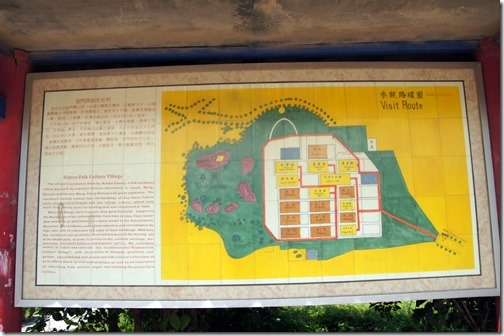 An absolute must visit if you’re in Kinmen. A world treasure, I say.

If you have the time, I suggest an overnight stay with Jay who owns the guesthouse and coffee shop (rate was 1000NT$ when I was there). Should be an experience to remember!