During the time around the rise of the Nazi party in Germany and the second world war a few tens of thousands of Jews fled from Europe to seek refuge in Shanghai. Shanghai was one of the very few locations around the world willing to accept the escaping Jews, and Ohel Moishe Synagogue was the center of that growing Jewish community. As the Japanese took over Shanghai, Ohel Moishe became the center of what was called the “Shanghai Ghetto” (or “restricted sector for stateless refugees”) around the Shanghai Hongkou district.

Recently Shanghai’s Ohel Moishe Synagogue was renovated and extended to become the Jewish Refugees Museum aimed at documenting and highlighting the history and lives of the former Shanghai Jewish community. 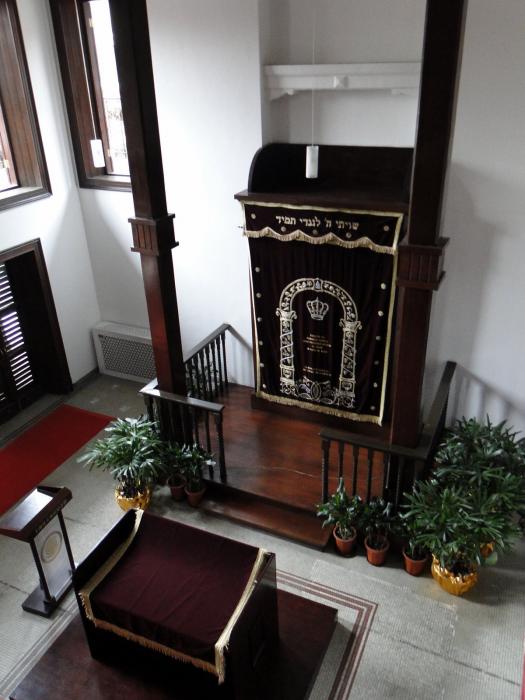 While visiting Shanghai for a conference, I was naturally curious to visit the place to try to learn more. It’s a strange feeling to see how the Jews made their lives there at the far-east in a culture and social status very different than that of which they were used to in Europe.

Frommer has the introduction to the museum :

Travelers interested in the Jews in Shanghai can still visit that center, the Ohel Moshe Synagogue (Moxi Huitang), Changyang Lu 62, Hongkou (tel. 021/6512-6669). Built in 1927 by the Ashkenazi Jewish community of Shanghai, it no longer serves as a synagogue, but as the Shanghai Jewish Refugee Museum (Youtai Nanmin Zai Shanghai Jinianguan) devoted to the history of the Jews in Shanghai. Recently renovated, the museum now has an annex in the back that features an exhibition of Jewish life in Shanghai from 1933 to 1945. Visitors are welcome on weekdays from 9am to 5pm. Tickets cost ¥50 ($7.15/£3.60).

Wikipedia helps with the historical background :

The Shanghai ghetto, formally known as the Restricted Sector for Stateless Refugees, was an area of approximately one square mile in the Hongkou District of Japanese-occupied Shanghai, where about 20,000 Jewish refugees were relocated to by the Japanese-issued Proclamation Concerning Restriction of Residence and Business of Stateless Refugees after having fled from Nazi Germany, Austria, Czechoslovakia, Hungary, Romania, Poland, and Lithuania before and during World War II.

The refugees were settled in the poorest and most crowded area of the city. Local Jewish families and American Jewish charities aided them with shelter, food and clothing. The Japanese authorities increasingly stepped up restrictions, but the ghetto was not walled and the local Chinese residents, whose living conditions were often as bad, did not leave. […]

The authorities were unprepared for massive immigration and the arriving refugees faced harsh conditions in the impoverished Hongkou District: 10 per room, near-starvation, disastrous sanitation and scant employment.[…]

In 2002 a documentary titled “Shanghai Ghetto” was released. It doesn’t only give you a sense of the Jewish life there, but also generally about the Shanghai life at the time.

The full movie is available on a Chinese website under the name 上海犹太人, the Shanghai Jews (but probably won’t last there for long) :

I wondered around the museum by myself for a while, and listened to some Israeli tour groups who were also there at the time. After that, a local volunteer student was attached to me and took me on a more organized guided tour. I was surprised just how much this young Chinese college student knew of the place and of all that’s related to Jews in Shanghai, as well as impressed with her very good English skills. She was able to tell me a few things I didn’t know about Jews in China, and that’s not to be taken for granted.

This is the backyard of the synagogue, now serving as the museum… 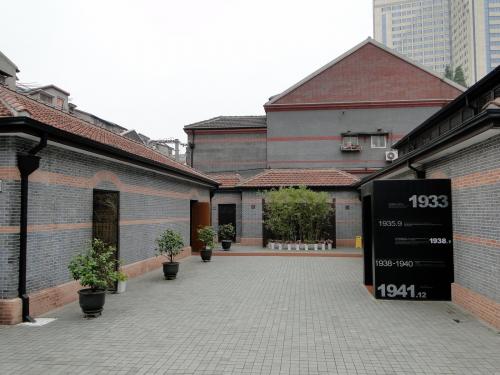 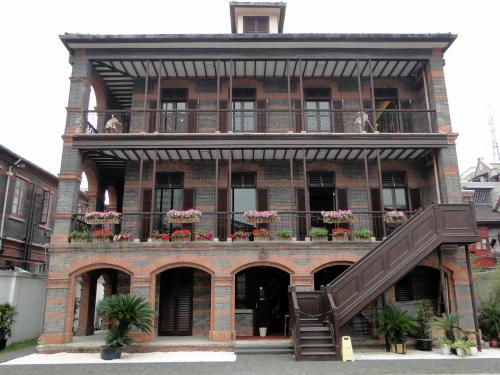 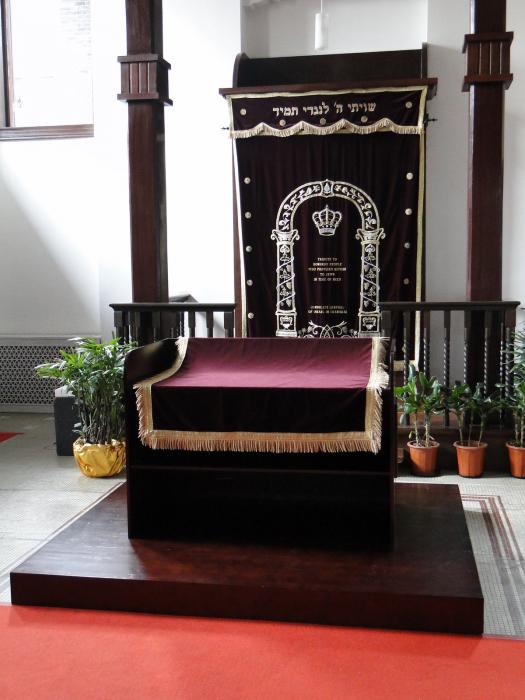 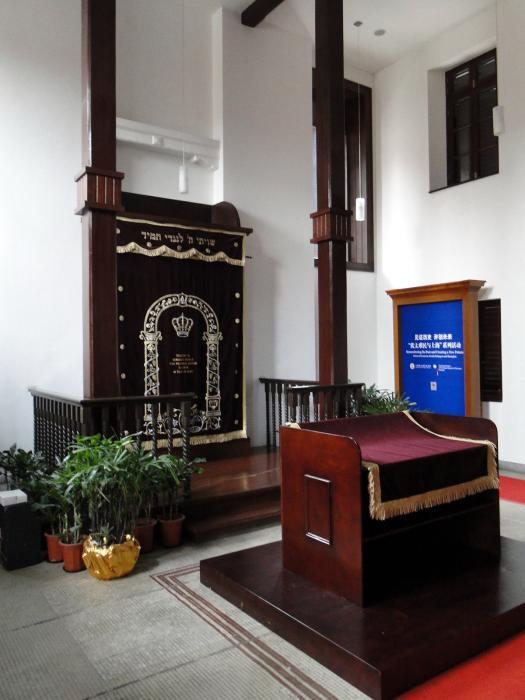 At the museum and on the second floor of the synagogue building there are some exhibits and photos: 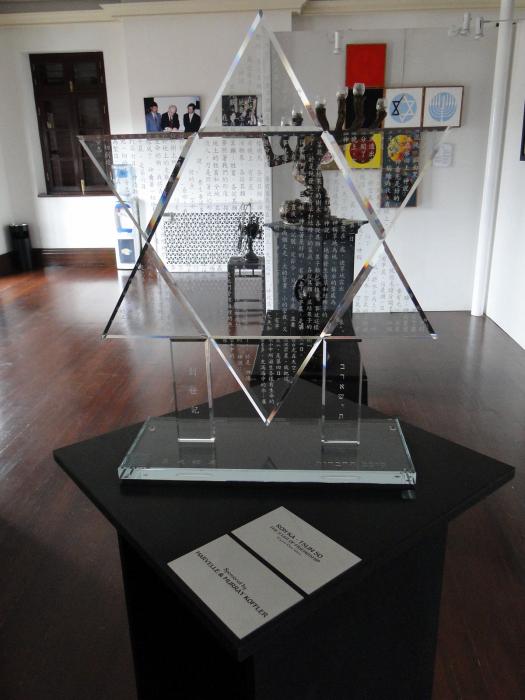 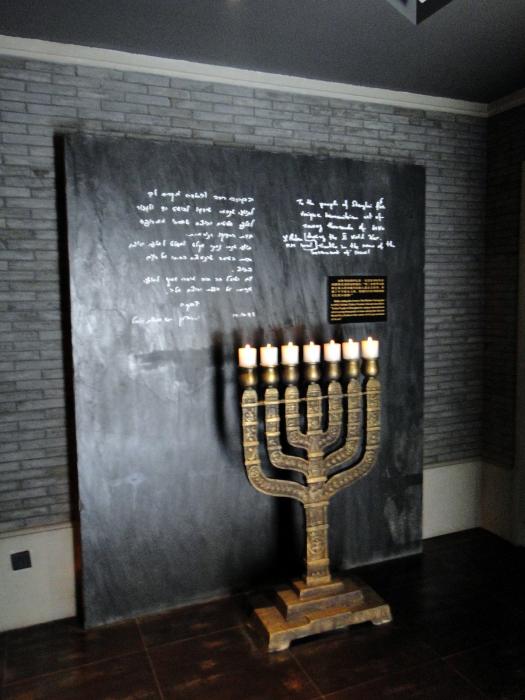 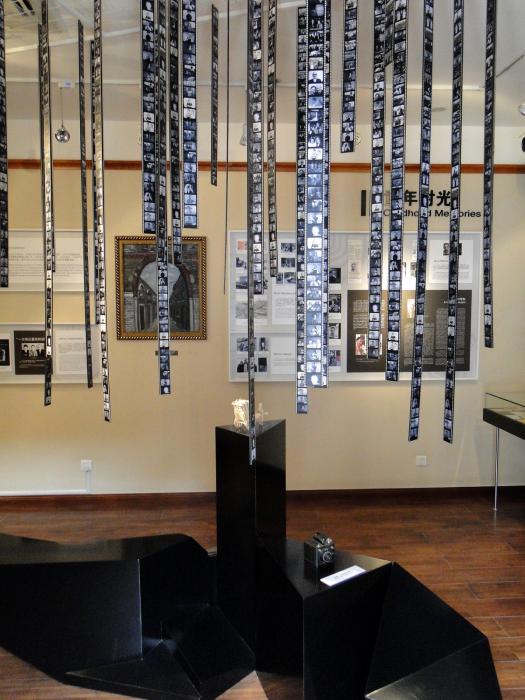 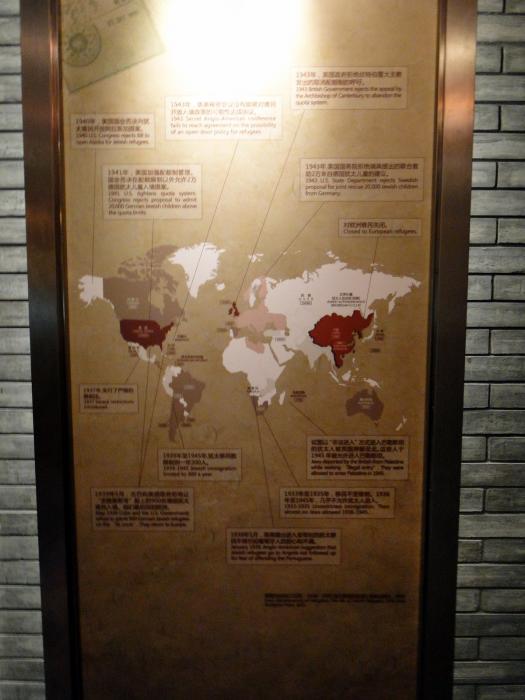 This is the note someone wrote down for me to give to the taxi driver in order to get there : 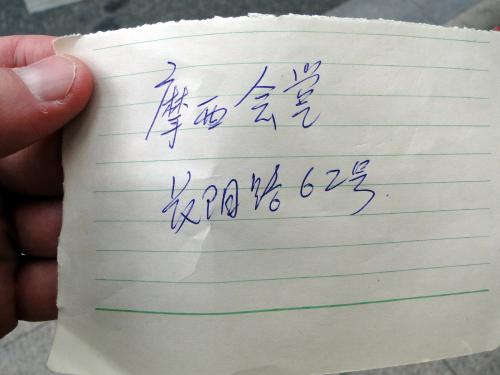 This is what is looks like from the outside: 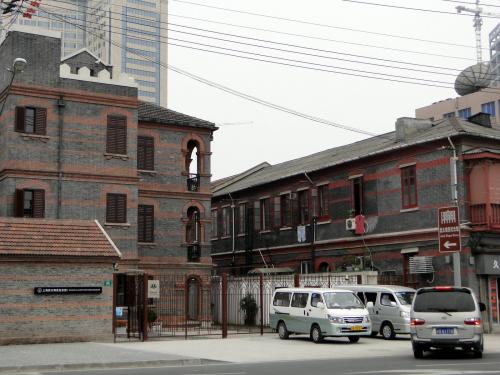 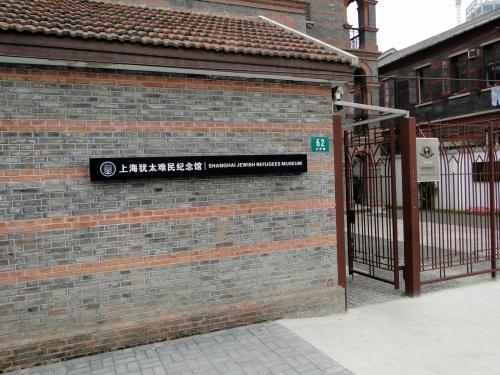 To those interested in more, following are related links of interest:

Nadia – eh! nice of you to notice. time flies, it’s been 6 years! very sweet of you, thanks.