In Shanghai’s old Chinese town is the City God Temple, dedicated to three of the main city Gods – mortals living in the Shanghai area and turning Gods due to their dedication to their areas. Namely – Huo Guang (~68BC, Han dynasty, a chancellor), Qin Yubo (1295-1373, Yuan dynasty, a civil servent) and Chen the more recent Huacheng (1776-1843 of the Qings, a general who defended against the British). See? even or especially bureaucrats have their place in the Chinese God-like hall of fame. 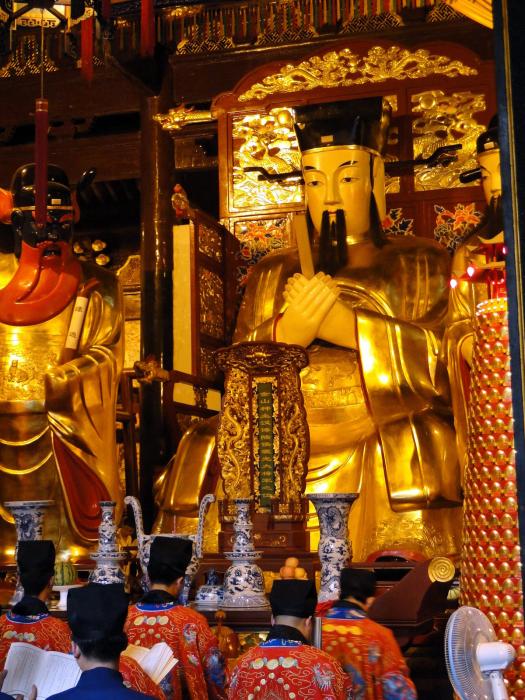 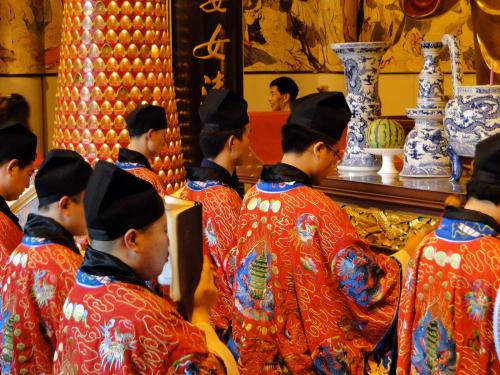 More about the temple? Cultural China has the background:

The Shanghai Chenghuang Temple,or City God Temple 城隍庙, is a Taoist temple located at Shanghai City in East China. The Chenghuang Temple was first constructed during the Yongle reign (1403-1424) of the Ming Dynasty (1368-1644). After its construction, many followers came here to burn joss sticks and carry out other religious activities. The most prosperous period for the temple was the Qing Dynasty (1644-1911). It is a key historical site of Shanghai City now. Furthermore, it is also a famous venue for religious activities in the world and an important window for foreign people to understand China’s religious culture.

It’s got all the makings of a good temple. Interesting history, beautiful architecture, passionate worshipers and set in an area with a unique vibe to it. 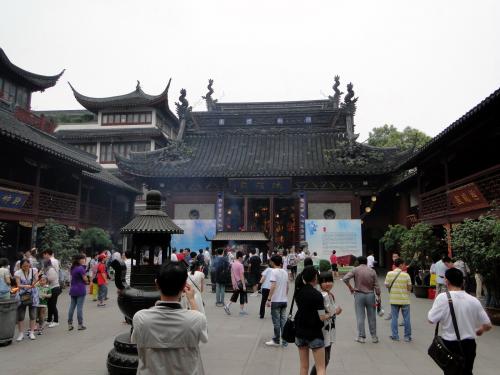 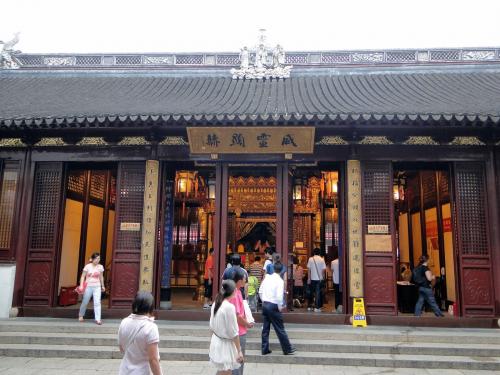 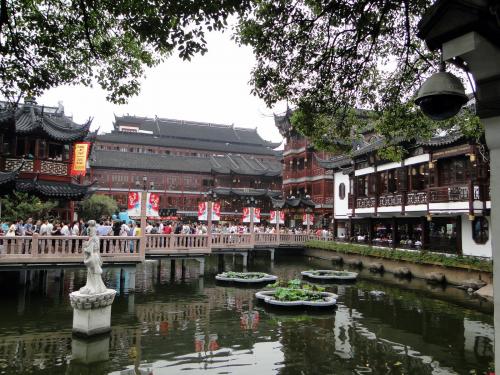 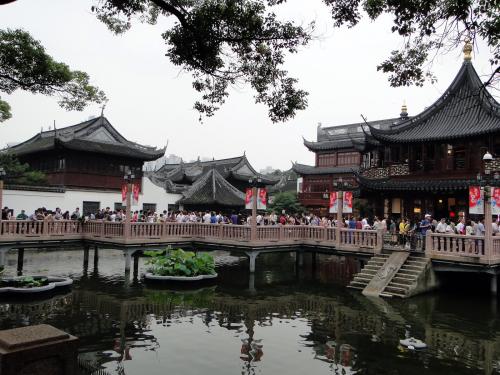 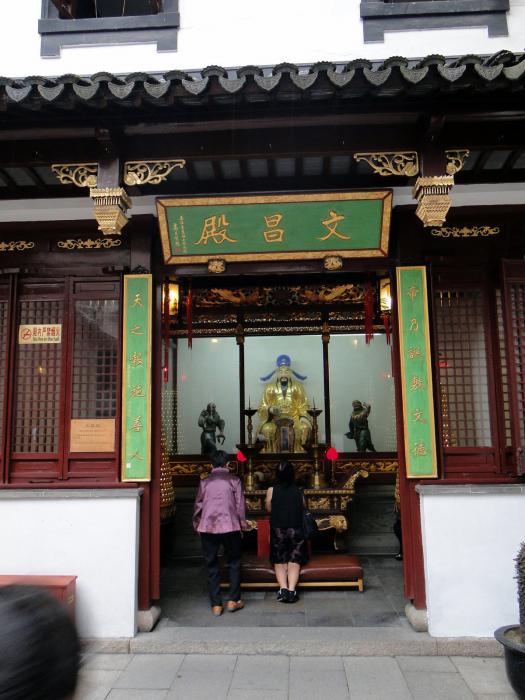 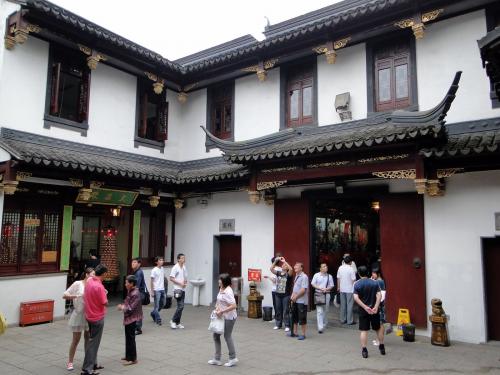 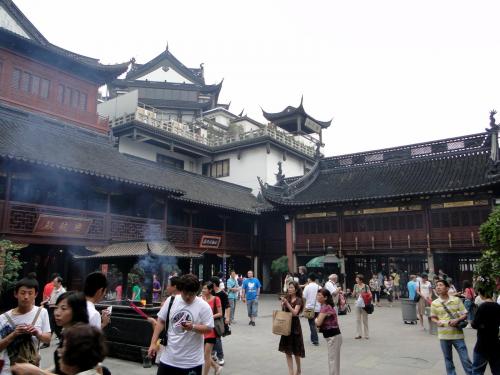 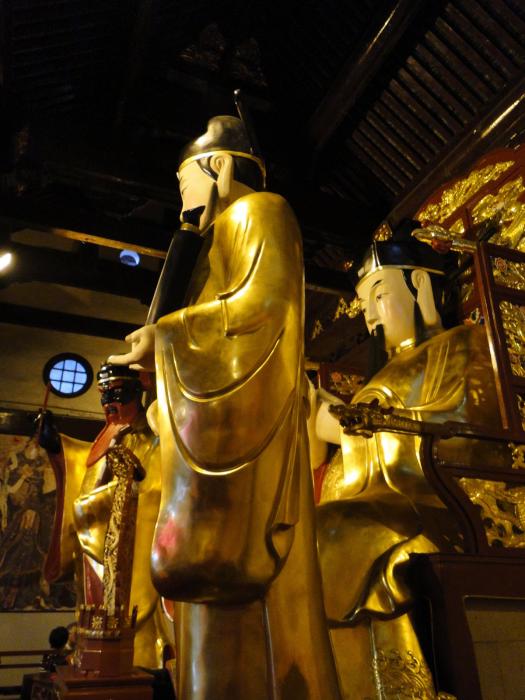 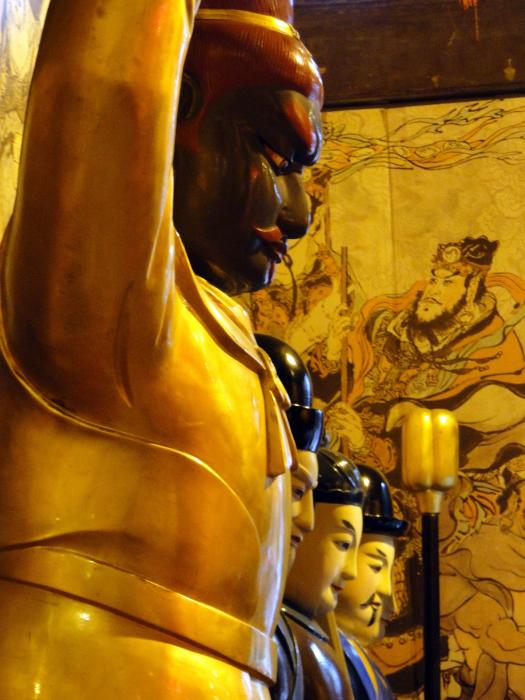 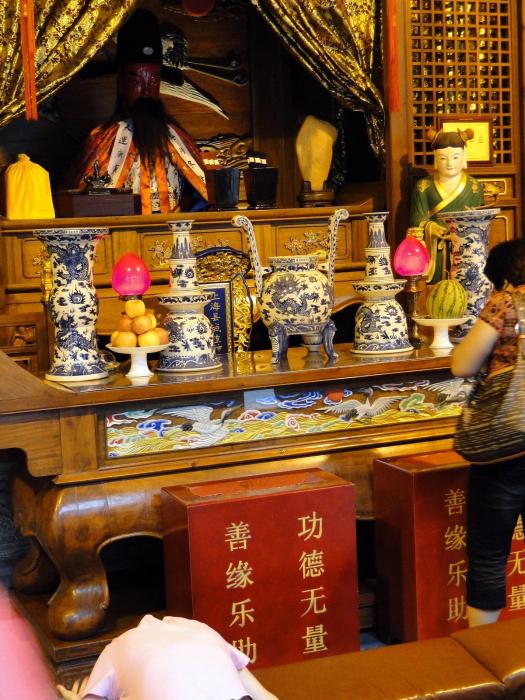 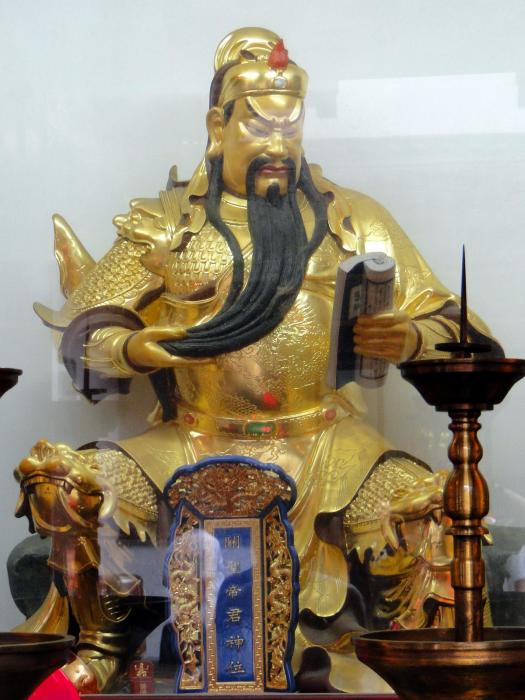 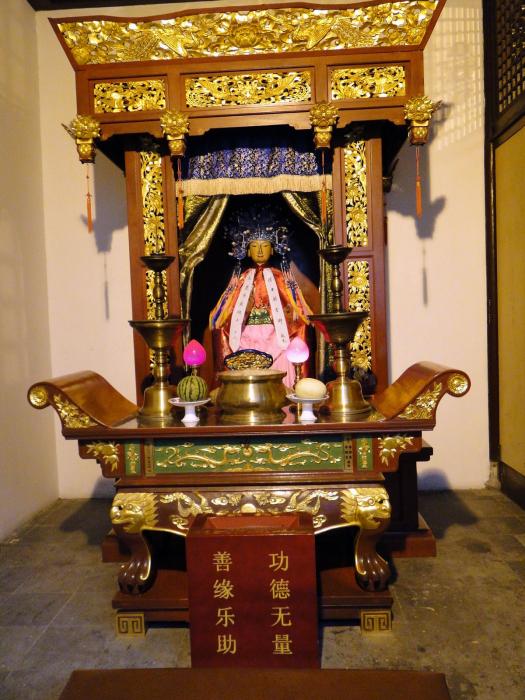 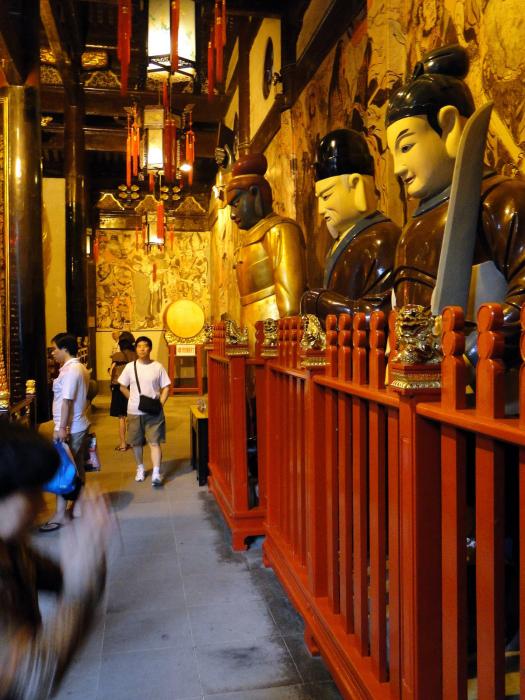