I really enjoy visiting large temples and Che Kung Temple in HK’s Sha Tin area is a good reminder of what I’ve come to adore. Brings back good memories of Taiwan. Interestingly, the smaller temple dates back as early as the 17th century, probably as far back as you can get in either Hong Kong or Taiwan when it comes to the history of these regions. 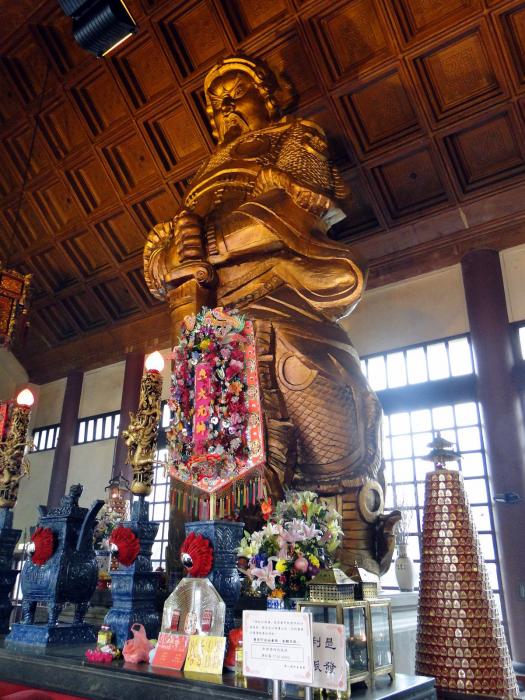 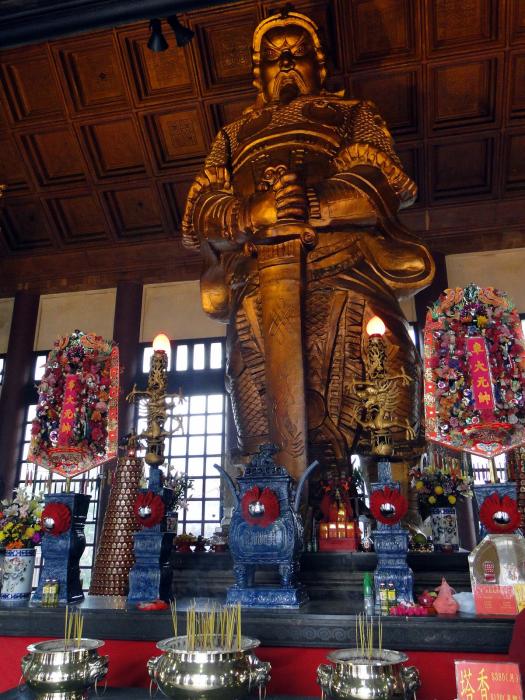 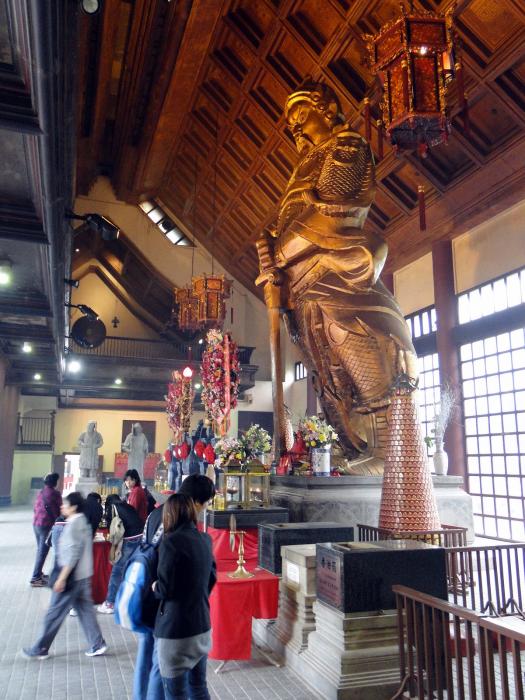 He’s an impressive fella, isn’t he ? Wondering who Che Kung is? Wikipedia explains :

Che Kung was a general during the Southern Song Dynasty  (1127-1279) in ancient China. He protected the last emperor of Song to Hong Kong and died. The temple attributes to his character and contribution.

The Che Kung Miu near Tai Wai, in Sha Tin District, New Territories, is the most famous one in Hong Kong. During the second and the third days of Lunar New Year, thousands of people go to this temple to worship, including many local Hong Kong government officials. This temple, on Che Kung Miu Road, is located midway between Tai Wai and Che Kung Temple stations of the MTR.

The original temple was first built at the end of the Ming Dynasty (1368-1644) and was renovated 1890, 1993 and 2004. The external walls are now plastered with false brick lines and the roofs with green glazed ceramic tiles. The recent renovation is considered to have "very much diminished the authenticity of temple". Due to the high number of worshipers during the Che Kung Festival following the Lunar New Year, a new temple was built in 1994 in front of the original one. The original temple has been preserved in-situ; it is only occasionally open to the public. It is classified as a Grade II historic building[6] since 1987.

The current Che Kung temple, in Japanese-style, was built in 1993-1994 at a cost of HK$48 million. It is eight times the size of the old one. The main hall contains a giant statue of Che Kung. Next to it is a fan-bladed wheel of fortune, which, worshippers believe, will bring good luck when turned three times. Fortune-tellers can be found within the temple. 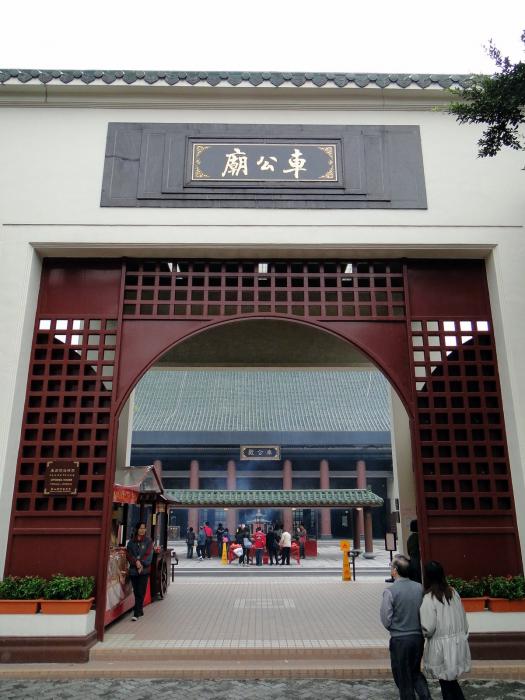 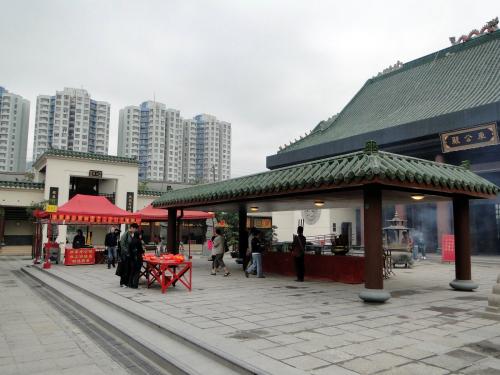 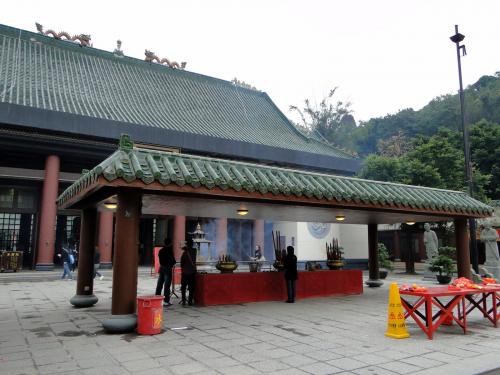 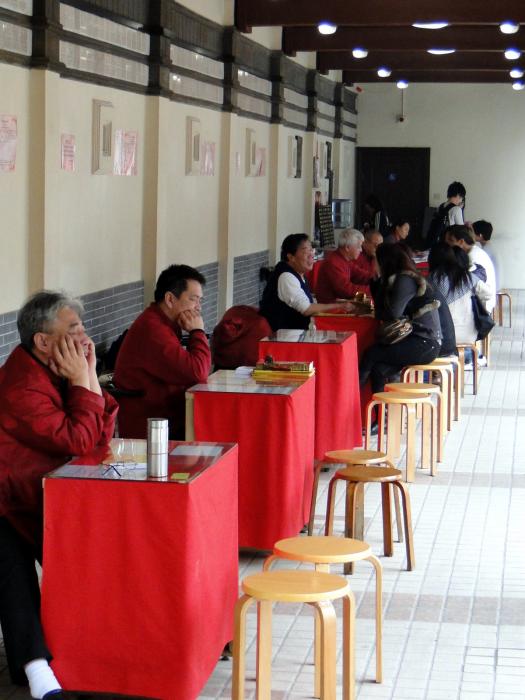 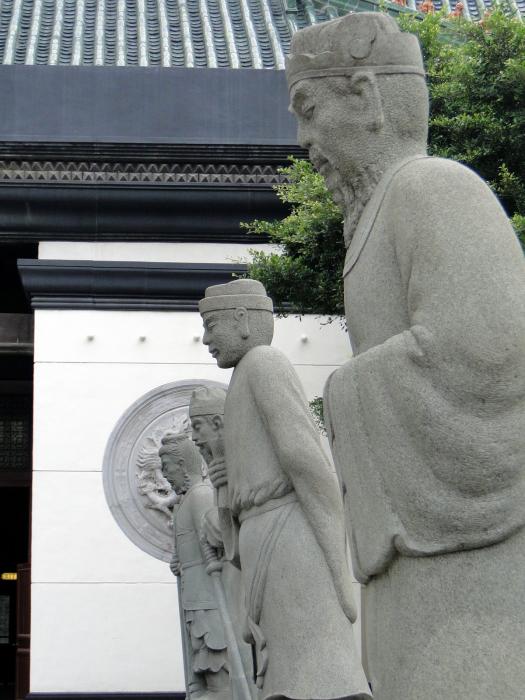 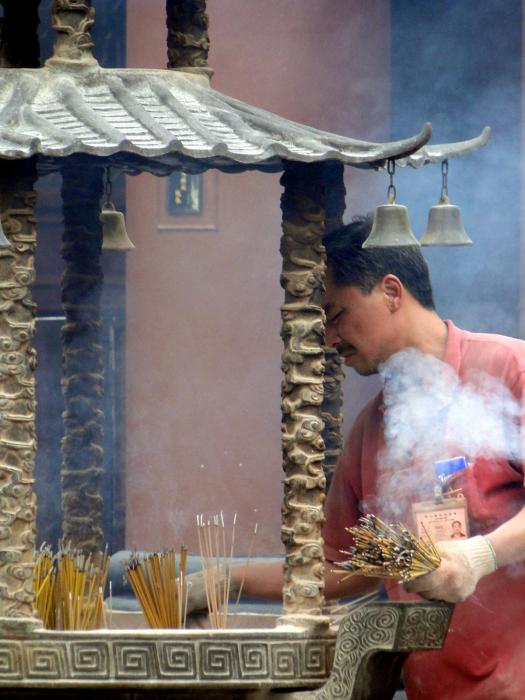 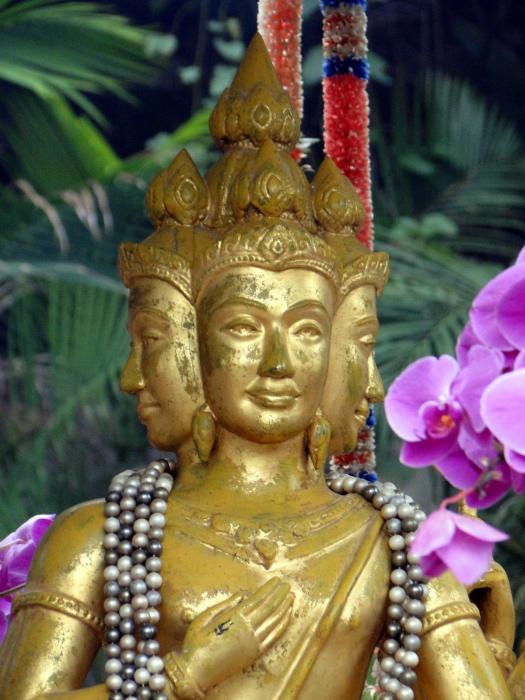 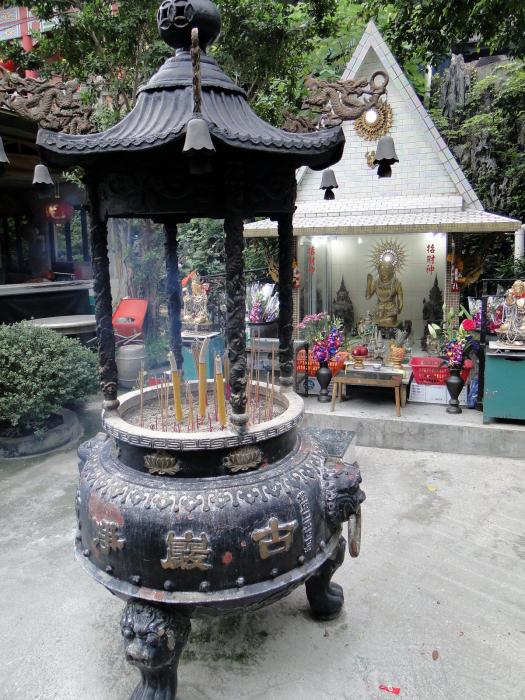 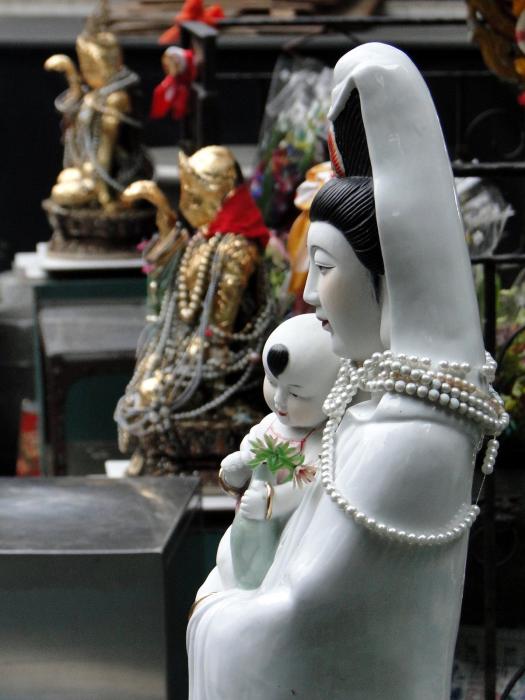 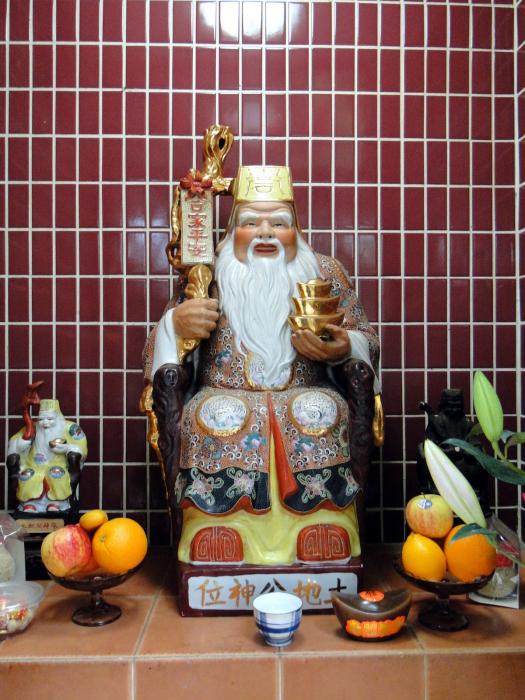 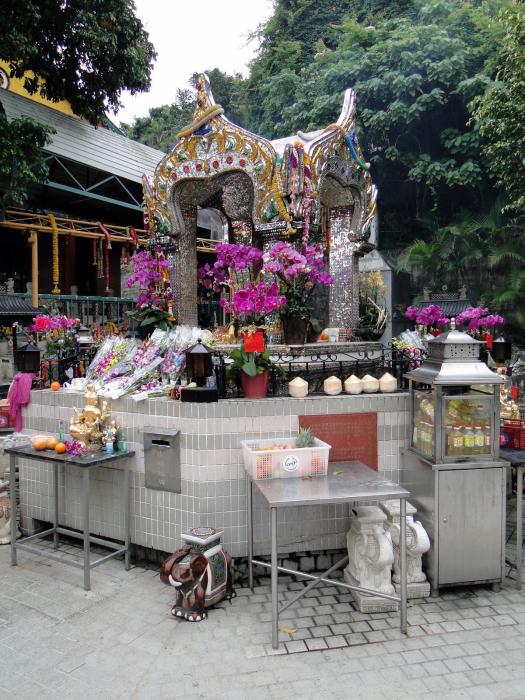 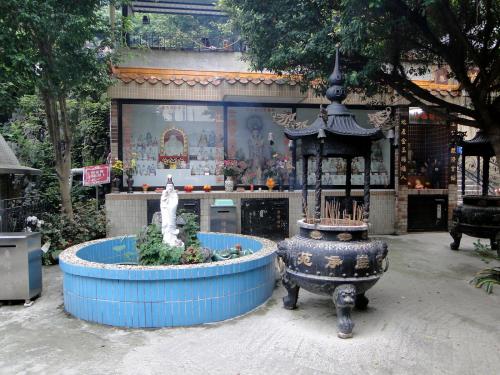 The temple is convieniently situation next to the Che Kung Temple MTR station, not too far away from the Hong Kong Heritage museum across this river … 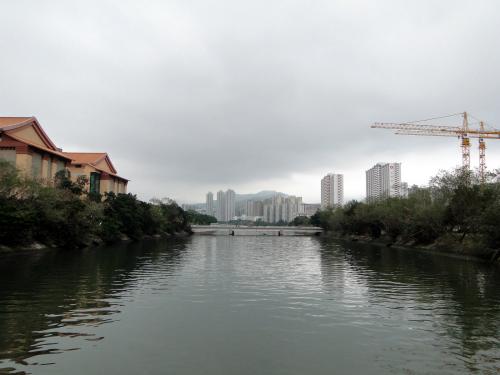 Open from 7am – 6pm.  Go to MTR Che Kung Temple Station Exit B and follow the signs.