Want to get a feel of mingling with the Taiwanese crowds? Try Sanxia’s Old Street on a public holiday. You’re in for a special treat. There’s barely room to breath,you just go where the crowds push you… 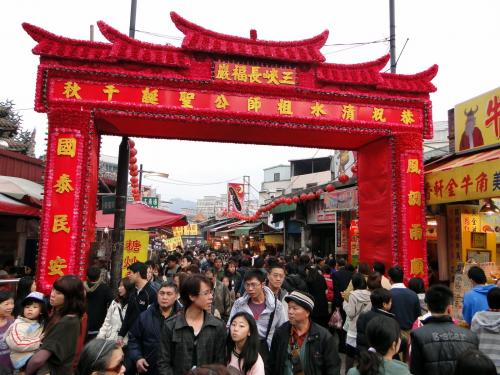 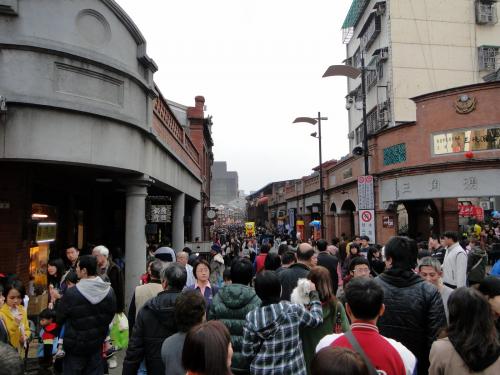 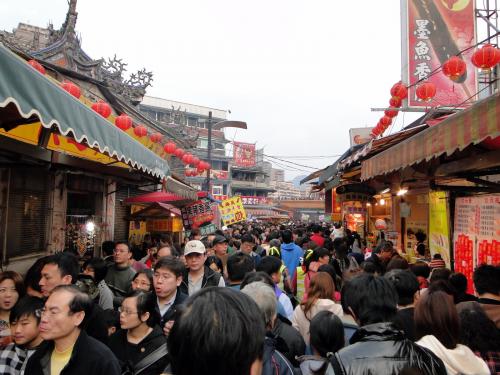 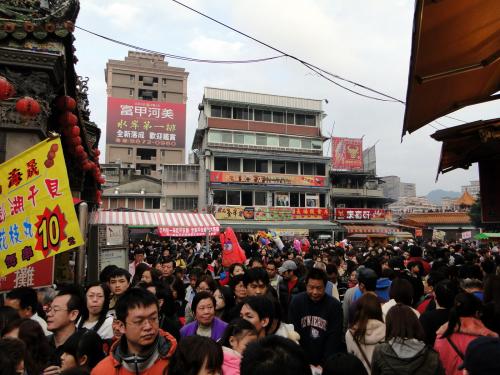 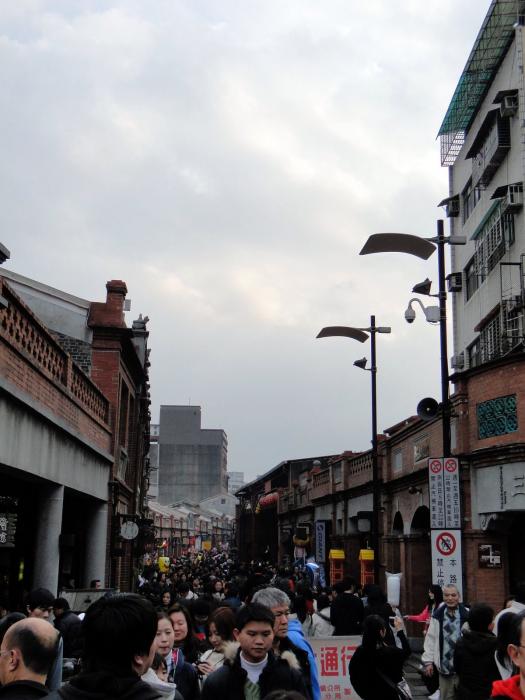 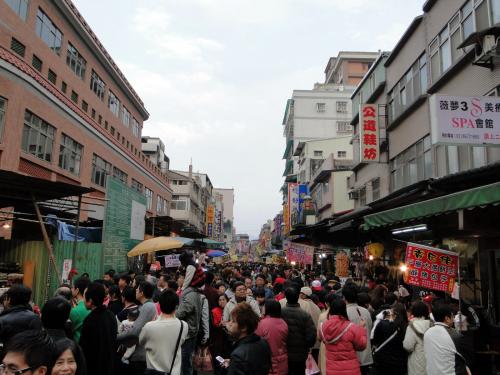 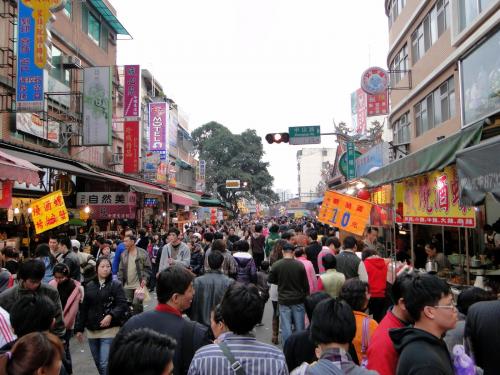 If it’s so crowded, why go to Sanxia? mainly two things, the old street and the Zushi temple.

The Taiwan Tourism Bureau has the answers :

Sanxia is a traditional district located in northern Taiwan, easily accessible from Taipei. It has become known in recent years mainly because of its Qingshui Zushi (Divine Ancestor) Temple, which is unique among all the Chinese temples of the world for the painstaking and time-consuming dedication to classical temple arts that is manifested in its modern reconstruction work. […]

Even as the town lost its economic importance, though, its cultural value remained undiminished, mainly because of Qingshui Zushi Temple. With its unparalleled combination of religion and art, this temple is the epitome of exquisite carving and complex structure as well as dynamic center of Chinese religious worship. These features have also made it a powerful attraction for tourists from all over Taiwan and the world.

Sanxia Old Street refers to the south section of Minquan Street in New Taipei City. Its length is about two hundred meters, and its architecture dates back to the early days when the Republic of China was newly established. Walking along Sanxia Old Street is like walking into a time tunnel; the arched red brick hallways, the traditional architecture, the beams, columns, ancient wooden plaques, the squat maidens walls and the figure carvings upon the buildings are all very unique. Walking along this ancient street brings a feeling of nostalgia for the good old days, and makes visitors want to linger.

Somehow the crowds managed to push us in the direction of Zushi Temple. 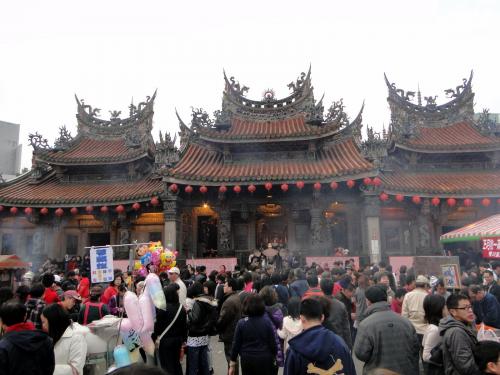 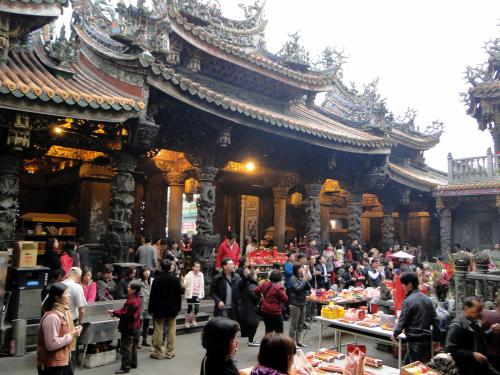 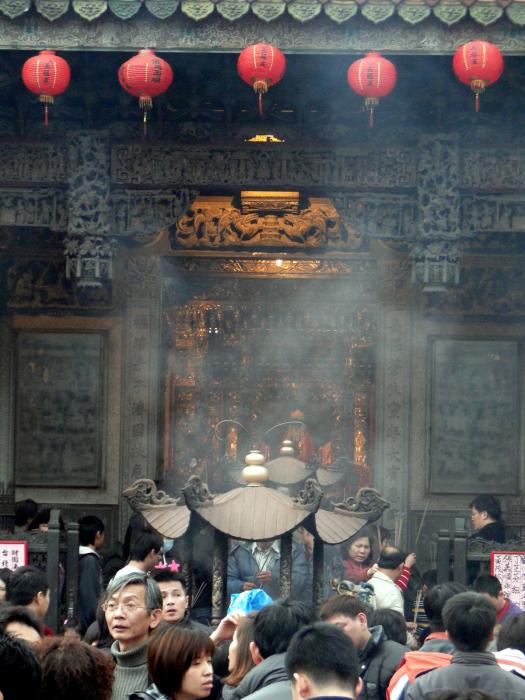 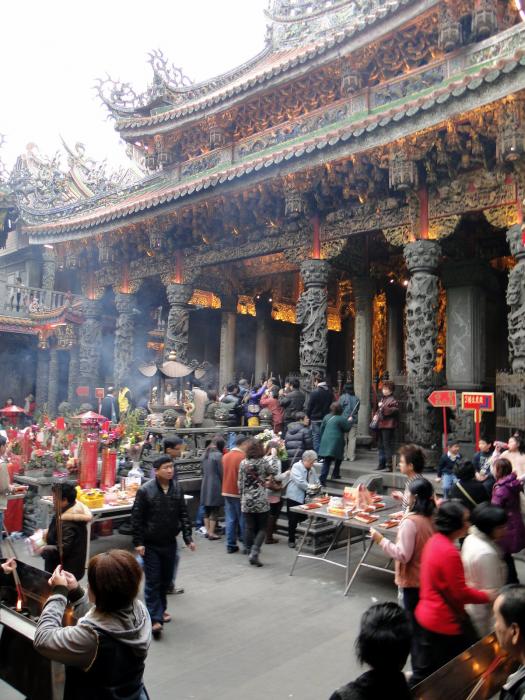 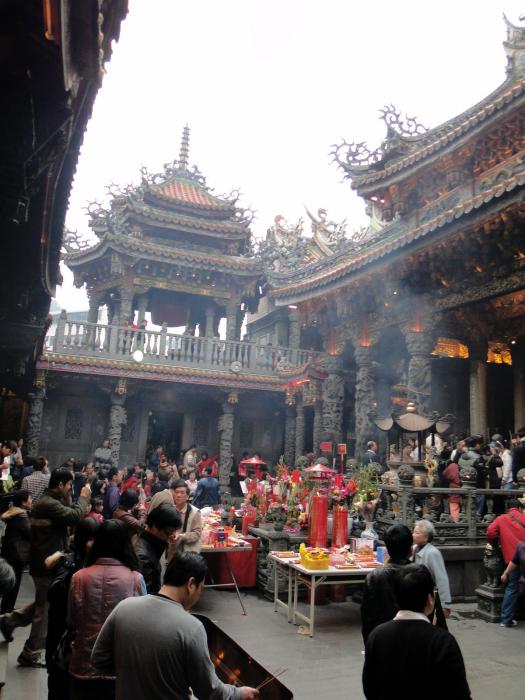 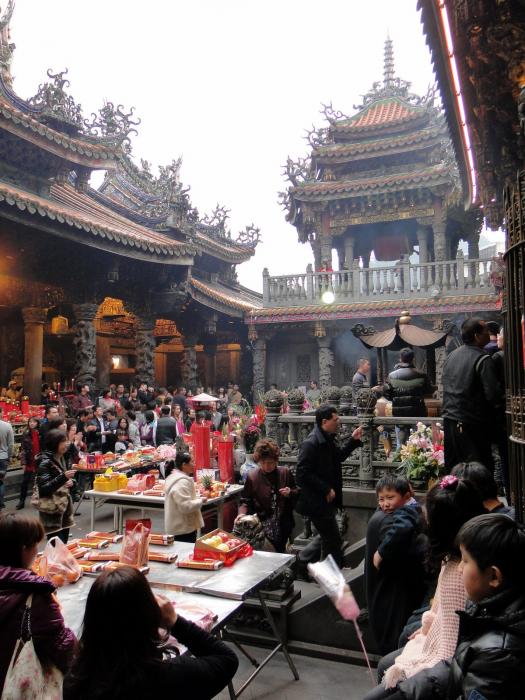 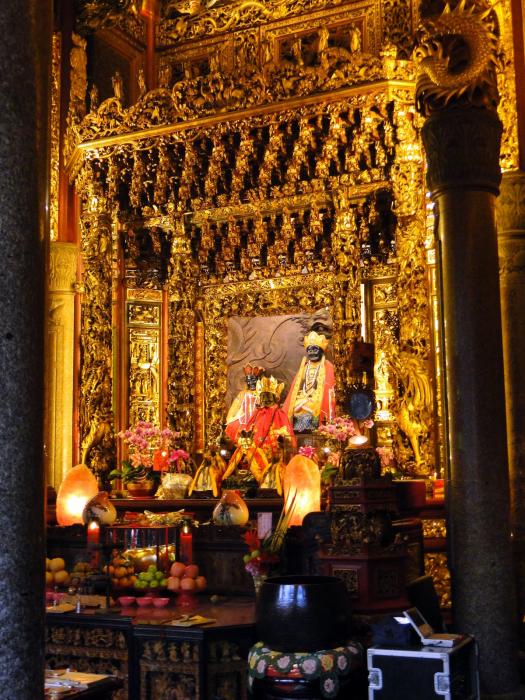 A bit further away it gets slightly more peaceful and you can slowly wonder around the street vendors, selling various delicious health hazards… 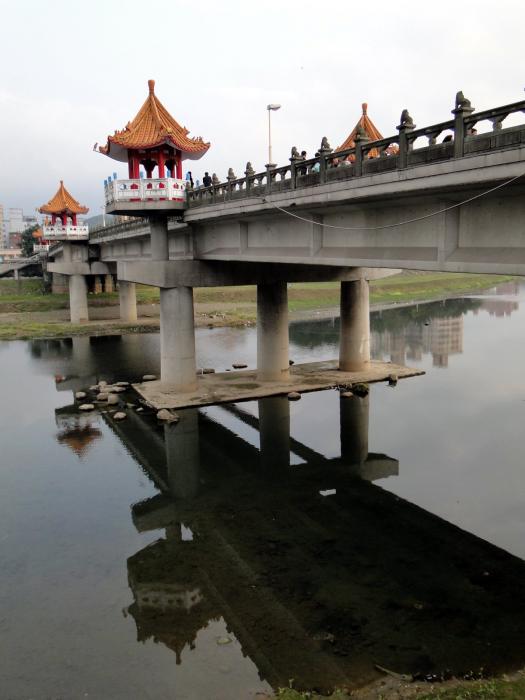 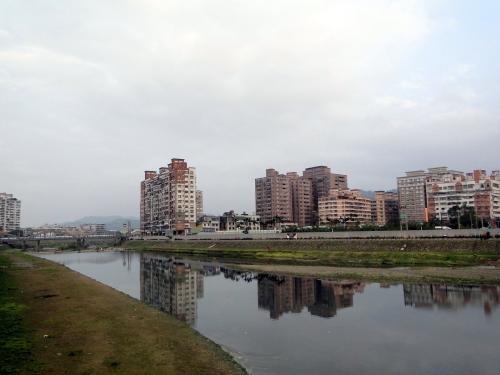 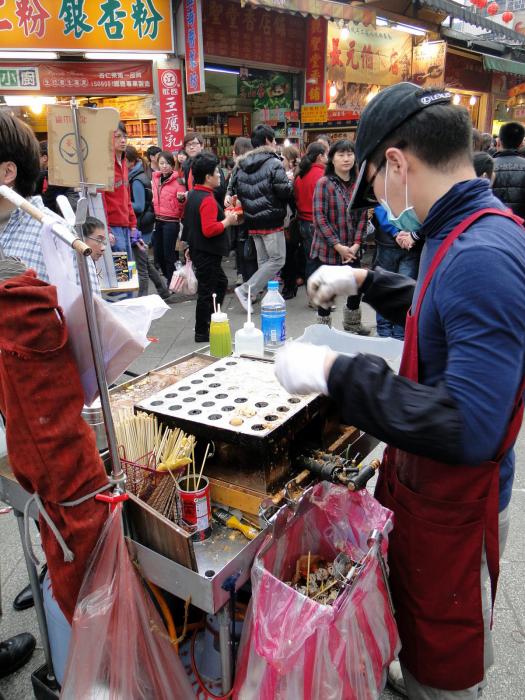 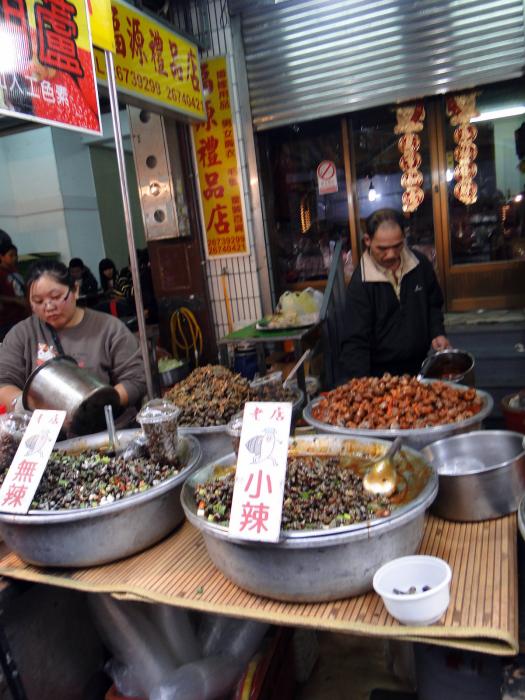 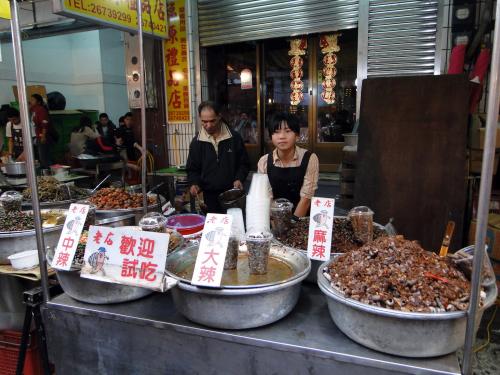 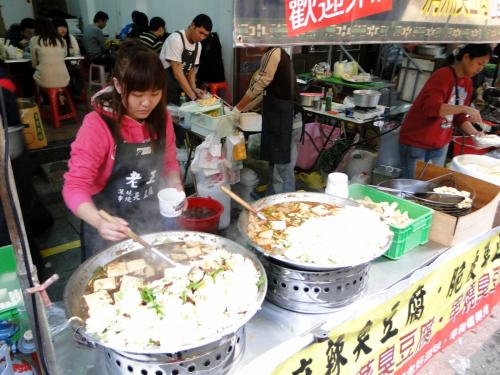 There are also a few other attractions in the area. See David’s post for some options :

Other relevant reads on Sanxia and old street:

Proof positive once again never to visit tourist spots in Greater China during holidays or weekends! I can feel and smell the crowd from my PC!

tall people really get different view from petit human beings’ view, Ah~! that’s what you saw up there. i guess your nose didnt need to smell people’s back too.

Thanks for linking to my blog 🙂