To give you a taste of the history behind the wonderful city of Ohrid in Macedonia (near the gorgeous Ohrid Lake), I present to you – Saint Pantheleimon Monastery, also known as Saint Clement Monastery, both names indicative of the vast history taking place in Ohrid. 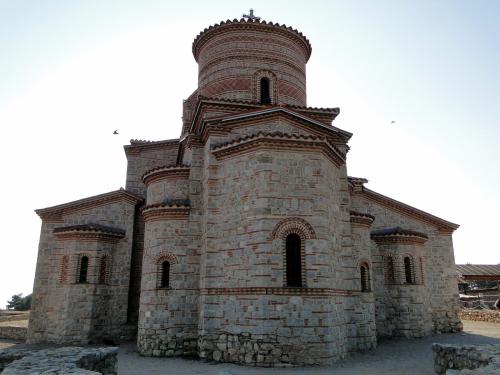 Here’s from Wikipedia (bold not in original text):

Saint Panteleimon (Macedonian: Свети Пантелеjмон, Sveti Pantelejmon, pronounced [pantɛlɛjˈmɔn]) is a monastery in Ohrid, Republic of Macedonia situated on Plaošnik. It is attributed to Clement of Ohrid, a disciple of Saint Cyril and Saint Methodius. Archaeologists have come to believe that the monastery was the site where the first students of the Glagolitic alphabet (used to translate the Bible into Old Bulgarian) were taught. Saint Panteleimon is one of the most sacred and holiest site for Bulgarians.

The monastery is believed to have been built when Saint Clement arrived in Ohrid, at the request of Boris I of Bulgaria and restored an old church. Sources say that Saint Clement was not satisfied with the size of the church and therefore built a new one over it and assigned Saint Panteleimon as its patron saint.

Saint Clement used his newly created monastery as a liturgical building and a place for teaching his disciples his variation of the Glagolitic alphabet, known as the Cyrillic alphabet. Clement personally built a crypt inside the monastery in which he was buried after his death in 916, his tomb still exists today.

In the 15th century, Ottoman Turks converted the monastery into a mosque but during the beginning of the 16th century allowed ruined churches and monasteries to be restored, therefore, so was Saint Clement’s monastery. The monastery was again ruined during the end of the 16th century or the beginning of the 17th century and yet another mosque, called Imaret Mosque, was erected by the Ottomans, this mosque still exists to this day.

Who was Saint Clement? Fidanoski explains :

Saint Clement (Sveti Kliment) was the first Macedonian Bishop and the Founder of Macedonian Orthodox faith and knowledge . He and his spritual brother Saint Naum were followers and pupils of Saints Cyrilus and Methodius, two holy Slav Apostles, creators of Cyrilic alphabet.

Saint Clement was born in IX century (830`s after Christ) in the western part of present Republic of Macedonia. Some legends say that his birth place was in Ohrid area, others say – in the source area od Vardar river. In those days, teritory of Republic of Macedonia and Macedonian Slavs who lived there (our ancestors) were under the rule of Bulgarian medieval state. First Bulgarian rouler who was Christian was Tzar Boris (852-889), protector of Saints Clement and Naum. Christianization of Bulgarian and Macedonian Slavs began in 864 and emerged. After Boris`s death, his son Tzar Simeon was coronated in 893, and in the same time, new Tzar ordained Saint Clement as Bishop of Eparchy of Dremvitca and Velika.

We had a local licensed tour guide take us through the various ruins left surrounding the monetary, which surprisingly still has a lot intact regardless of the historical circumstances of the site (natural and man-related wars). 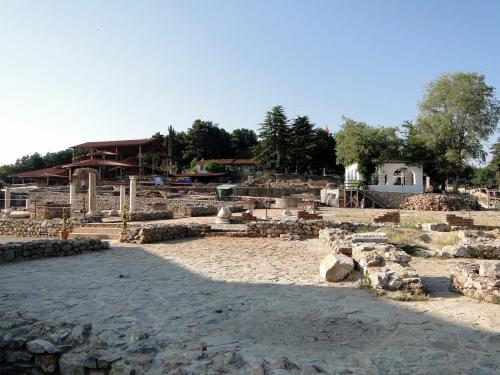 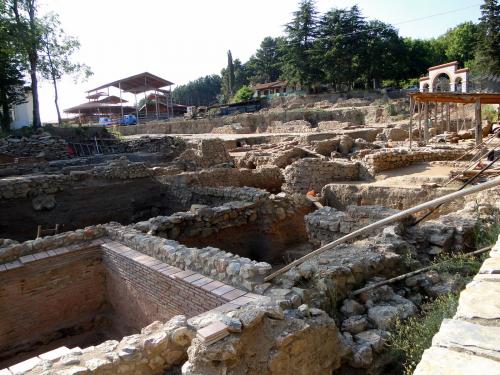 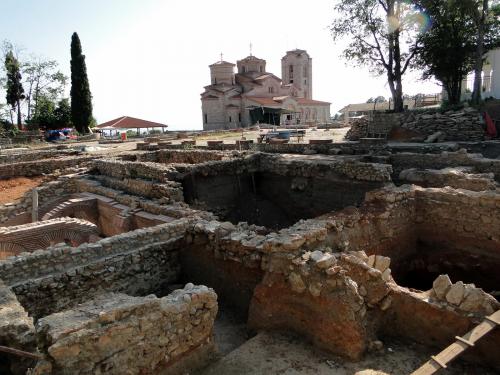 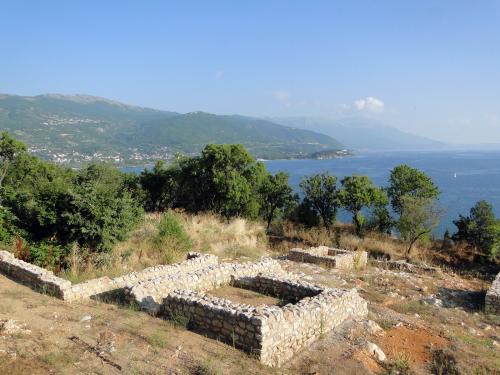 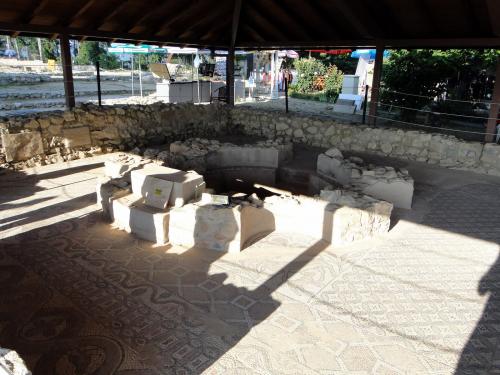 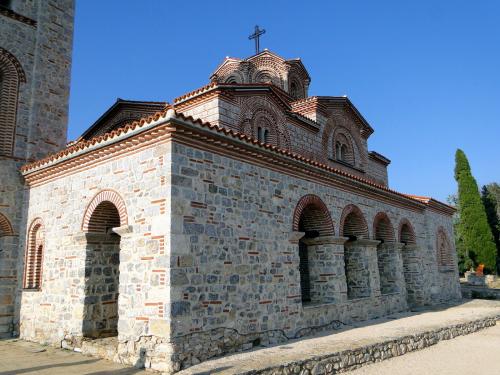 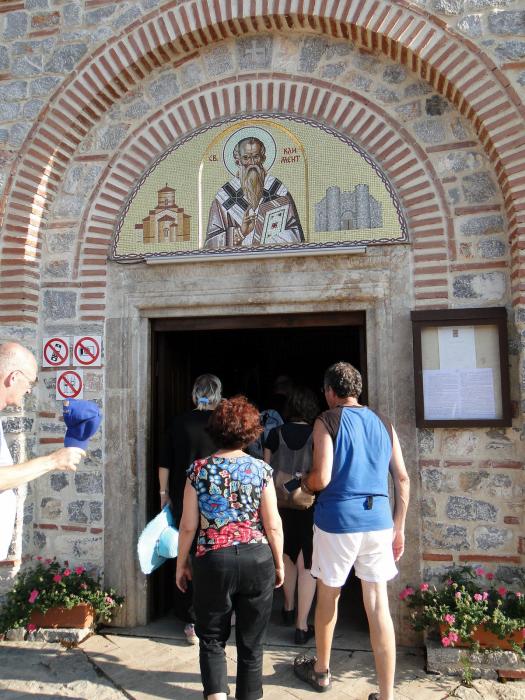 To add to the excitement, we also caught a local wedding taking place inside the monastery. We were allowed to sneak in with a usually forbidden camera and observe the traditional ceremony. My dad suggested I should maybe take up a new career as a wedding photographer. 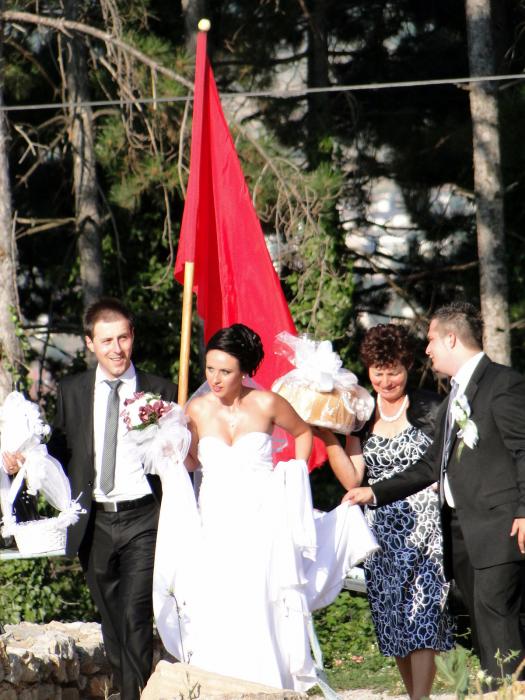 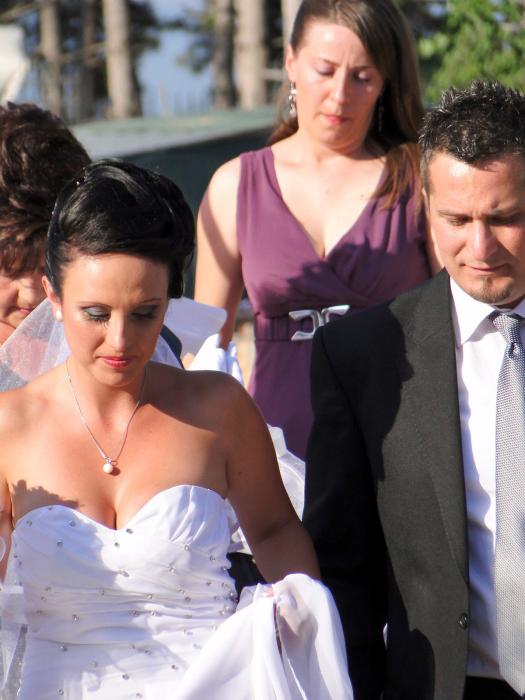 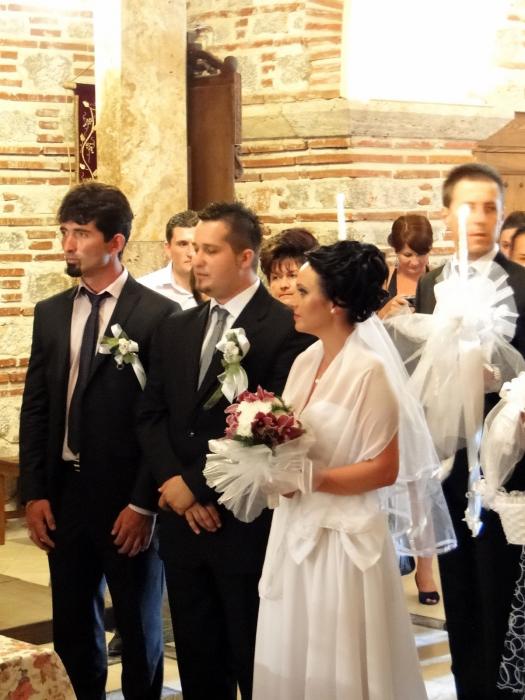 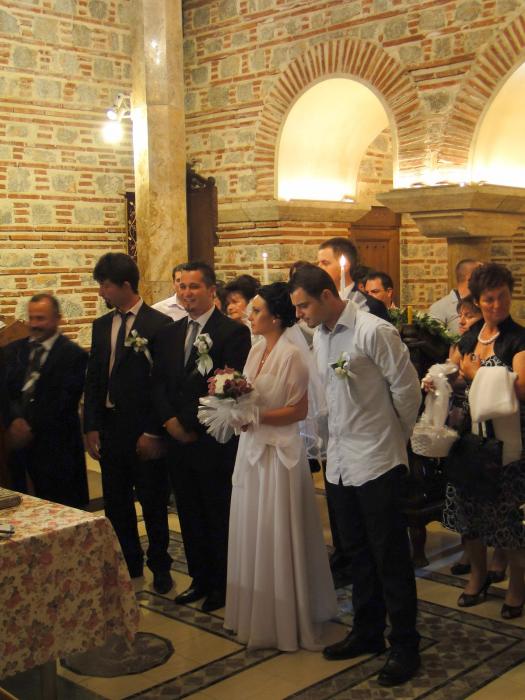 Oh wow, this is a great place. The monastery is just lovely, the view is breath taking. The locals are very lucky to have this beautiful venue for their weddings.