Although Ringling is mostly famous for living the American dream by becoming a millionaire in establishing one of the world’s biggest circus shows, his Ringling Estate in Sarasota down on the western coast of southern Florida hosts an impressive top notch museum of art. Featuring an impressive Spanish architecture and some of the finest private collections of art, this one is an absolute treat. It features over 20 galleries and thousands of objects on display, it’s recognized as the official state art museum of Florida. So there’s plenty to see, and the grounds are very pleasant to walk through. 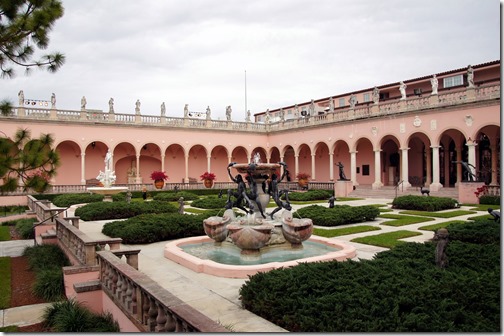 Watch this next into movie :

In 1905 Ringling married Mable Burton, a woman who shared his love for and taste in art. Soon after their marriage they became fixtures in New York’s art auction houses, buying paintings, furniture and tapestries from the homes of the wealthy and socially prominent for their own growing collection. In 1924, the Ringling’s met the prominent German art dealer Julius Böhler, a relationship that would prove crucial to Ringling and his growing interest in collecting art.

The Ringlings had been traveling through Europe for years and had fallen in love with Baroque art. In 1925 he hired architect John H. Phillips to design and build a museum on his Sarasota property to house his ever-growing collection.

What Phillips designed was a U-shaped pink palace with 21 galleries to house Ringling’s treasure trove of paintings and art objects, highlighted by a collection of masters that would eventually include Velazquez, El Greco, Van Dyke, Veronese, Tiepolo, Gainsborough and Rubens.

Between 1925 and 1931, Ringling acquired more than 600 Old Master paintings from the Late Medieval thorough the 19th century. His purchase of Rubens’ Pausias and Glycera was considered so significant that Art Digest reported on it. […]

In his will Ringling bequeathed his museum to the people of Florida, a gift he hoped would achieve his vision of creating in Sarasota a cultural and educational center.

Here, have a look at the gardens… 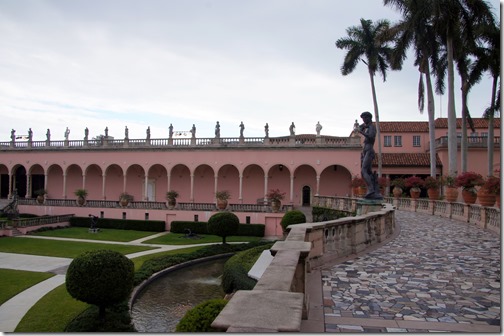 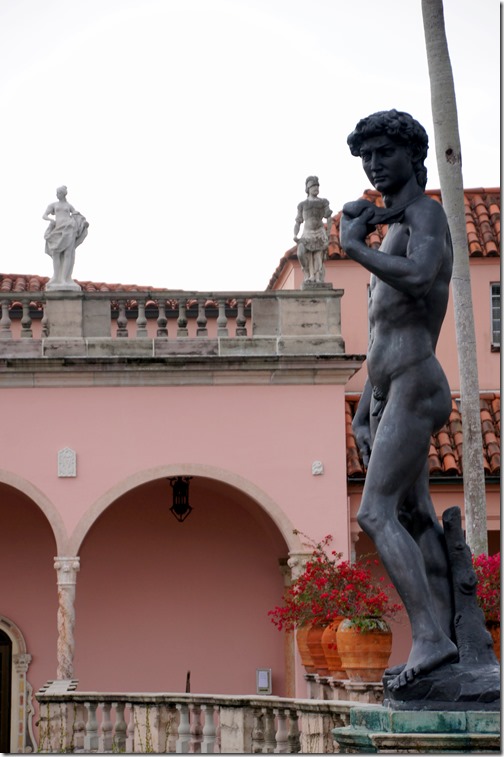 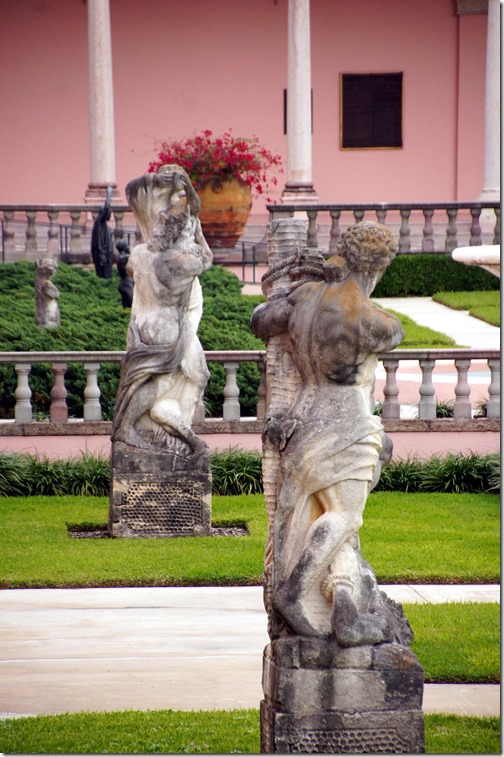 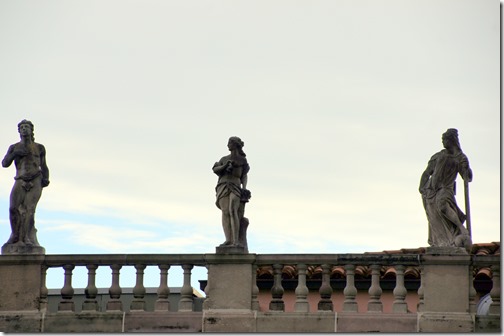 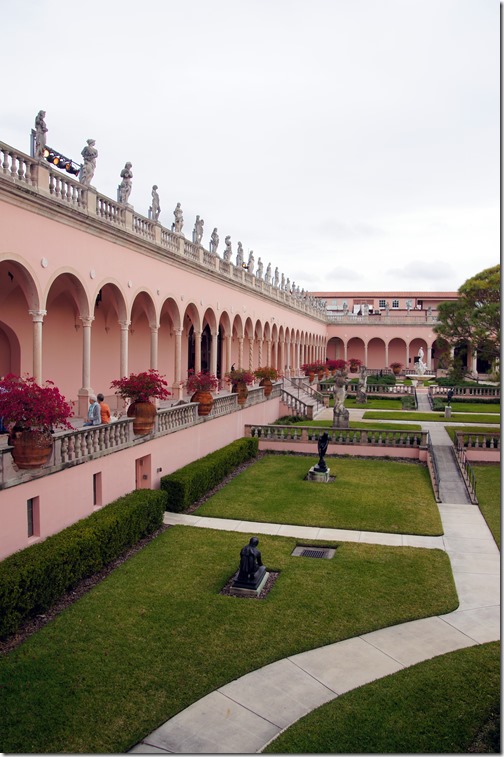 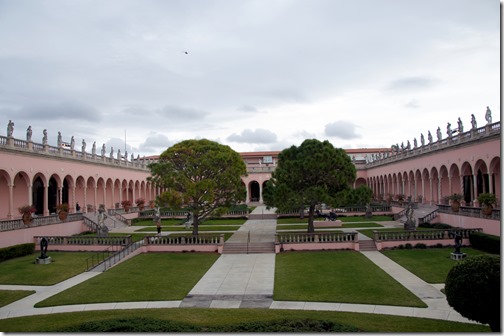 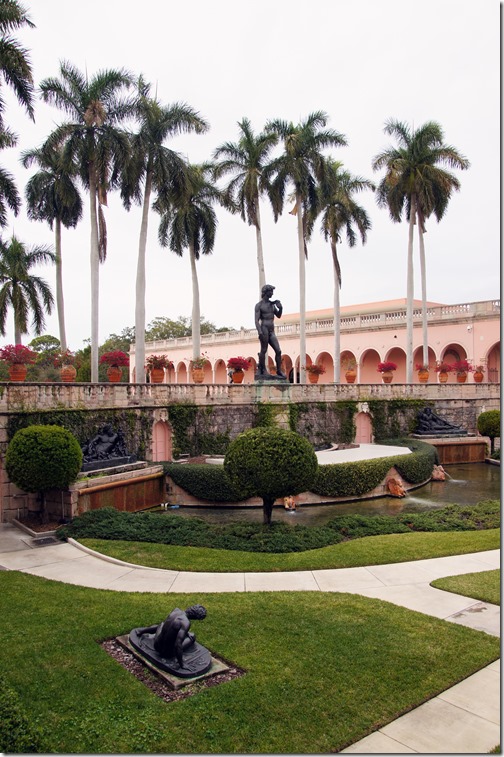 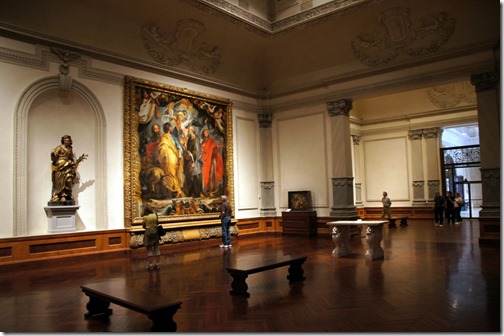 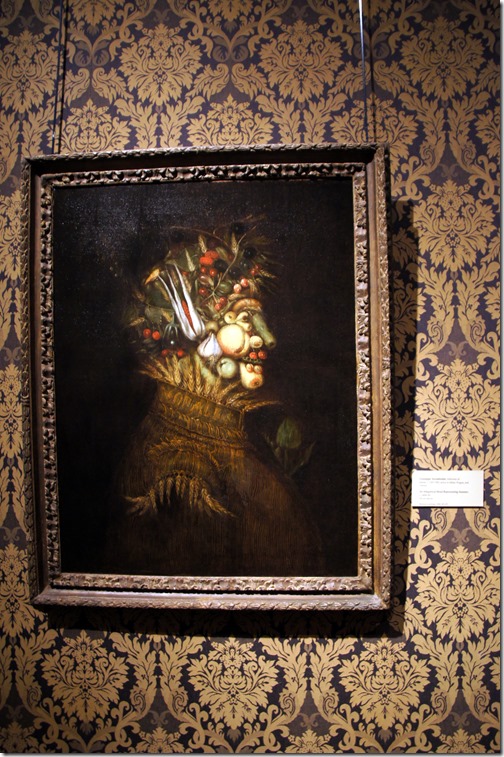 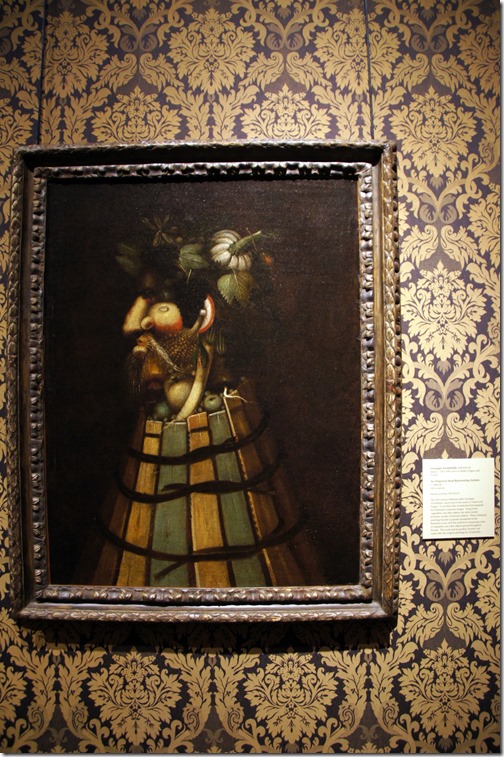 You buy one ticket to combine this with Ringling’s state and the Circus Museum, all great fun. A wonderful half day adventure in Sarasota.