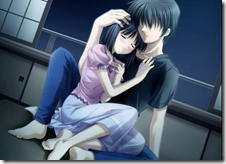 This fifth part is about cultural relatedness – how well do those in cross cultural relationships relate to their partner’s culture.

I used to live and travel in different countries. It’s very easy to me to relate to his culture.

when I was young, well, about ten years ago…I loved Japanese idol until now. So I learned Japnese and culture, I believe it’s easy. and he have been learnt Chinese and Lived in  Kaoshiung 3 years. So I think it’s easy, too.

I do not understand his culture much. I love when he explains things to me. I want to read up on his culture.

No, it was extremely difficult for me to relate to Fijian culture. I do not know yet how he will relate to my culture because he has not visited America yet.

its difficult for my bf to relate to my diet habits, because he doesnt eat animal organs. I think this is the only problem…

it’s definitely easier for me to relate to his culture, since i’ve been living in canada for the past 8 years. he’s never been to asia, never really likes chinese food, i’m sure his first trip to asia would be a eye-opener to him!

not easy for me.  easier for my wife to relate to western culture.

For me, it could be easy as I consider myself quite adaptable. For her, more difficult, Chinese people are generally over-sensitive about food and health.

I think it’s easier for him to relate to my culture because he’s living in America, going to an American university, and is surrounded constantly by Americans and English. He’s only been in America 3 years though, so he’s learning to relate more and more. I can relate a little to Chinese culture because I spend a lot of time with Chinese people at my university, and I have had Chinese roommates before. I also have traveled to China (not with Matt) two times, though the longest I have stayed has only been two times. I also am not fluent in Chinese, and because language and culture are so intimately connected, I feel he has the advantage as far as relating goes — however, that also means he has a lot more work than I do.

Yes, it is relatively easy for me. For him is more difficult because I come from a more aggressive culture and he is not use to the level of aggression that you find everywhere.

It is not difficult to relate to each others culture. We’re both from a modern urban environments (London/Taipei), which is quite similar in most fundamental ways.

It’s easy because we have both lived in each other’s cultures for many years.

Between the two of us it isn’t a problem.  I think it’s harder for her family to relate to me, and vice versa. She’s fairly flexible in most things, and most of Taiwanese culture seems familiar to me as many things aren’t that different from African culture.  Things like ancestor worship, caring for older family members etc. I’m a white South African, but we grow up with a rich diversity of culture and language in South Africa.  And as a minority (unlike the experience of whites in America and Europe) we have to deal with and accept other cultures more readily as part of our daily existence.  So, being confronted by this in a relationship with my Taiwanese wife hasn’t been a problem at all.  It’s been easy to relate to her culture.

Yes, both ways as we’re naturally interested in different cultures, including languages, and have travelled a lot.

Generally it’s not too hard. (Taiwan v.s US) But some spiritual thought he can only "learn" as theory, still different. For example, my family are Buddhists and vegetarians who don’t eat "The five forbidden pungent roots". My partner can never understand about this, even though it’s important in my culture. I can’t explain why for my poor knowledge of Buddhism (for me it’s believe, not knowledge).

Not that hard for us since we are both Asian. There are more similarities than differences between our cultural backgrouds.

Yeah, it’s easy for both of us, due to our previous experiences as aforementioned, as well as due to the open-mindedness we both have about such things.

It is easy for me to realate to his culture because I’ve been lived in America for six years already. I have exposed to American culture. However, it would be hard for him to get used to traditional Chinese culture simply because he doesn’t have the same experience like mine.

Somewhat.  We both enjoy eating lots of meat, and have strong family sense and values.  However, in terms of relating to my family, he finds it challenging since they are pretty conservative.

At first it was very difficult for me to relate to Taiwanese culture, but the longer that I live in Taiwan, the more I understand how many of our early relationship problems were just small misunderstandings that came from differences in language or culture. I think it’s much easier for him to relate to American culture, as he has some exposure to it through popular media and even from English classes. I don’t feel like we’ve had a lot of problems with him not understanding American customs, except possibly why I think certain holidays are very important. It’s been difficult for me to relate to his religious customs and accept the very strong family hierarchy, but it’s getting better. I think it just takes time.

yeah somewhat easy. I think the fact that we are both Asian people that make the differences not as big as couples who are for example european/asian. And also, mostly it’s because he’s been living in Singapore(where there are a lot related to Chinese culture) for 2 years, he is pretty familiar with Chinese society even it’s still some different from Taiwan. And I found there’re pretty much similarities between Sri Lankan culture and Taiwanese culture actually…(like their society relatively conservative, their wedding custom, etc.)

For me it’s not very difficult, because I take an Interest in chinese culture. And even so, my partner is not very strongly involved in the local chinese culture. She is, much more than her friends for example, oriented towards a similar culture as mine. This is also why it’s not very complicated for her to relate to my culture.

Its not easy sometimes but we respect each other culture and love to discover it. For example, I am very advanturous towards different food and cusine; on the other hand, my partner, as a German, isnt very curious toward foreign food.  But my partner will take a very slow step to try and if he likes it, he is willing to eat more 🙂 However, I also tell my partner, he doesnt have to try if he doesnt want to, and he is ver happy that I am willing to try whatever I am curious of :))

it’s easy for both of us. I’d lived in the Czech Republic for some years He lived in China for a year and constantly contact Chinese culture.  In addition, Taiwan is influenced by western culture a lot, for example, American. So, it’s easier to understand my culture for him.

Yup, because I used to live with host families in Japan and pretty much ‘am’ Japanese half-the-time, and yes, because he understands the Australian culture more than the Chinese now… which is kinda sad.

It is very easy for me to relate to my partner’s culture, because it is also mine to a great extent -we were both brought up in Britain(although in two different regions). He can relate to mine relatively well, after some great explanation from me.

Yes, as we both have strong family units world over. Only our dress code, religion, food and language differs. Otherwise, we stress a lot of importance on the good values such as respect, support, communication and compromising which we would have expected of our selves if we were in a same race marriage. The differences mentioned require a lot of time but even in my own culture, it took us time to adapt to, as i am a british asian who has been exposed to many western customs yet have many tradtional values from back home.

I find lack of logic difficult to understand.  Partner finds adherence to rules and laws uncommon in their country

No. Expectations always get in the way. Mass media and it’s pillaging pixels.

i think it’s equally difficult to relate to each other culture because we both live in diasporic communities in a multicultural environment and so at moments when we think each other should behave like cosmopolitans, our culture influences sets in. we are so defensive of our own culture and always feeling like the other party doesn’t understand. especially me. but he has been very accepting and interested in learning about my culture but i’ve been resistant because his involves religion which im not interested in being involved in. but we manage.

His culture is Jewish American as he was born and raised.  Mine is Buddhist Taiwanese and Catholic Canadian as I was born Taiwanese, raised Canadian, but choose to be Atheist.  Being born in one culture does not mean you ARE that culture.  You can pick and choose which cultural traits you want to adopt into your own life; same goes for whichever culture you were raised in.

its difficult for both, we try to explains each other about our culture and hope they can understand it, and perhaps follows.