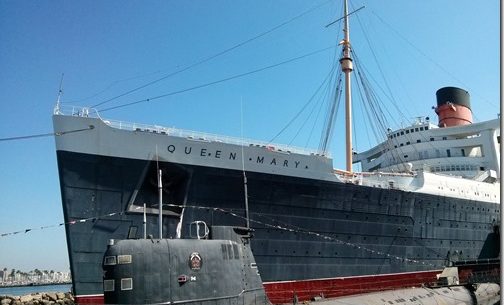 Long Beach doesn’t have what you’d call prime attractions, especially in comparison to the nearby Los Angeles with its Getty museums (Getty Center & Getty Villa) and the Hollywood madness, but my local host did take me to see two little attractions in Long Beach that are worth sharing – the Queen Mary cruise ship and the Rancho Los Cerritos Mexican ranch.

Once the grandest cruizeship but now a hotel and entertainment center, it’s worth coming in to have a quick look. 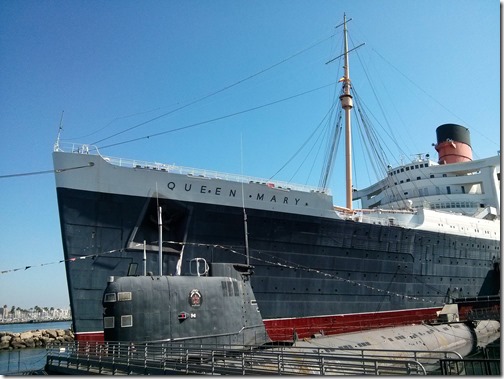 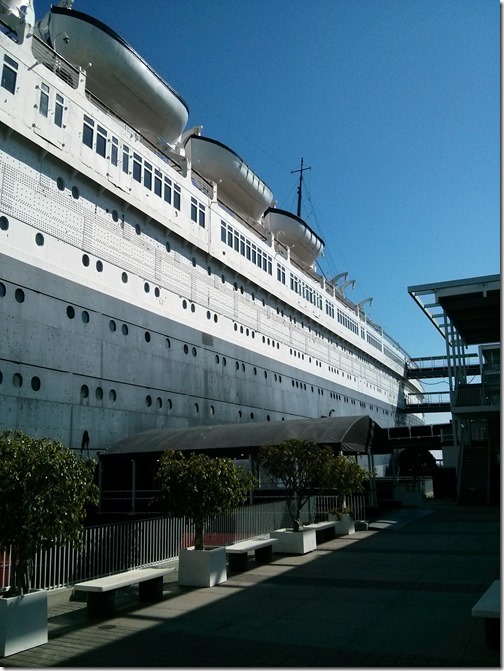 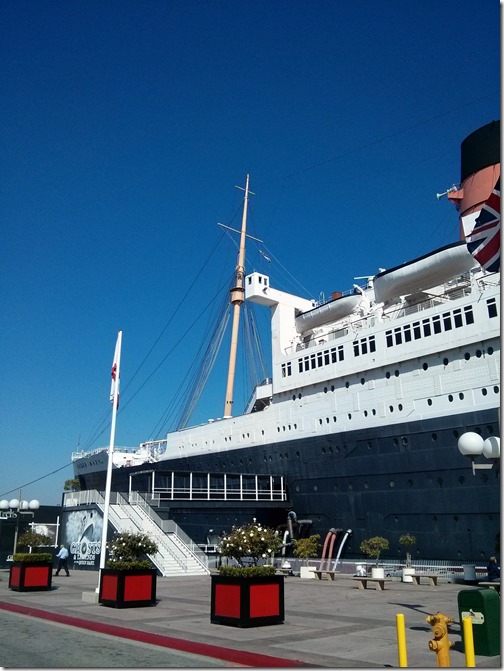 Wikipedia has this for the history of this massive cruizer:

RMS Queen Mary is a retired ocean liner that sailed primarily in the North Atlantic Ocean from 1936 to 1967 for the Cunard Line (known as Cunard-White Star Line when the vessel entered service). Built by John Brown & Company in Clydebank, Scotland, Queen Mary along with her running mate, the RMS Queen Elizabeth, were built as part of Cunard’s planned two-ship weekly express service between Southampton, Cherbourg, and New York City. The two ships were a British response to the superliners built by German and French companies in the late 1920s and early 1930s. Queen Mary was the flagship of the Cunard Line from May 1936 until October 1946 when she was replaced in that role by Queen Elizabeth. The vessel also held the Blue Riband from 1936 to 1937 and then from 1938 to 1952 when she was beaten by the new SS United States.

Queen Mary sailed on her maiden voyage on 27 May 1936 and captured the Blue Riband in August of that year; she lost the title to SS Normandie in 1937 and recaptured it in 1938. With the outbreak of World War II, she was converted into a troopship and ferried Allied soldiers for the duration of the war. Following the war, Queen Mary was refitted for passenger service and along with Queen Elizabeth commenced the two-ship transatlantic passenger service for which the two ships were initially built. The two ships dominated the transatlantic passenger transportation market until the dawn of the jet age in the late 1950s. By the mid-1960s Queen Mary was ageing and though still among the most popular transatlantic liners, was operating at a loss.

After several years of decreased profits for Cunard Line, Queen Mary was officially retired from service in 1967. She left Southampton for the last time on 31 October 1967 and sailed to the port of Long Beach, California, United States, where she remains permanently moored. Much of the machinery including two of the four steam turbines, three of the four propellers, and all of the boilers were removed, and the ship now serves as a tourist attraction featuring restaurants, a museum, and hotel. The ship is listed on the National Register of Historic Places. The National Trust for Historic Preservation has accepted the Queen Mary to be part of the Historic Hotels of America.

The ranch has free guided tours that pretty much leave when you feel like it. The tour goes through the house and various rooms and tells you about the background and history of the place as well as the family who lived there. 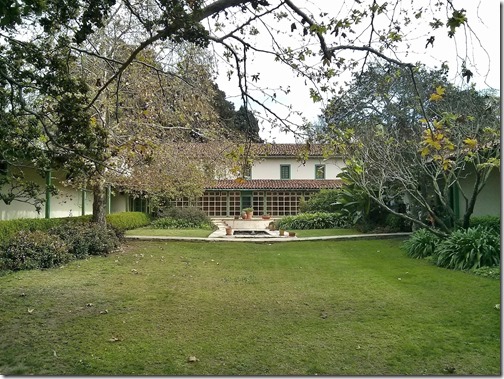 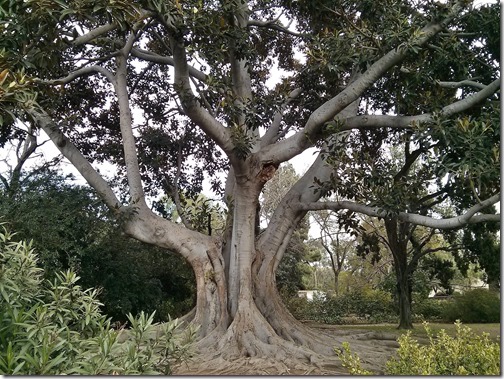 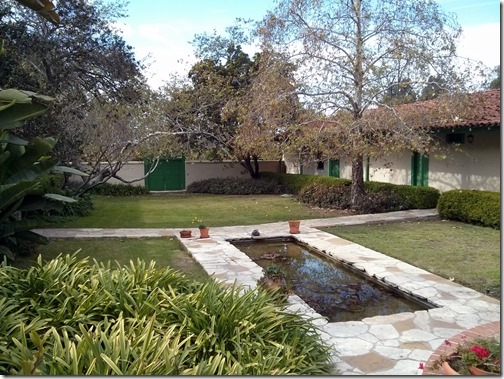 The structure, a Monterey Colonial adobe, was built in 1844 by merchant Jonathan Temple, a Yankee pioneer who became a Mexican citizen. The house was once the headquarters for a 27,000-acre (110 km2) ranch; the major activity on the ranch was cattle and sheep.

The land was part of the 167,000-acre (680 km2) Rancho Los Nietos land grant to Manuel Nieto that was eventually divided into six parcels, one of which was Rancho los Cerritos. In 1843, Temple purchased the rancho and built the adobe house in 1844 as headquarters for his cattle operations. In 1866, Temple sold the rancho to Flint, Bixby & Co. which converted the ranch from cattle to sheep. Jotham Bixby, the brother of one of the company’s founders, managed and resided at the ranch from 1866-1871. Jotham Bixby, known as the "father of Long Beach", eventually purchased the property for himself and raised seven children at the adobe. One of Jotham’s children who was raised at the ranch house was Fanny Bixby Spencer, who later became known as a poet and pacifist.

Beginning in the late 1870s, Bixby began leasing or selling portions of the ranch, which became the cities of Downey, Paramount and Lakewood. Between the 1870s and 1920, the adobe fell into disrepair. In 1929, Llewellyn Bixby (Jotham’s nephew) purchased the property, and made extensive renovations to the house, including plaster cement coating, a new red-tiled roof, electricity, plumbing, fireplaces, a sun porch, new floors and much of the landscaping. Llewellyn Bixby died in 1942, and the family sold the house to the City of Long Beach in 1955. The City turned the house into a museum dedicated to educating the public about California’s rancho period.

Let’s go in and see the rooms… 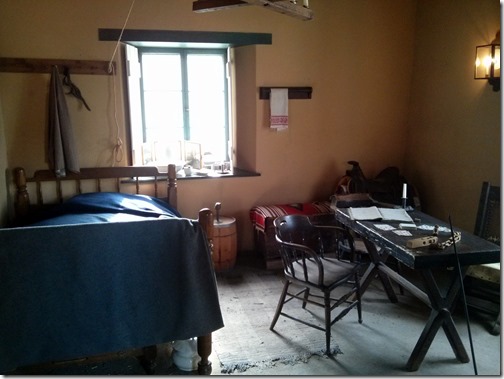 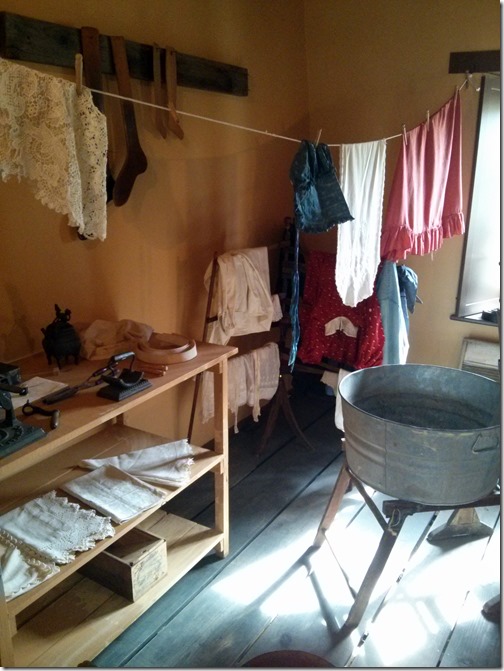 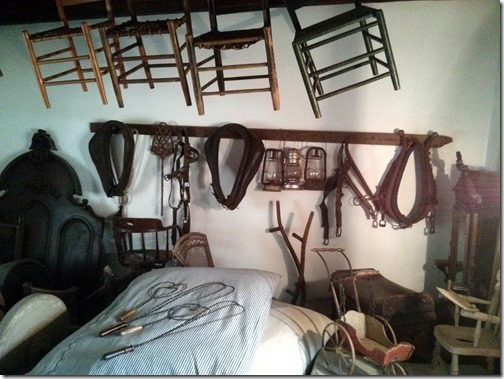 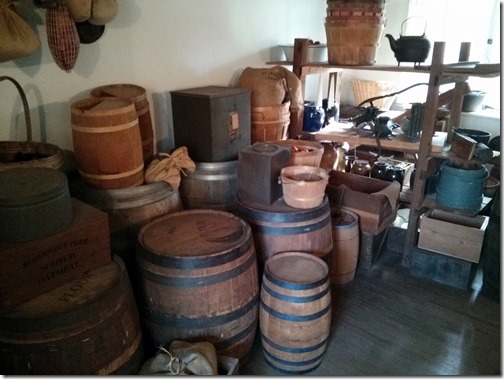 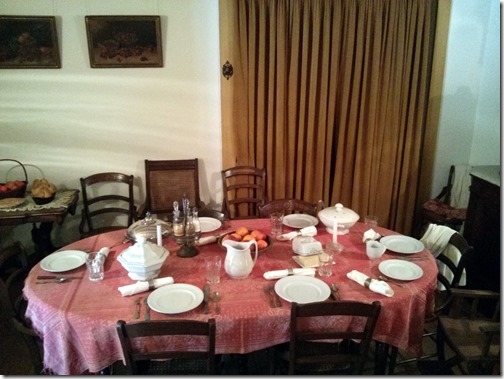 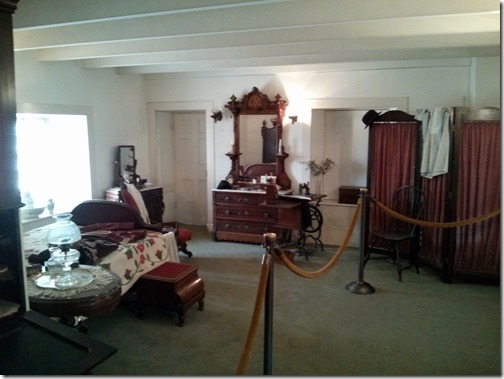 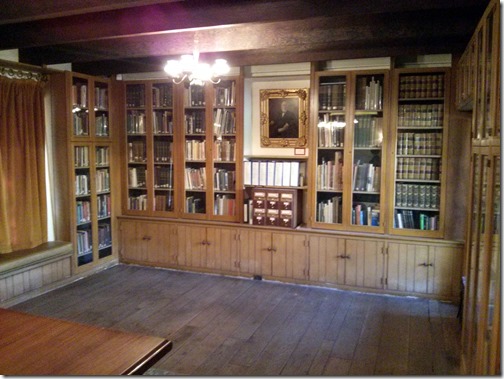 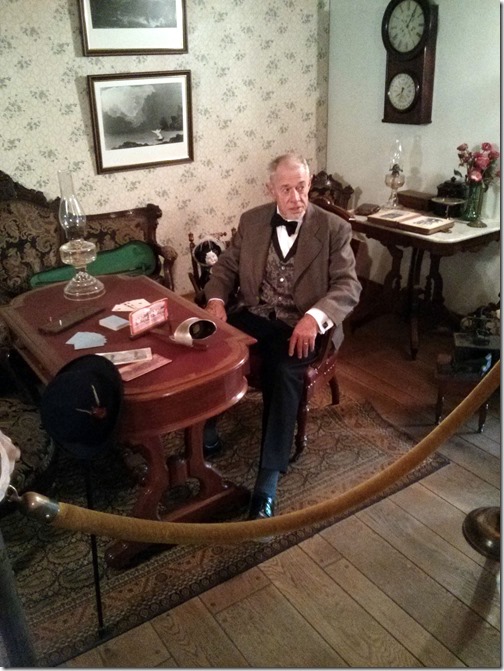 Some of the tourguides even dress up according to the period.

The amazing thing about this whole place is that it’s free, all based on local volunteers.

If you’re based in Long Beach or visiting for a conference and got a spare couple of hours, these are two options for you to consider. 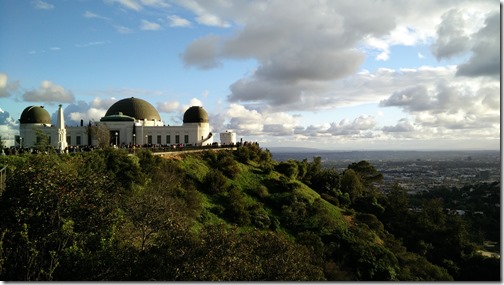 Looking for stunning views of Los Angeles from above? On one of my previous visits to Los Angeles I suggested the wonderful world-class Getty Center. But, if art isn’t exactly your thing and you’re perhaps more into astronomy, or just

Read More about Griffith Observatory : Scenic views of Los Angeles from above
0 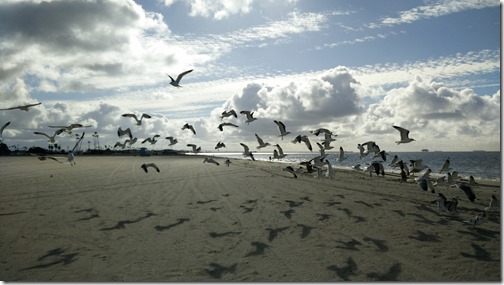 Los Angeles has some wonderful beaches, and Seal beach is a prime example for a great beach not too far away from town. In my last conference visit to Long Beach I found affordable accommodation between Long Beach and Seal 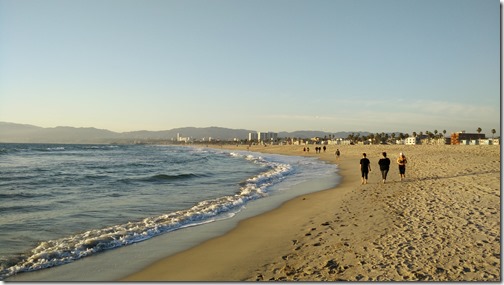 Los Angeles has some great beaches and each beach has a somewhat different style and targeted at different populations. Venice Beach, to me, feels like the hippie laid-back joint. A great boardwalk, lots of crazy little shops, snack booths, cheap