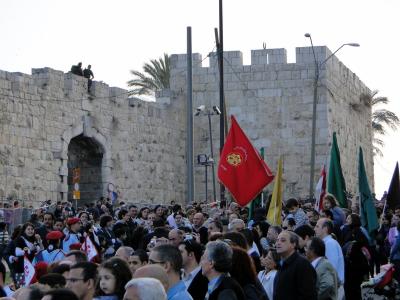 What is Palm Sunday? Glad you asked… I wasn’t sure either (here’s from Wikipedia, bold not in original text)

Palm Sunday is a Christian moveable feast that always falls on the Sunday before Easter Sunday. The feast commemorates an event mentioned by all four Canonical Gospels (Mark 11:1-11, Matthew 21:1-11, Luke 19:28-44, and John 12:12-19): the triumphant entry of Jesus into Jerusalem in the days before his Passion. It is also called Passion Sunday or Palm Sunday of the Lord’s Passion.

In many Christian churches, Palm Sunday is marked by the distribution of palm leaves (often tied into crosses) to the assembled worshipers. The difficulty of procuring palms for that day’s ceremonies in unfavorable climates for palms led to the substitution of boughs of box, yew, willow or other native trees. The Sunday was often designated by the names of these trees, as Yew Sunday or by the general term Branch Sunday.

According to the Gospels, before entering Jerusalem, Jesus was staying at Bethany and Bethphage, and the Gospel of John adds that he had dinner with Lazarus, and his sisters Mary and Martha. While there, Jesus sent two disciples to the village over against them, in order to retrieve a donkey that had been tied up but never been ridden, and to say, if questioned, that the donkey was needed by the Lord but would be returned. Jesus then rode the donkey into Jerusalem, with the Synoptics adding that the disciples had first put their cloaks on it, so as to make it more comfortable. The Gospels go on to recount how Jesus rode into Jerusalem, and how the people there lay down their cloaks in front of him, and also lay down small branches of trees. The people sang part of Psalm 118 – …Blessed is He who comes in the name of the Lord. Blessed is the coming kingdom of our father, David. … (Psalms 118:25-26). Where this entry took place is unspecified; some scholars argue that the Golden Gate is the likely location, since that was where it was believed the Jewish messiah would enter Jerusalem; other scholars think that an entrance to the south, which had stairs leading directly to the Temple, would be more likely (Kilgallen 210). 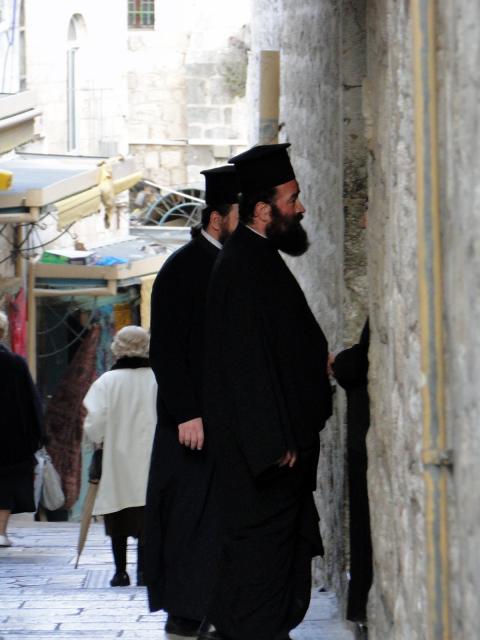 And so, if you head to the northern-western side of Jerusalem’s old city, just around where the entrance is to the Christian quarter, you’re likely to come across some massive celebrations.

The Washington Post (through AP) reports this year’s events with “Christians mark Palm Sunday in Jerusalem” :

JERUSALEM (AP) — Hundreds of Christians from around the world marched from the Mount of Olives into Jerusalem to mark Palm Sunday, retracing the steps of Jesus 2,000 years ago.

The pilgrims waved national and church flags and followed a white donkey, which according to Christian tradition was the way Jesus entered the holy city.

A few dozen Israeli police stood by, a small fraction of the forces on duty in recent weeks because of Palestinian unrest. There were no incidents in Jerusalem on Palm Sunday.

[…] Other pilgrims celebrated at the Church of the Nativity in Bethlehem, the traditional birthplace of Jesus, and in the Gaza Strip, home to a small Christian population.

"This day is not so much for celebration as a more somber remembrance," said 25-year-old Julia Fitzpatrick of Detroi, who lives in east Jerusalem and volunteers for a humanitarian nonprofit organization.

"What a lot of visitors who may have more distance may not see is that this is an important witness for the Palestinian Christian population and their traditions," she said.

The Christian population in the West Bank and Gaza have been dwindling for decades. Many have left for economic reasons and because of Muslim pressure. About 50,000 Christians live in the Palestinian areas, a tiny minority among about 4 million Muslims. Another 123,000 Christian Arabs live in Israel, about 8 percent of Israel’s minority Arab population.

[…] This year, the Roman Catholic, Protestant and Orthodox Churches mark Holy Week on the same dates. The Orthodox Church uses a different calendar from the others, but they coincide every few years.

Jerusalem does get a little bit sensitive and political, especially around religious holidays, but at times you just get the most surreal photos… 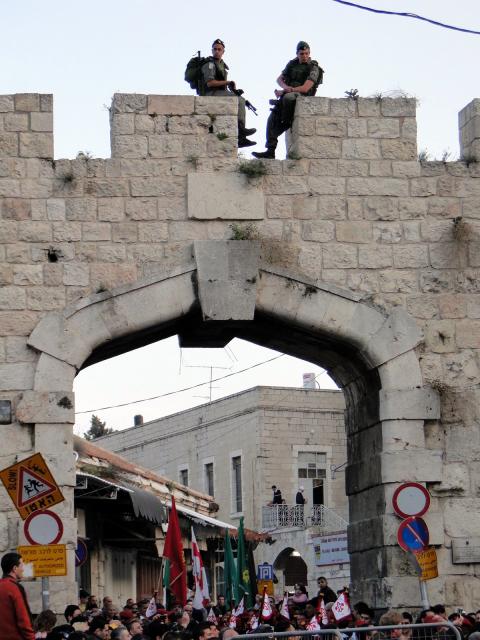 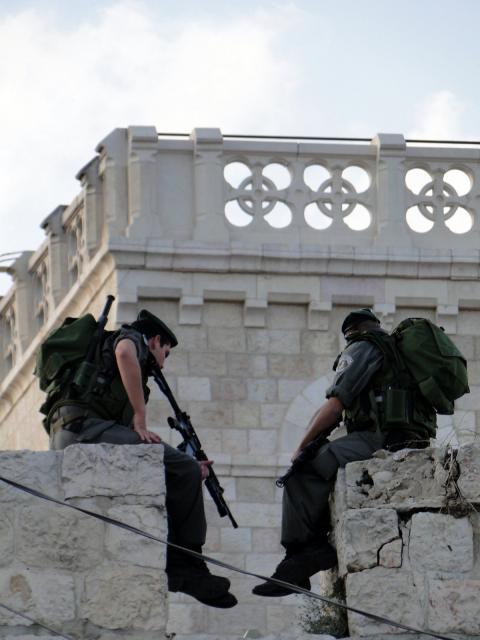 Either way, it’s an occasion worth seeing whether you’re Christian or not. If you know your way around the old city, there are some really nice spots from you to look down at the crowds from… 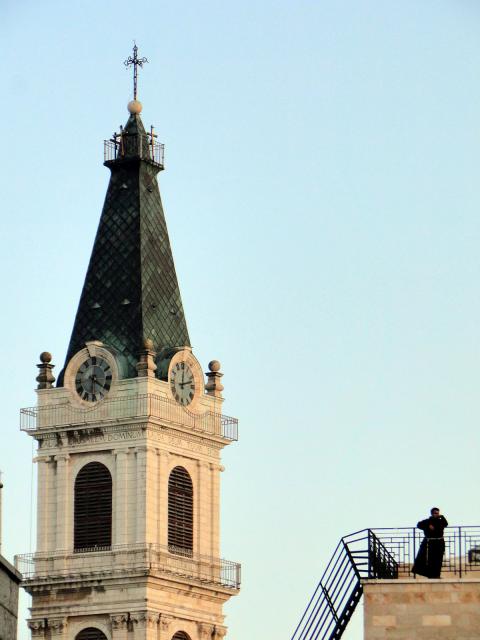 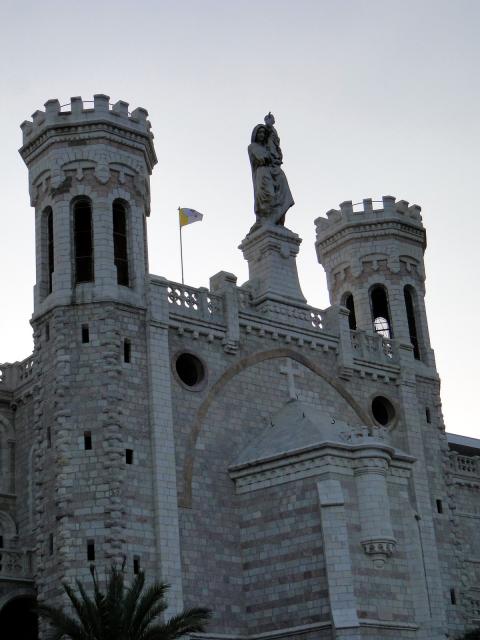 Palm Sunday marks off the start of th Holy Week for Christians. I have to agree, the best way to rekindle the story of Christ’s passion and death will certainly be Jerusalem.