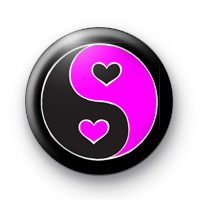 yes, I would never think that I will be part of Germany in the past and of course will never picture that I will learn German in my life.

Yes.  I am open to Jewish American ideas and teachings, however, I will not convert to Judaism.  I accept, I don’t follow.

Yes. I get the chance to live in somewhere else.

Haven’t had the time and opportunity to take full advantage. So far, it has mostly been about food and travel.

First: "a lot" is two words.  Yes, it is a wonderful learning experience, and you can experience things in life not experienced by most people from your own culture. Also, with respect to language, she is a handy walking dictionary when I am having difficulty in my translation work.

only language. lucky me bc i have been studying eng for several years and i am doing master degree in usa, so it seems to be normal to speak this language to a native.

being in a cross-cultural relationship doesn’t open my eyes to a new world as much as being actually living in a different environment. i think my experience living overseas itself gave me plenty of opportunities being exposed to a new culture and learning from it.

Not in terms of language, in part for reasons already explained.   In other areas, yes and no. Certainly I’ve learned a lot. And there are certainly things I think are fascinating about her culture that my wife finds ordinary and therefore uninteresting. But I think that too much can be made of marrying into another culture. It’s like when we got married: Everyone knew that there were dozens of important customs and rituals we needed to perform, but no one could agree on just what they were. A member of a culture is not all points within that culture … or constrained to just that culture. People are people. Their culture does not determine everything that they are, nor should people approach life as if culture were nothing but on object of reverence or irrelevance.

I think I’ve taken advantage of it. I’m involved with her family, accompany her on family events and see her parents frequently (several times a week).  As a result, I also speak in Mandarin alot at home and with her famliy, which certainly has helped my acquisition of the language.  But this has happened naturally and hasn’t been something I’ve actually thought about. Basically, I treat our relationship the same as if it was with a white English speaking South African girl.

Yes in my job, social relationship and personal development.

Advantage is that I know what the life is in China. I don’t really think that an advantage, it’s just something I know.

mostly about the food. Both we love cooking, so we share Asia, Europeon, and American food with each other and our families.

yes.At least, I have been visit several countries,but cost much money T_T

For my case, there are both advantages and disadvantages.  In Thai society, most economic/political powers are handled by those Chinese Thai. Maybe many of them can’t speak Chinese, they still will tell you where their ancestors are from: yes, China. Moreover, those Chinese Thai also keep similar tradition and customs as my culture, if I can speak Chinese, no matter mandarin or other dialects, they will show there friendlyness right away. It is easier for me to be noticed or remembers by Thai people.  The disadvantages is, I can’t speak Thai.  Although they are friendly, that doesn’t mean I am totally accepted; and in here, networking is very essential of people’s social lives.

Yes, full advantage, especially in past relationships. With my first Chinese GF I learned the language intensively, tried the food as often as I could, and later learned calligraphy, seal carving, cooking and so on.  This time the culture was no longer new to me.

sure, you just do it by living it.

I am not sure that I would view them as opportunities. I suppose that I have used them, however, I view them as more of my life. My life is just not the same as everybody else’s.

At first I didn’t. I took things too seriously and wanted to hang on to my own customs. I felt like accepting new customs meant giving up my own. But now I feel much more comfortable and am trying very hard to learn more. There’s no harm in trying something new, and everything I learn about Taiwan can help me understand my boyfriend a little bit better.

yes ive learnt my partner’s mother tongue and it has helped me a lot in other aspects of my lives like at international conferences, etc. i’ve also learnt a lot about latin american culture, taken a lot more interest in the history, music and people and travelling to visit these countries. in my part of the world, people have almost very little contact with the latin american world so i think i’ve benefitted a lot.

I do agree open up new customs,culture,people…  Before I met my boyfriend,I had never been abroad,he lives in the US,I live in Taiwan.I flew to the US for meeting him few times.I saw a lot of new things,that was quite a BIG lesson to me.  Becouse of him,I started to pay some attention on news of the US,and someother countires’ news.

we take advantage of all new adventures through life that we can.  some do not always work out, but most do.  it helps to make life a little more interesting.  we have christmas followed by lunar new year, what could be better.

Yes absolutely. I lived with his family for five months and his mom considered me a daughter. I was really fully immersed in his culture.

new customs, culture and people…interesting and keep you adapted to new environment language…sometimes it’s most difficult part in the relationship..because of this relationship, you must work hard and learn quick on new language…

With a person supporting me, I feel that I have more confidence to push restrictive boundaries set by my parents, that I might not have questioned had I dated someone in a similar culture who also chose to simply abide by these customs. However, I don’t think that this is entirely due to my being in an interracial relationship with a guy of different values, but simply that I am with someone who can support my plights.

There were some things which happened in our household before i was married with private friends but not as a community. For example, men and women ate together on the dining table or when having a b-b-q. But when other members we were not close to, we had to eat separately. In my new household, we eat together regardless of whether i had previously known them or not. We are very intrigued by language and history and this way we learn about each others language and have fun doing so. But some things will not change, for example, we will strictly eat halal food but when we are in a gathering where there is no halal food, we will go vegetarian. Opportunites which arise, we make the most of them there and then.

Yes, for example, right now we live in another Spanish speaking country and I have a higher level of tolerance to the differences within our host culture.

yes, by learn their language to understand the culture better

Nitzan – only 11. Posted the summary post yesterday. Hope you find it interesting and insightful.