Across the street from the Flagler College is a cute little antiques museum. The former Spanish Renaissance style Hotel Alcazar, dating back to the 1887, it is a beautiful structure for a museum. You can enjoy the very extensive Lightner collection while getting a glimpse of the former elegance and prestige the former Hotel offered the wealthy visitors.

There are lots of interesting things going on in the museum, so plan a couple of hours or more to really explore the grounds and the exhibits, but perhaps the most interesting one to me was their collection of old music boxes, or "Musical Mechanical Instruments". Haven’t seen many of those, and the museum keeps them in shape and running with a display of the instruments to visitors a few days during the day. 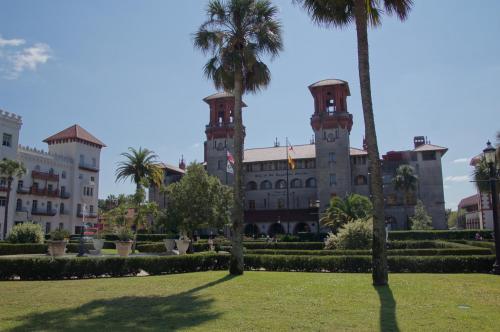 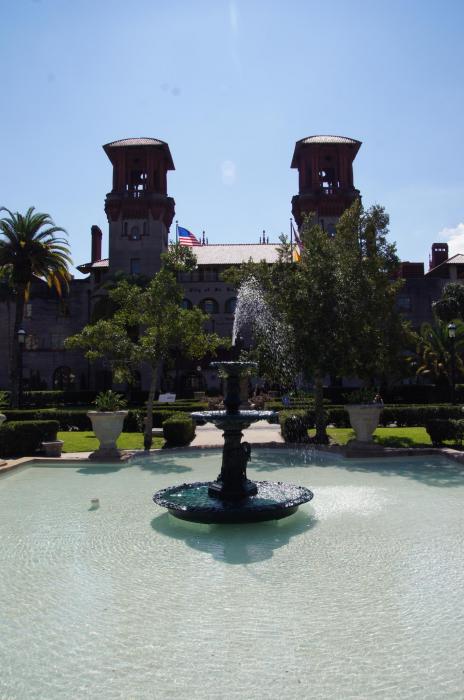 If you want to know more about the museum, Wikipedia has a good intro  :

The Lightner Museum is a museum of antiquities, mostly American Victorian, housed within a historic hotel building in downtown St. Augustine, Florida, USA. […]

The museum occupies three floors of the former Hotel Alcazar, commissioned by Henry M. Flagler to appeal to wealthy tourists who traveled there on his railroad, and built in 1887 in the Spanish Renaissance style. It was designed by architects Carrère and Hastings, who also designed the Ponce de León Hotel across the street (now part of Flagler College). Both buildings are notable as being among the earliest examples of poured concrete buildings in the world. These architects later designed the New York Public Library and the U.S. Senate office building. […]

The hotel boasted a steam room, massage parlor, gymnasium, and sulfur baths, as well as the world’s largest indoor swimming pool. However, after years as an elegant winter resort for wealthy patrons, the hotel closed in 1932. In 1946, Chicago publisher Otto C. Lightner purchased the building to house his extensive collection of Victoriana. He opened the museum two years later, and later donated it to the city of St. Augustine. […]

Back to the music boxes, here are videos of the various music boxes playing from the Lightner collection display :

Aside from this collection, there’s lots to see… 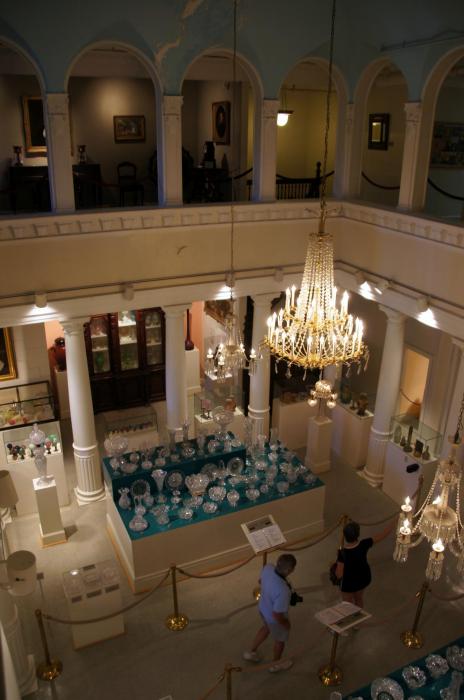 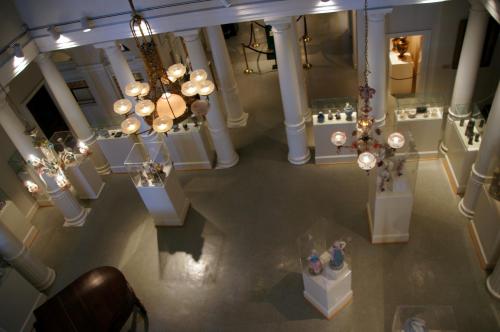 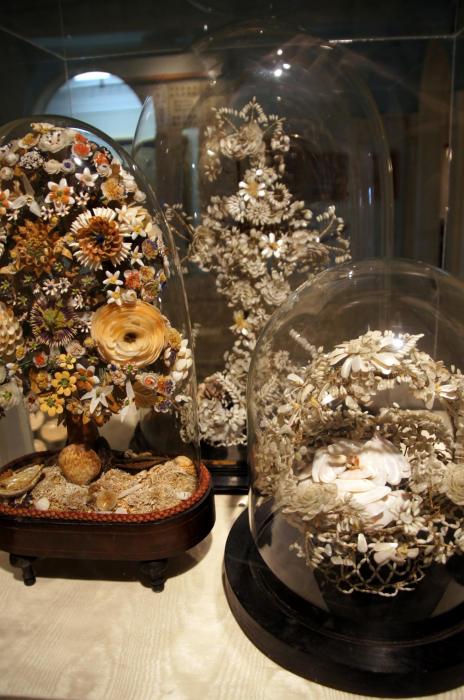 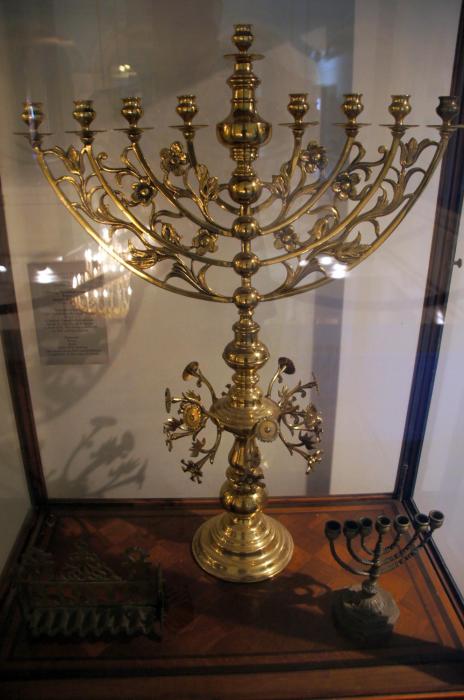 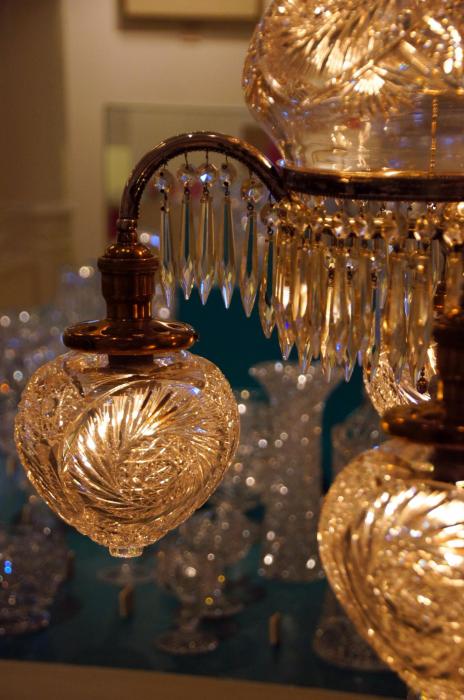 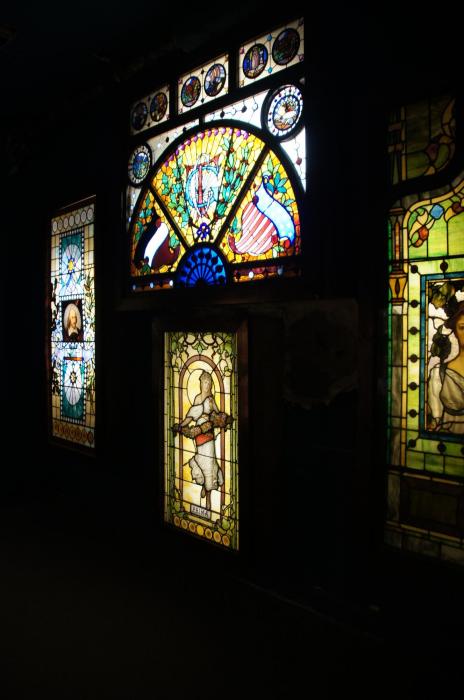 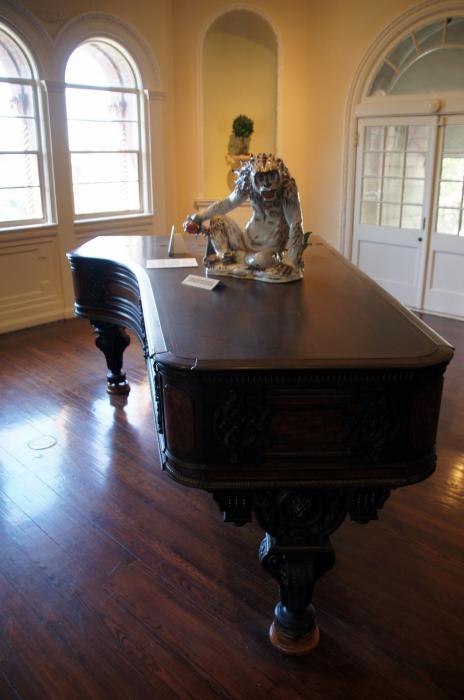 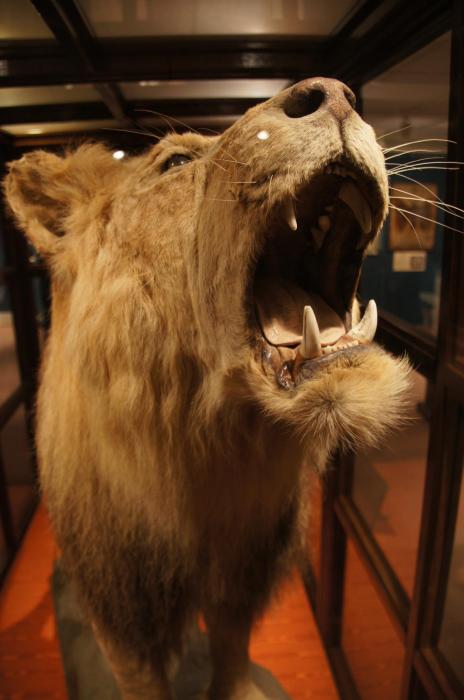 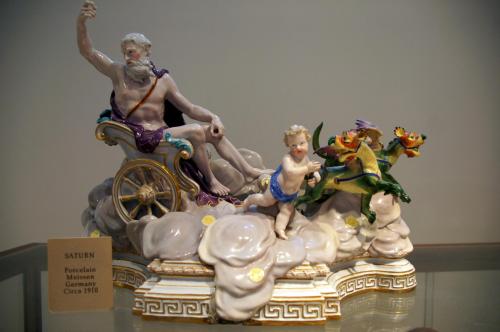 Good times in Saint Augustine. Be sure to visit if you’re in the area, and ask about the musical instrument collection display…