Acre (Akko), a historical town in northern Israel, is a terrific place to wonder around. It’s got a unique mix of different cultures and religions, with lots of different layers of history and a combination of interesting ancient architecture set on next to the scenic shores of the Mediterranean Sea. 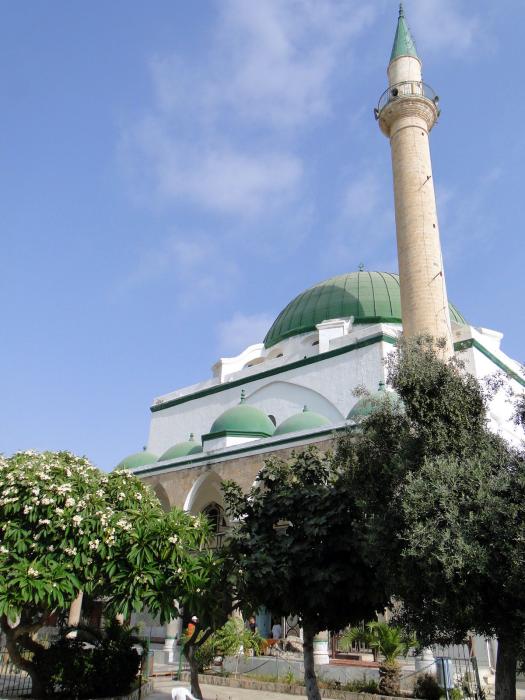 To know more about Acre and its unique beauty, this following video about Acre is well worth your 7 minutes:

We continue our tour of the gorgeous walled old city of Acre with a bit of what’s inside the walls… first up, the El-Jazzar mosque (in the first photo above).

Wikipedia has the introduction of the El-Jazzar mosque :

The Jezzar Pasha Mosque (Arabic: مسجد الجزار‎ Masjid al-Jazzar), also known as the white mosque, is located on al-Jezzar Street, inside the walls of the old city of Acre, overlooking the eastern Mediterranean Sea.

The mosque was the project of Acre’s Ottoman governor in the late 18th century, Ahmed al-Jezzar (the butcher) Pasha, who was equally famous for his cruelty, impressive public works and for defeating Napoleon at the siege of Acre in 1799. Jezzar Pasha ordered the mosque’s construction in 1781 and had it completed within the year; it was built over former Muslim and Christian prayer houses and other Crusader buildings. There is a tughra or monogram on a marble disc inside the gate, naming the ruling Sultan, his father and the legend "ever-victorious".

Adjacent to the mosque is a mausoleum and small graveyard containing the tombs of Jezzar Pasha and his successor, Suleiman Pasha, and their relatives.

Frommers offers a good overview of the insides:

Up the stairs, you enter the mosque courtyard. Your ticket will enable you to explore the complex of Crusader buildings, including a church (now flooded and used as cisterns) over which the mosque was built. Just inside the entry, mounted on a pedestal, is a marble disc bearing the tughra, or monogram, of the Ottoman sultan. It spells out the sultan’s name, his father’s name, and the legend "ever-victorious."

The arcaded courtyard around the mosque can be used for prayers during hot days of summer, as can the arcaded porch at the front of the mosque. The shadirvan, or ablutions fountain, opposite the mosque entry, is used for the ritual cleansing of face, neck, hands, and feet five times a day before prayers. You must slip off your shoes before entering the mosque proper. This is not merely a religious rule, but a hygienic one: Worshipers kneel on the carpets during prayer, and want to keep them clean.

Inside you’ll notice the mihrab, or prayer niche, which indicates the direction of Mecca, toward which worshipers must face when they pray. The galleries to the right and left of the entrance are reserved for women, the main area of the floor for men. The minbar, a sort of pulpit, is that separate structure with a curtained entry, stairs, and a little steeple. Around to the right are a mausoleum and a small graveyard that hold the tombs of Ahmed al Jezzar Pasha and his successor, Suleiman Pasha, and members of their families. The mosque is still used by Akko’s Muslim population, so when it’s in service for prayer (five times a day), you must wait until the prayers are over to enter the mosque (about 20 min.). 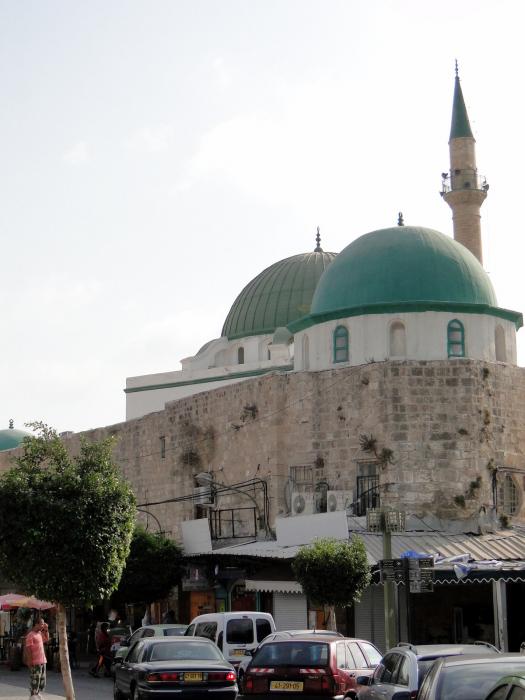 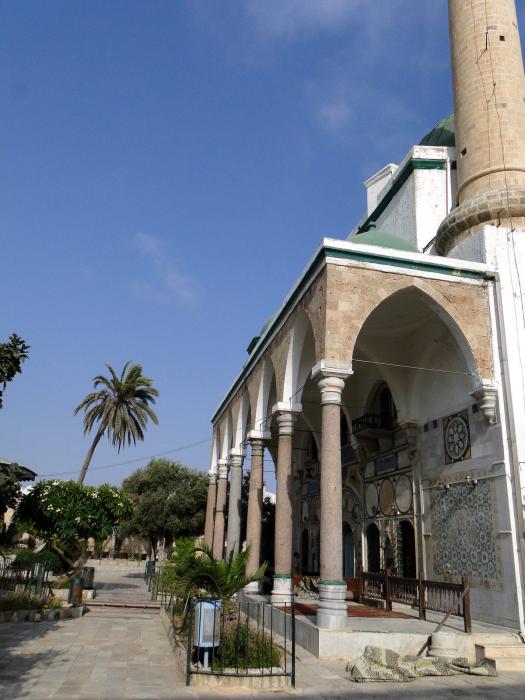 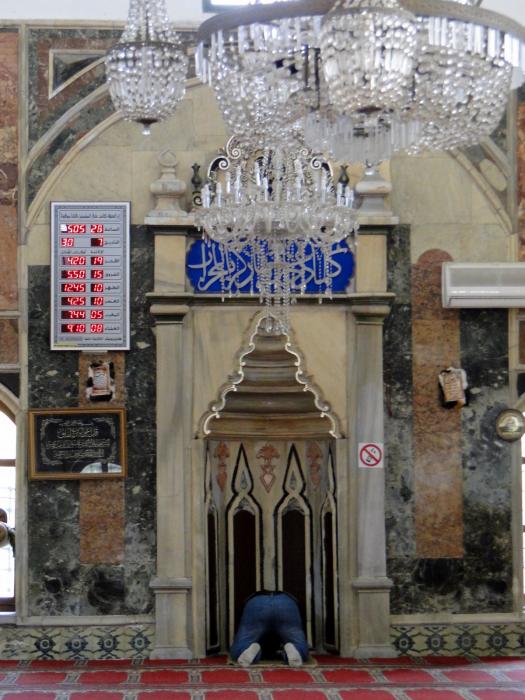 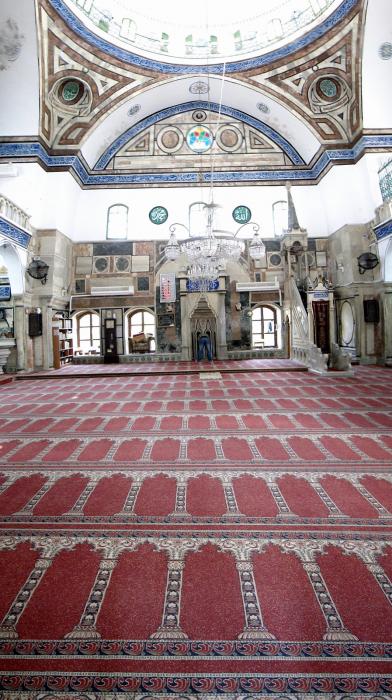 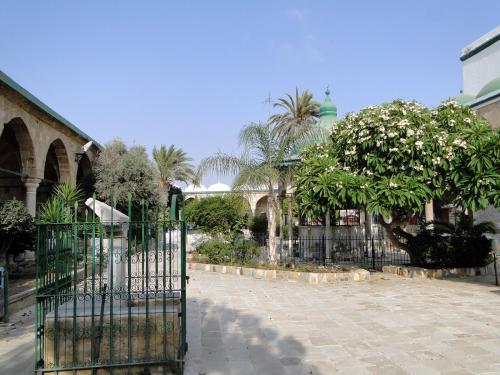 But specific buildings aside, it’s interesting to just walk around the narrow  alleys of the old city and observe the houses and local people. 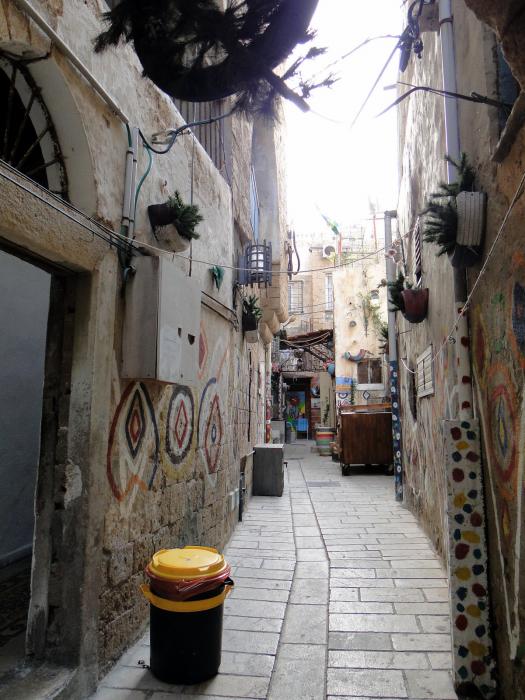 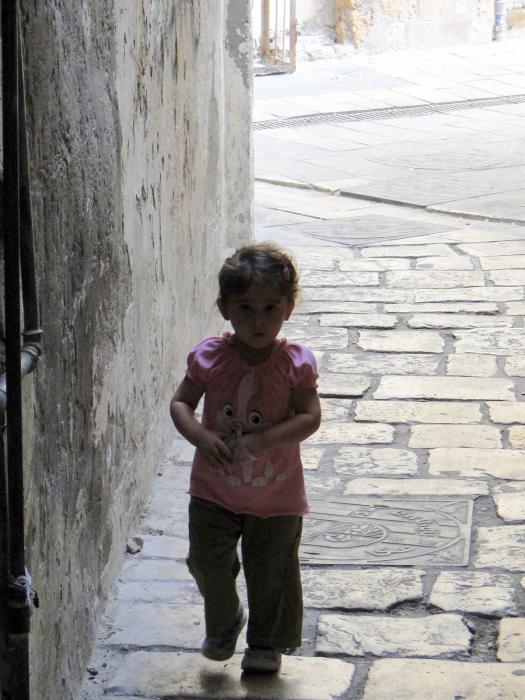 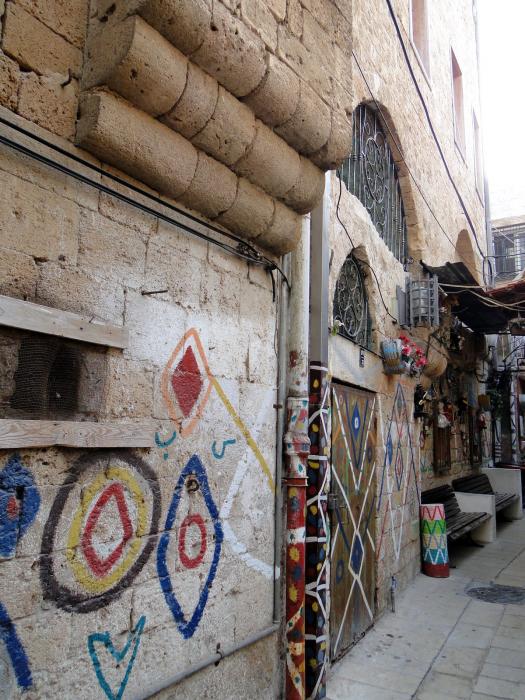 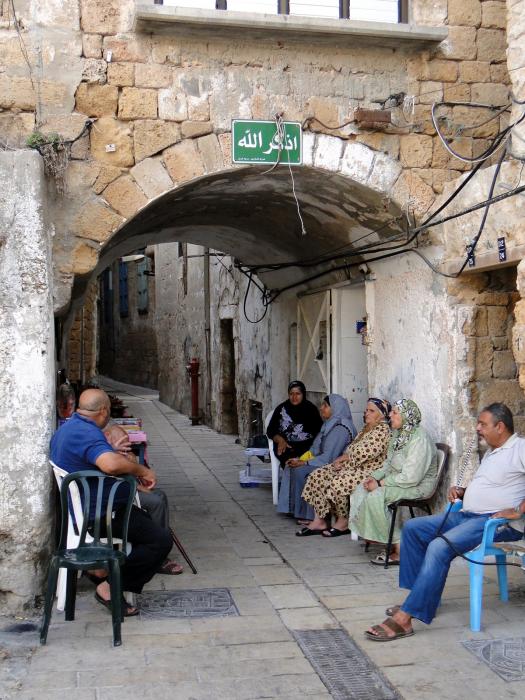 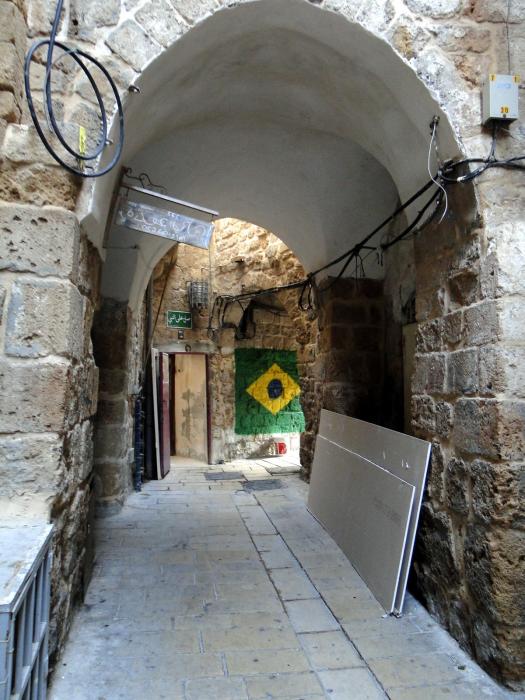 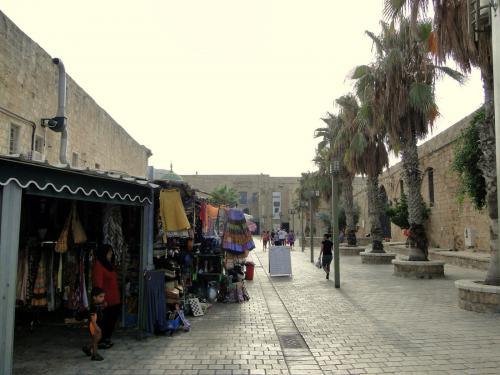 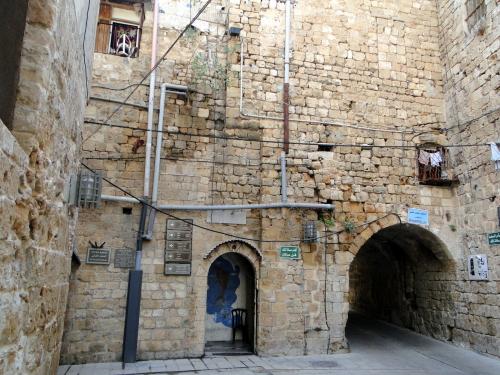 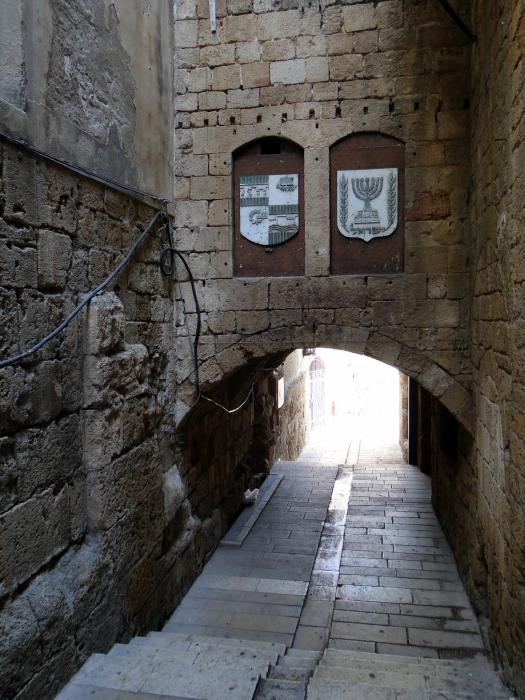 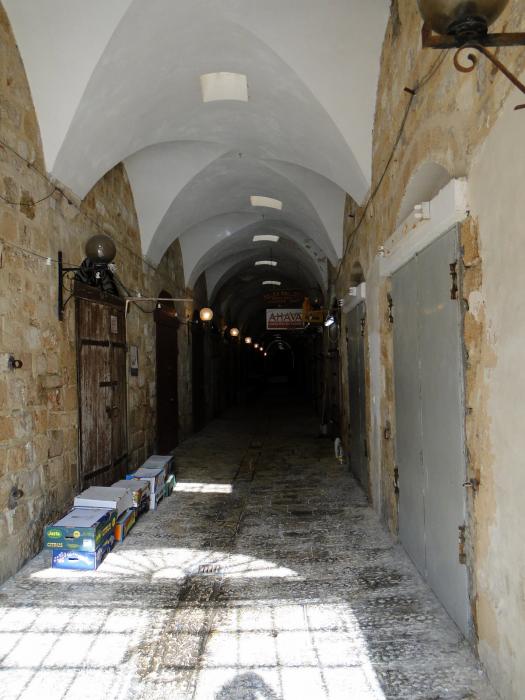 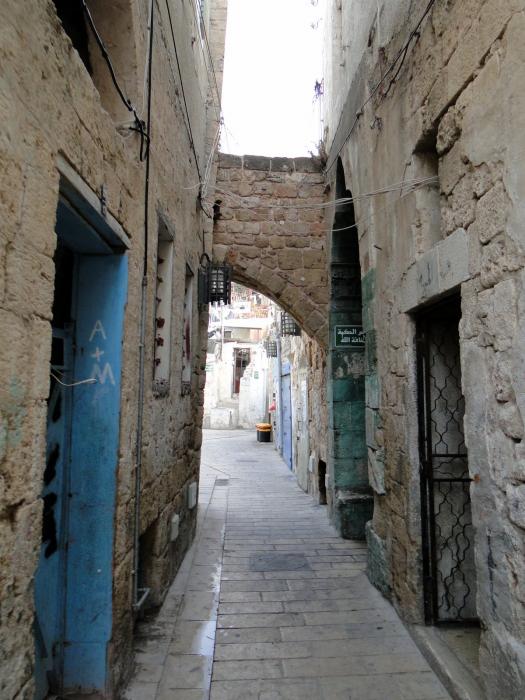 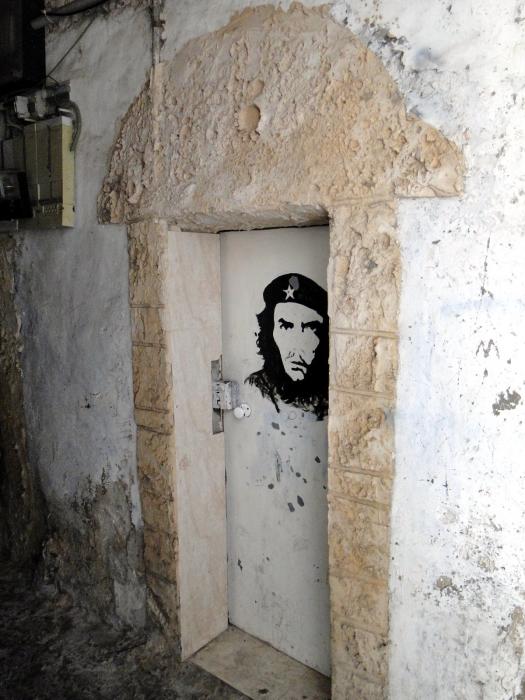 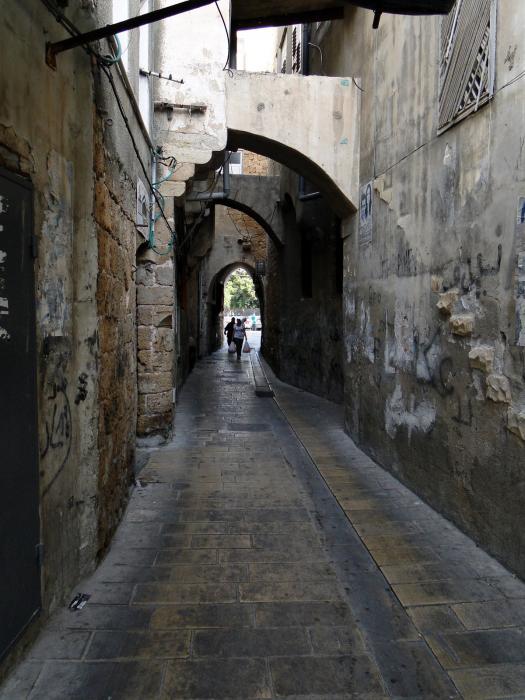 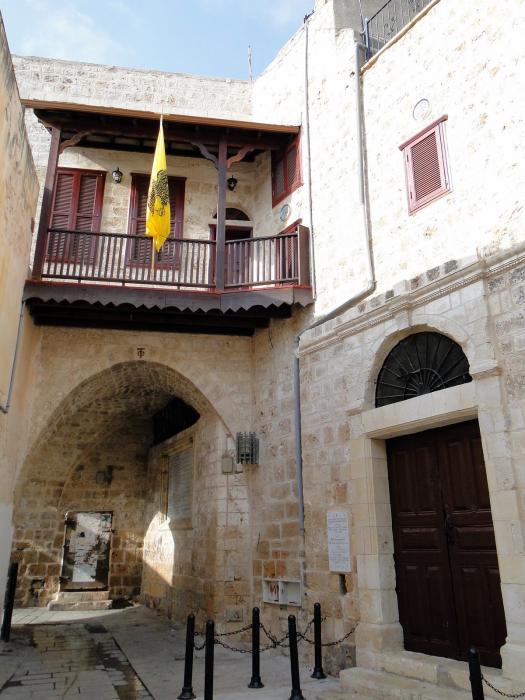 More info on the old city of Acre: