The Hong Kong Jewish community dates back as far as the British arriving in the area during mid 19th century. Some of the Jewish families, especially the Sassoons and the Kadoories, soon turned wealthy business entrepreneurs becoming prominent members of the expat Hong Kong community. The Kadoories are very much known in HK till this very day (see my visit to Kadoorie Farms). Forming a community in Hong Kong the Sassoon family established the first Jewish synagogue in 1870, which later relocated in 1881 to a different building that is still up and running, serving the Jewish community in Hong Kong.

Though I’m not observant, I’ve been to the synagogue a number of times, most recently with my father visiting Hong Kong, but since I usually visit on the holy Shabbat or some of the high holidays where picture taking is forbidden, I’ve never really had a chance to explore the place.

It’s a truly gorgeous Sephardic style synagogue, and in 1998 it received UNESCO recognition for restoration as a Grade I historic building. 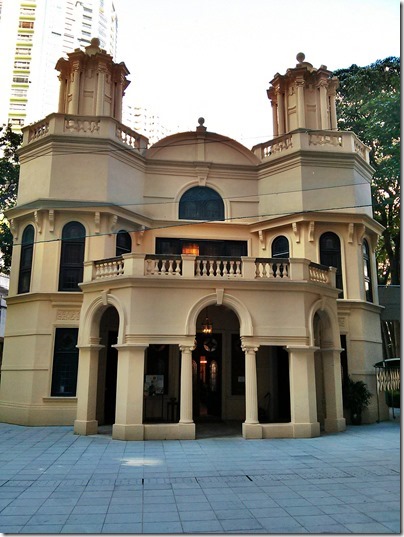 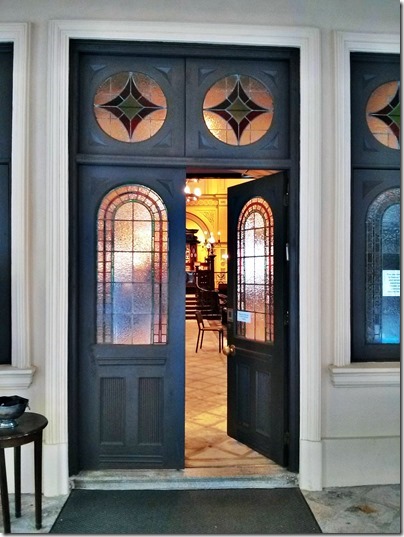 The official Ohel Leah Synagogue website has more on the place :

The Hong Kong Jewish Community was formally established in the 1850s in premises leased by the Sassoon family. The construction of Ohel Leah Synagogue (OLS) began with the laying of the foundation stone in 1901, by Abraham Jacob Raymond the senior member of E. D. Sassoon & Co, in a project initiated by the Sassoon brothers, Jacob, Edward and Myer. The initial structure was completed in early 1902 and formally dedicated by Sir Jacob Sassoon in commemoration of his mother Leah. […]

OLS is built in a colonial style and incorporates elements from the Edwardian free classical-style. The exterior is flanked by two impressive octagonal towers and the interior is based on a simple rectangular basilica plan with a relatively open floor plan. The polished Aberdeen granite columns, central elevated bimah enclosed by carved wood balustrades on three sides, and heavy, rich wood benches are reflective of our Baghdadi and Sephardic heritage. The women’s gallery, located on the second storey, runs along three sides of the sanctuary.

Significant wear and tear over nearly a century, as well as a series ofad hoc additions and alterations led to the decision to embark on a large scale restoration and conservation program. The project commenced in 1996 and was completed in 1998. A formal rededication ceremony was held on October 18, 1998. The restoration received anOutstanding Project Award in the inaugural UNESCO Asia-Pacific Heritage 2000 Awards. 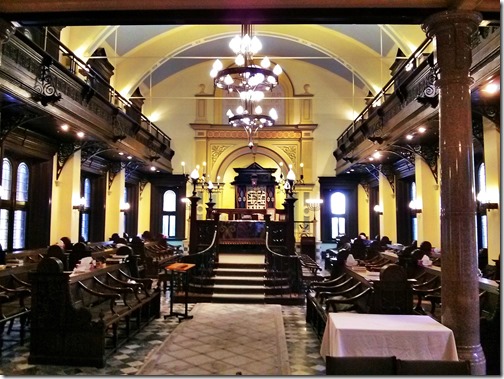 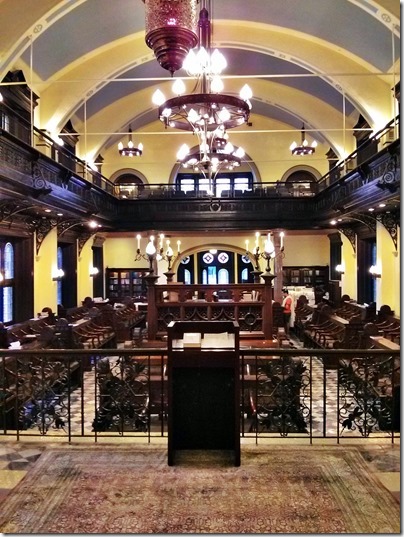 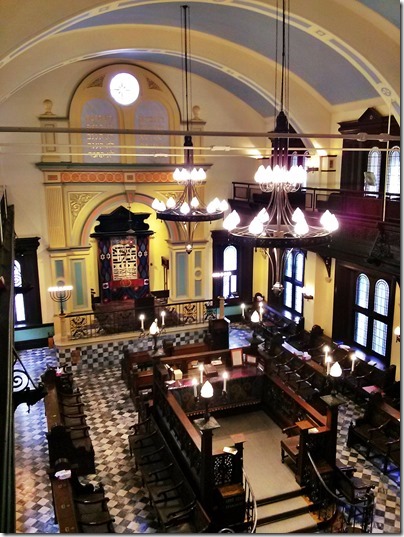 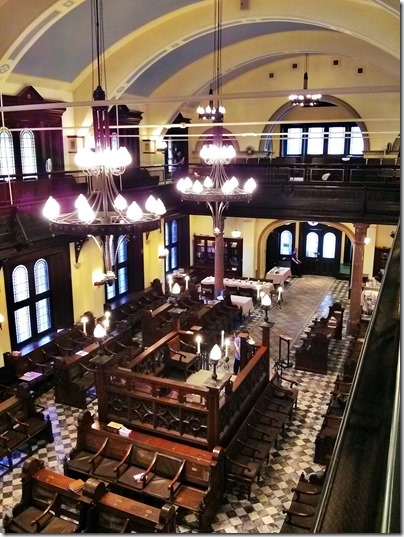 For those not familiar with Jewish traditions, this is where hand-written copies of the old testament are kept, only to be taken out during services for reading to the community… 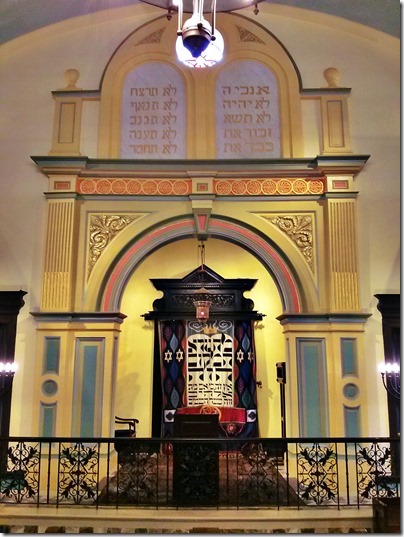 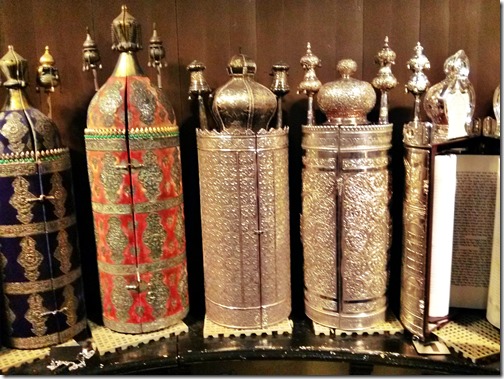 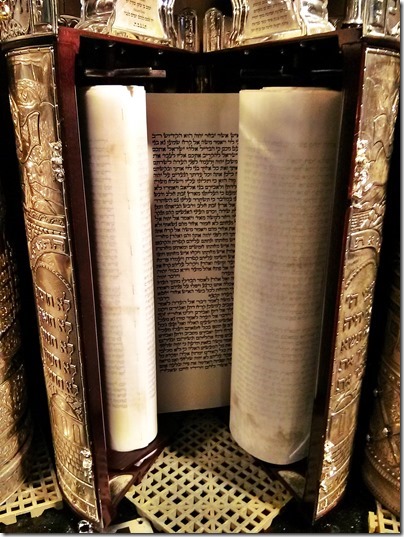 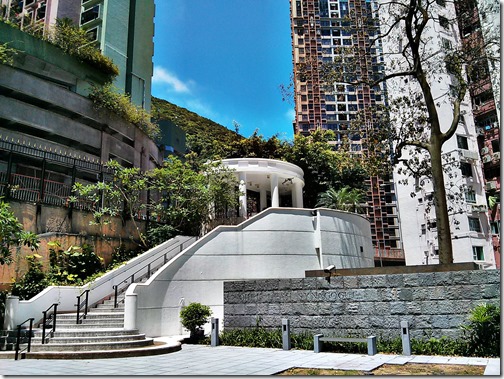 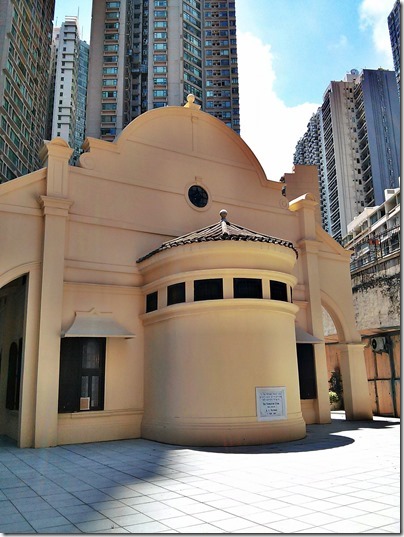 There’s more to the local community than this synagogue building. The building next to it, which you’ll use to pass the strict security check, hosts a school, a supermarket, and a guesthouse/residential-building mainly for the observant Jews living in or visiting Hong Kong and keeping Kosher, Shabbat etc.

If you want to visit for a tour, you’ll need to contact them first and send your passport/HKID details to make an appointment. More info on their website. If you’re Jewish/Israeli and want to attend services or activities, be sure to bring your passport.