One of the must experiences of traveling in Taiwan is the night market culture. There are the nightmarkets that most tourists visit in Taipei – Shilin and Shida perhaps being the most famous of those, and then there are the smaller Taipei night markets.

A CS Taiwanese visitor I took hiking around the Sai Kung National Park in Hong Kong returned the hospitality by taking me to a Taipei night-market one night and introducing me to some of the local cuisine. I’m no stranger to night-markets, having spent many nights around the Tainan night markets but it’s been a long time since I’ve been to one after moving to HK.

In case you’re wondering about the possible options, MKL has another wonderful list of night markets in Greater Taipei with ~25+ night markets spread throughout the city and suburbs. We maybe, just maybe, have 3 in Hong Kong which has 4 times the Taipei population. Isn’t that incredible? 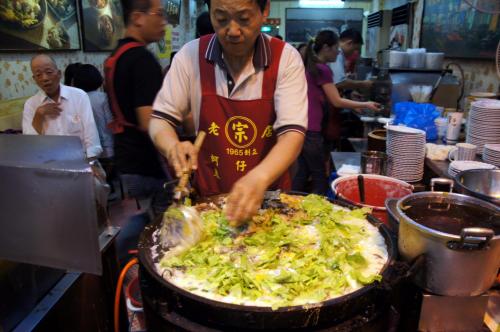 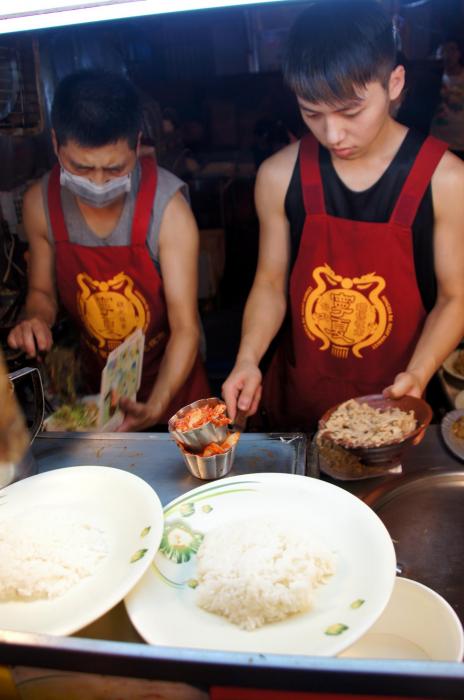 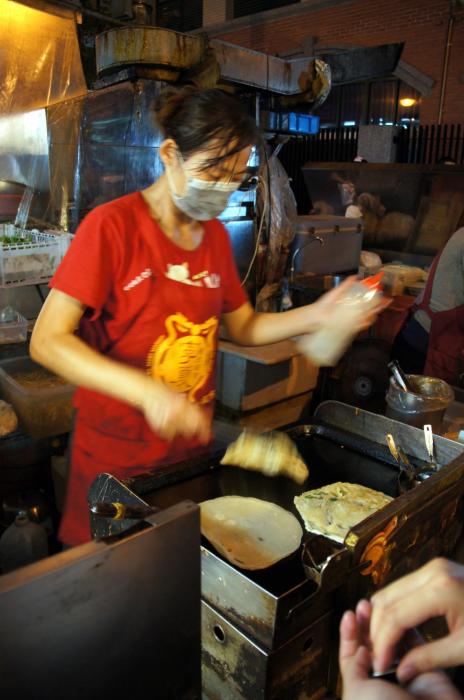 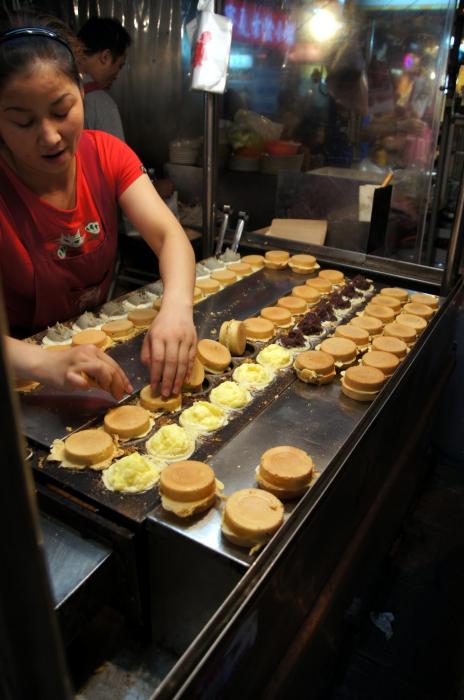 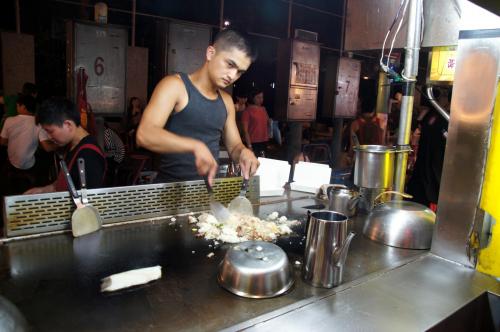 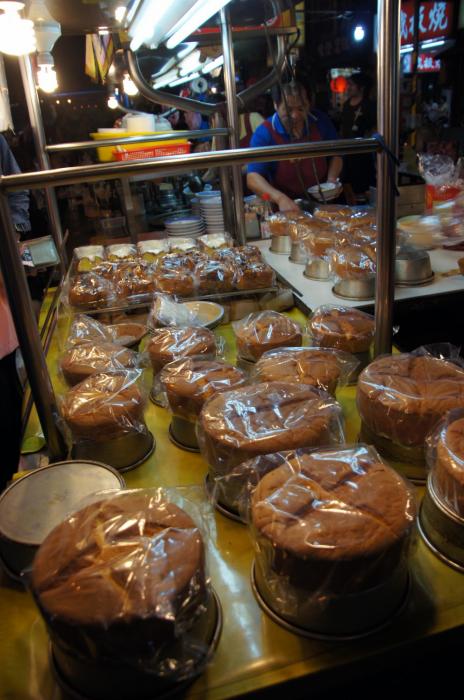 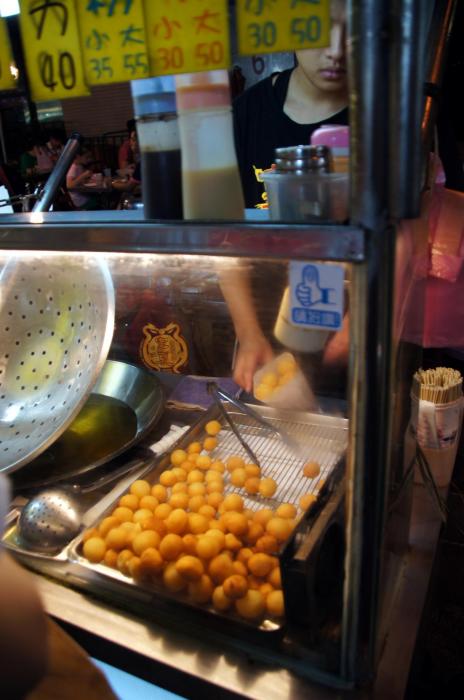 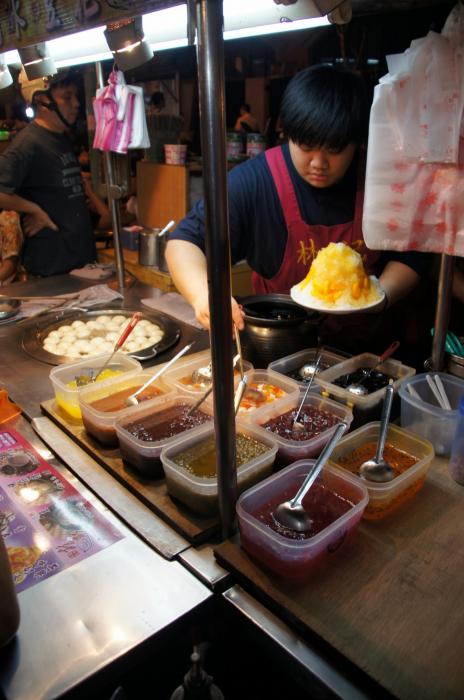 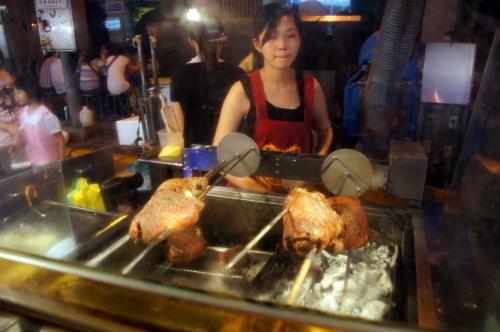 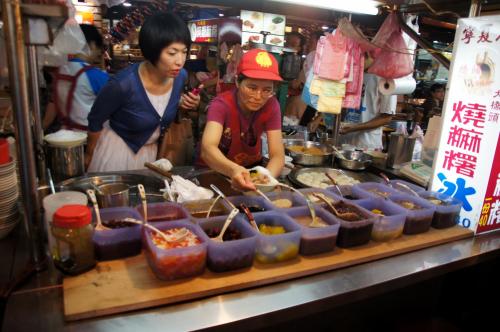 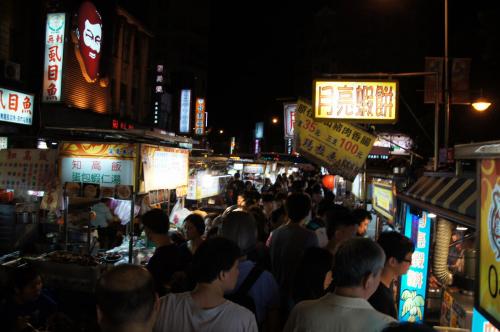 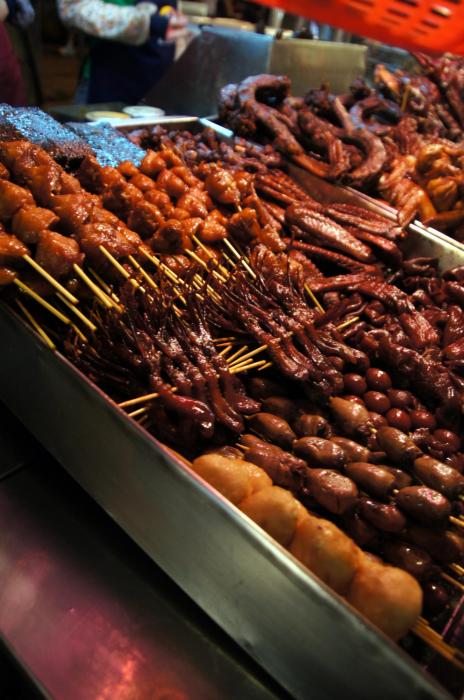 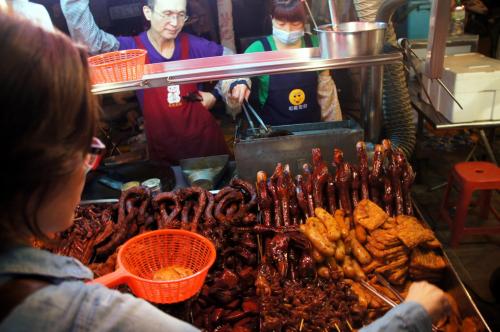 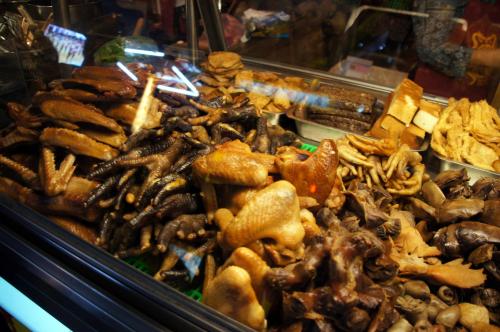 But, you can’t argue about taste.

If food isn’t your thing, you can play some games… 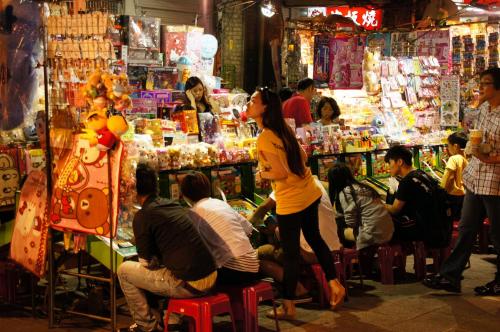 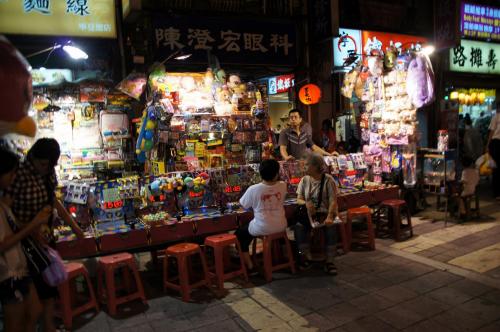 What did we have? lots of simple and delicious things… followed by some ice deserts. 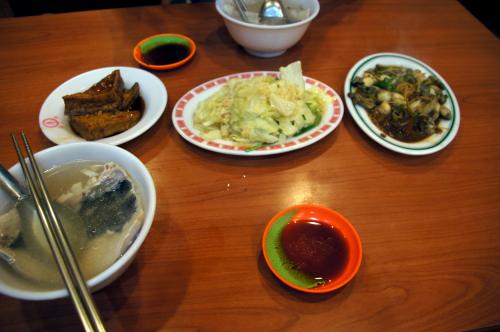 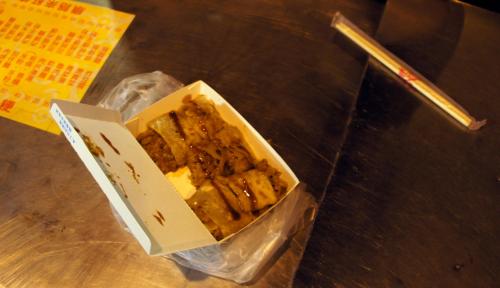 Not too far away from the Ningxia is the famous DiHua street and temple. I have no idea why this specific temple gets so much attention, since it’s really tiny, but it’s a real pilgrimage site. 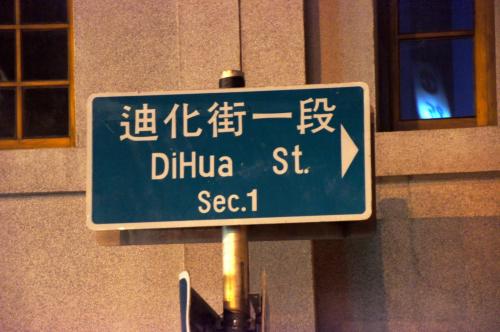 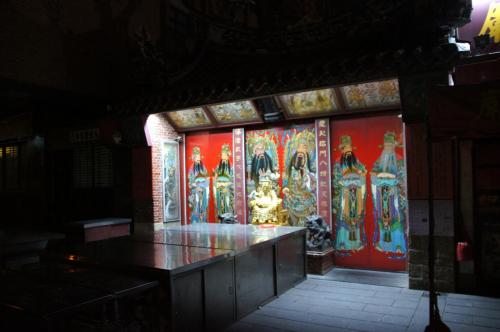 More on the Ningxia Night Market :

This is still one of my favorite night markets in Taipei, but sadly I haven’t been there for a while. Thanks for linking to my list 🙂

It’s a great list, keep up the good work.