On one of the Sundays my mother was visiting I decided to take her to see the Chi-Mei private museum in Bao-An. On the way, I took her to see the church in Bao-An that had a small holocaust museum to promote holocaust awareness in Taiwan. I think it’s touching for Israelis for see this gesture in what seems like the middle of nowhere Tainan County, especially if they’re second generation to Holocaust survivors.

Anyways, after a very warm welcome by the pastor and the community and a private tour we were invited to be key guests at the new years dinner party they were holding that day, to celebrate both Christmas and the new year.

It was a very local celebration… 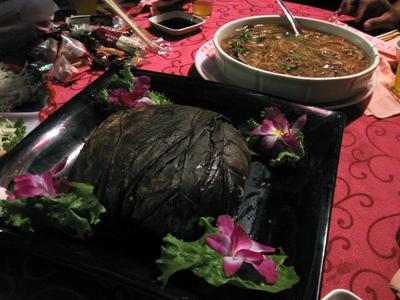 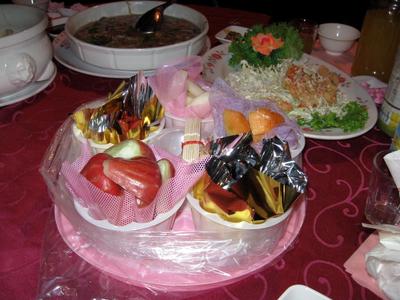 … with alot of performances and singing, mostly – I believe – related to Christianity and the Christmas spirit.

Including some cute community performances. Like this wonderful song from Cape no. 7 …

Compare this to the original –

and… I don’t know what this was, but the old man was dead nervous when he went up to stage but with the encouragement of friends and family made it to the end of the song and then even felt confident enough to re-sing it again. Twice.

The pastor surprised us by inviting my mom to receive a gift that included a photo of me with the community a while back when I was helping them with learning 2 Hebrew songs for their ceremony. 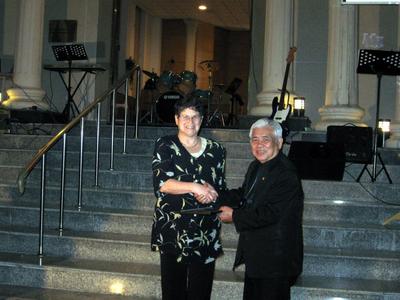 Which were followed by a even more shocking singing performance of a Hebrew song. It was impossible to drag my mother to a KTV joint, but she managed to pull it off in front of a big crowd. It was absolutely hilarious.

Then, when the community responded in Hebrew singing of "we bring peace upon you" she even started dancing with the locals. :O 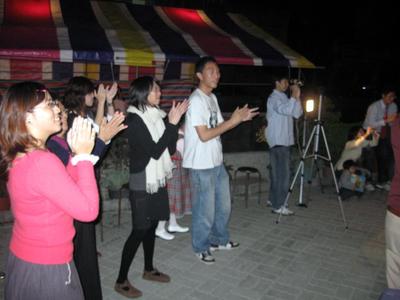 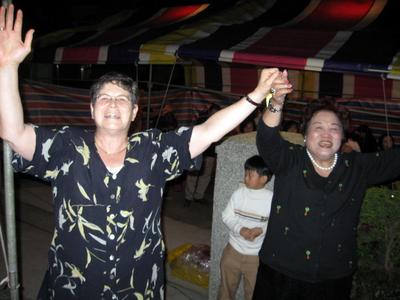 Life’s full of surprises. How odd.

Wow!!It’s amazing to see that video-Taiwanese singing the Hebrew song. I am pretty curious how that made you feel 🙂
Btw,I was expecting to see your mom’s Hebrew singing performance 😀

Wen – A bit awkward, but I naturally appreciated the gesture and their spirits. As for my mother’s Hebrew song, I leave it up to her to decide if she wants it up on the net or not. 😉