Unlike the Tallahassee Museum, which is actually a mini-zoo, the Tallahassee Museum of Florida History does look like a museum. Despite having less than 200000 residents it turns out that Tallahassee has quite the selection of museums, over 8 last time I counted (among those – Knott House, The Mary Brogan Museum of Art and Science, , Tallahassee Automobile Museum, Goodwood Museum and Gardens,   John Riley House and Museum, Florida Historical Capitol Museum) and if you know anything about me by now it’s probably  that I’ll make a real effort to visit all of those by the time I leave Tallahassee.

This visit to the Museum of Florida History was an easy one. The Center for Global Engagement at Florida State University invited all international students and scholars for a museum trip. I figured I could see one of the local attractions while meeting internationals like me. 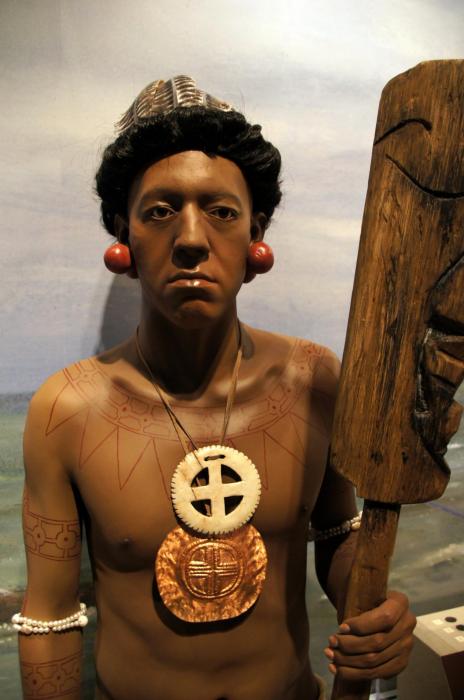 Opened in 1977, the Museum of Florida History collects, preserves, exhibits, and interprets evidence of past and present cultures in Florida, and promotes knowledge and appreciation of this heritage.

As the state history museum, it focuses on artifacts and eras unique to Florida’s development and on roles that Floridians have played in national and global events.

Through exhibits, educational programs, research, and collections, the Museum reflects the ways that people have shaped and reacted to their cultural and natural environments.

I would have to admit I didn’t expect much and so it was easy to surpass my expectations. Turns out that there is some history to Florida state, most of which I was completely ignorant of.

Obviously, the Spanish were here with Saint Augustine being the first settlement in the United States (yes, the entire US) dating back almost as far as Columbus. For a while there were the British, and that introduced a few interesting changes in culture and religion. But that didn’t last long, and the first colonists returned to later make way for an exchange of land with Cuba, making Florida part of the US.

It also goes without saying that here too there were devastating horrifying collisions with the natives, a history often ignored, intentionally overlooked, misrepresented or just plainly twisted around to make things look almost as if they were okay (“considering the times”). Adding insult to the atrocities is the local insistence to name things with names of the former natives, so rather than honoring the glory of the local nomadic Seminoles , this name is now reserved for the local FSU football team brand with their logo being a chief’s head . Perhaps they meant well, I’m not sure, but to me – first time around it almost sounded like a German soccer team with the slogan “Go Berlin Yehudim!” having a Rabbi’s face as the team logo.

But I’m already off the main topic. This museum will tell you about the local history. 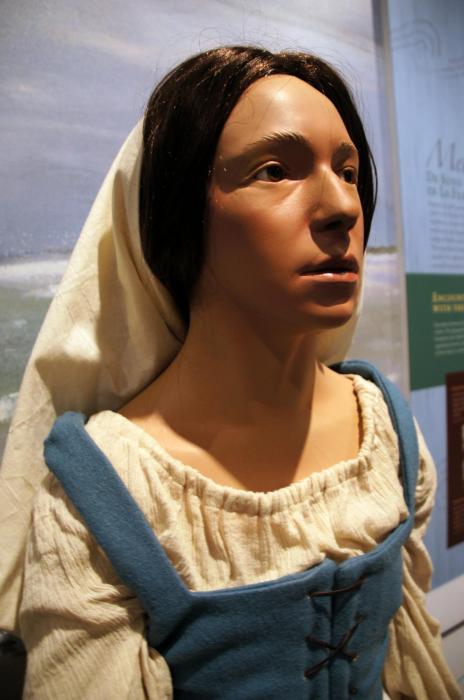 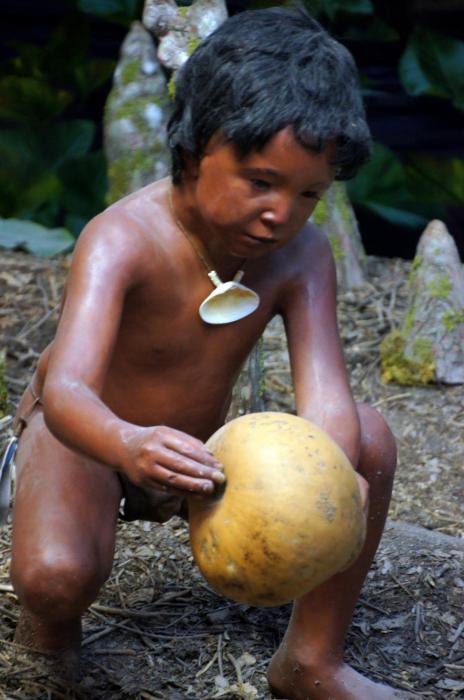 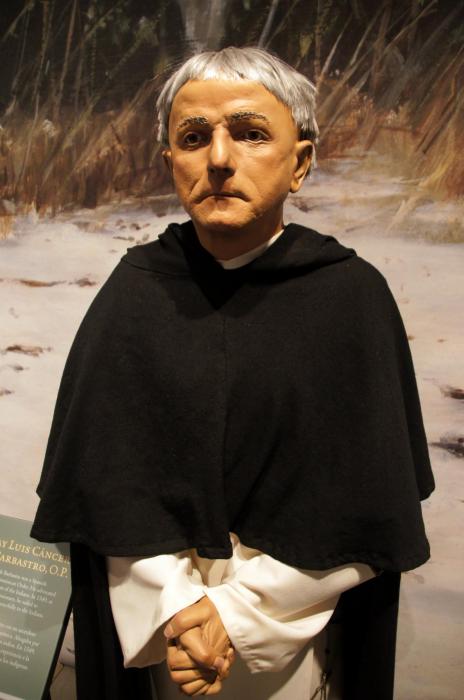 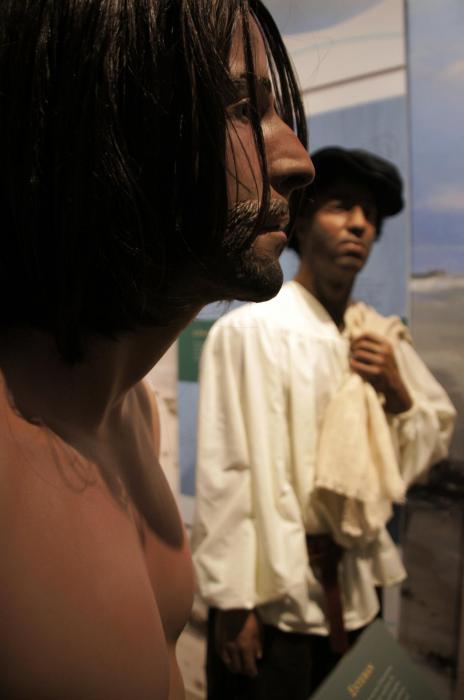 Yep, all those characters will have stories to tell you about their lives in Florida, if you’ll just spare a few minutes to listen to the multimedia recordings.

There are occasionally some interesting artifacts as well… 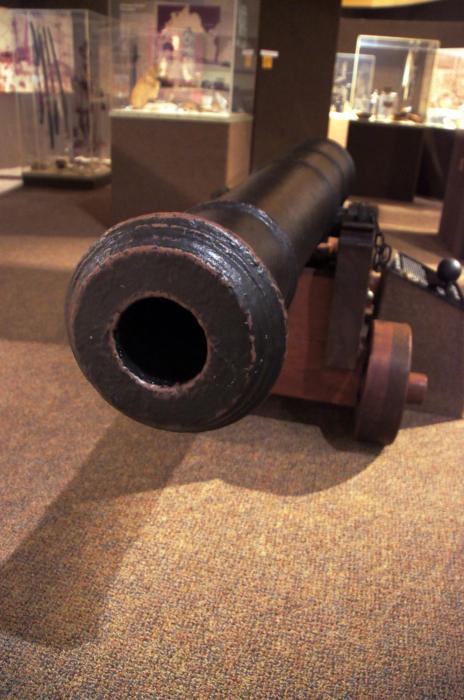 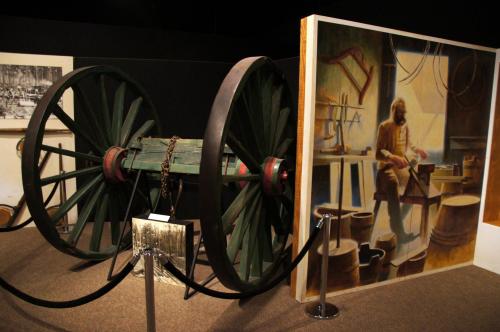 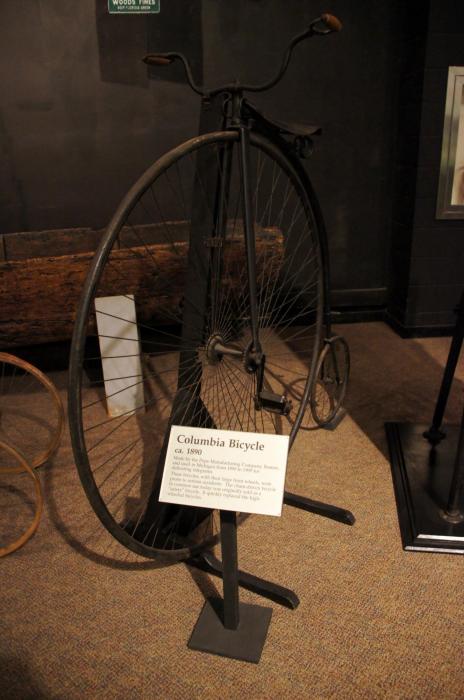 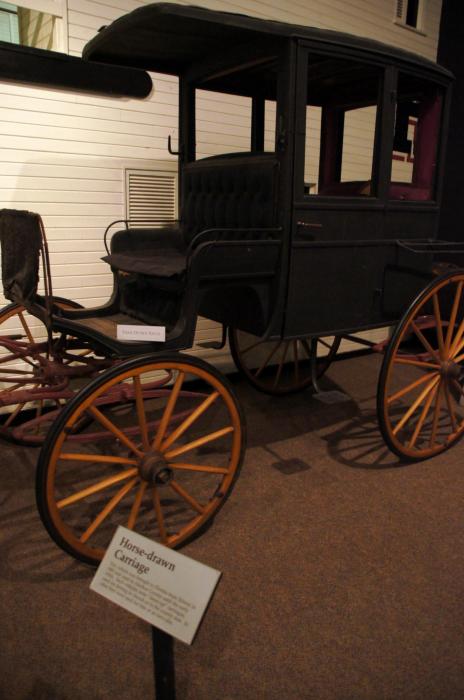 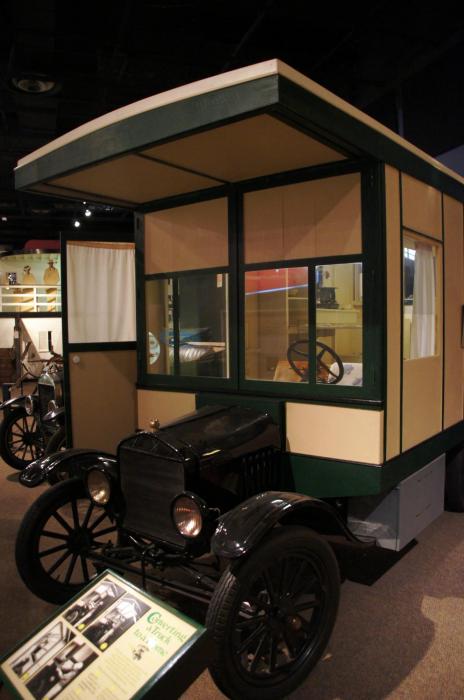 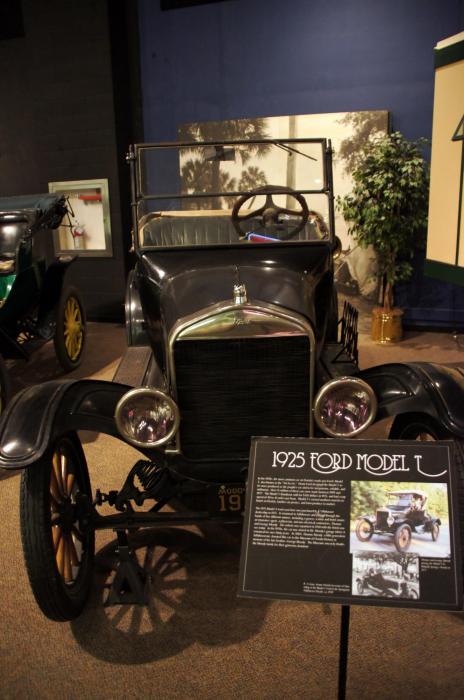 This next one, for example, greatly surprised and frustrated me. Turns out that in 1911 we already had 100% electrical cars that had charging stations across town and drove just as well as the gas cars. Why, you have to wonder, are we struggling so badly with this a 100 years later. Damn you, oil companies. Makes you think, doesn’t it? 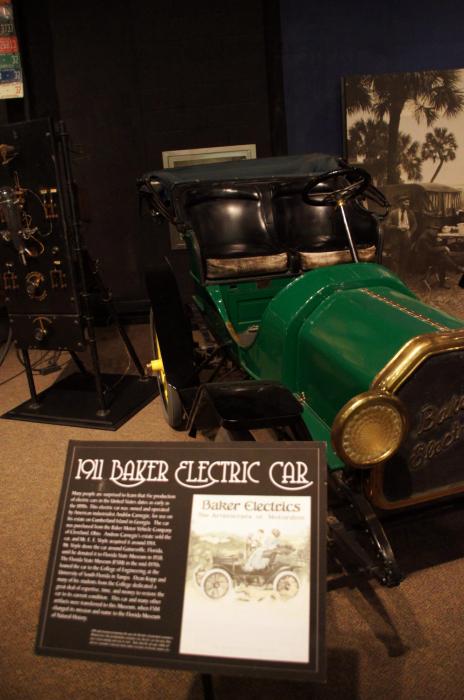 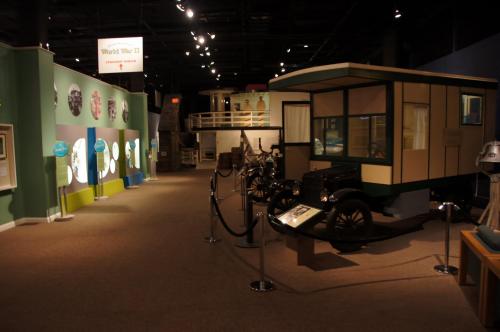 Other things to see? 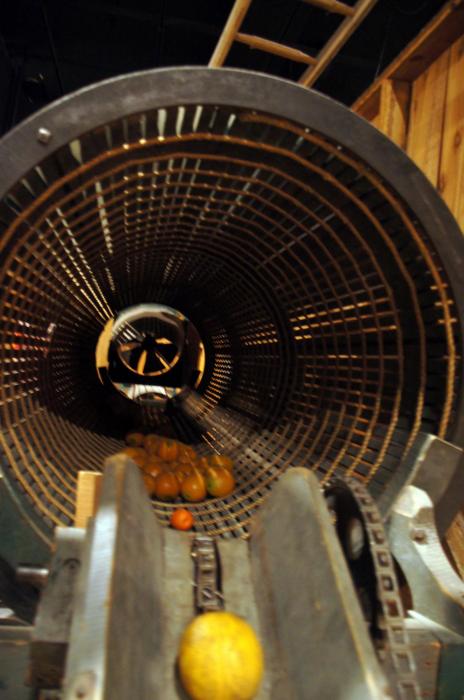 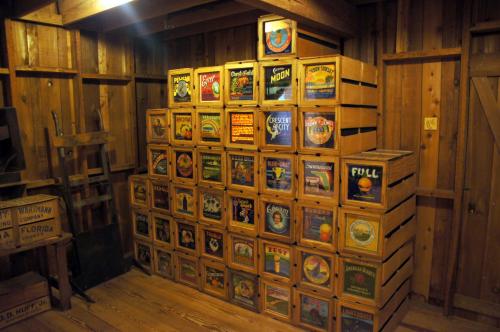 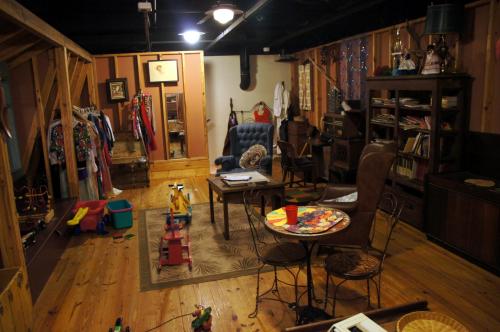 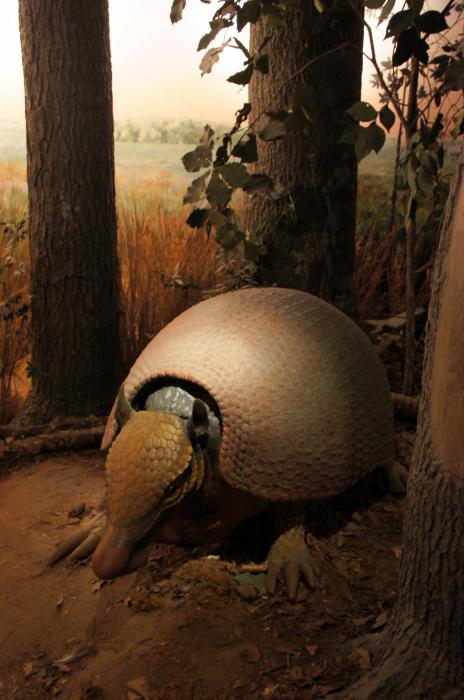 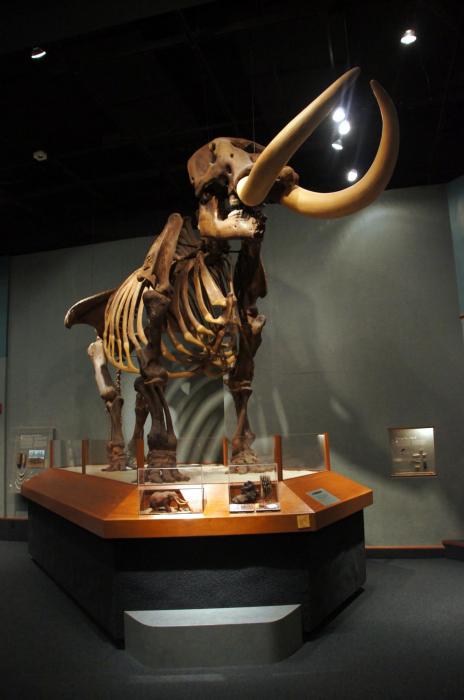 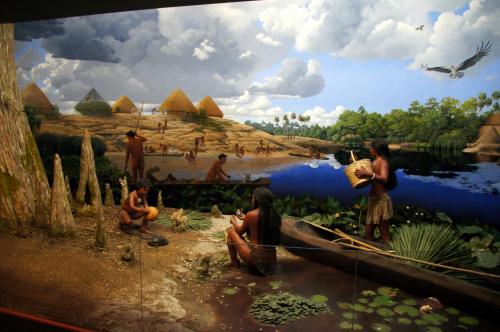 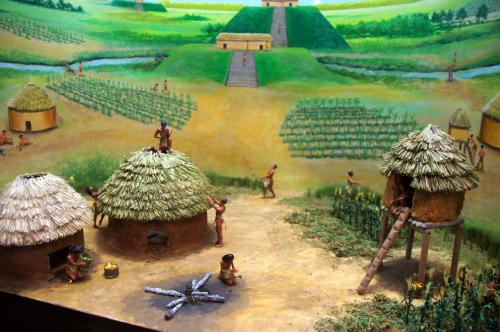 Overall, not a bad way to spend 2 hours on a rainy weekend. Oh, yeah, and met some internationals. Turns out I’m not the only Chinese in FSU. 😛 🙂