The Kyoto temples are not just a place of worship, they are a place of beauty, contemplation, and spirituality. In almost every temple is a gorgeous Japanese garden made to calm the soul, lift the spirit and provide peace and serenity.

Close to the Kyoto Art complex, are two examples of lovely small Japanese gardens I saw while on my Kyoto temple run and decided to go in an have a peek – the Murin An Villa and the KonchiIn Temple gardens.

This one isn’t a temple, it’s a restored private Japanese villa that has a small private garden. 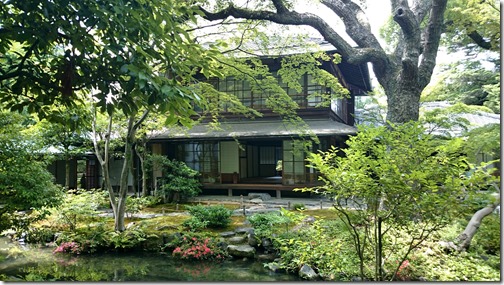 Murin-an is a Japanese villa and garden built between 1894 to 1898 by Aritomo Yamagata, an Elder Statesman (advisor to the emperor) from the Meiji and Taisho Period. In 1941, the Yamagata family donated Murin-an to Kyoto City and in 1951 it was designated as a National Place of Scenic Beauty, which led to its’ current popularity.

Jihei Ogawa VII (7th) created this garden under Yamagata’s instructions. The garden’s central point is the Higashiyama Mountains with a spacious and bright open lawn area. This naturalistic scenic garden received high ratings ever since it’s creation. Also, the water in the light flowing stream is from the Lake Biwa Canal. This villa was a pioneer in creating the villa cluster of the Kyoto Okazaki & Nanzenji neighborhood. The villa is composed of three architectures; an austere two-story main building composed of wood, a Yabunouchi-style tea house, and a two-story red brick Western-style House. 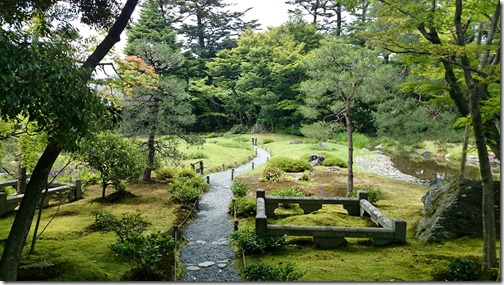 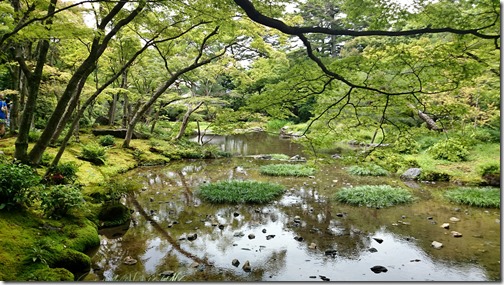 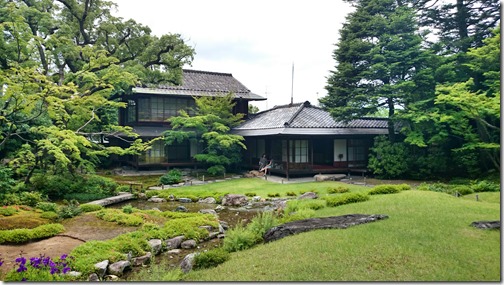 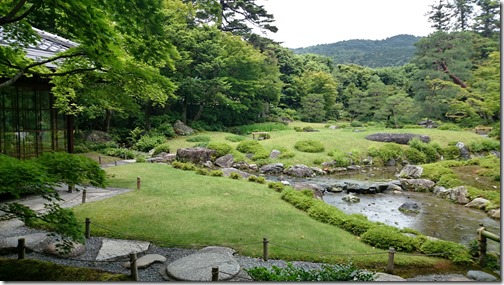 Walking east near the Kyoto Zoo… 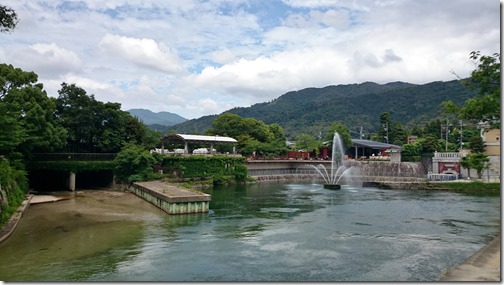 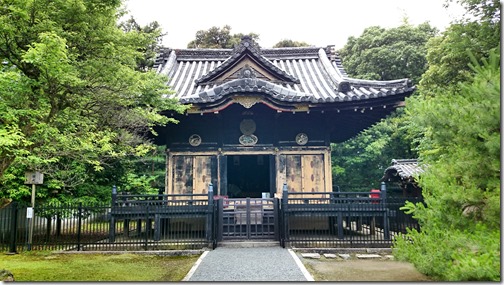 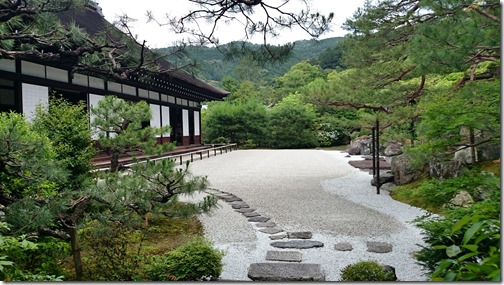 Konchi-in Temple Garden is said to have been laid out by master gardener Kobori Enshu (1579-1647). Unlike the typical Zen temple which is simple in all respects, this garden is unusually ornate. It is arranged in the shape of a crane and a tortoise facing each other. Tsuru-jima (crane island) on the right is composed of a stone for the cranes head and other stones for its wings, plus pine trees planted at the back. Kame-jima (tortoise island) consists of a stone for the tortoise’s head, and other stones for claws, legs and a tail, all of which are positioned around the stones representing the shell. In the foreground, white sand is spread to symbolize the sea. In Japan, the pairing of crane and tortoise is believed to be a symbol of good fortune. The garden was created as a prayer for eternal prosperity.’ 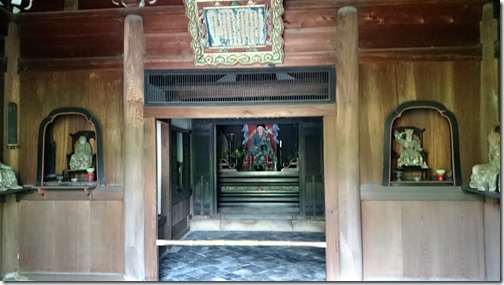 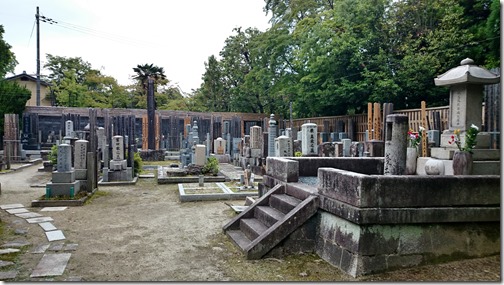 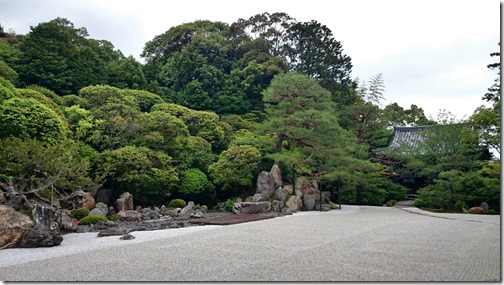 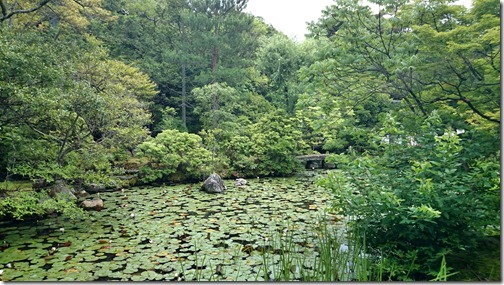