To continue my Kyoto temple run, I went up the mountain to visit the lovely Kiyumizu Dera temple. To get to this temple you’ll go through some wonderful yet highly commercialized Japanese old-style shopping streets offering some of the local snacks and cuisine. Once you enter the temple complex and arrive at the temple top, you’ll see wonderful mountain scenery and distant views of Kyoto. The temple is very picturesque and you’ll come across boys and girls dressed up in Kimonos walking around taking traditional Japanese romantic photos. Definitely a charming little mountain escape. 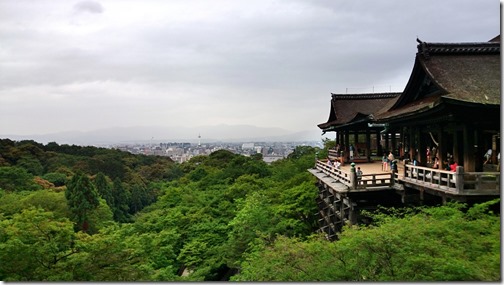 Located halfway up Otowa Mountain in the eastern part of Kyoto City, Kiyomizu-dera is a historic temple that was established in 778, even before Kyoto became the capital of Japan.

Since its foundation, the temple has burned down many times. Most of the current buildings were rebuilt by the third Shogun Tokugawa Iemitsu in the early Edo period (1631 to 1633).

The Main Hall (Hondo) of the temple is designated as a national treasure. The temple has many other important cultural properties including the Deva gate, west gate, three-storied pagoda and bell tower. In 1994, it was registered on the UNESCO World Cultural Heritage List as one of the Historic Monuments of Ancient Kyoto.

The two most famous places of the temple are the Main Hall, where the Eleven Headed and Thousand Armed Kannon Bodhisattva – which is famous for the power of answering prayers – is enshrined and Kiyomizu Stage, which is the veranda of the Main Hall extended over a precipice.

Kiyomizu Stage was built using a special method; huge 12-meter high keyaki (Japanese Zelkova) pillars were assembled without using a single nail and the floor was installed using more than 410 cypress boards. The View of the city center of Kyoto from the Stage is magnificent.

Kiyomizu-dera (the temple of clear water) was named after Otowa Waterfall. Water from a spring in the mountain has been falling there since its foundation. Fifteen colorfully-painted halls and pagodas stand in its verdant precincts.

The beauty of Kiyomizu-dera is enhanced by the cherry blossoms and fresh verdure in spring and colored leaves in autumn. It is well known as a landscape that represents Kyoto. 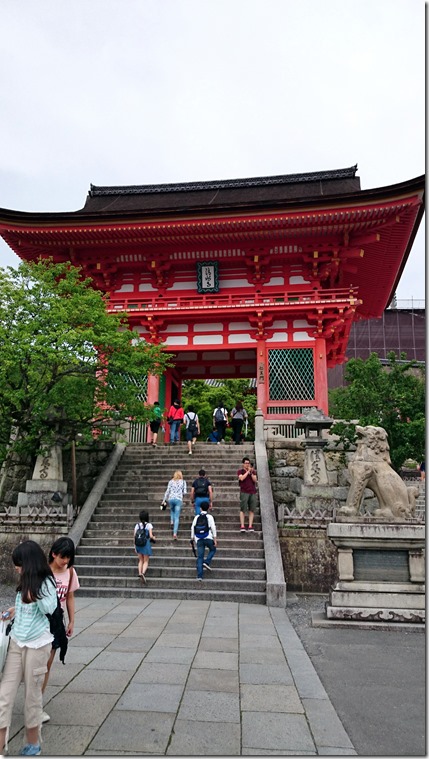 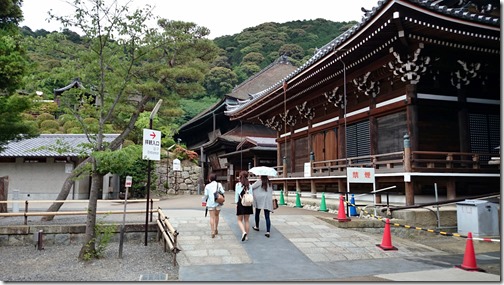 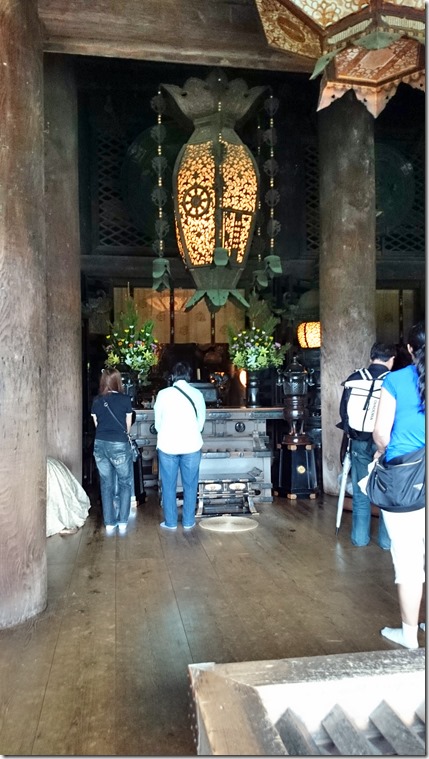 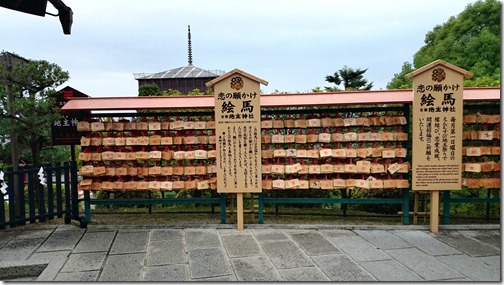 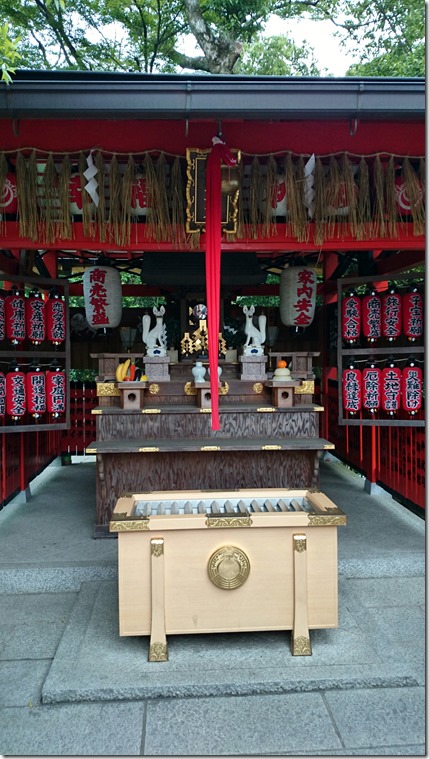 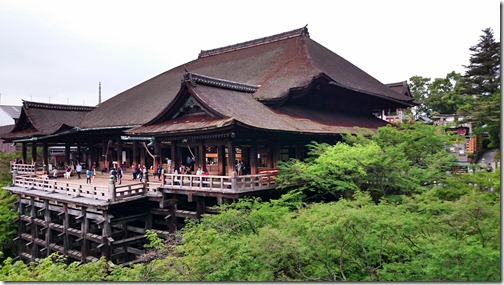 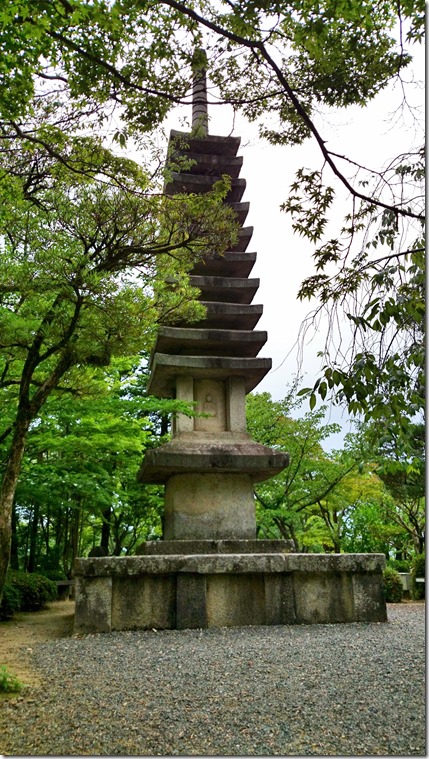 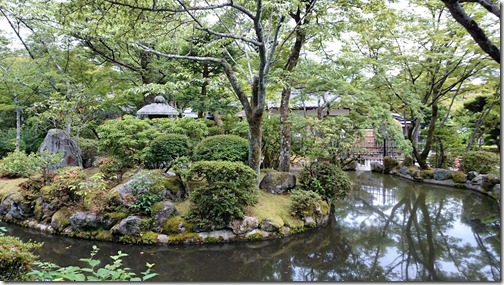 With some lovely Kimono girls… 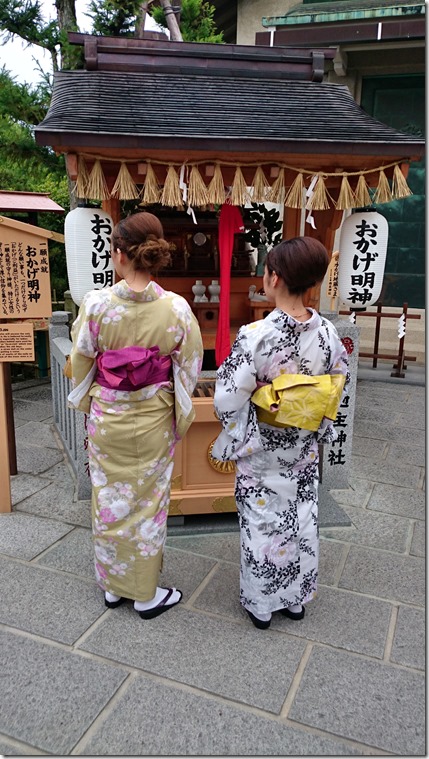 The shopping street leading up to the market is very lively, filled with action… 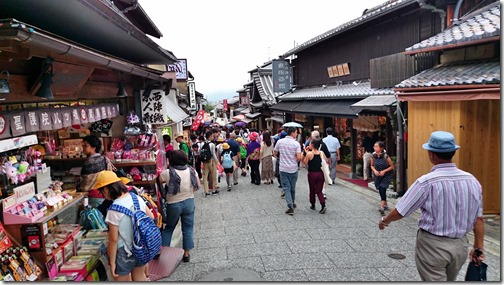 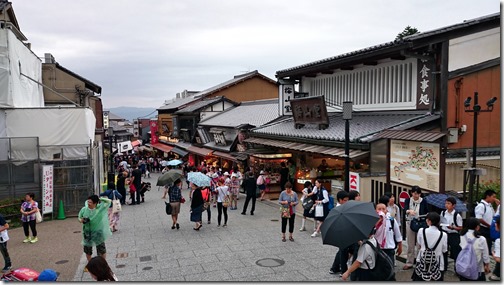 A map of the temple complex :

The second temple on my Kyoto temple tour and very different from the first one I covered – the Heian Jingu Shrine. More to follow soon…